The colour of these rare coyotes are not because of the difference in species but a mere melanistic difference. The rarity of these predators make them a prized possession in the hunting collection of hunters. 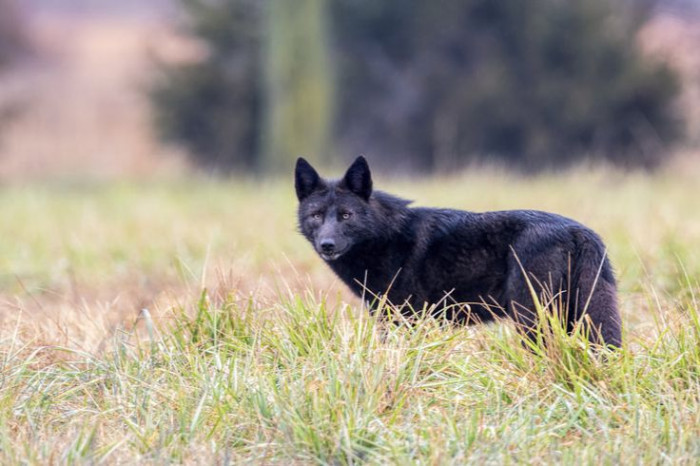 Coyotes are the members of the dog family once lived primarily in open prairies and deserts, but now roam the continent's forests and mountains. They have even colonized cities like Los Angeles, and are now found over most of North America. Coyote populations are likely at an all-time high.

Coyotes are formidable in the field where they enjoy keen vision and a strong sense of smell. They can run up to 40 miles an hour. In the fall and winter, they form packs for more effective hunting. Coyotes are smaller than wolves and are sometimes called prairie wolves or brush wolves. They communicate with a distinctive call, which at night often develops into a raucous canine chorus. 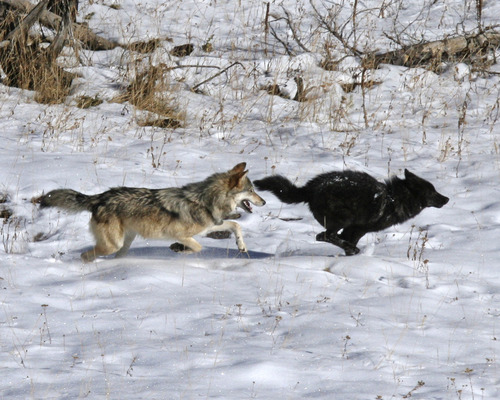 Black Coyotes are not a different species from the Coyotes, It is just that the color pattern is rare for this animal. Other examples of this exact phenomenon is present in the wildlife community and these animals too are often confused as different species when they are in fact the same species, just with different coloring. 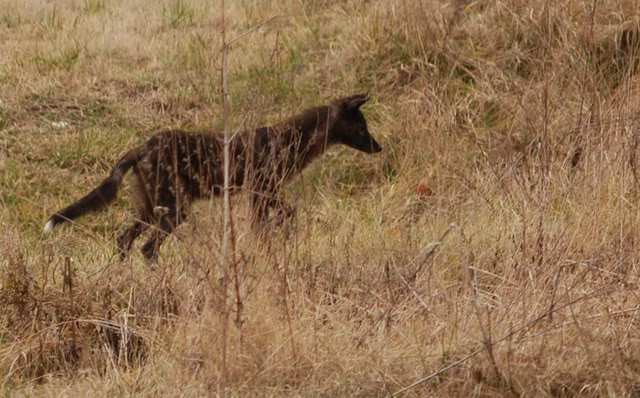 You have to be patient with any rare animal. However, hunting down a black coyote starts with the ability to notice one before making the actual hunting. Ordinarily, a black coyote will have a black tail with a white tip. Hence, you need to check for the white tip at the end of the tail to distinguish a black coyote from other predators.

3) They Live In Isolated Areas 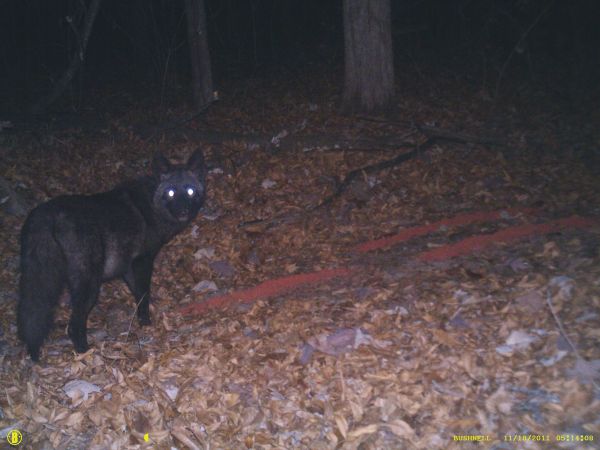 Spotting a black coyote in the night is like finding a needle in the haystack. However, word has it that black coyotes are quite reserved and you are likely to find them in isolated areas.

4) And Areas With Abundance Of Prey 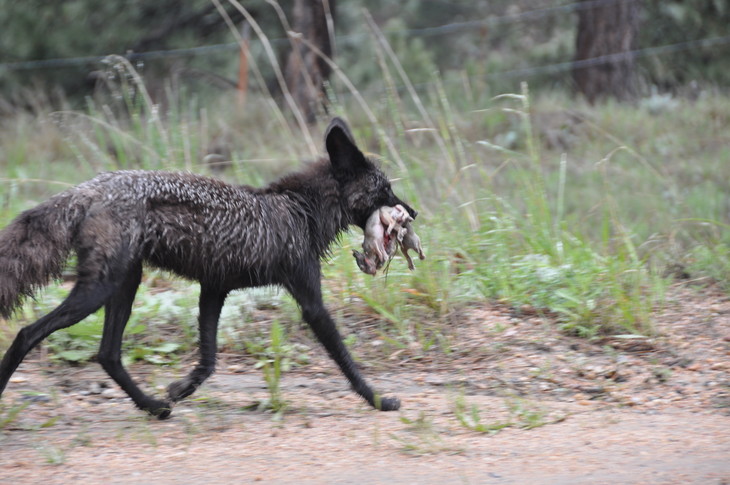 Black Coyotes look for areas with lots of prey. As it is a solitary animal, you can find a space with lots of prey and you are likely to find a black coyote. Since they hardly travel long distances in search of food, they will congregate in areas with food.

5) They Can Also Be Spotted Around Mountainous Regions

Source = "Wildlife Behind Our Home in Hendersonville, NC"

Black Coyotes can also be found in mountainous regions and areas with good hiding grounds. Places with caves and bushy areas will be fertile hunting grounds, as the predator will have right hideouts. It is such characteristics that make the animal highly elusive as hunting it night becomes more difficult with bushes and thickets blocking your vision. 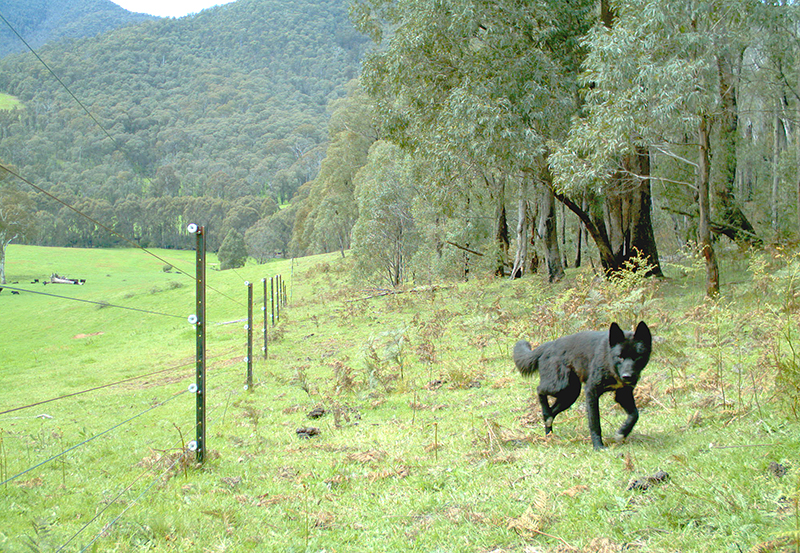 The black coloration also has its roots in dogs, either directly inherited from crossbreeding with dogs and with interbreeding with wolves that inherited that gene from dogs.

7) Coyotes Facial Characteristics Can Help Identify Them From The Wolves 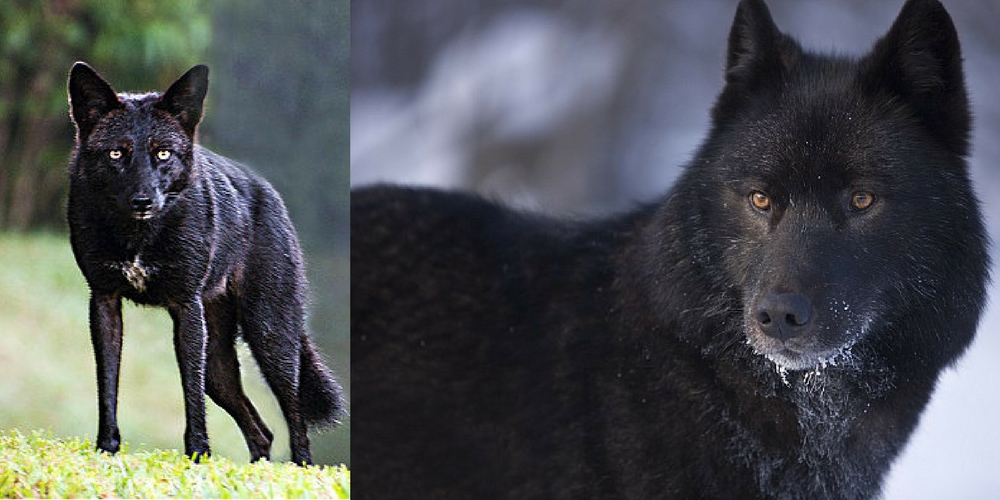 Coyotes and Wolves have similar coat colors, but different facial characteristics. The coyote on the left has a narrow snout and small nose pad, with large ears relative to its head size. The wolf on the right has a broad snout and large nose pad, with small ears relative to its head size. Wolf pups in mid-summer and fall can closely resemble coyotes, and it can be nearly impossible to tell them apart.

This is a high quality scent for attracting coyotes because it has a very long range and thus can attract a coyote in a large swathe of its territory. 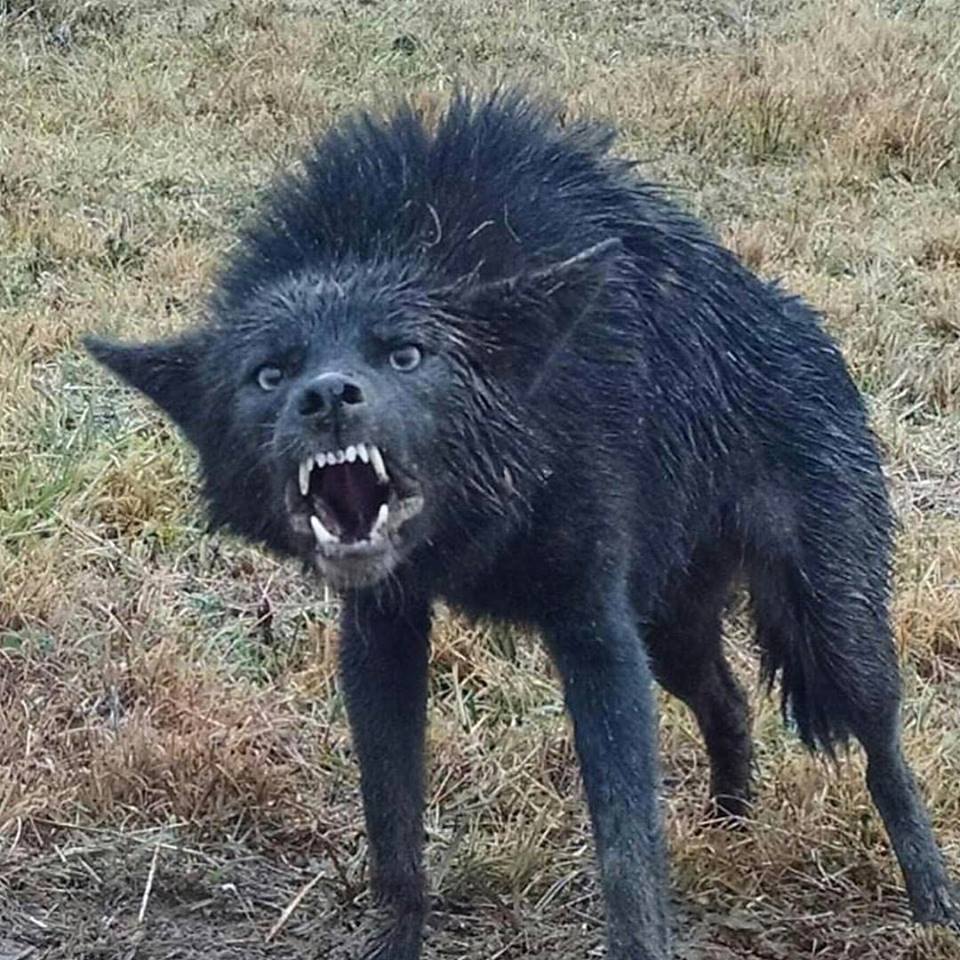 The black coyote being a rare species you may find then along with other coyotes. Thus keep the fire burning and one day, you are likely to find one on your hunting list.

5 Things You Should Know About Charlie The Oldest Living Dog