We all like to go on long drives once in a while! But do you know some of the roads in the world offer breathtaking views? So here are some of the world’s most exciting roads.

Nothing is as exciting and refreshing as going on a road trip and enjoying the magnificent sceneries with your loved ones. Imagine a road trip in a car, as you ride through the path filled with overwhelming landscapes on both sides. It feels spectacular! Doesn’t it?

Various roads in the world with eye-catching and heavenly views await you to take a trip. The thrilling beauty of these roads will refresh you more than anything. So pack your bags, sit in your car, and get ready for a beautiful and memorable road trip. 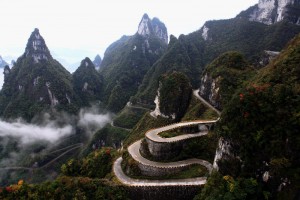 Tianmen Winding Mountain Road is a nearly 6-miles-long road situated inside the Tianmen Mountain National Park, Zhangjiajie. The road to arrive at the top is 1.1 kilometers long from the bottom to the top. The maximum point of the road is 1.3km above sea level. The cable car also can be used to see the road.

Also known as the “heaven-linking avenue,” this road leads to Tianmen cave or Gateway to Heaven - a natural rock arch cut into the mountain that is accessed by climbing 999 steps. It can be navigated by bus, and the 99 hairpin bends on the road makes it one of the world’s most dangerous roads. 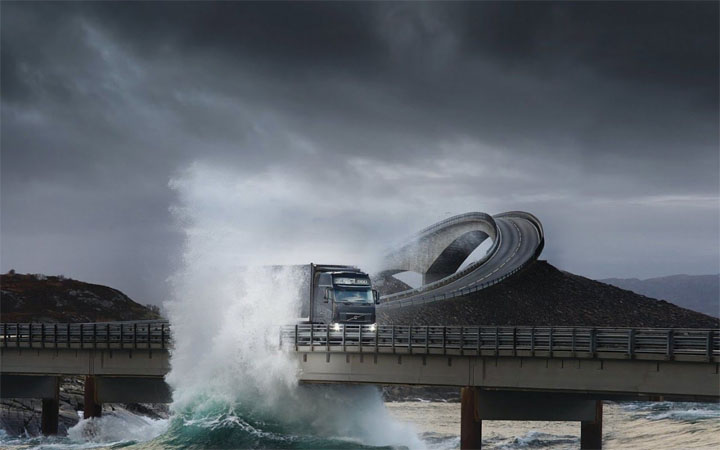 Atlantic Ocean Road is a 5-mile-long road in the midwest part of the Norwegian coastline. It links the villages of Vevang and Karvag through a beautiful archipelago and series of low-lying bridges.

A driving enthusiast’s dream, it gives you one of the most beautiful drives in the world. Also listed among the world’s best road trips, driving along this road is like swinging on the edge of the sea. This road offers the most dramatic twists and turns through the storm-prone seas and across the tallest bridge of the road, Storseisundet Bridge. 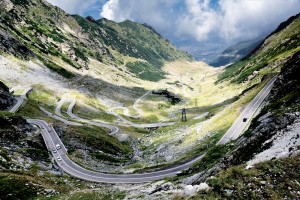 The Transfagarasan has an impressively high elevation highway 90 km long, which traverses the peak of the Fagaras Mountains, the biggest route in Romania. It is the highest and the most dramatic paved road, which was built as a military route by former dictator Ceausescu between 1970 and 1974. It connects the historic regions of Wallachia and Transylvania and the cities of Sibiu and Pitesti.

Featuring 90 km of twists and turns, it is situated across the tallest sections of the Carpathian Mountains between their highest peaks. Atop the mountains, this road offers access to Balea Lake - a glacier lake that is in existence for thousands of years. A kilometer-long tunnel is also situated straight through the mountain.

The northern end of the road is spectacular. It has steep hairpin turns, sweeping S curves, and sharp descents along with stunning views. From October to June, it stays closed because of snow. 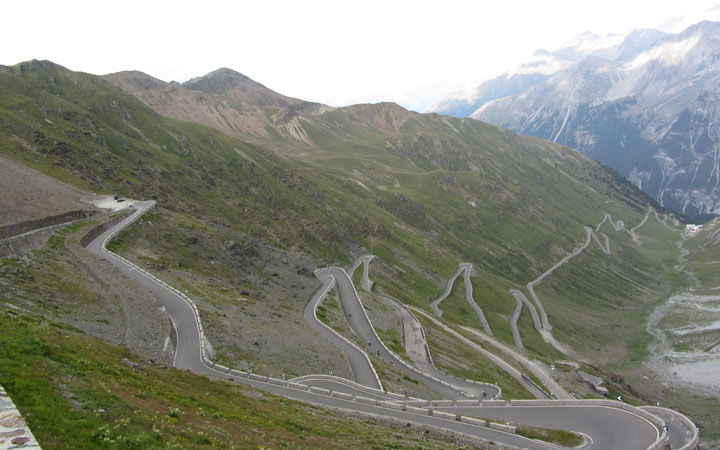 Considered the greatest driving road in the world and also one of the most challenging roads, Stelvio Pass is a 9,042 feet long road situated at the northwest base of the Ortles mountain range in northern Italy near the Swiss border. It connects the Valtellina with Merano and the upper Adige valley from the Eastern Italian Alps.

The 2nd highest paved mountain road in the Alps, it is located at an altitude of 2757m. One of the world’s best continuous hairpin routes, it has become popular for its 48 hairpin bands and narrows at some points, and has some steep inclines. 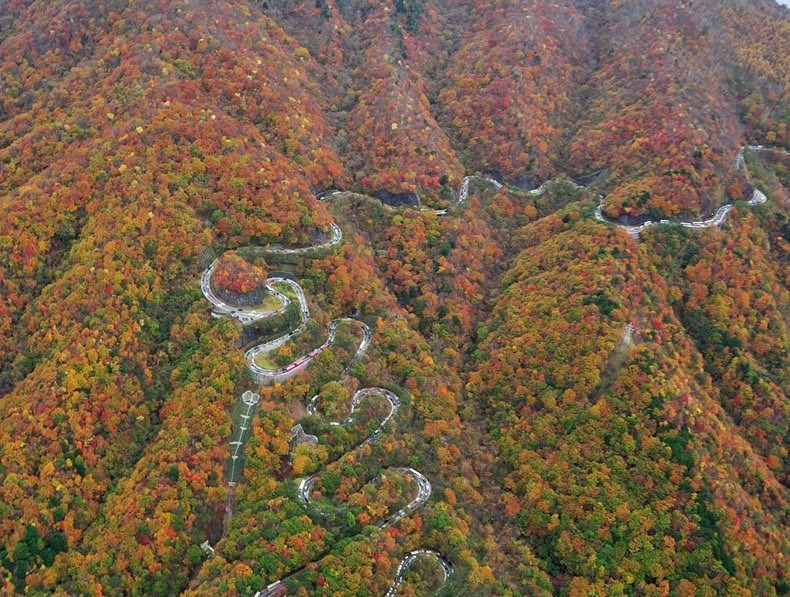 Iroha-Zaka Road is a pair of winding roads in the mountains of Togichi Prefecture in Japan that has 48 curves. During the autumn season in October, the traffic can be very heavy and quite congested.

It connects the lower elevations near central Nikko city and Lake Chuzenji to the higher elevations of the mountainous Oku Nikko range. If you ever plan to visit Lake Chuzenji (Chuzenjiko) area, visit it on weekdays and not on the weekends. 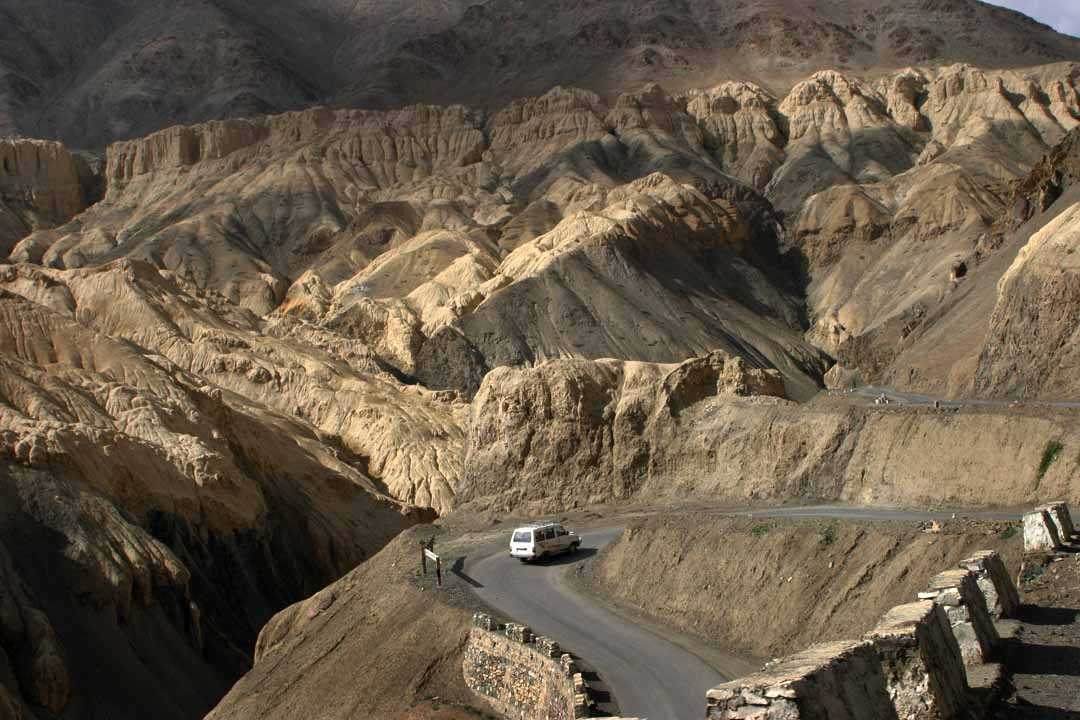 A sight-seeing road, the Leh-Manali Highway, is one of the most extraordinary and dangerous roads in the world. It crosses five mountain passes, of which two are more than 5000m above sea level.

Located in northern India, it connects Leh in Ladakh and Manali in Himachal Pradesh. It is open only during summer months when the Indian Army clears the snow. Until October, the snow blocks the passage once again.

Designed and constructed by the Indian Army’s Border Roads Organization, it is also responsible for maintaining the highway. It is capable of supporting heavy military traffic. 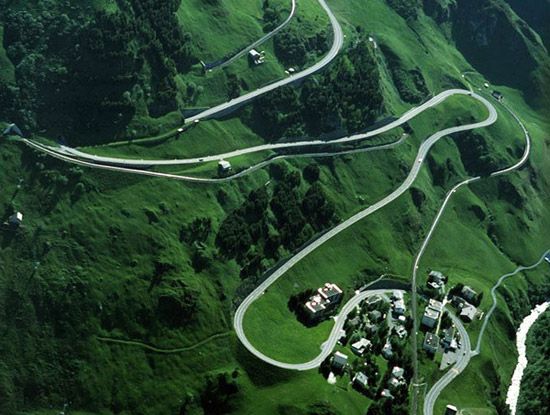 An incredible road in the high mountain pass of Switzerland, the Oberalp Pass is an important link between Central Switzerland and the Graubunden Oberland. Popular among drivers from Europe, it is open only during the summer. During the winter months, the pass is closed for road traffic. The road is used as a ski slope, toboggan run, and hiking trail.

The Matterhorn-Gotthard-Bahn railway line runs round the year and offers a limited shuttle for cars in winter (requires reservation). The closure of the pass depends on the snowfall and other unforeseen reasons.

Have you ever driven on any of these world’s most exciting roads? If you have, which one is it & how was your experience?