Thor’s Well: “Drainpipe Of The Pacific” Lying On The Edge Of Oregon Coast

Off the Cape Perpetua coast in Oregon, Thor’s well is a natural watery wonder that appears to be draining the Pacific Ocean. I... 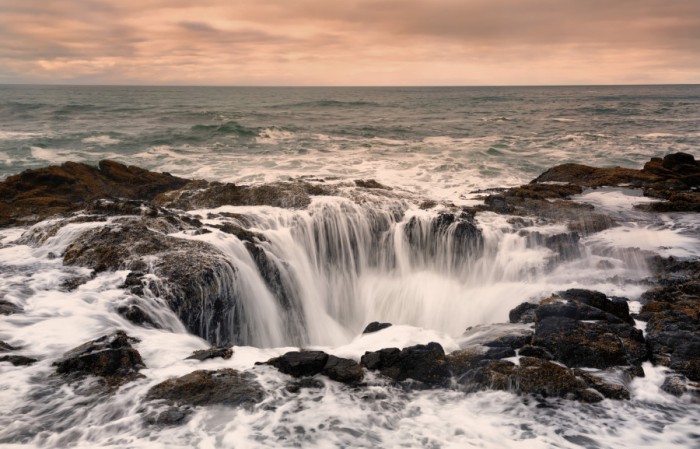 Off the Cape Perpetua coast in Oregon, Thor’s well is a natural watery wonder that appears to be draining the Pacific Ocean. It is known by many names including “drainpipe of the Pacific”, “gate to hell” and “gaping sinkhole”.

It’s a popular bucket-list item for a photographer looking for some kind of an exciting adventure. But beware; it may swallow you completely if you venture too close.

To catch a glimpse of this natural beauty, you need to go to the south of the Cape Perpetua Visitor Center in Cook's Chasm, Oregon and see it below the west of Highway 101.

It Was Probably A Sea Cave Earlier Whose Roof Eventually Collapsed 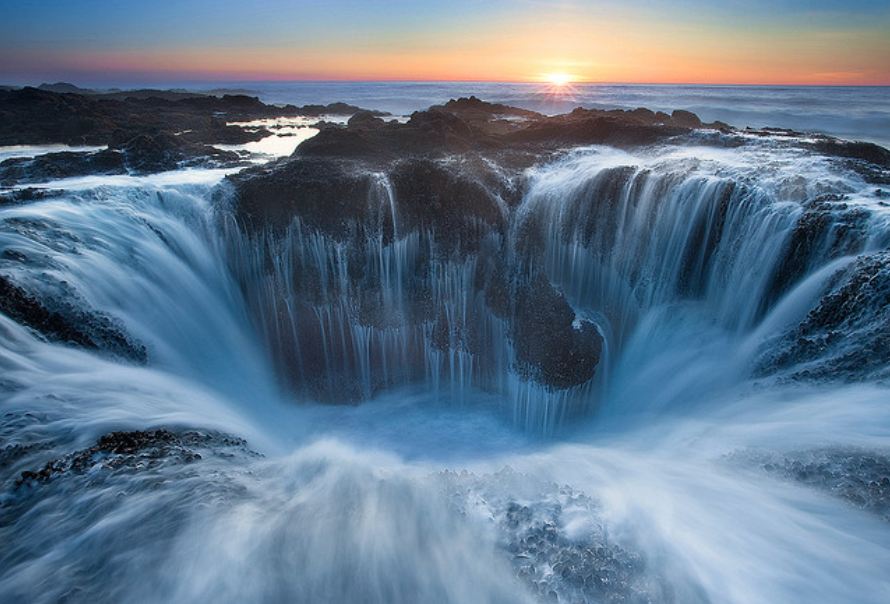 According to Coast Explorer publisher & “Ask Oregon” expert Gary Hayes, the feature was probably a sea cave dug out by the waves whose roof eventually fell down and left holes at the top and bottom through which the ocean now surges and spouts.

During high tide, the waves below the bowl roll and fill the hole from the bottom until it bubbles out of the top or spews up violently. The water then runs back into the hole making it appear as if it’s filling and draining endlessly. It’s a scenic sight when the ocean experiences high tide and its mechanisms can be seen when it returns at low tide.

An incredible and wonderful gigantic bowl-shaped hole in the Pacific Ocean, Thor’s well is basically a salt water natural fountain carved out of a rough basalt shoreline which is both unpredictable and at its best during a winter storm or high tide.

If you keep the circular shape and behavior aside, it resembles other features located nearby- Cook’s Charm and Devil’s Churn and spouting horn. 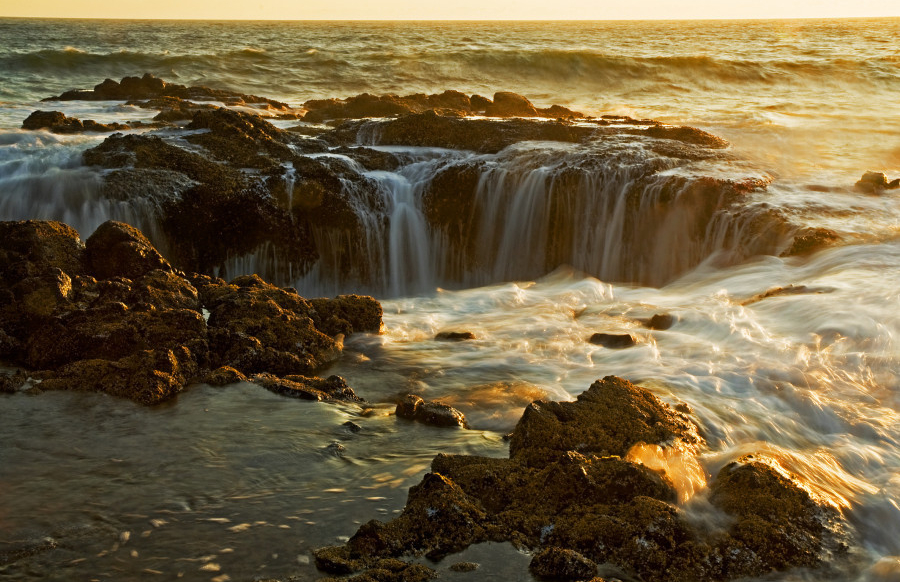 Though Thor’s well is known to be a precarious spot. Well, it is, but not for the reasons that people think it to be. A lead field ranger at the Siuslaw National Forest Vicki Penwell said that it’s actually the ocean that’s dangerous and not Thor’s well. A tough wave can take you to the watery hole from anywhere along the coast.

Penwell mentions three incidents at the site in which the people were hit by waves while they were looking at the feature. They weren't drawn into the hole (or transported to hell), but they found hell lot of scrapes and cuts against the sharp volcanic rock. 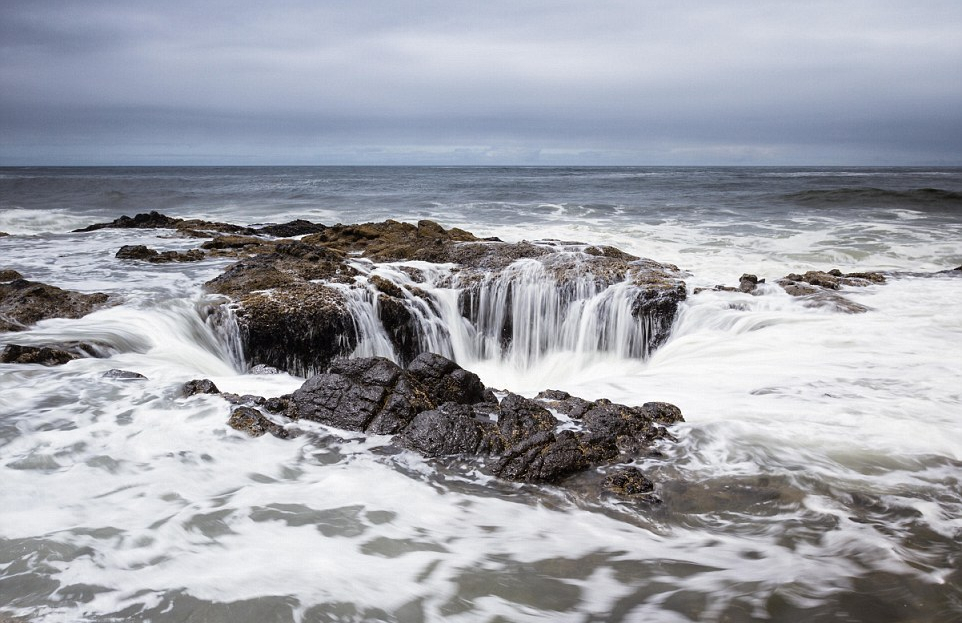 "The big waves come in like you see in the distance, they fill the hole with water and whoosh, it flies out of there... not every wave does this, it’s a matter of timing and wave size. I would guess this hole is about 20 feet deep and anyone who were to fall in would never EVER survive."