Randall’s Island Park: The ‘Little Barn Island’ With a Dark Past

Away from the glitz and glam of Manhattan, Randall’s Island is one of the places where poor and ailing people are sent for tr...

Away from the glitz and glam of Manhattan, Randall’s Island is one of the places where poor and ailing people are sent for treatment and criminals for confinement. It spreads over the Manhattan borough of New York City. This ‘island of undesirables’ remains isolated from Manhattan by Harlem river, from the Bronx by the Bronx Kill, and from Queens by the East River & Hell Gate.

The island is sparsely populated and is known to have a living population of 1648 in 2010. Spanning across 520 acres, the majority of the island is a parkland that spreads across 432.69 acres. The Randall’s island parks have several playgrounds, picnic grounds, greenways, athletic fields, and a driving range. Two multi-day music festivals Governors Ball Music Festival and Panorama Music Festival are held at Randall’s Island. (17.1)

Though referred to separately, Randall's Island and Ward's island are conjoined islands now and are together known as ‘Randall’s and Ward's island’. Both of them were distinct islands back in the early 1960s. The channel ‘Little Hell Gate’ kept both the islands secluded then which later got filled. 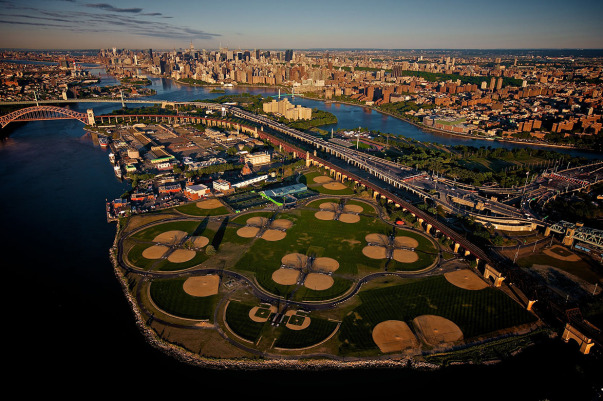 Then in 1722, a British army engineer John Montresor bought the island and renamed it Montresor's Island. In 1778, he resigned from the commission and went back to England retaining the island’s ownership until 1783. The island got its current name from the new owner ‘Jonathan Randell (or Randel)’ after the Revolutionary war in November 1784. (17.2)

In the past, the island was used for hospitals, cemeteries, and asylums. At present, it has many public facilities such as a number of homeless shelters, psychiatric hospitals, wastewater treatment plants, fire academies, and state police stations.

How to Get There? 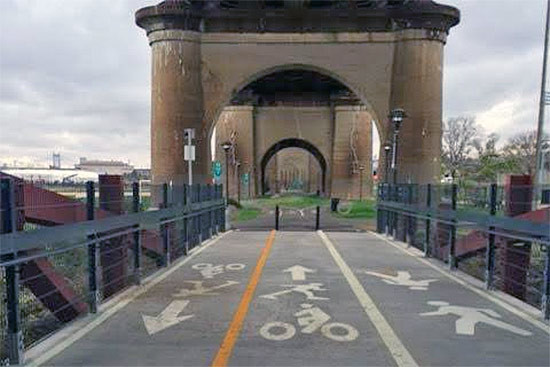 There are multiple ways through which islands can be reached such as ferry, city bus, subway & shuttle bus, taxi, kayak, rowboat, on foot, bicycle, city bus, or a beamer. Triborough and Hell Gate bridges have to be crossed in order to reach the island. These bridges connect the island to East Harlem in Manhattan. One can also go via the Randall's Island Connector which is a pedestrian and cycling bridge. After crossing the Bronx Kill, the bridge is reached and it is connected to the Port Morris neighborhood of the Bronx.

Randall’s Island is More of a Parkland 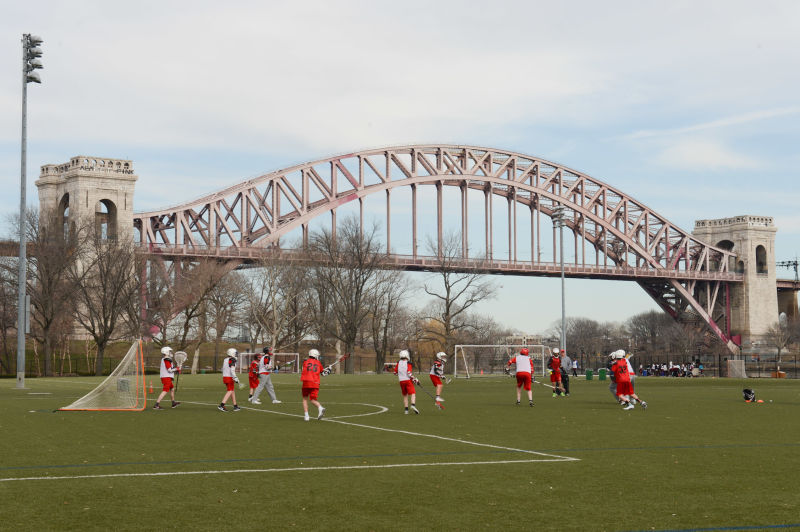 The 1930 Metropolitan Conference of Parks suggested the transformation of parks into recreational parks and thus began the addition of parks to the island. Randall's Island Park Alliance (RIPA) operates the renowned Randall's Island Park. It provides numerous amenities to the local communities namely sports venues, cultural events, and environmental exploration. (17. 3)

The first stadium to be constructed on Randall’s island was Downing Stadium (formerly known as Triborough Stadium and Randall's Island Stadium). It opened on July 11, 1936, witnessing 15,000 attendees that day. In the Men’s Olympic trials, Jesse Owens competed at the stadium. In 1964, it was also a host to the Women's Olympic Trials.