Indiana marks a major win with this new name given to a national park as the organization was trying to rename the famous dunes for 103 years. 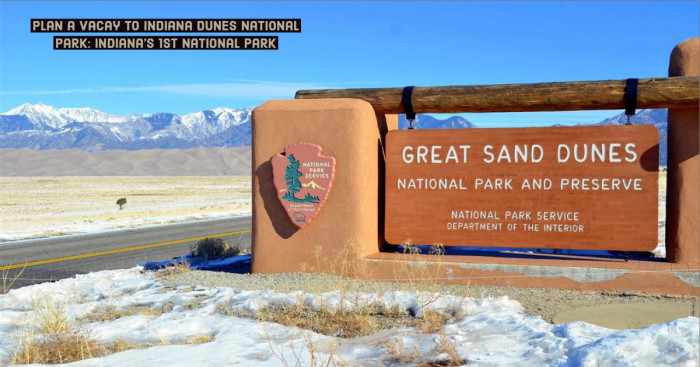 If you have ever traveled to Indiana, you would agree that it is home to several popular monuments and areas including sailors Monument and the Canal walk promenade. It is a Midwestern US state known for its auto race, the Indianapolis 500, held at the Indianapolis Motor Speedway. Indiana makes headlines for hosting several athletic events such as Brickyard 400 motorsports races. It has many metropolitan areas with populations over 100,000 and several small towns. 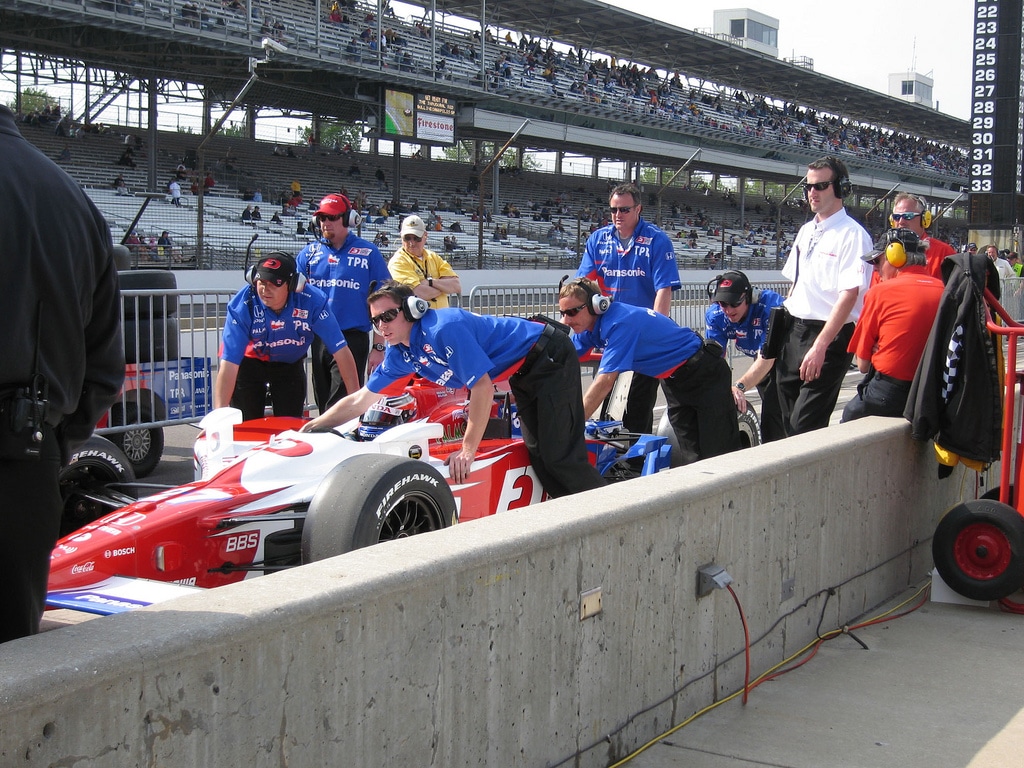 And once again the state is in the headlines for its first national park. Recently President Donald Trump signed a bill that included the new name for Indiana Dunes National Lakeshore. It will be now addressed as Indian Dunes National Park.

The official Indian Dunes Twitter handle posted a picture on Twitter showing the staff members posing next to the area’s welcome sign with a piece of cardboard reading park’s name and hiding the word Lakeshore.

Everyone in the country is elated and excited about the national park that it will now get more recognition by the tourists. Before the name change, the lakeshore was one of 418 national park units, and now it is a part of 61 parks across the country that people wish to visit once in a lifetime.

“The recent name change at Indiana Dunes helps elevate an already spectacular place to rubbing elbows with Everglades and Yellowstone.”

“Our region is very excited about this recognition. A few are worried that the secret is out.”

He points out that Stephen Mather (first NPS director) requested to the area authority to make it as the first national park in 1916.

“This designation is long overdue and will be a significant benefit to northwest Indiana and a benefit the entire Midwest region." 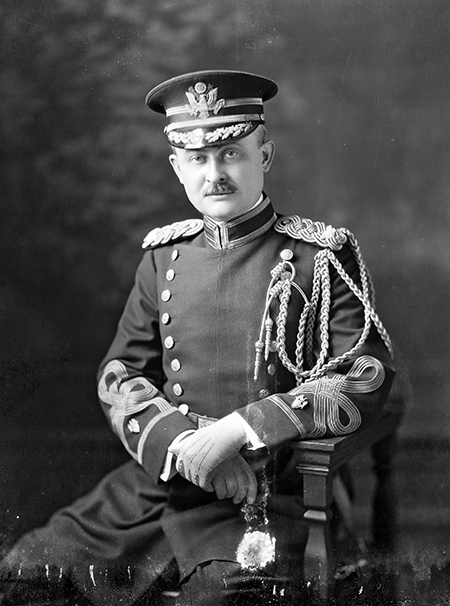 Established in 1916, the park was first named as Indian Dunes State Park. It was established by the efforts of Richard Lieber, an Indianapolis businessman, and A German immigrant. He recommended that the state park should be developed as a part of the hundredth anniversary of Indiana.

In the years that followed, he helped the nationwide movement to establish state park in other states too. Richard Lieber became the first Director of the Indiana Department of Conservation and served for more than a decade. His philosophy was to make social progress through the power of nature. He served as a director from 1917-1933. Even after his serving period, he was involved in the national parks movement.

The Dunes journey came into headlines when activists petitioned to protect the area from intruding steel mills and power plants. The outbreak of World War I stopped their efforts, and Indian Dunes was named as a state park a decade later before becoming a national lakeshore in 1966.

Back in 1966, the park gained protection from the National Park Service when it was called national lakeshore which gave it the protection but not the fame. Since then, the efforts were made by organizations to make the Dunes a national park. 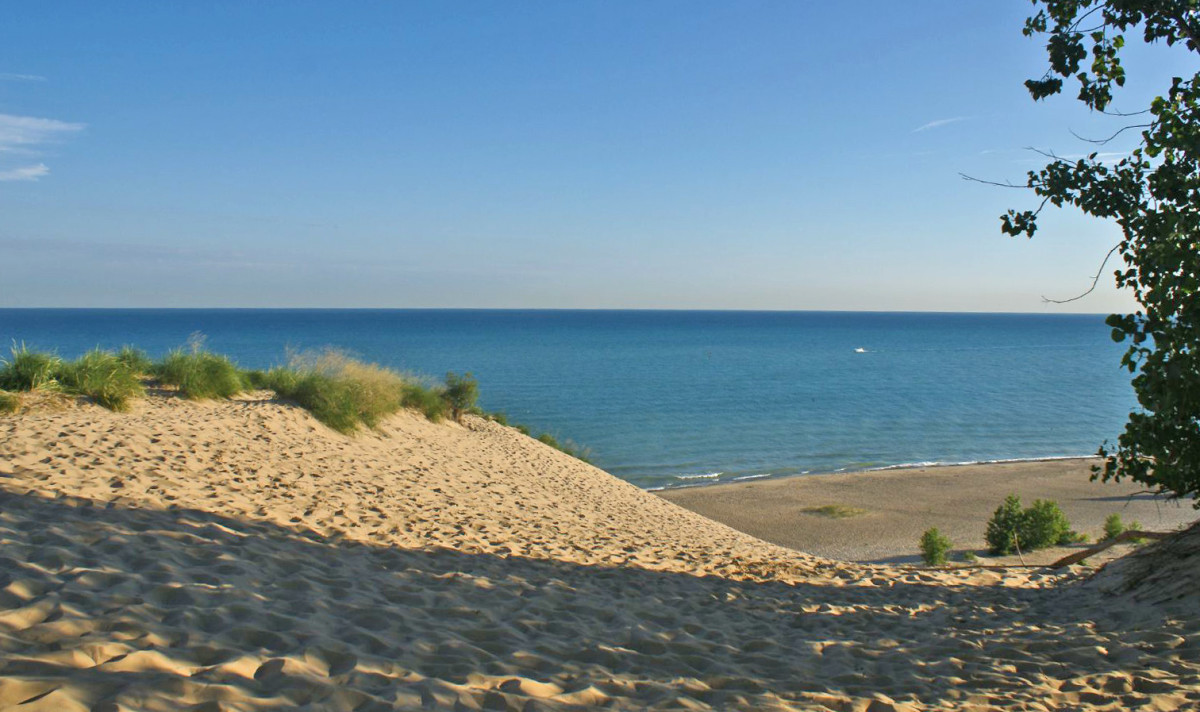 A bill to reconsider Indiana Dunes National Lakeshore as Indiana Dunes National Park was funded by representative Pete Visclosky and Senators Mike Braun, Todd Young and Joe Donnelly who wanted to bring the park more fame. Unfortunately, the Deputy Director of the park Paul Daniel Smith didn’t approve by stating it is inconsistent with the service’s naming conventions.

It was on 1st November 2017 when H. R 1488 passed in the House of Representatives but did not receive any vote during the 115th Congress. This bill renamed the Indiana Dunes National Lakeshore as the Indiana Dunes National Park. Then the Consolidated Appropriations Act of 2019 included the same bill as a provision, and the President signed the legislation creating the country’s 61st National Park and surprisingly the first in Indiana.

US Rep. Pete Visclosky successfully added the provision into House Joint Resolution 31 last week, and the President passed the bill. (17.1)

“This designation certifies what we Hoosiers have known all along – Indiana Dunes is not just a state treasure but a national treasure as well. I commend Rep. Visclosky for his perseverance on this important Hoosier priority. Without his tireless advocacy, this goal would not have been accomplished. I look forward to visiting Indiana's first national park very soon.”

Indiana Dunes National Park is divided into 15 disconnected pieces. It is comprised of nearly 15,000 acres of prairies, bogs, savannas, and titular dunes. Situated on the southern shore of Lake Michigan, the park features 15 miles of shoreline, oak forests and namesake sand-dunes.

It provides habitat for several fishes and aquatic organisms. The lake also provides transportation, agriculture, food, recreation and serves over 100 million people living in the area. The park lies at the southern tip of Lake Michigan. Within the park is the Hoosier Prairie State Nature Preserve which is managed by Indian Department of Natural Resources.

While the new designation doesn’t mean more funding, but it will surely increase the tourism and would boost the economy in northwestern Indiana. 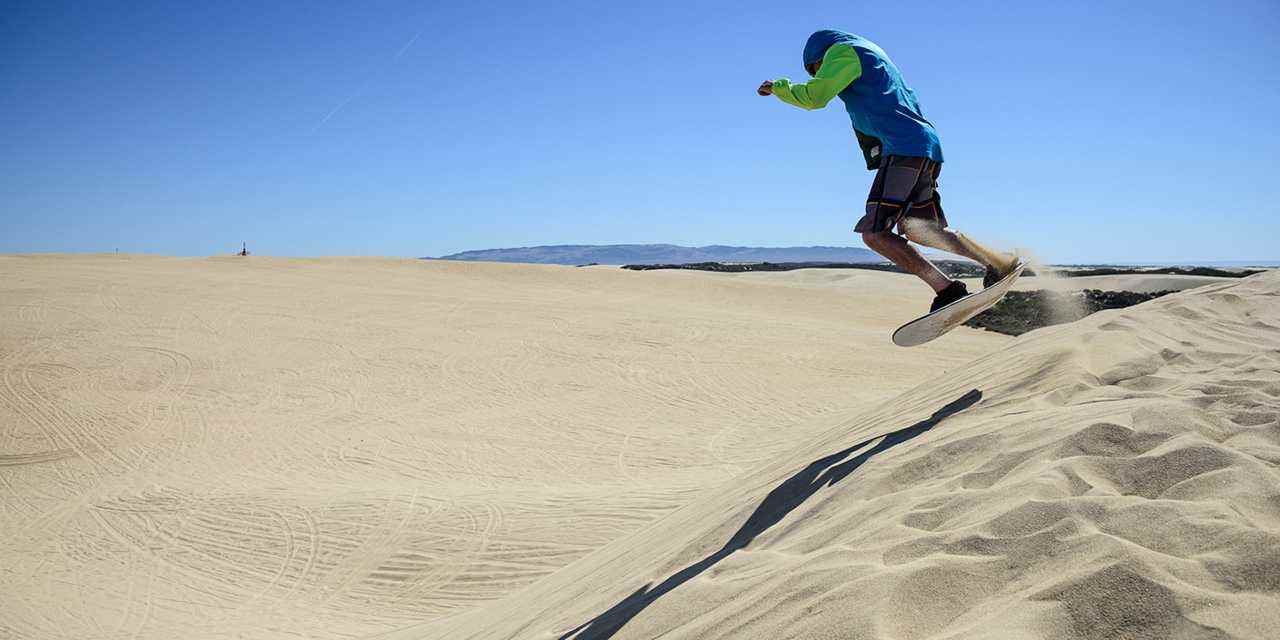 Do you know dunes is visited by over 3 million tourists per year? Visitors here can explore the variety of natural areas by visiting the Heron Rookery. It is advised to rent a bike from beachfront and to take a ride to many routes, including the 9-mile Calumet Bike trail to enjoy the stunning views of the area. The namesake dunes reach 200 feet above the lake, and more than 60 miles of hiking trails lead through plant and wildlife communities.

It has over 1500 species of vascular plants and is ranked at 8 in total plant species among all units of the National Park System. It has nearly 370 species of flowering plants. Out of these, 15 are in danger of extinction. It has a wide variety of wildlife including raccoons, rodents, garter snakes, hawks and turkey vultures.

Among all the National Parks, the Indiana National Park ranks at 6 in terms of ecological diversity. If you are planning to visit the national park, don’t forget to take a camera along with you as it provides a breathtaking view of Lake Michigan which is something not to be missed. So whether you are a wildlife enthusiast or a hiker, the dunes are filled with adventure to keep everyone busy. 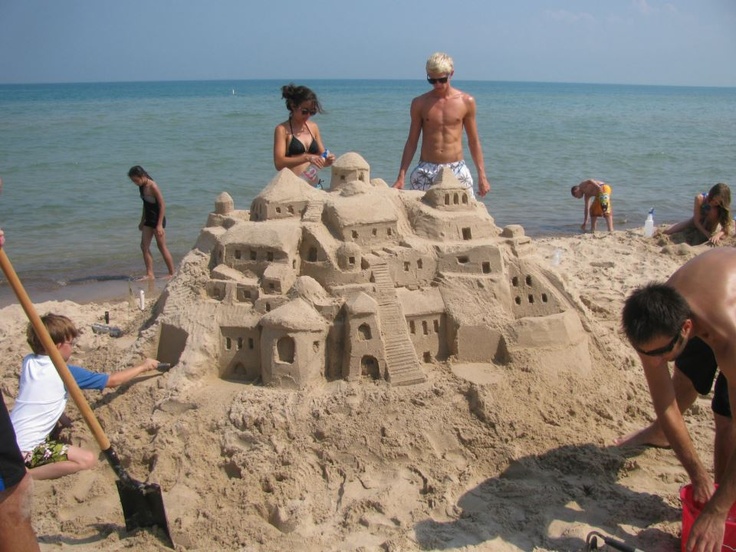 It is considered one of the most biodiverse areas in North America with more animal and plant species in comparison to Hawaii.

Popular Habitats of Indiana Dunes That You Can’t-Miss Exploring

The Indiana Dunes consists of different habitats. Each habitat features a unique combination of wildlife and plant species. The habitats can be found in the park where they have been preserved and are visible throughout the counties of Northwest Indiana. Following are the popular habitats of National Park. 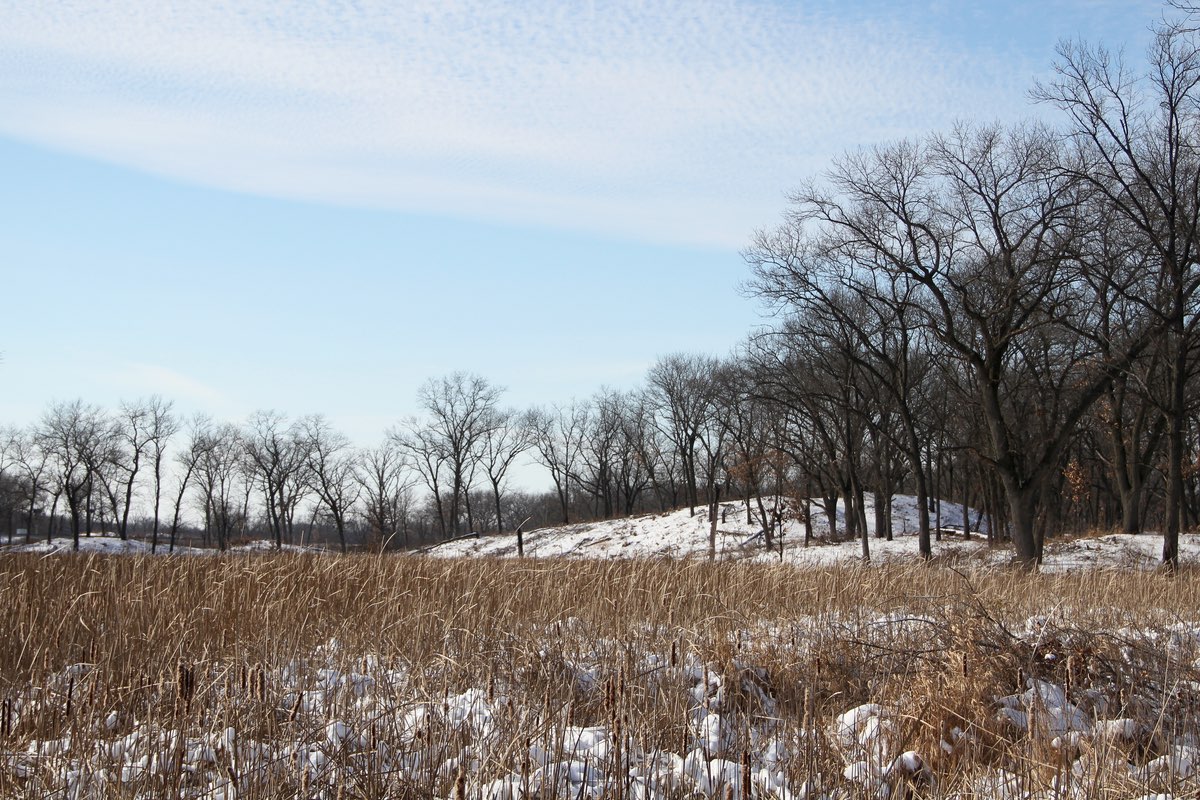 Miller Woods is a trail system in the western part of Indian Dunes National Park. It is home to Karner Blue and Pitcher’s thistle. The northern part of the site joins Lake Michigan and includes high dunes and foredunes. Miller woods is well known for wildflowers such as trailing arbutus and columbine. 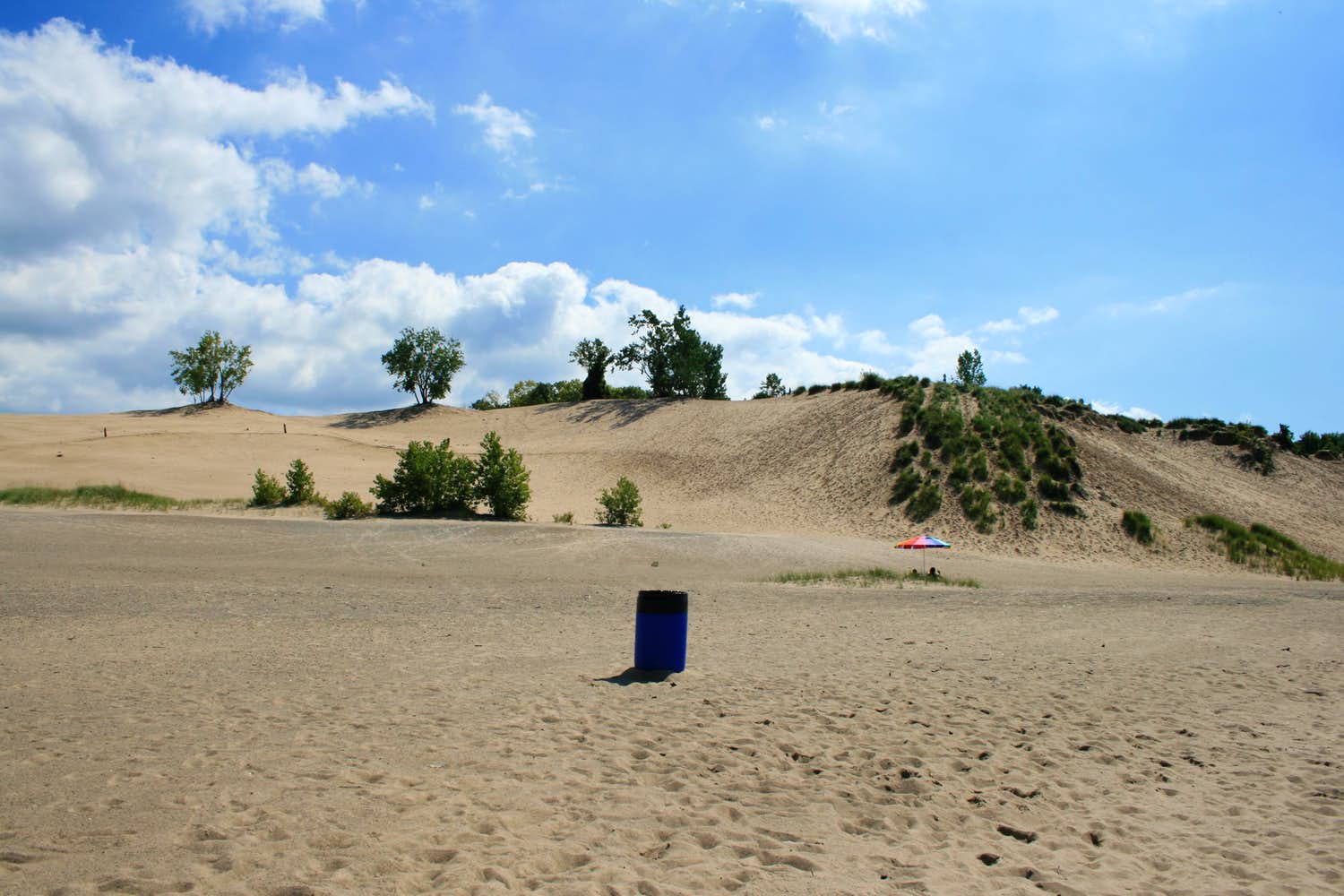 Mount Baldy is located on the southern shore of Lake Michigan and a wandering dune that shifts every year. The site attracts tourists during the weekend and summers. Mount Baldy or Living Dune can be reached from US Route between the Town of Pines and the western border of Michigan City. 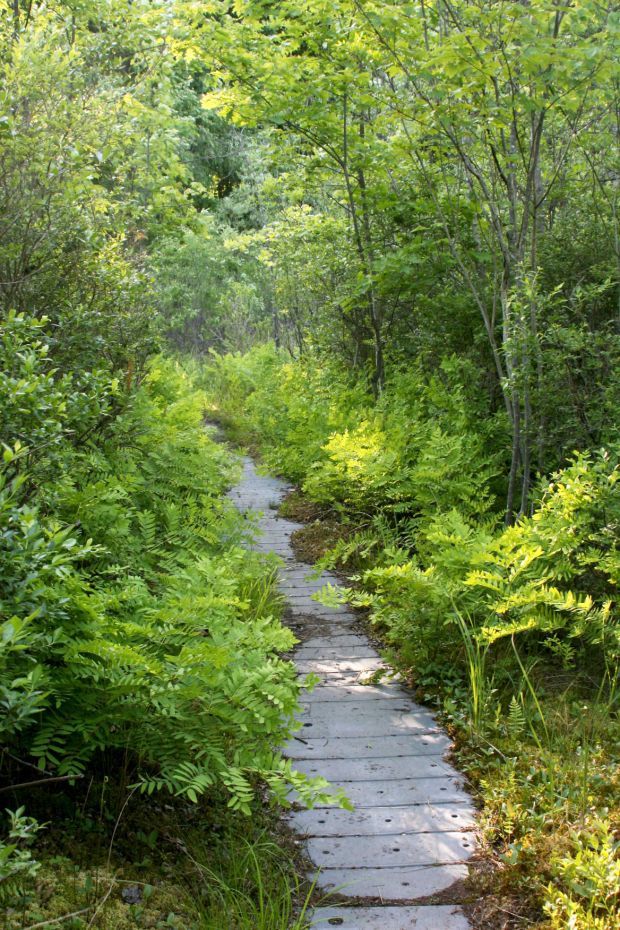 It is a unique bog in Indiana USA and is referred to as a popular landmark on the national park. It is a part of the national park that contains a variety of insect-eating plants, stands of blueberry bushes and pitcher plants. 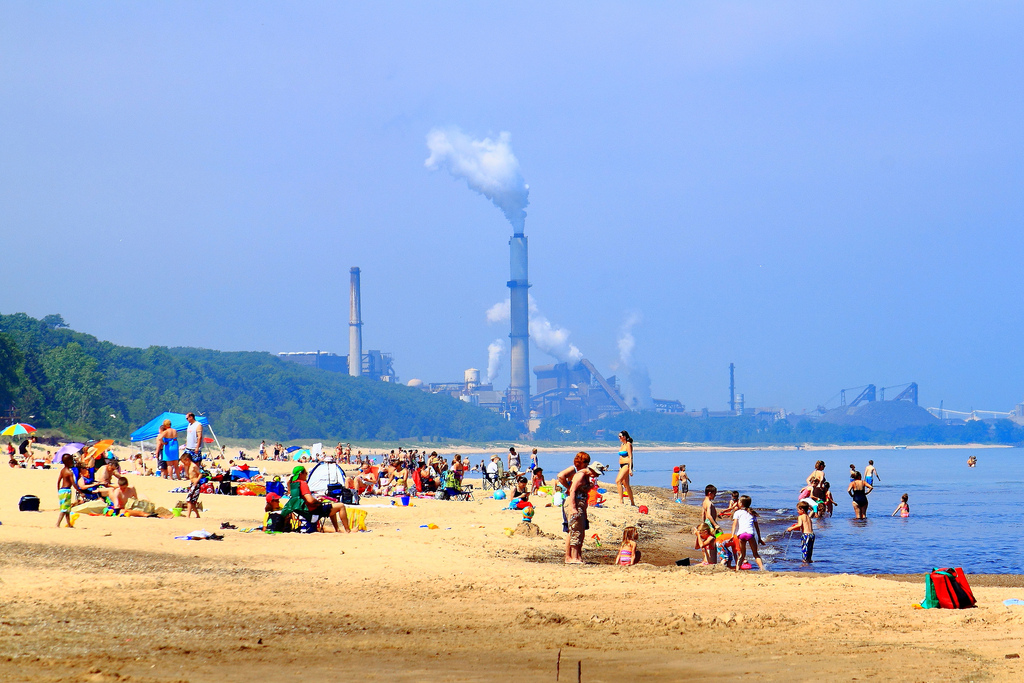 Indiana Dunes are located on the most southern shoreline of Lake Michigan. It is one of the five great lakes of North America and the second largest of the lakes by volume. The lake is shared from west to east, by Indiana and Michigan. In the east, there are Miller woods ponds, closer to the lake in North are the Marquette lakes in Marquette Park. 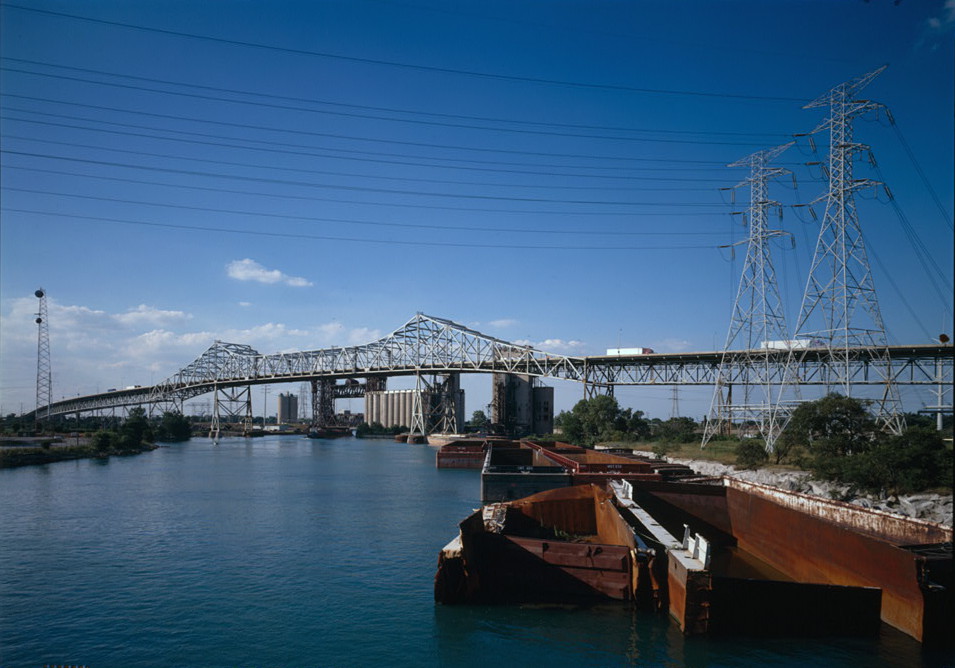 It is a heavily industrialized river and canal in the region between Illinois and Indiana. It is a primary river of the dunes and is accessible from various locations. It is said that both, the Little Calumet River and the Grand Calumet River were one. The little one flows west from Indiana into Illinois and turns back east to its mouth at the lake at Marquette Park in Gary.

If you are planning to visit something exotic and beautiful this vacation, add Indiana Dunes National Park on your list. Whether you are an adventure freak or a wild enthusiast, the site offers mysterious wetlands, peaceful forests, rugged dunes and a lot more to keep travelers busy for hours.

What’s amazing is from now onwards, Indiana National Park will now appear at the places where American national parks are featured including calendars, must visit links and even books, making it a bucket list site.

Even though the park will not receive special treatment,  it has garnered the attention of millions throughout the world. The officials said that they have no plan to celebrate the victory, but in the meantime, the dunes will continue to entertain the tourists by its waterfront views and lots of sand.

So when are you planning to head off to Indiana to visit this first national park? Drop your comments below.

10 Famous Hauntingly Beautiful Graveyards You Should Plan to Visit