As the West Virginia legend has it, Mothman is a mythical creature allegedly witnessed in the Point Pleasant area during 1966-67... 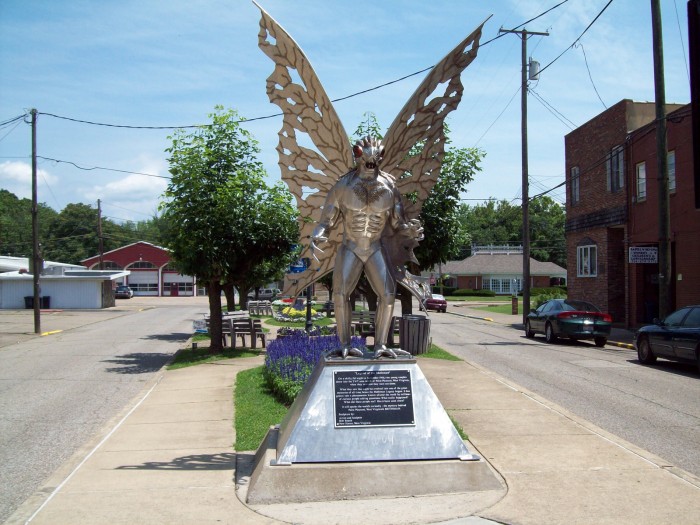 As the West Virginia legend has it, Mothman is a mythical creature allegedly witnessed in the Point Pleasant area during 1966-67, from 12 November 1966 to 15 December 1967 to be precise. "Couples See Man-Sized Bird ... Creature ... Something" titled the first-ever report was published by the newspaper Point Pleasant Register on November 16, 1966.

The writer Gray Barker firstly introduced Mothman in 1970 through his book “Silver Bridge”. John Keel wrote a book in 1975 titled “The Mothman Prophecies” in which he claimed that this paranormal creature had a link with the collapse of Silver Bridge. Based on Keel’s book, a film starring Richard Gere was released in 2002 with the same title. 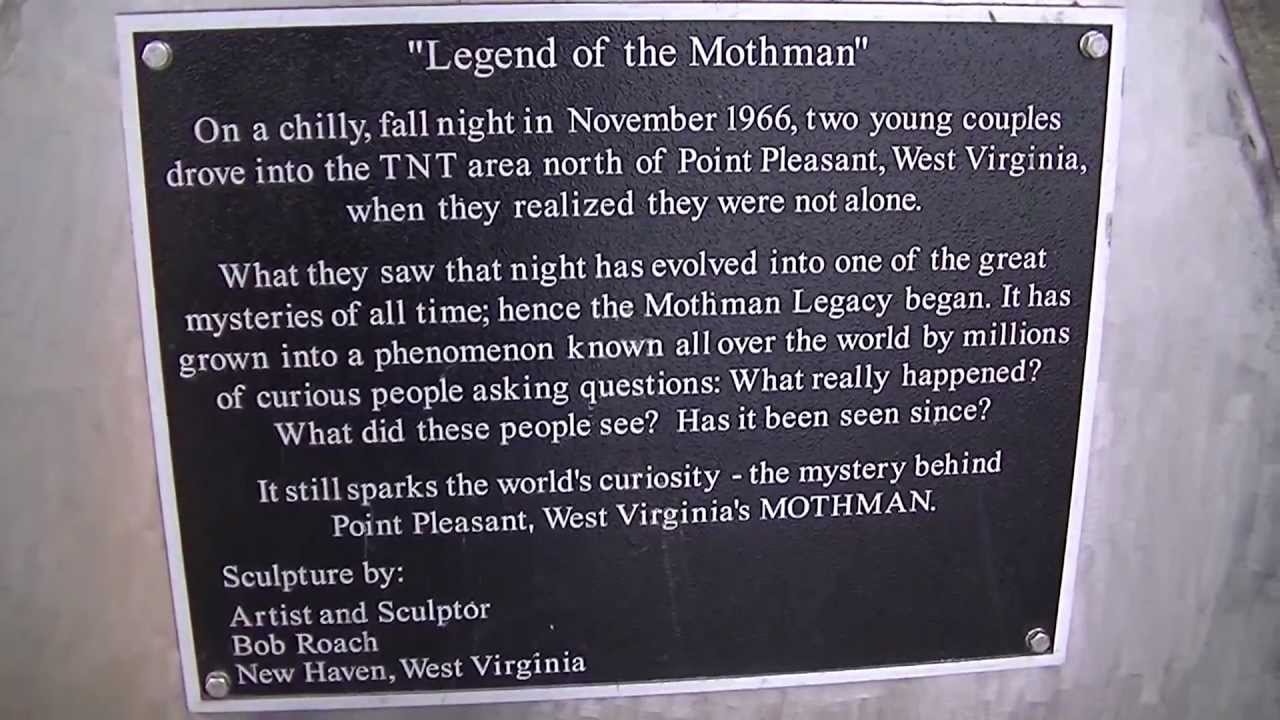 The Mothman's origins have been associated with almost everything; from aliens to military experiments to the supernatural experiments.

According to a legend, the Mothman is a giant enigmatic monster who was seen soaring through the skies in the former World War II munitions site. Multiple sightings were reported during 1966-67. The observers claimed that they saw a humanoid beast with a 10-foot wingspan flying in West Virginia.

Some people even thought that Mothman was a mutant who originated from local chemicals and dumps of weapons. Some believed that it was the curse of Chief Cornstalk, a Shawnee leader who was killed through deception in Point Pleasant in 1777. People said that he had come to take his revenge. 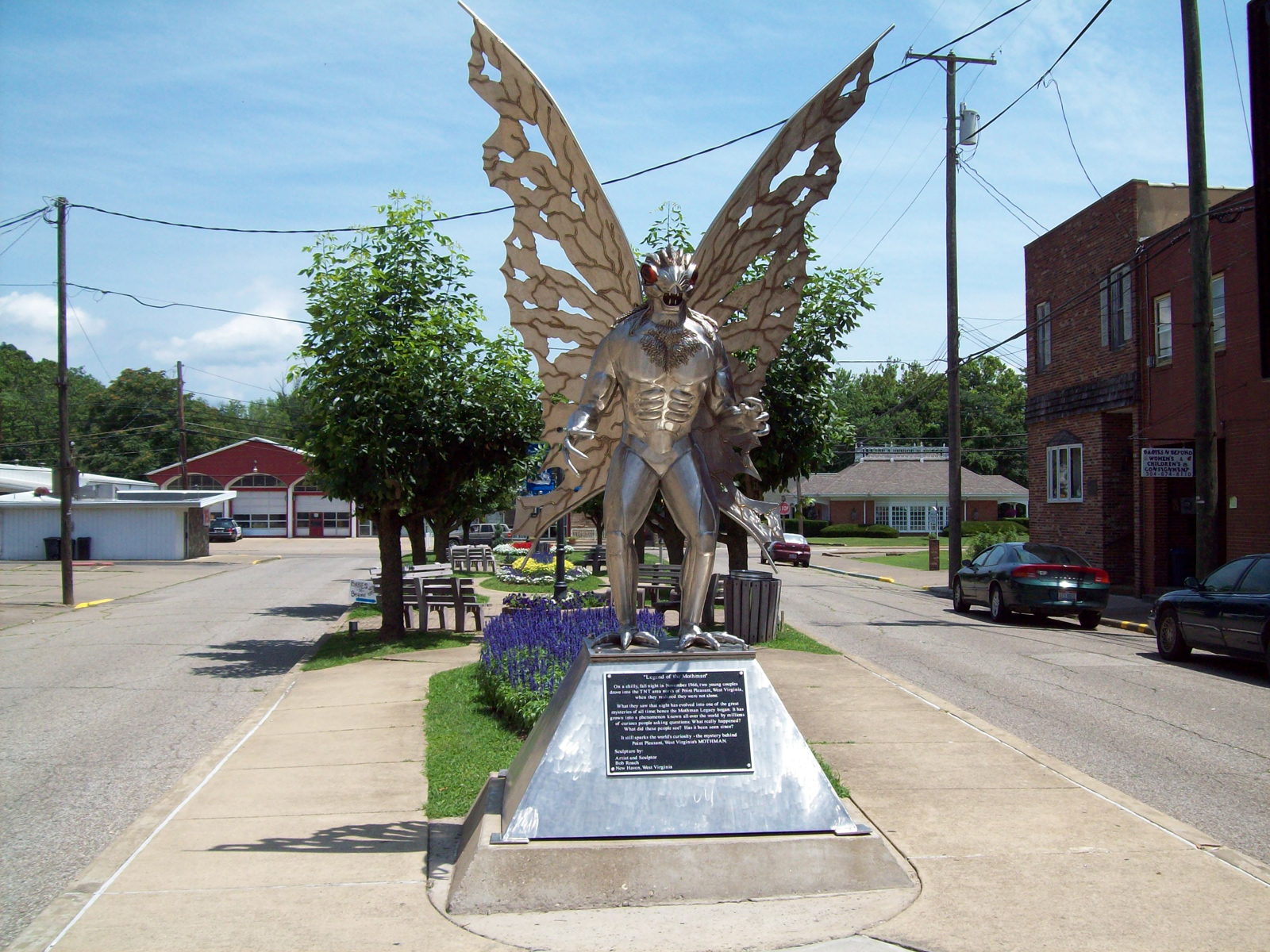 The spectators portrayed it to be a 7 feet tall creature with a barrel chest and a high-pitched squeal. As depicted in the Mothman statue, his most memorable features were his 10-foot batlike wings, huge red & glowing eyes, and an insect-like face.

An Annual Mothman Festival is Organized in Point Pleasant Since 2002 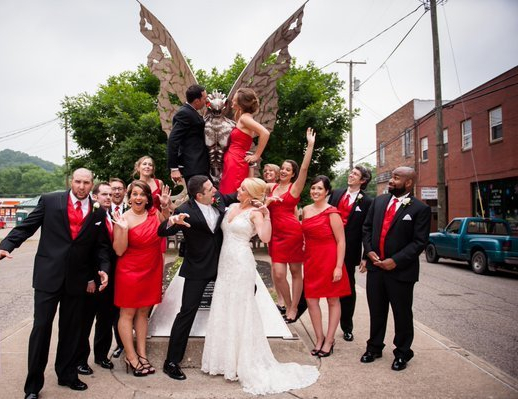 In 2002, the first Mothman Festival was held at Point Pleasant. It is a weekend-long event organized on the 3rd weekend of every September. A number of events going on during the festival including guest speakers, a Mothman Pancake eating contest, vendor exhibits, and hayride tours focusing on the famous areas of Point Pleasant. 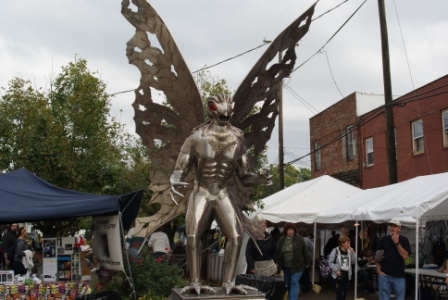 Unveiled in 2003, the 12-foot-tall stainless steel sculpture of Mothman was created by artist and sculptor Bob Roach. Installed in the Mothman Park (formerly called Gunn Park), it is a unique civic monument and an extravagant effigy on a downtown street in West Virginia. Its football-sized red eyes were supposed to remain lit from behind at night but the sponsorship funding fell short.

Bourbon and Branch: The Swanky & Historic Speakeasy in San Francisco