Llanfairpwllgwyngyllgogerychwyrndrobwllllantysiliogogogoch ????? What’s this? No, I haven’t typed it wrong but actually, thi... 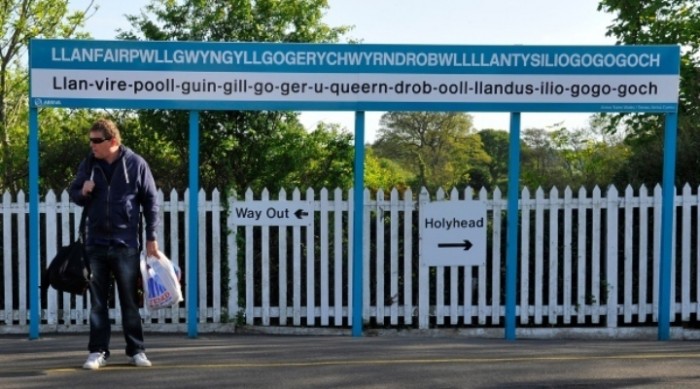 Llanfairpwllgwyngyllgogerychwyrndrobwllllantysiliogogogoch ????? What’s this? No, I haven’t typed it wrong but actually, this 58 letters is a name to the longest city name in Britain. Actually it is typed as 58 characters but technically only 50 character letters because Welsh II ng and ch are treated as one letter.

The English translation of this big word is ‘St Mary’s Church in the Hollow of the White Hazel Near to the Rapid Whirlpool of Llantysilio of the Red Cave’ sound’s interesting, isn’t it? Try saying it, it’s just like a tongue twister.

It is a large village located on the Menai Strait next to the Britannia Bridge across the strait from Bangor. The village is divided into two sections. The upper village has old residences and the lower village has modern commercial buildings and the train station. (17.1)

Where did this Quirky name come From?

Do you know that the people of this town wanted a unique way to get wanderers come and visit the place? A committee was formed and it is believed that a cobbler from the Menai Strait came up with this wacky name. The cobbler is credited for coming up this unique name making the most successful and tourists marketing plans of the time.

The place is alternatively known by - Llanfair PG, Llanfairpwll, Llanfairpwllgwyngyllgogerychwyrndrobwllllantysiliogogogoch.

The name was also used as a solution in a crossword designed by Roger Squires for ‘The Telford and Wrekin News’ when royalty explored Ironbridge in 1979. The name was also submitted to Guinness World Records as the longest word to be published in the crossword.

In September 2015, Channel 4 Welsh weatherman Liam Dutton successfully pronounced the name of the village and accumulated over 5 million views within 24 hours. 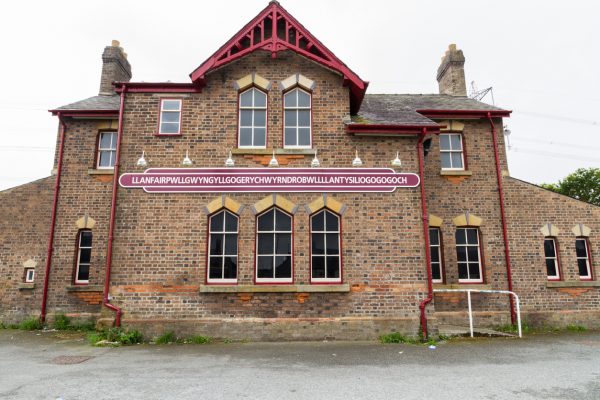 In 2011, the census recorded that the population of the community was 3107, out of which 72% speak Welsh and it is the 6th largest settlement on the island by population. The word is the second longest one-word place name in the world. Do you know who stands first?

It is completely one town. Don’t know how to spell it. 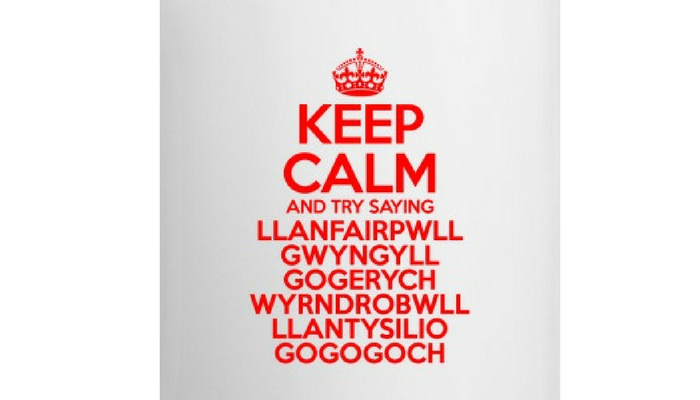 Things to do in the Town!

The popular James Pringle Weavers boasts cashmere sweaters, tartans, crafts, tweed ties and an ancestry center with a database adding more than 50,000 family names. The shop is one of the main tourist attractions; you can find 2 locomotives built more than 60 years ago, as well as the area to have your passport stamped with the complete Llanfairpwllgwyngyllgogerychwyrndrobwllllantysiliogogogoch name.

I guess the font would be small or either the stamp covers the entire page.

The village is also renowned for a great pillar of moelfre limestone that stands nearly 100 feet tall. Just for a small fee, you can enjoy the climb of 115 steps. There you can enjoy the picturesque view of the beautiful Anglesey countryside.

If you are visiting more than 3 cities than a rail pass typically works best for you. You can use a valid BritRail Pass to travel between London and Llanfairpwll. The amazing thing to reach Llanfairpwll is that reservations are not required to travel on the train. Simply hop on the board and take an empty seat. 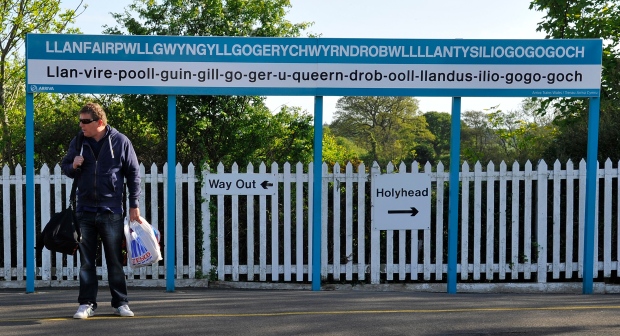