In the far-flung highlands of northern Chile, Laguna Roja is a lagoon of blood-red color. Go visit this beauty and experience one of the most striking natural marvels on Earth. Located at 3,700 m above sea level in the distant uplands of Camarones (Arica and Parinacota regions), there’s a blood-red lagoon called Laguna Roja. This drop-dead gorgeous water wonder of northern Chile has such a mysterious aura around it that the official maps do not feature it. And Sernatur didn’t register it until 2009 despite its close connection with Caritaya Reservoir.

Around 200 km north of Iquique, the mystery around its intense blood-red colored water, its depth, and absence from most of the maps make Laguna Roja a quite strange yet fascinating tourist attraction. Accessible from the Camiña commune, these lagoons are hot water lagoons (nearly 40-50 degrees Celsius).

Laguna Roja Has a Bizarre Legend Associated With It 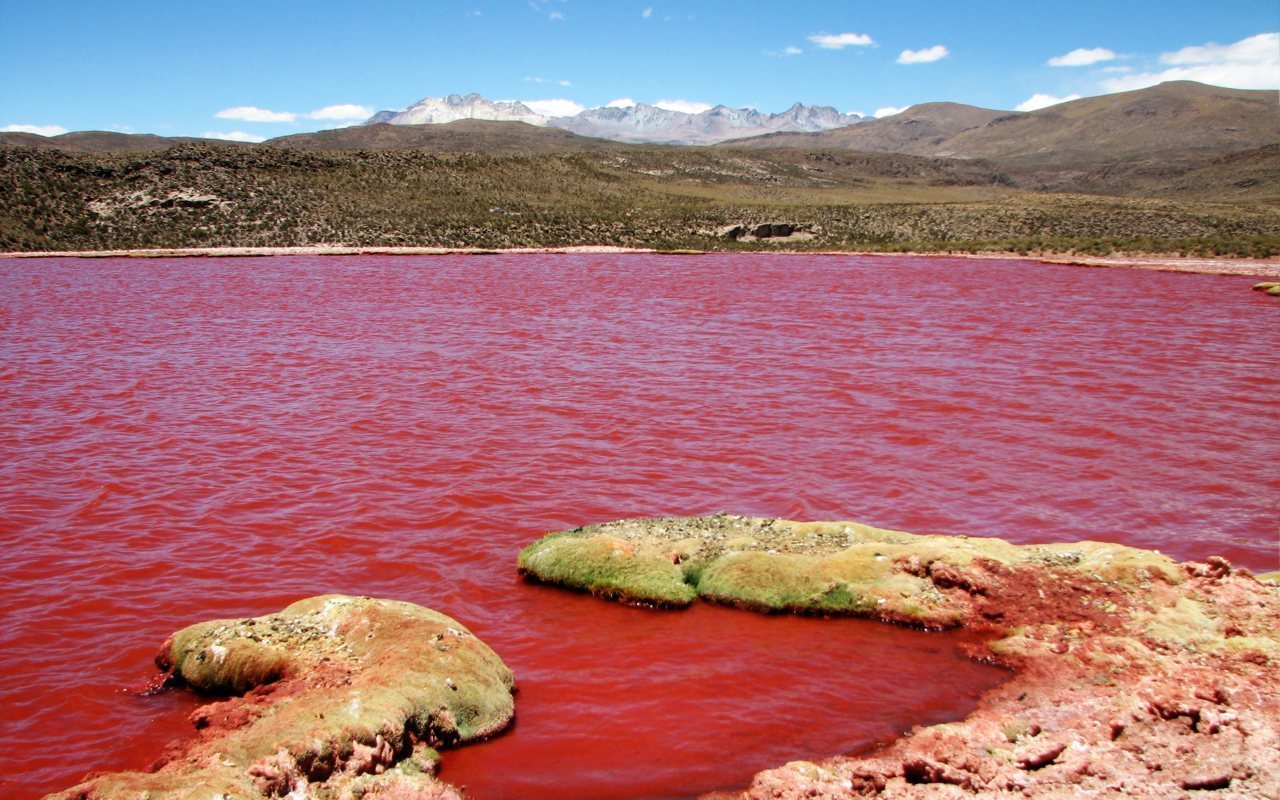 For ages, when something can’t be explained rationally, legends and myths are created. So is the case with the eerie Laguna Roja. The inhabitants of the region tell a legend according to which a devil who owned the lagoon turned the water’s color red as a warning. So when the Aymara community settlers came to drink water from it, they all died and made the water redder.

However, there haven’t been any convincing studies but it is believed that the red color is not due to devilish reasons but because of the sediments and algae.

It has Two “Sister Lagoons” That Too Have Interesting Local Folklores 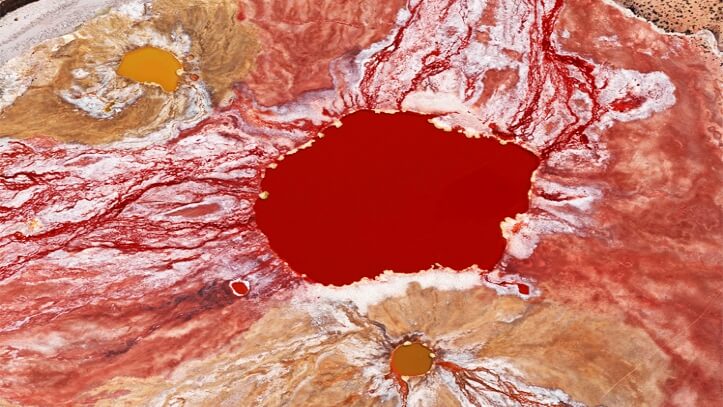 Green and yellow-colored lagoons called “sister lagoons” are also present there. The folklores behind their pigment are a significant part of the culture and they are also attributed to the algae. Camarones and Camiña natives tell a legend that when people with bad intent approach it, it starts bubbling with violence.

According to popular traditions, the green lake is attributed to masculinity. And, the red lagoon and the yellow lagoon are attributed to femininity. 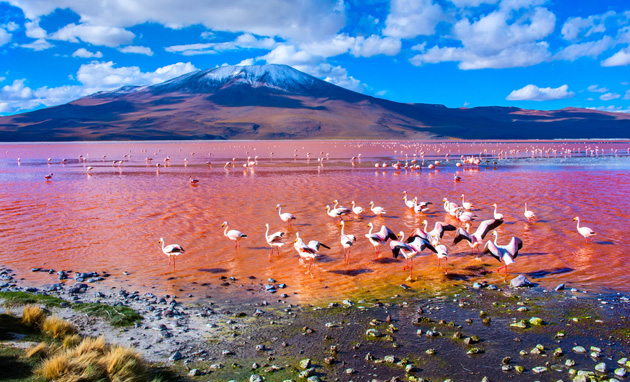 The vast red lagoon Laguna Roja may get you a chance to catch a glimpse of flamingos and vicunas. Quite like Llamas and Alpacas, Vicunas have softer hair, and the clothes & souvenirs made out of their fur are costly. The sun above the mountains and the contrasting colors of mountains and deep-hued lakes make it a scenic beauty. This lagoon is situated inside the Eduardo Avaroa National Reserve.

How to Get There? 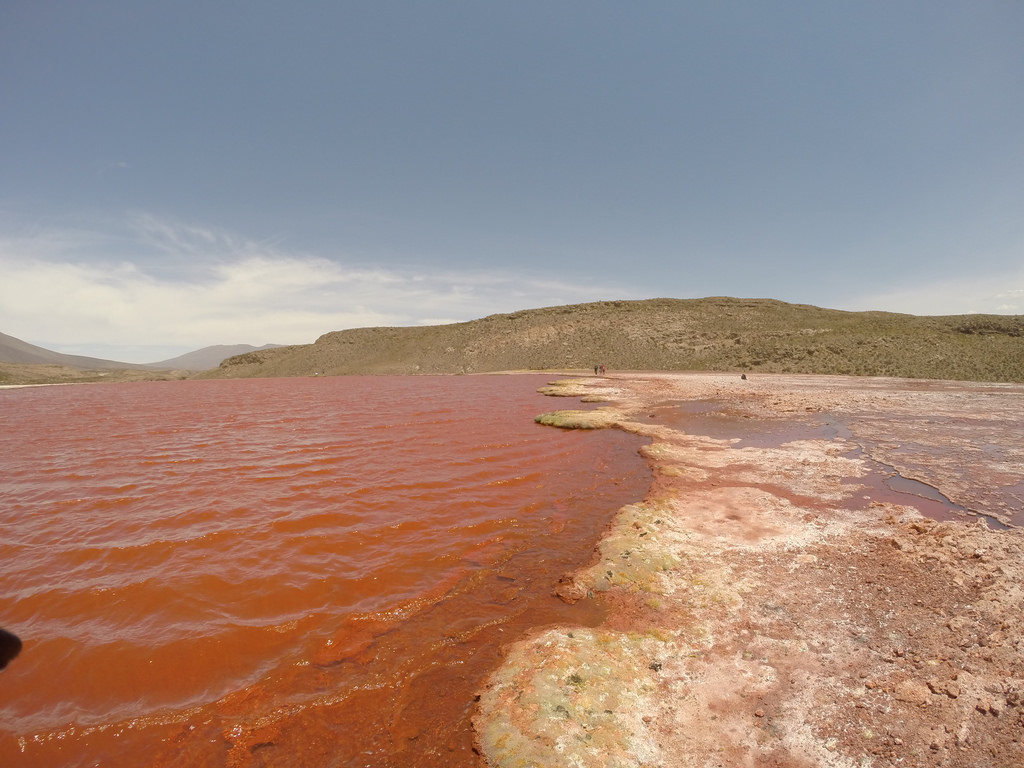 The best place via which one can reach Laguna Roja is Camina. After reaching Camina, you can travel by car or take a local guide’s help. Public transport is not available to reach this destination. The hike length is 3-4 hours for the first half and 1-2 hours for the second one.

10 Most Famous Desert Around the World