Taj Umaid Bhawan Palace: The Most Luxurious Palace Hotel in the World

Taj Umaid Bhawan Palace is the largest private palace in the world. Situated in the Indian state of Rajasthan in Jodhpur city, it was built before India’s independence. 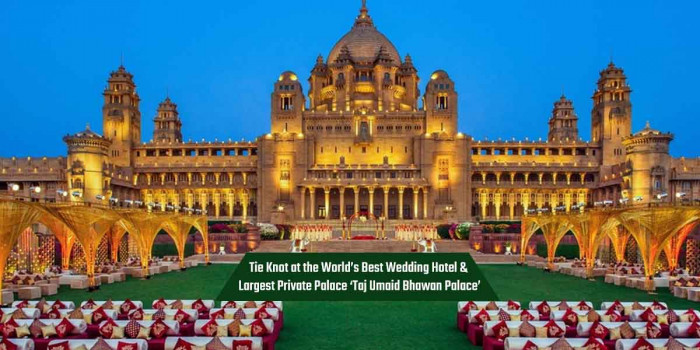 Do you know any place that has a top-rated hotel, a museum, and a royal palace? Well, the Taj Umaid Bhawan Palace is located in Jodhpur. A world-famous hotel, it was built between 1928 and 1943.

The entire palace is built with sandstone and marble and stretches across 26 acres area, including 15 acres of well-tended gardens. The palace is magnificent with its lavish proportions, exclusive private meeting hall, a private dining hall, an indoor swimming hall and spa, and more.

Know the history and some interesting facts about the Umaid Bhawan Palace. 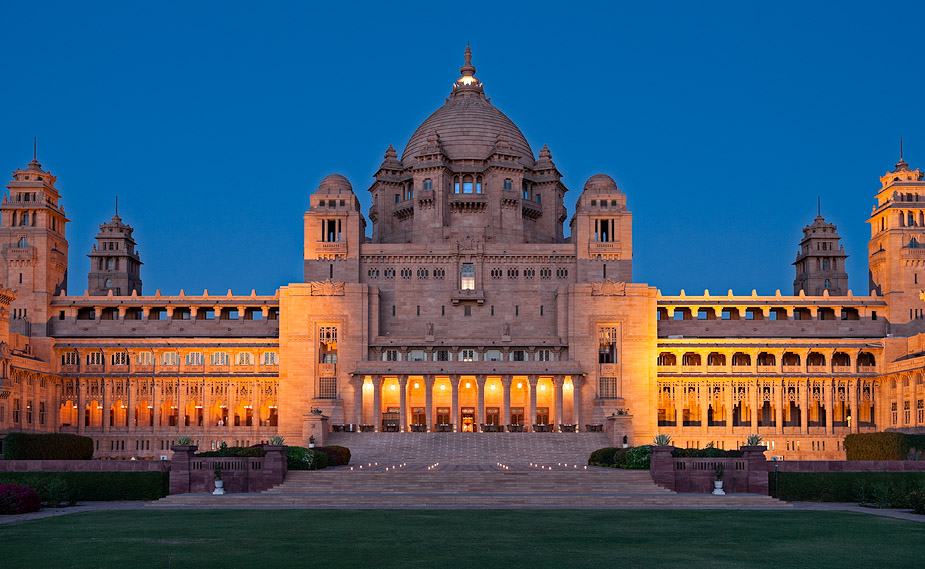 The palace’s history is linked with a saint’s curse who said that a drought period would follow the good rule of the Rathore dynasty. At the end of the 50-year reign of Pratap Singh, the city of Jodhpur witnessed severe drought and famine for three years in the 1920s. So farmers sought the then Maharaja Umaid’s help, who decided to offer them employment by building a lavish palace.

Henry Vaughan Lanchester was commissioned as the engineer to outline plans for the palace. Inspired by the New Delhi building complex, it had domes and columns. The palace design had a blend of western technology and Indian architectural elements. Also, Budhmal Rai and Sir Samuel Swinton Jacob were the architects of the palace.

Built at a slow pace to primarily offer jobs to famine-stricken, it employed nearly 2000-3000 people for the construction. Its foundation stone was laid in 1929. After its completion in 1943, Maharaja Umaid took possession of the palace. It had an estimated budget of Rs 11 crores.

Chittar Hill, a hill on the outer hills of Jodhpur, was chosen as the site of the palace, and the palace is also named after it. There was no water supply available nearby, and as the hill slopes were rocky, any vegetation hardly grew there. Also, the building material like sandstone quarries was not close to the site, and the Maharaja also constructed got a railway line built to transport it.

It’s One of the Largest Private Residences in the World 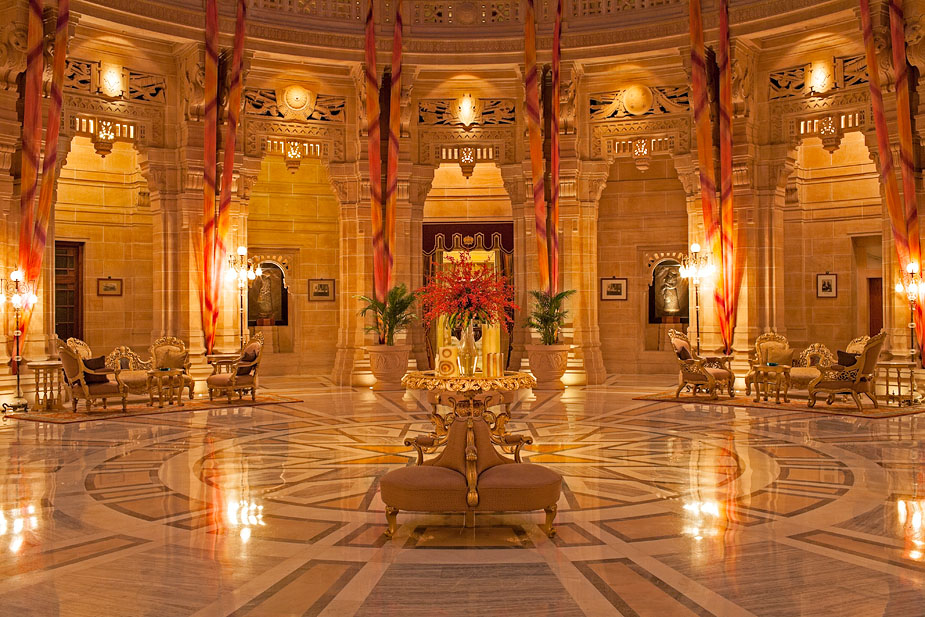 Makrana marble and dun-colored sandstone were used for two wings, and Burmese teakwood was used for the interior woodwork. Its architectural style represents the Indo-Deco style or Beaux-Arts style, which was in trend back then.

Upon completion, the palace had 347 rooms, various courtyards, and a massive banquet hall with 300-people capacity. When the palace opened in 1943, it was regarded as the world’s largest royal residences. 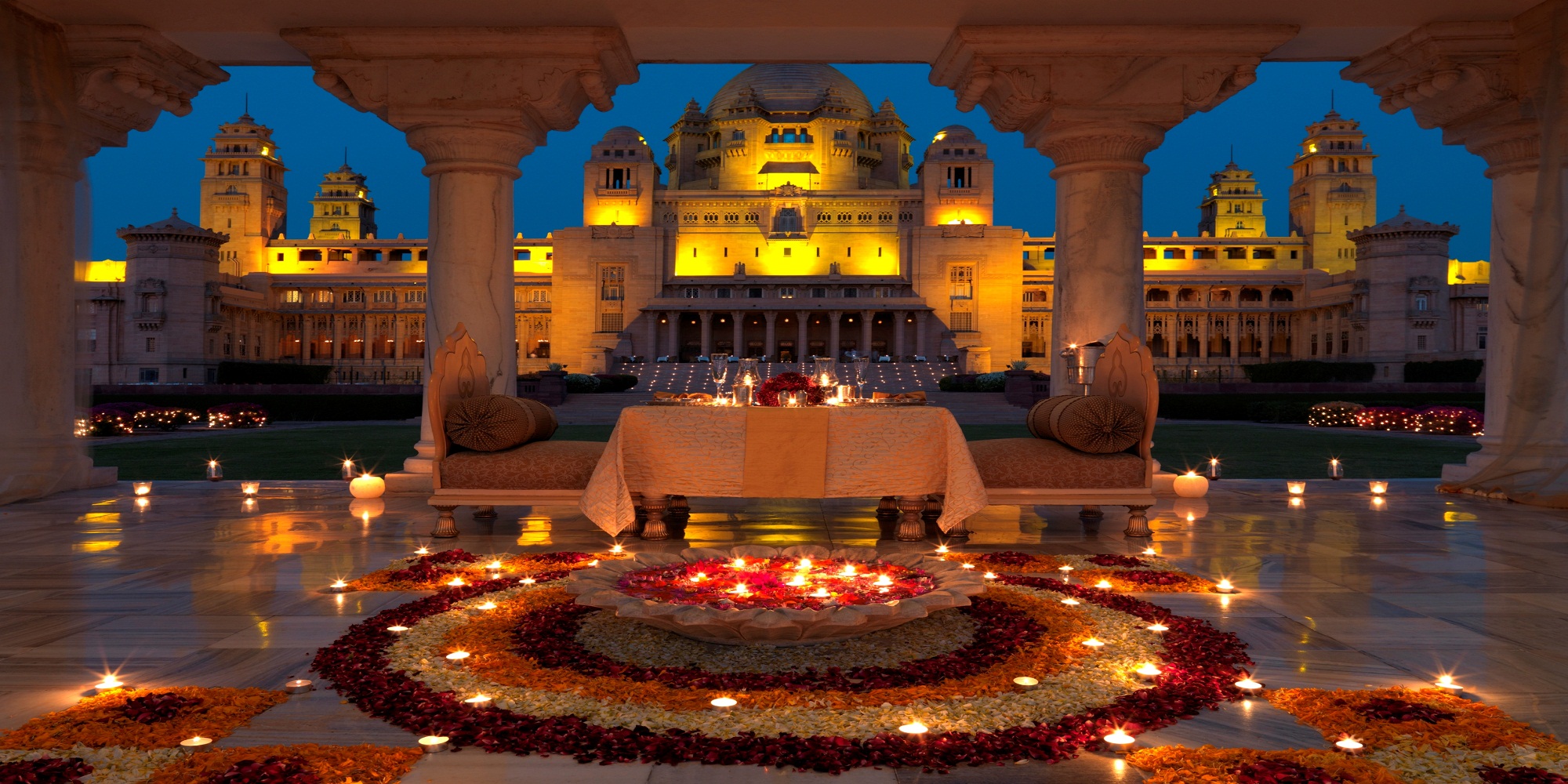 The palace did not fully function for several years, as various unfortunate events took place in the royal family of Rathores. Living in the palace for only four years, Maharaja Umaid Singh passed away in 1947. His successor Hanwant Singh also died at a young age of 28 in a plane crash while on his return back home after winning the 1952 General Elections. Currently, his son Gaj Singh II owns the palace.

Then in 1971, the current owner and grandson of Maharaja Umaid, Gaj Singh II, decided to convert a part of the palace to a hotel. The hotel is currently owned by the Taj Hotels.

Besides, the museum exhibits stuffed leopards, a huge symbolic flag presented to Maharaja Jaswant Singh by Queen Victoria in 1877, and lighthouse shapes. The classic cars of the Maharajas are also exhibited in the garden in front of the museum.

The Hotel Part of the Palace is Run by Taj Hotels 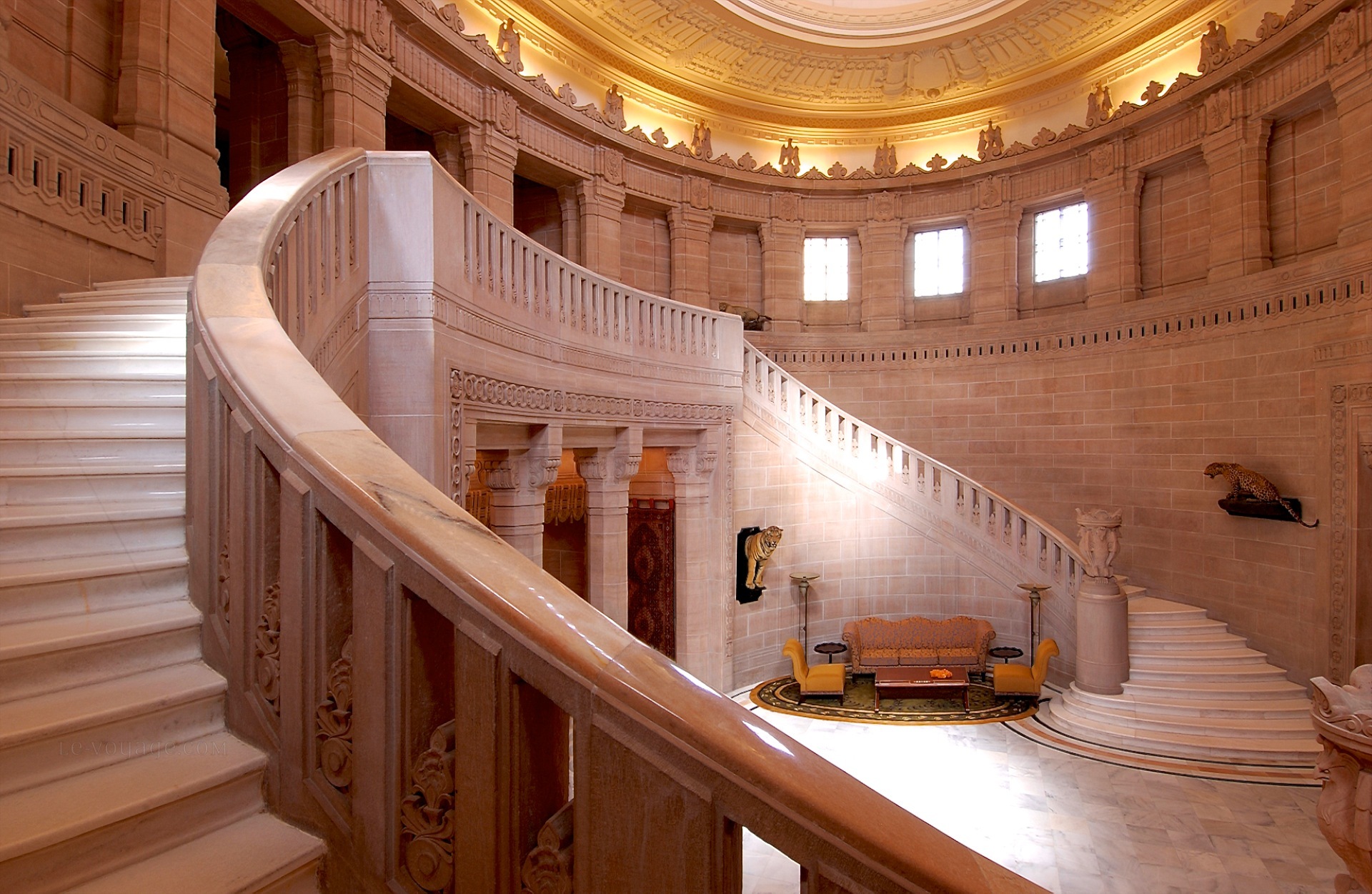 The hotel part of the palace is presently managed by the Taj Hotels, a chain of luxury hotels, and is called the Taj Umaid Bhawan Palace Jodhpur.

Because of its grand appeal, it has become the favorite and top-rated hotel on various travel websites. The TripAdvisor hosted the Traveller’s Choice Award in which the Umaid Bhawan Palace won the world’s best hotel award.

The American singer Nick Jonas and Indian actress Priyanka Chopra got married at the Umaid Bhawan Palace Hotel in 2018. It is one of the hottest hotel choices among India’s richest and marquee persons for wedding functions.

So if you plan to organize a lavish wedding function with regal palace-like feels, make sure you consider Taj Umaid Bhawan Palace, a royal hotel in India.