Who wouldn’t love the drive on the long bridges? Bridges have something special for everyone, some like to catch the glimpse o... 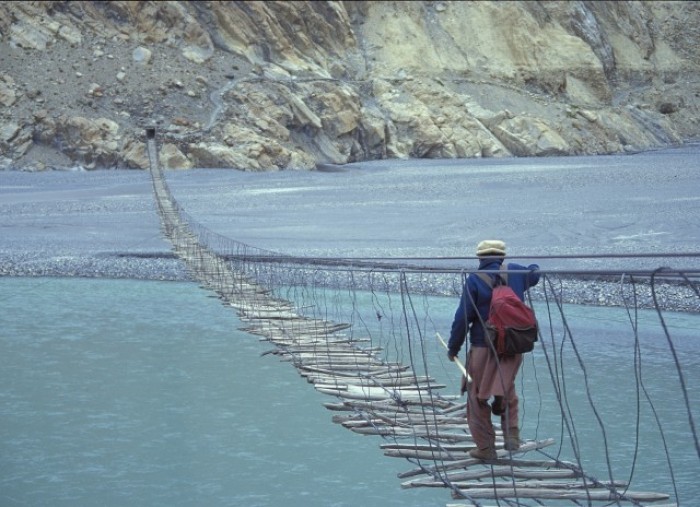 Who wouldn’t love the drive on the long bridges? Bridges have something special for everyone, some like to catch the glimpse of the rising sun, some love to click the pictures with that exotic view of the fall beneath the bridge. Each time you ride through a bridge it always makes you remind of some memories isn’t it?

Earlier, we have explored how difficult is to drive through Eshima Ohashi Bridge in Japan. It is really very annoying getting stuck in the jam. But driving through a road is far better than crossing the bridge above the water which has only planks and wire.

Do you have any experience of crossing a zig-zag bridge that only has wooden planks and a bit of wire stretched out in front of you? Sounds dangerous right? Well, this time let’s take an adventurous ride to the Hussaini Hanging Bridge in the Northern Pakistan. 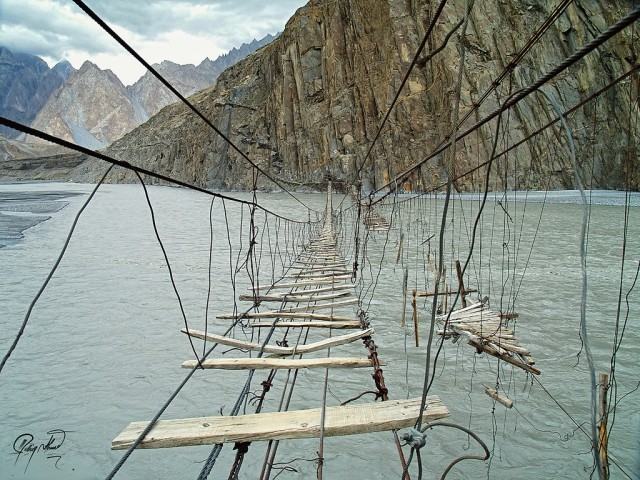 Hussaini Hanging Bridge in the Pakistan is considered as the most dangerous bridge in the world. Rotten wooden planks attached by bits of wire the bridge below the footbridge from side to side. Massive gaps between the wooden planks, the Hussaini Bridge is both long and poorly maintained. Earlier the only way to travel for the citizens was by walking across mountain which passes to Rawalpindi.

During 1978, the Karakoram highway was completed, but the inter-region remains as difficult as it was some 90 years ago. Regular traveling through the region includes the plank bridges which cross Northern Pakistani’s mountain rivers and streams. 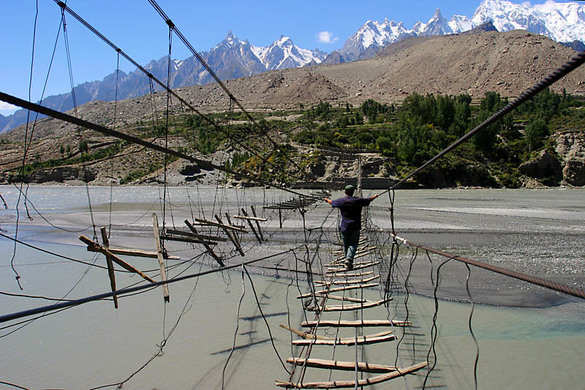 One of the exotic lakes in Hunza Valley is the Borit Lake that falls between the two major villages, so the inhabitants have to cross to each end for their daily work. However, with the name of the bridge, the locals believe that nothing wrong can ever happen to them because the bridge name has been kept after the Shajra of Hazrat Imam Hussain. 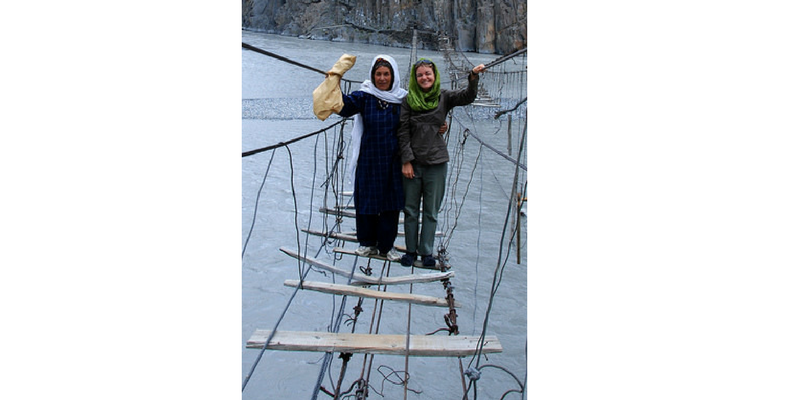 The Hussaini Hanging Bridge crosses the Borit Lake in the Upper Hunza. The strong winds shake the bridge and it only makes you numb. Every step to cross the bridge requires a leap of faith. The bridge has become the most adventurous spot around the world due to the terrifying and long walk that comes with it. 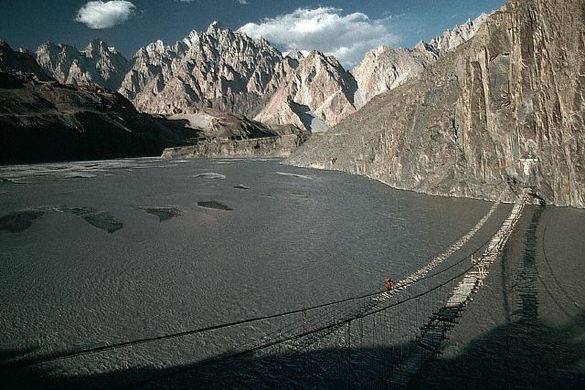 Not just Pakistani’s but wanderers from the world travel to this dangerous bridge to take the picture on it. Even today, the locals of the area cross this terrifying bridge with loads on their back being the only choice. (17.1) 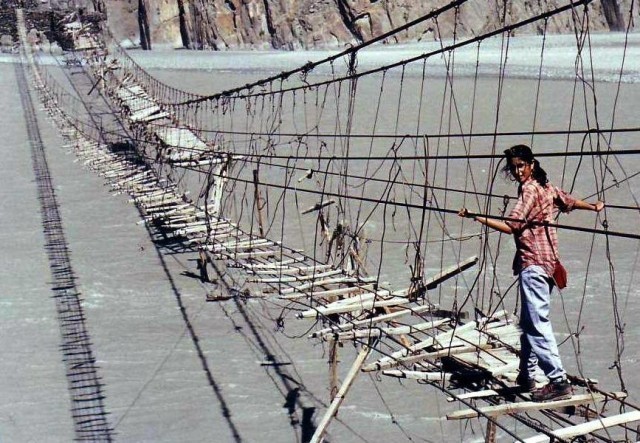 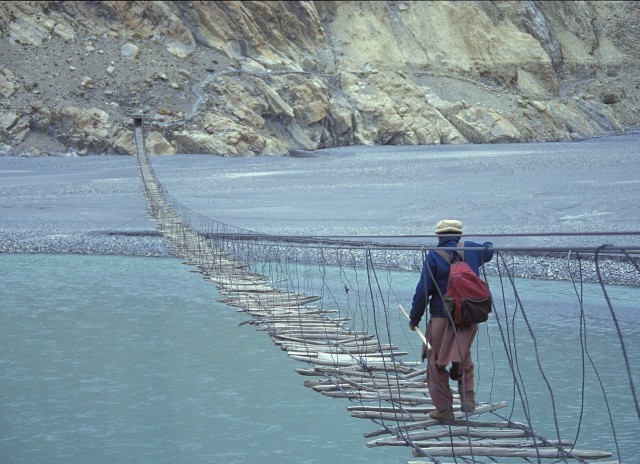 The insecure rope and wooden planks are not the safe way to travel, but it is far better than crossing the mountain and wasting 2-3 hrs just to get cross.

Despite its frightening look, the Hussaini Hanging Bridge is quite safe to travel and has become a tourist attraction, with hikers testing their nerves as they carefully walk across the bridge.

Mount Roraima - A Thrilling Hiking Beyond The Clouds