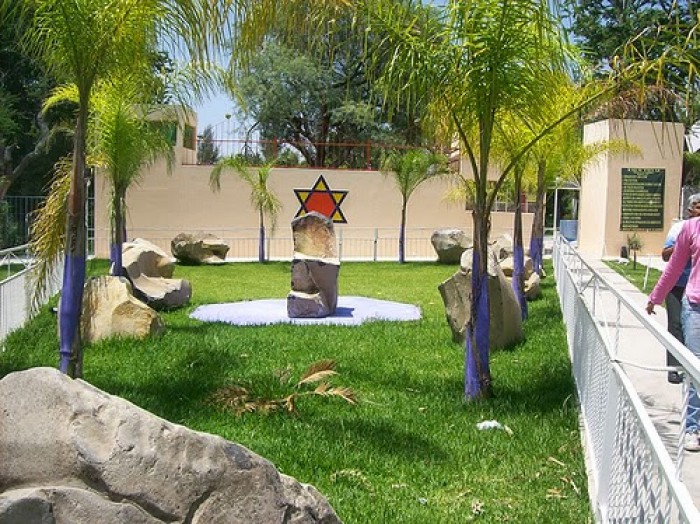 Throughout the world, there are places famous for spiritual power and healing. But only some people know about a peculiar place called ‘Foco Tonal’ that is located at Poncitlan near Ocotlan in Mexico. Hundreds of people come here from all across the country in search of help, healing their ailments, and getting in touch with divinity or Cosmos.

It is regarded as one of the world’s most important and curious energy points. The world has many scattered points but there’s no other like Foco Tonal because, as is known, it has some healing properties that have never been seen before elsewhere.

What is Foco Tonal? 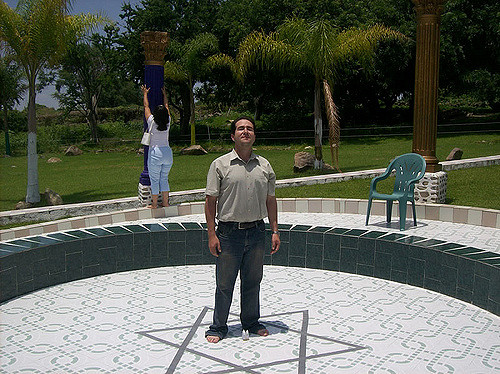 Identified as a power place by a Reynosa based clairvoyant, the land of Foco Tonal is owned by Don Manuel Dominguez who defines it as:

"An energetic point where we establish direct contact with the divinity. It is the entrance to another dimension. Everything we ask coherently will be given to us, since communication is immediate."

Unveiled in November 1998, the Foco Tonal is in the middle of an outdoor circle that is adorned with tiles and surrounded by seven columns in rainbow colors.

The Story Behind the Foco Tonal 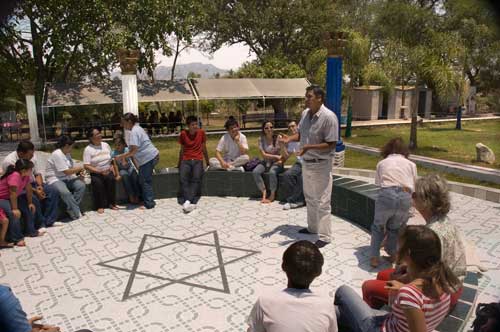 According to Dominguez, a visionary and healer Don Jose Sebastian Zamora had visited thrice in astral travel (the consciousness traveling without the body), a special place of healing and light but he didn’t know where it was located in the physical world.

Don Javier Salcedo Arevalo credited Zamora with saving his legs from amputation. In 1994, Arevalo invited Zamora to visit Ocotlan. Dominguez wished to meet Zamora gave an invitation to come to his fanciful castle home, complete with turrets and dragon gargoyles, that he was building next to Lake Chapala.

When Zamora walked around the house and wandered the grounds, he identified the spot as the power place he had visited spiritually. He located an area with two vortexes of energy: one drawing energy upward and one bringing the energy down from the heavens and marking the location with a stick. 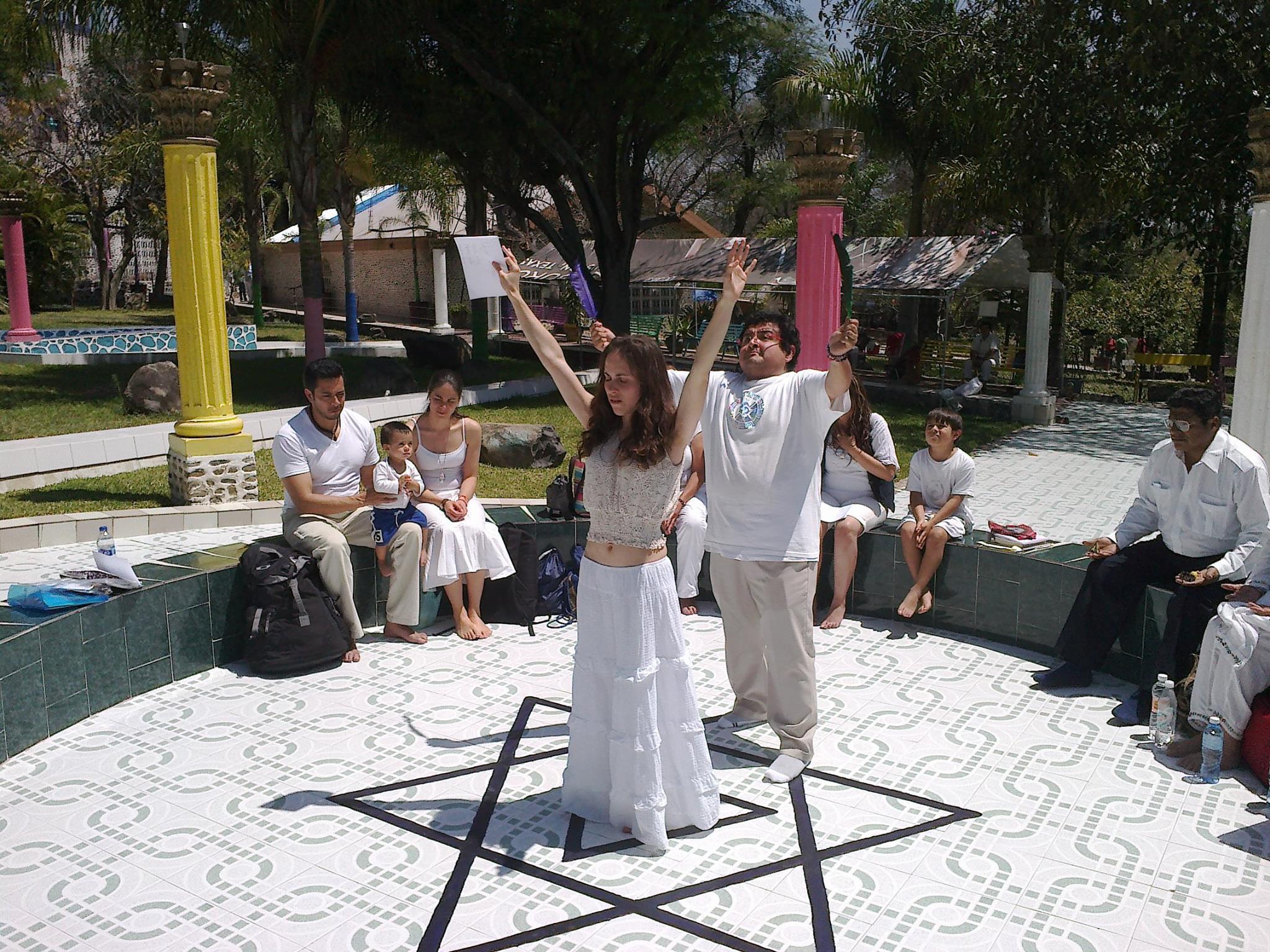 After recognizing the energy spot, a temple-like construction without walls began. The open-air roofless structure having shaped like a shallow, circular swimming pool with 7 different colored pillars reached a 60% completion stage when an amazing echo emerged and proved that it was a holy place. Visitors can still hear the echo when they utter their true names at a mark inside the circle.

Zamora came back to check out the echo. During a month-long prayer, he was told that an ascended master Saint Germain (a spirit that has been incarnated on earth, mastered Earth’s lessons, and now helps from the other side) had asked to be the protector of Foco Tonal. Zamora gave Foco Tonal its name saying, “This was my mission. It is finished.” Don Jose died quietly in his bed around 5 months later when Dominguez was given complete charge of Foco Tonal.

Calling the place “a heritage for the world,” Dominguez claims several healings to be taking place there. (17.1) 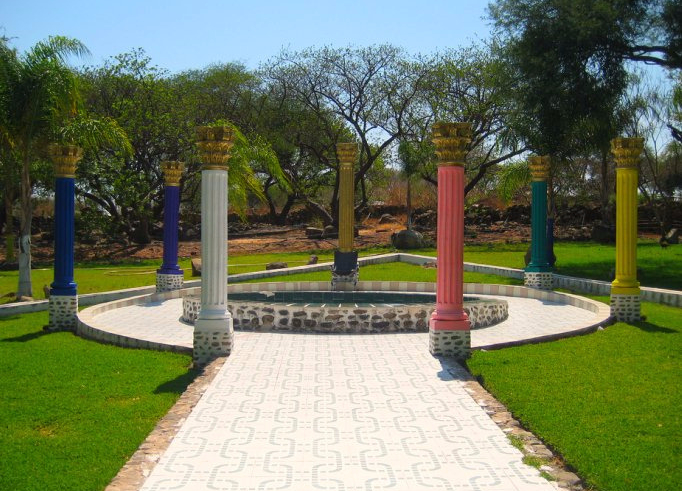 You have to make a small prayer to Saint Germain and walk barefoot to the place.

What to Carry Along You may carry objects to energize directly on the Foco Tonal including natural water, personal objects, objects, or metaphysical materials (pendulums, runes, rings, amulets), photos, and others. The mystifying acoustic phenomenon experienced by those who stop just at the energetic point is somewhat like the reverberation a radio announcer hears through his headphones while talking. The people outside hear the voice "in the distance" and "locked up". The castle here is the private residence of the owner and his family. On one side, there’s a chapel that is used for healing.

10 Things You Should Know About Madame Tussauds Wax Museum