Located on the south side of Mt. St. Helens, the Ape Caves is one of the longest lava tubes in North America that offers 2.5 mil... 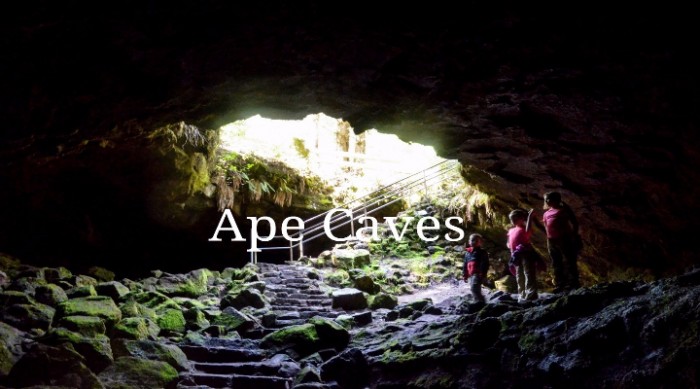 Located on the south side of Mt. St. Helens, the Ape Caves is one of the longest lava tubes in North America that offers 2.5 miles of explorations for the adventurers. Ape Caves were formed nearly 2000 years ago when lava flowed down the Mount Saint in streams. As the lava cooled down, an outer crust was formed that allowed molten lava inside to flow and create tunnels.

It is a fascinating hiking destination with exotic views of the Mount St. Helens lahar region. Lava tubes are a unique formation in this region; as volcanoes of the Cascade Range are mostly the conical volcanoes and do not typically erupt with pahoehoe. (17.1) 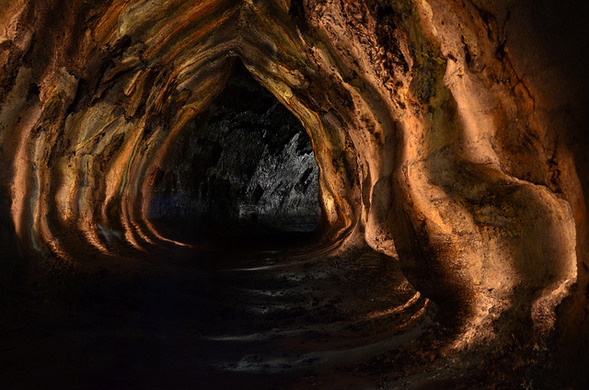 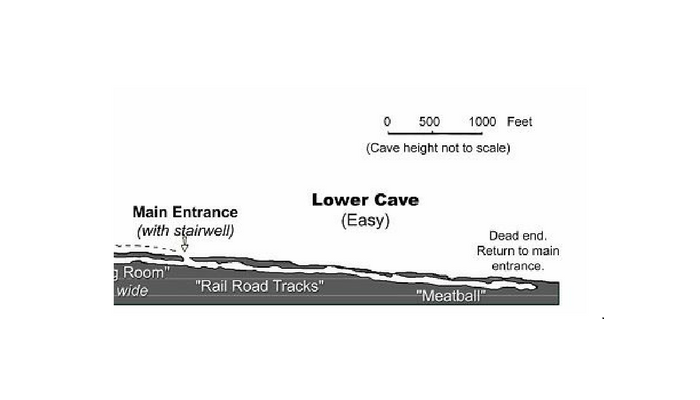 Another attraction here is the ‘railroad tracks’ on a levee that formed along the sides of the flow.  As the lava drained out of the tube, the levee remained unaffected. Cylindrical deposits of the lava hang from the tube are formed by dripping and are formed on the floor of the tube by the accumulation of the drips.

The upper part of the Ape Cave is one and half mile long and usually, takes two hours to complete. The boulder piles formed after the ejection subsided and the fluid lava evacuates from the tube. As it cools down, it began to crack and shrink. These cracks weaken the ceiling and cause the wall to collapse. (17.2)

The lower part of the ape cave is quite an easy walk while the upper cave involves a scrambling over lava blocks. There is also an option to crawl into some side of tunnels along the way.

The Ape Caves was discovered by Lawren Johnson in 1951 when he noticed a tree that looked wrong. After investigating the tree he found that it tilted into a lava tube collapse. 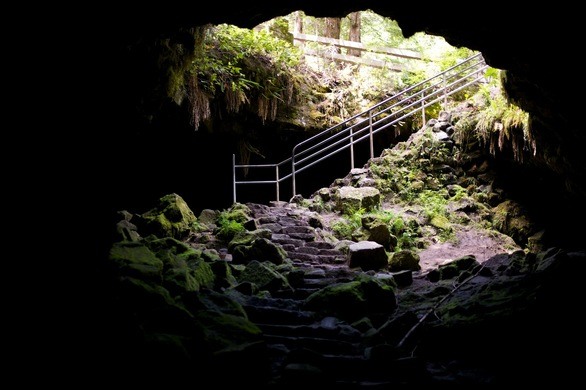 Beyond the lava fall, there are rock formations that require physical ability to cross over. Then at about 1.5 miles is the skylight, it is a hole in the ceiling which allows the first natural light to the entrance. The ceiling here is about 6 feet high, so take care of your head, then retrace your steps to the ladder and head up topside.

Overall, the Ape caves include the exploration of a spacious lava tube, followed by travel through a longer, smaller and more rugged lava tube to an exit. 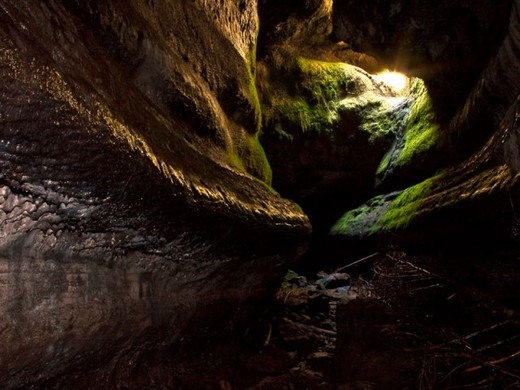 How was it formed?

It was 2000 years ago when lava poured down the southern flank of Mount St Helens in streams. As the lava flowed down, the outer parts of the lava cooled forming a hardened crust which insulated the molten lava beneath. This allowed the lava to stay hot and encased in the lava tube and it continued flowing during the emission. The final result was the formation of this longest 12,810 feet long lava tube.