Planning to visit an unusual and eerie happening place this year? If yes then Seattle Gum wall will be a good choice for you all, as it is creepy as well as induced with inbound beauty. 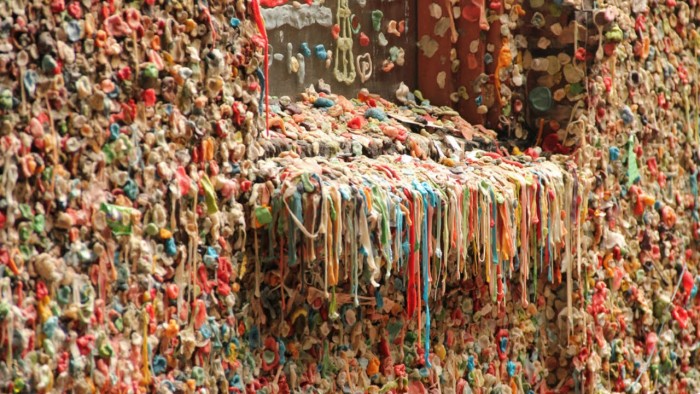 One of the famous intriguing tourist sights in Seattle has attracted a lot of tourist from all over the world to the Market Theater Wall in an Alleyway. The wall is an allurement as it contains the used loops of Gums on it.  This place is similar to the one present in the San Luis Obispo, California is known for bubble gum Alley. 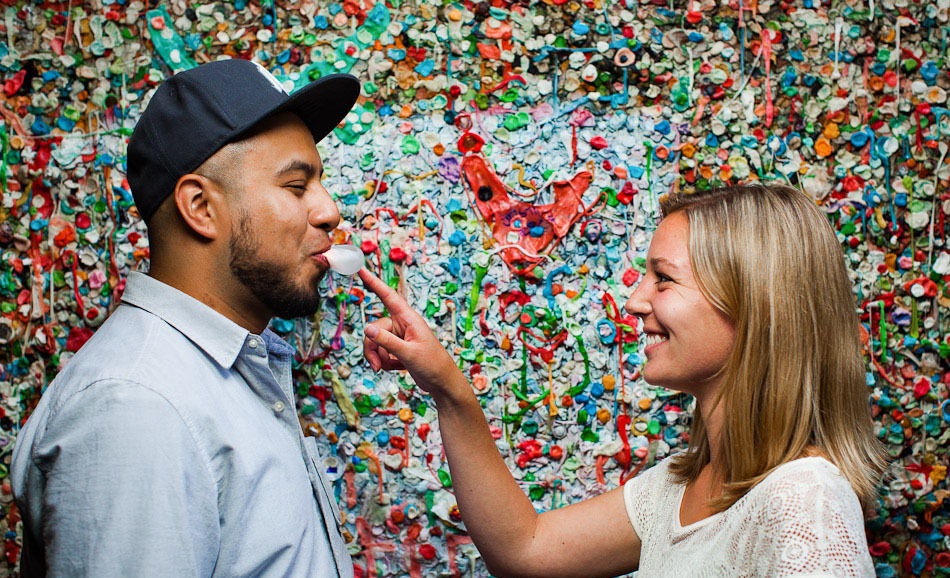 The wall gets covered several inches thick Chewed gums making it the famous Germiest attraction in the world. It is placed to showcase the hidden work of art which is dumped on the Wall. It is an unexpected representation of the Seattle Beauty.

Here are some interesting facts about the sticky wall which will spellbind you : 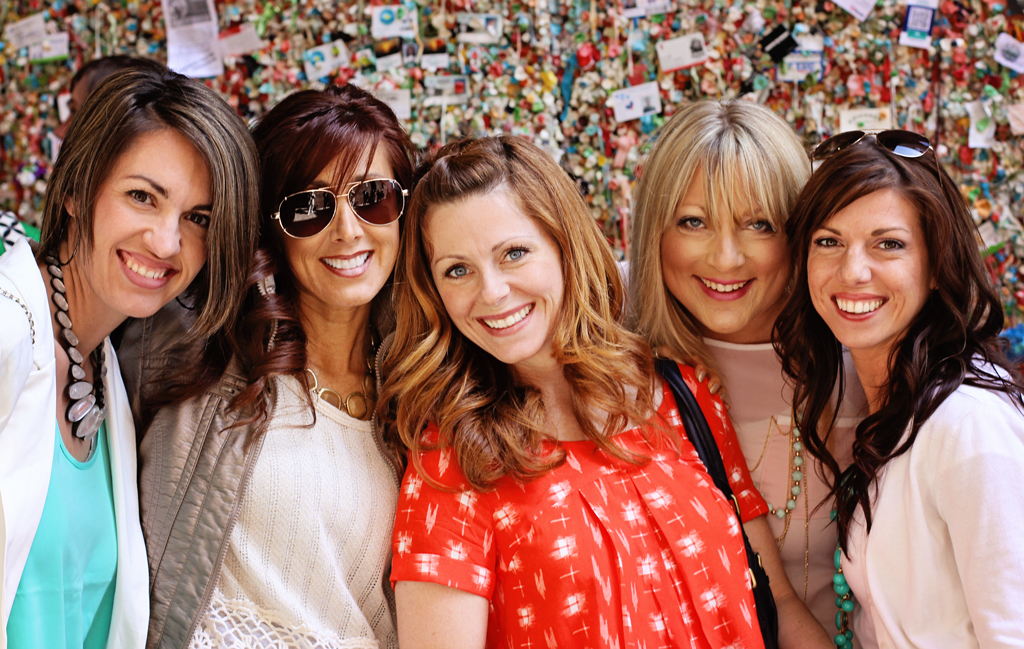 This tradition started in 1993 when for the first time the unexpected production patrons stuck the used gums on the wall. In Spite of removing and cleaning it twice by the workers, it did not stop. 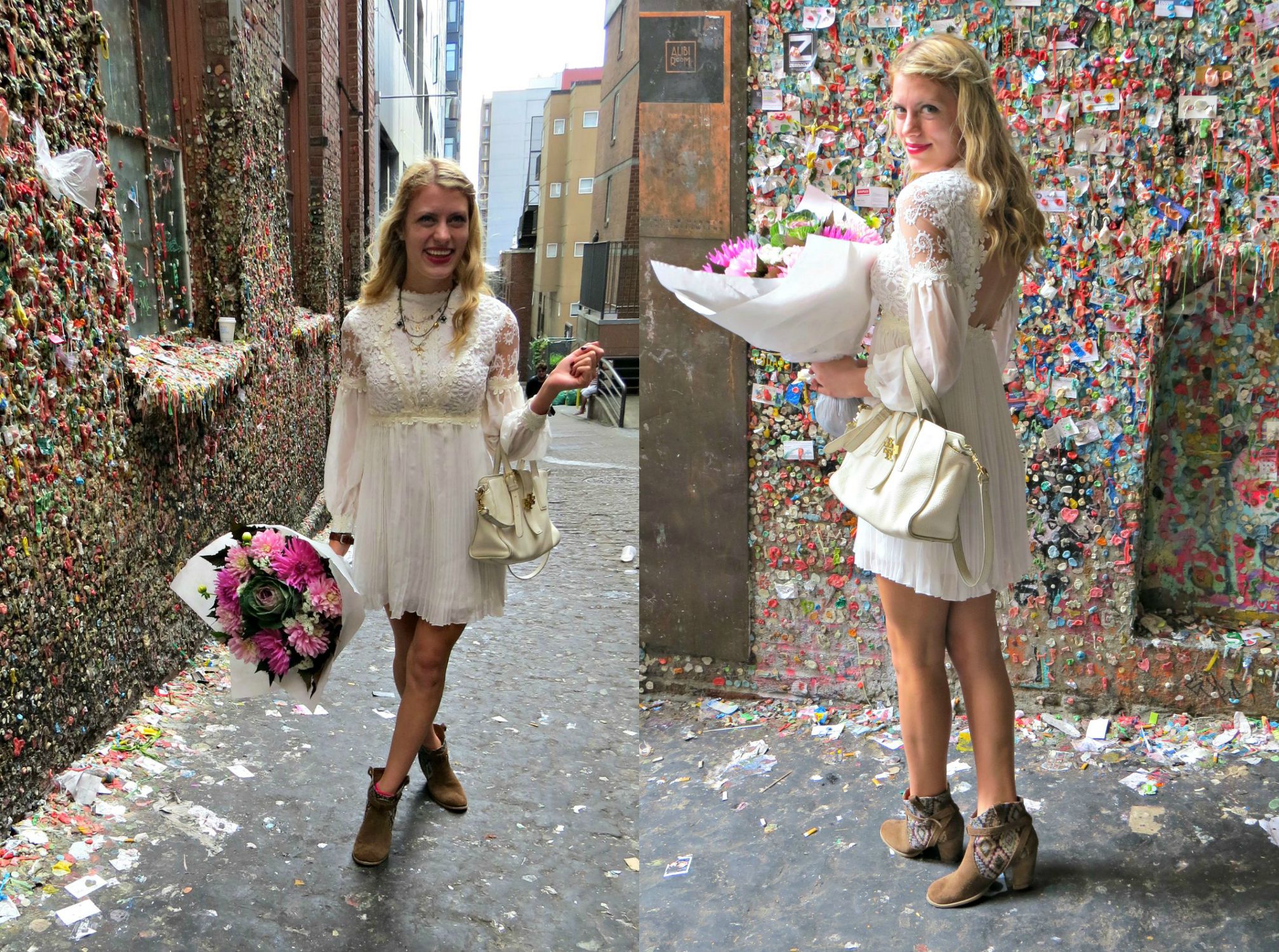 Slowly it gained tourist attraction in 1999 and since then the wall is known as sticky gum of the Seattle. This wall is at the box office of the market theatre. This wall is located at the Post alley under Pike Place Market. It is a local landmark in the town. 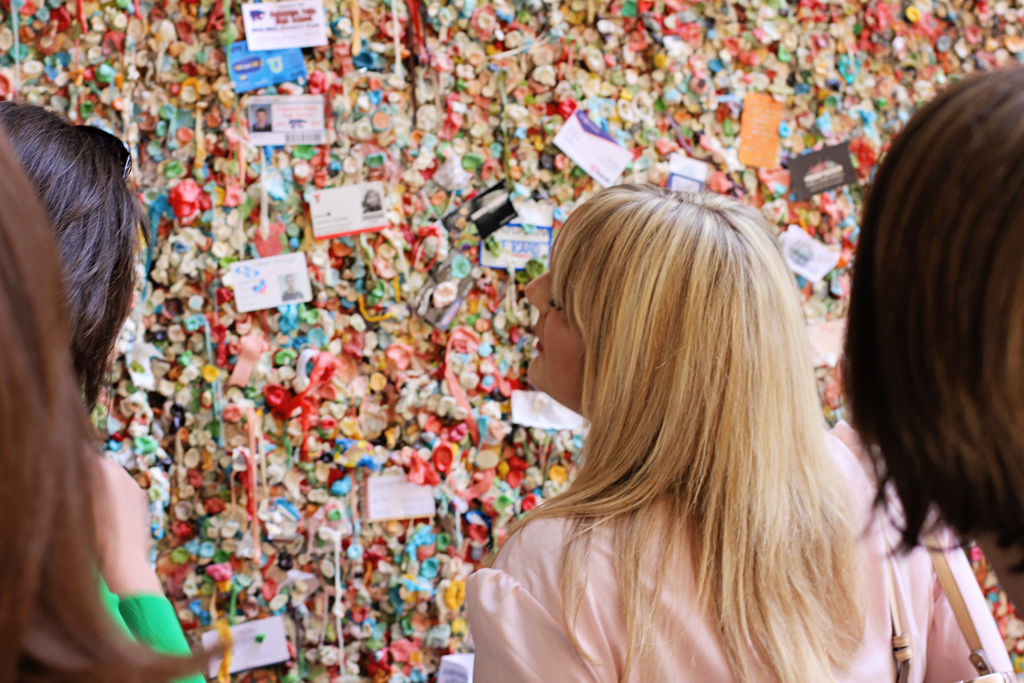 This wall is marked as the inception of the Ghost Tour as it looks a bit creepy and horrendous. Though the wall contains colorful attached Chewed Gums. It is a tourist fascination to visit the charisma of the wall just after the Stone of Barley. 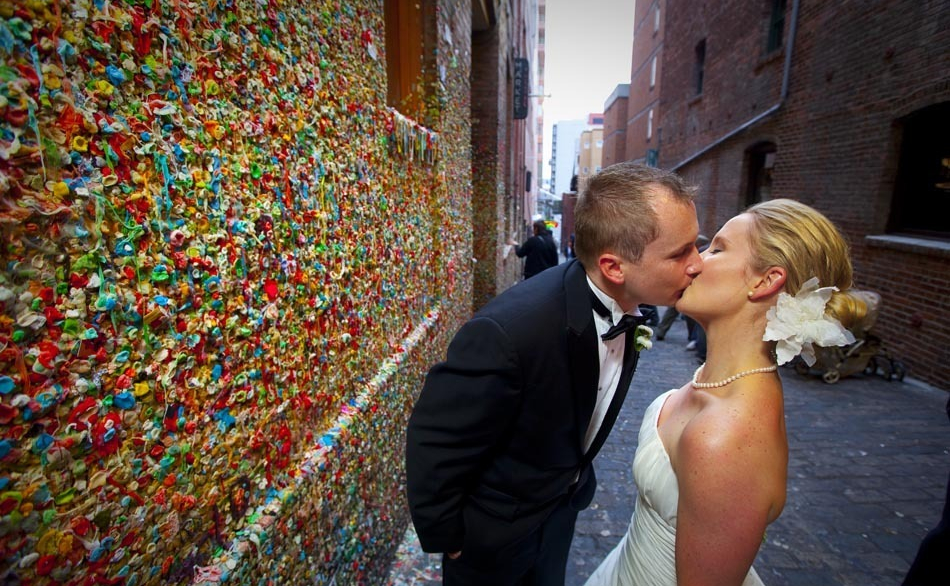 The wall has become the site for the pre wedding shoot of the bride and groom. It is another kind of temptation for the lovers in the world. This wall has gained a lot of popularity and became famous by different enchantment. It is a place which is known for its magnetism by its beauty which attracts people from all over the world towards it. 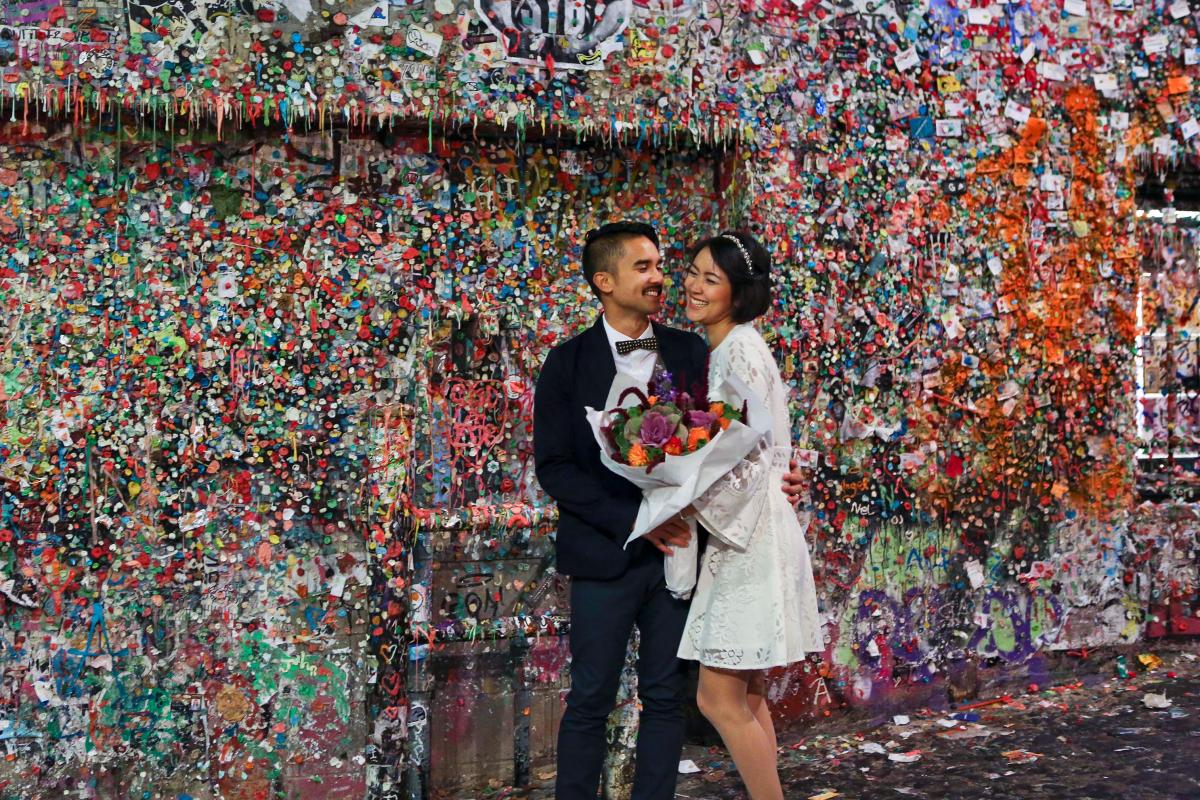 The famous film Love happens used the sight for the beautiful attracting backgrounds for the movie. This resulted in an increase in the number of the Tourist to visit the germicide place. According to some people, the linger is an Ewww and yucky while for other it is a decorative sight. 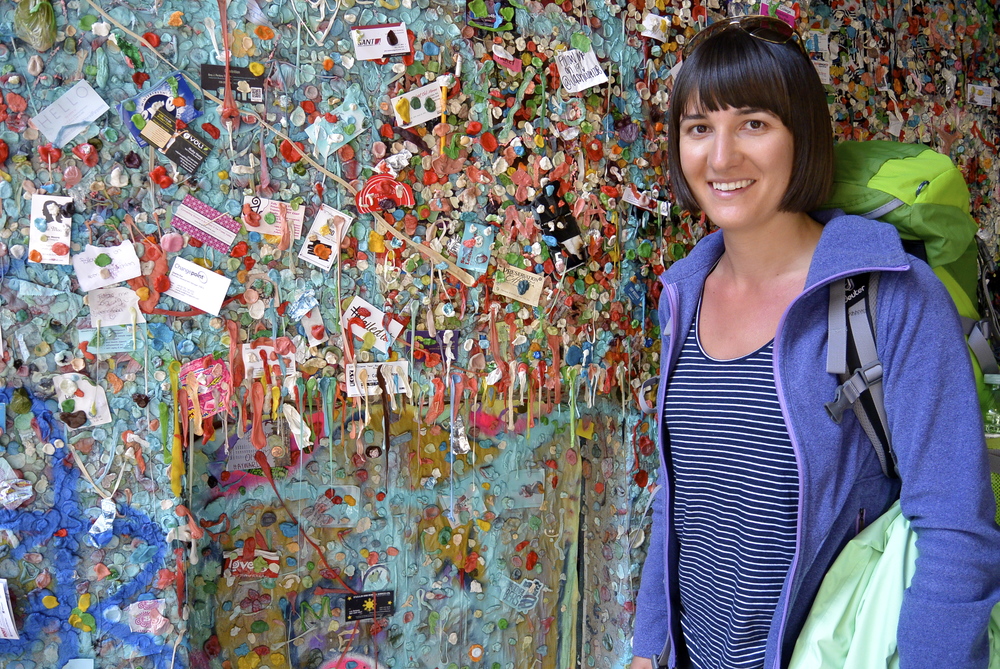 The people crave the art with the chewing gums on the wall. The colorful display of the artifacts is a huge fascination among the art lovers. This piece of art has expanded in the alley covering the enormous brick wall. Some portray the peace sign with the Gums while the others make funny and creative stuff. 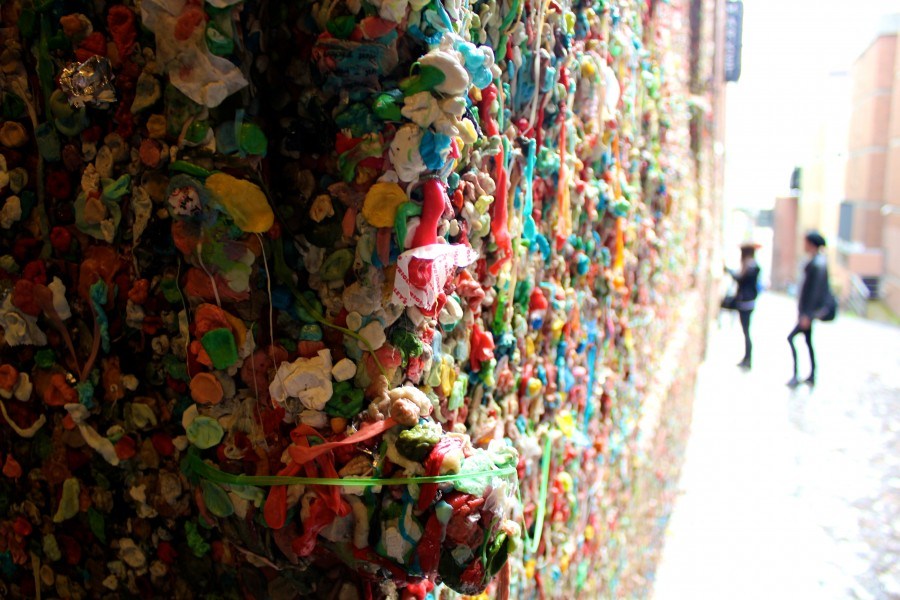 All the person stuck the gum on the wall with a coin imbibed in the blob of the gums. Though the fashion to add coins did not remain in the market. Now only the sticky gum is stuck on the wall. People are welcomed from all over the world to add a wad. 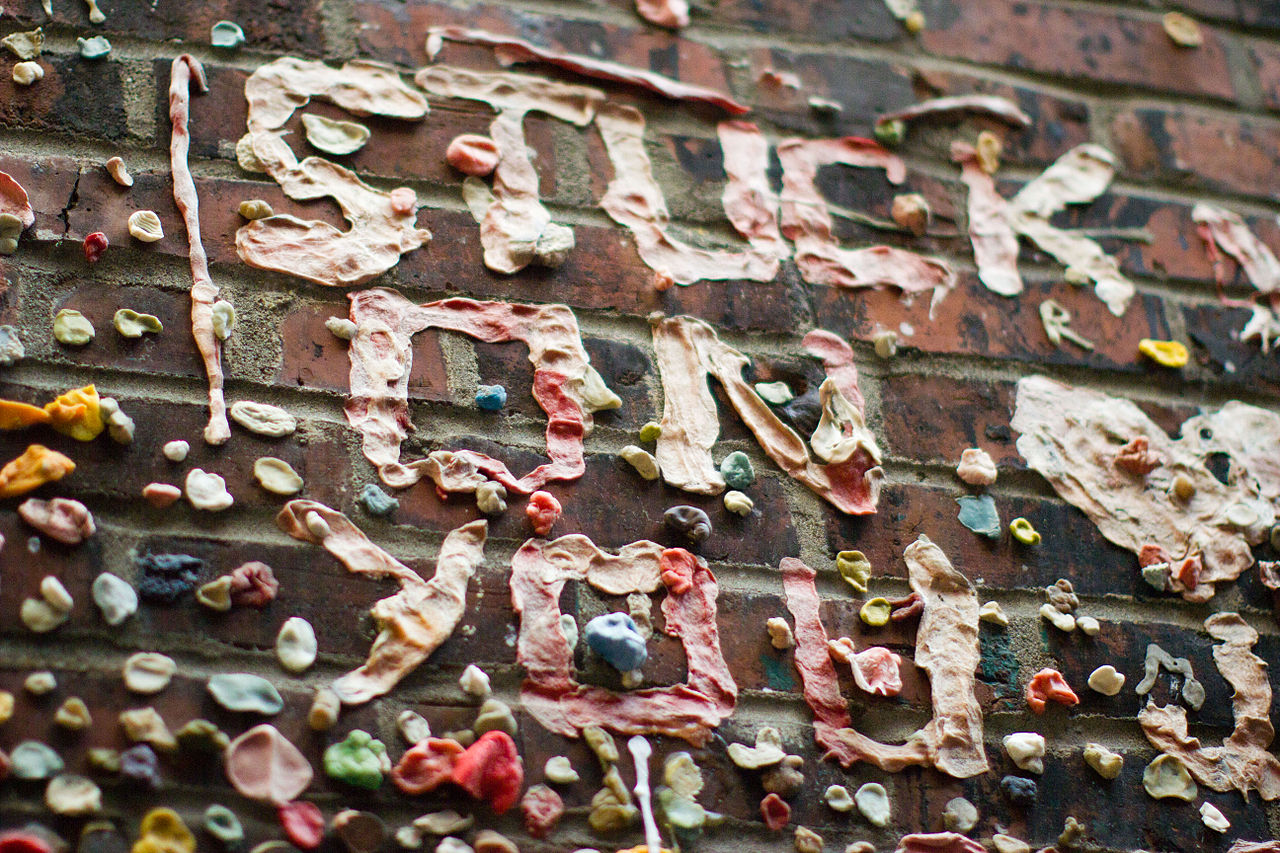 The lovers are using this wall to show their love for their beloved or girl friends. Lovers always find one or the other way to showcase their intense love in front of the whole world. This has also contributed in the increment of the visitors from the world. 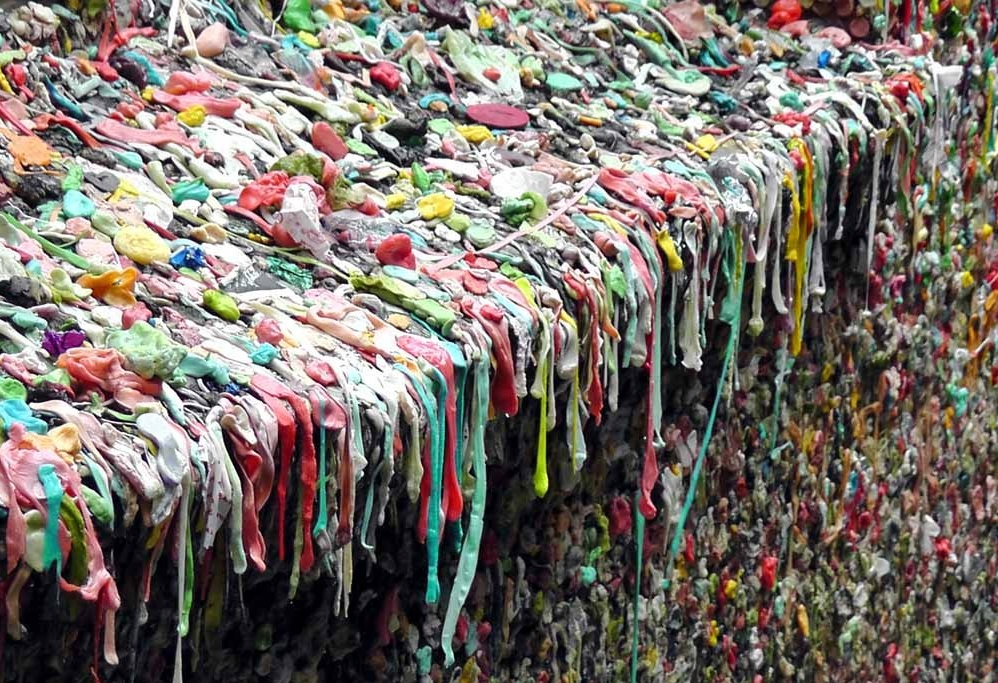 Sunny Summer season proved to be doom for the gums stuck on the wall as it takes away its shiny colors making it less catchy to eyes and rests all the seasons does not impact much on the wall. 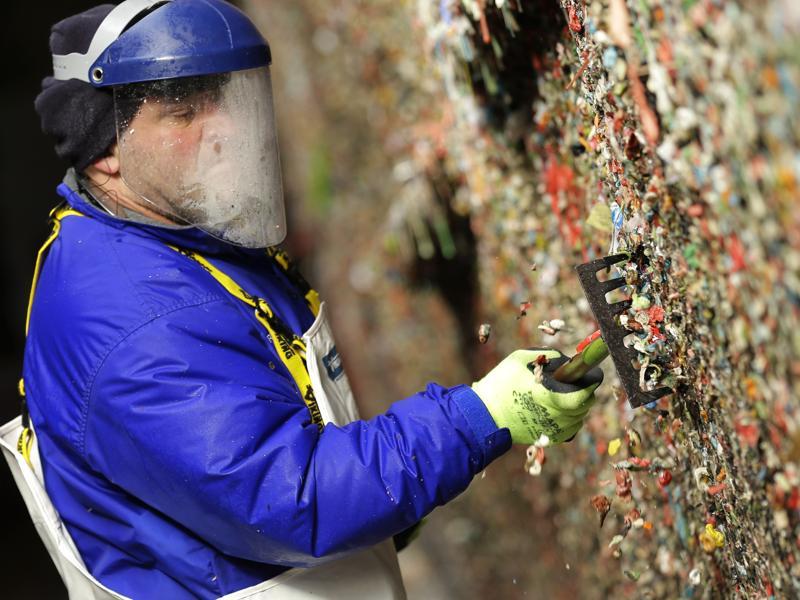 The Wall stuck with chewing gums which is a small miniature of art and messages written on it where the locals and tourist kept on putting the gums from last 20 years.

Market prevention authority and development announced on 3rd November 2005 to clean up all the sticky wads in order to prevent the bricks from the erosion. It almost took 130 hours to complete the removal of 2,350 pounds of the gums wad. 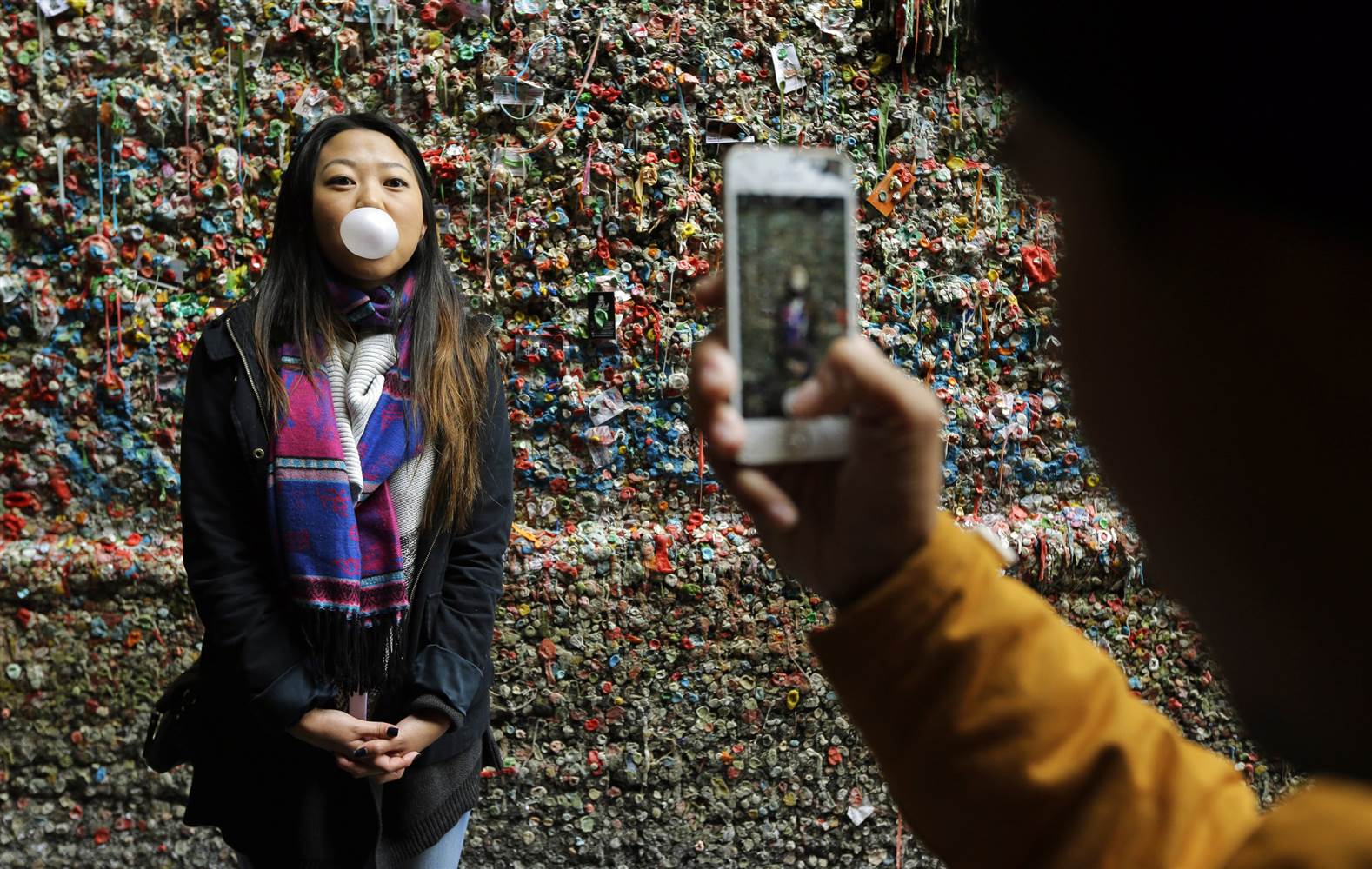 After the completion of the cleaning the locals and tourist again started sticking Gums on the wall making it similar to the previous one. This is a considered as an iconic wall in the history.

Hope you are amazed at these interesting facts and are planning to visit the colorful, artistic, photogenic sticky Gum wall this year.

Kamaole Sands Hotel: A Place No Less Than A Heaven