12 Prohibited Places That Will Get Better Of Your Curiosity

Some places make us believe that what we see; that is all there is to see but in reality like every other regular mysterious pla... 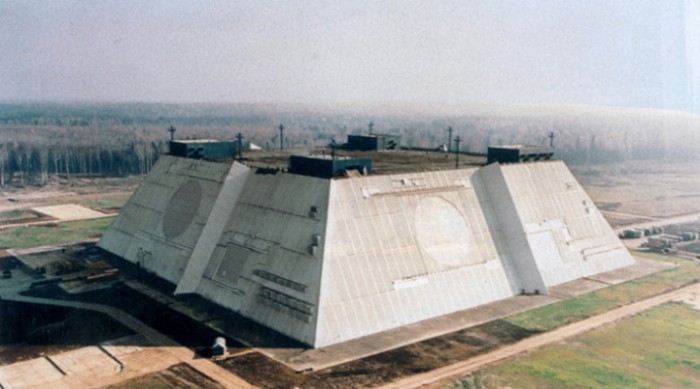 Some places make us believe that what we see; that is all there is to see but in reality like every other regular mysterious place these sites are more than what meets the eye.

From the most famous and controversial Hangar 18 at Wright Patterson Air Force Base to the alleged Alien-Human facilities at Dulce Base.

Here are some of the most thought provoking prohibited places in the world. 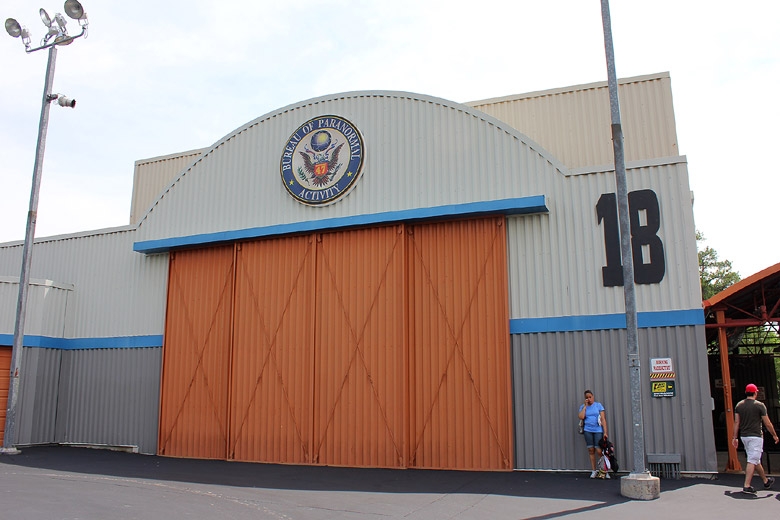 Several eyewitness accounts of military personnel and even civilian workers who handled debris from the Roswell crash, and saw bodies of creatures not of our world, give us a very plausible Wright-Patterson connection to the study of alien technology and physiology.

However, there is a large contingency that believes that after the Roswell crash, much of the wreckage of the UFOs and the alien bodies were taken to WPAFB and stored in a facility that came to be known as Hangar 18. The bodies of the aliens are said to be preserved in the “Blue Room.” 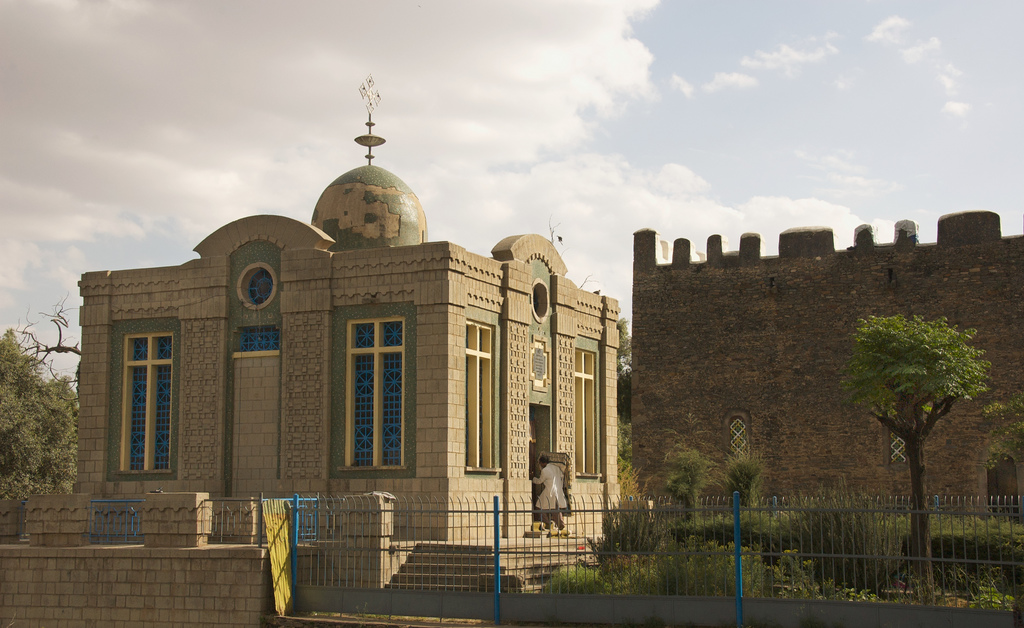 The Church of Our Lady Mary of Zion is the most important church in Ethiopia, and claims to contain the Ark of the Covenant. According to tradition, the Ark came to Ethiopia with Menelik I after he visited his father King Solomon. Only the guardian monk may view the Ark, in accordance with the Biblical accounts of the dangers of doing so for non-Kohanim.

This lack of accessibility, and questions about the account as a whole, has led foreign scholars to express doubt about the veracity of the claim. The guardian monk is appointed for life by his predecessor before the predecessor dies.

Pine Gap is the commonly used name for an Australian Earth station approximately 18 kilometres south-west of the town of Alice Springs, Northern Territory in the centre of Australia which is operated by both Australia and the United States.

The location is strategically significant because it controls United States spy satellites as they pass over the one third of the globe which includes China, the Asian parts of Russia and the Middle East. Central Australia was chosen because it was too remote for spy ships passing in international waters to intercept the signal. 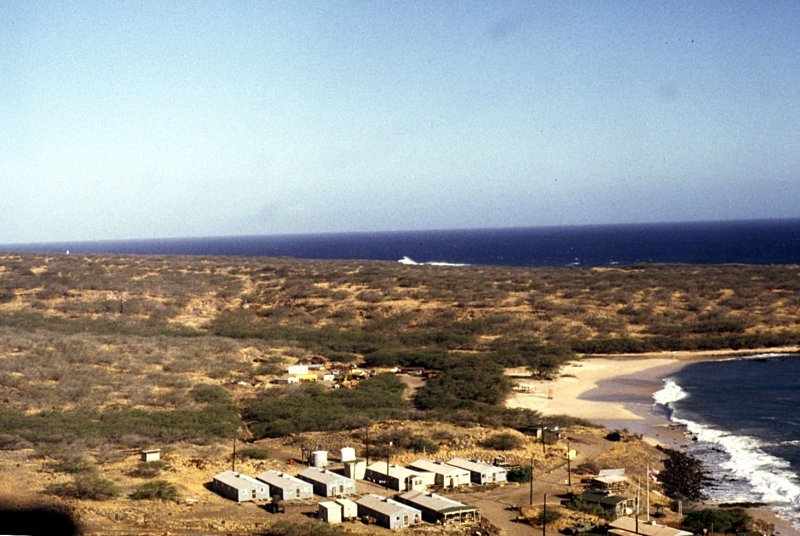 Kahoʻolawe has always been sparsely populated, due to its lack of fresh water. During World War II, Kahoʻolawe was used as a training ground and bombing range by the Armed Forces of the United States. 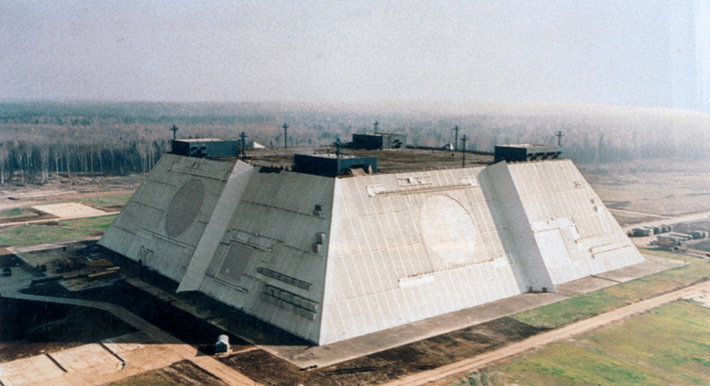 The Don-2N radar ( NATO: Pill Box) is a large missile defence and early warning passive electronically scanned array radar outside Moscow, and a key part of the Russian A-135 anti-ballistic missile system designed for the defence of the capital against ballistic missiles.

6. The Ghost Town Of Varosha 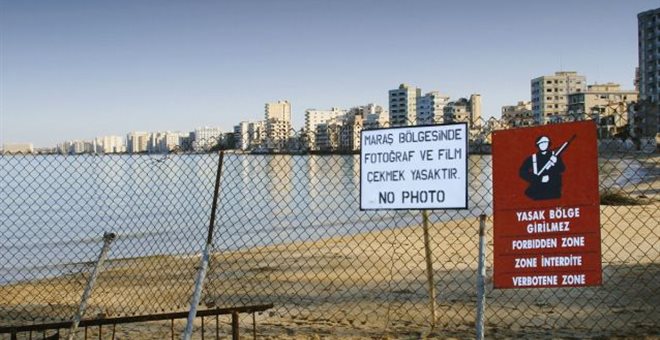 Prior to the Turkish invasion of Cyprus, the city of Varosha had a population of 39,000.Following

the Turkish invasion of Cyprus on 20 July 1974, the Greek Cypriot army withdrew its forces to Larnaca. The Turkish army advanced as far as the Green Line, which is the present day border between the two communities.

Just hours before the Greek Cypriot and Turkish armies met in military combat on the streets of Famagusta, the entire population fled, fearing a massacre.

7. Human-Alien Collaboration At Dulce Base 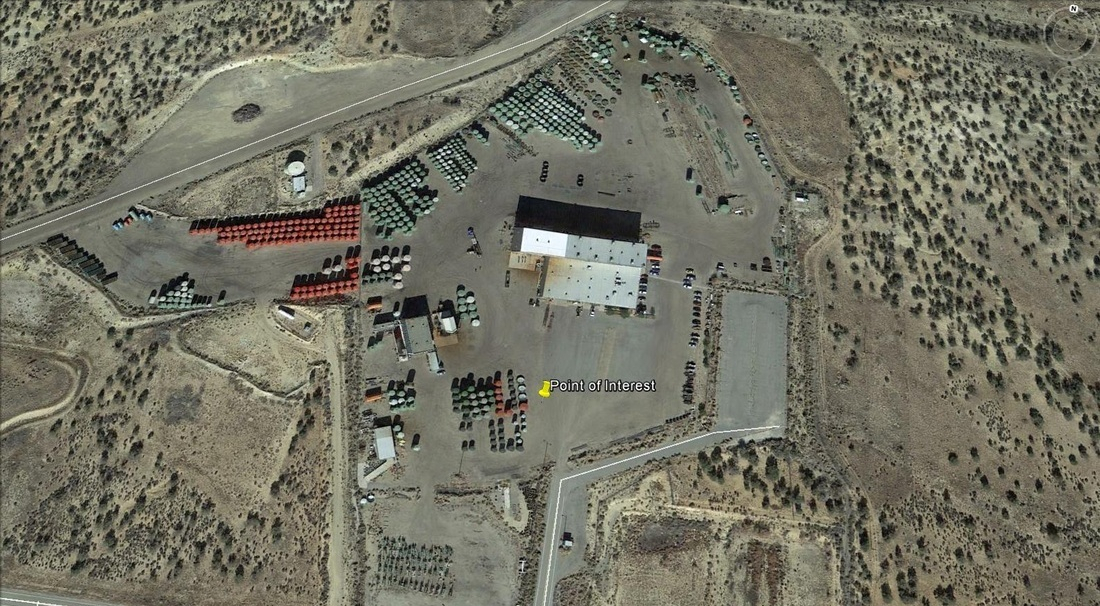 Dulce Base is an alleged joint human and alien underground facility under Archuleta Mesa on the Colorado-New Mexico border near the town of Dulce, New Mexico, in the United States. Claims of alien activity there first arose from Albuquerque businessman Paul Bennewitz. 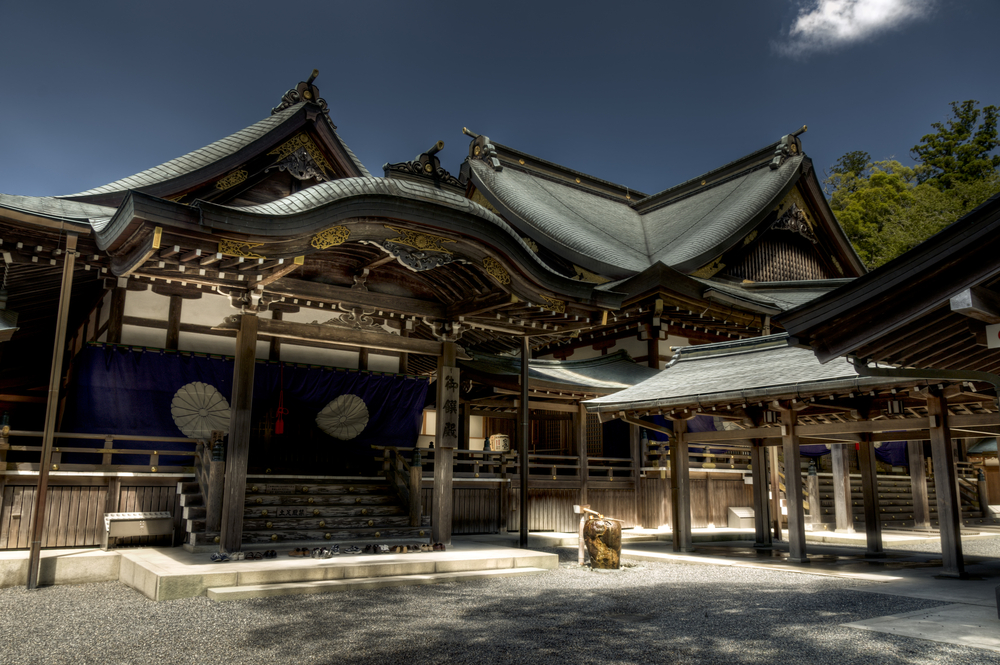 Ise Grand Shrine also known as Ise Jingu is a complex of over 125 shrines located in Ise City, Mie Prefecture. It is centered around the main shrines of Naiku (inner shrine) and Geku (outer shrine). 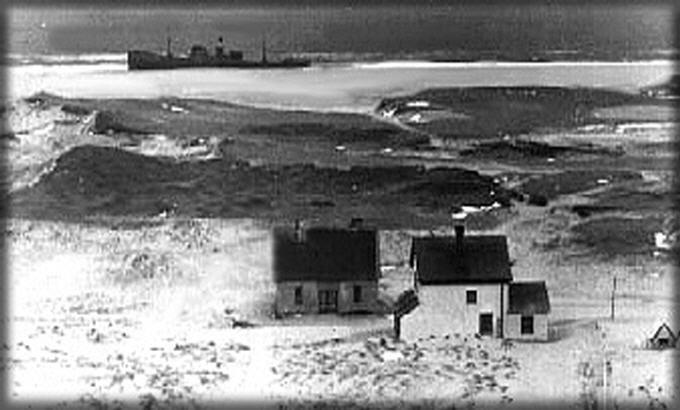 The Sable Island in Canada has been a temporary home for shipwrecked sailors, en route convicts, and pirates brought there inadvertently by the legendary gales that blow around the island. Sunken ships, the victims of these storms, litter the surrounding ocean floor, giving the island its reputation as “the Graveyard of the North Atlantic.” 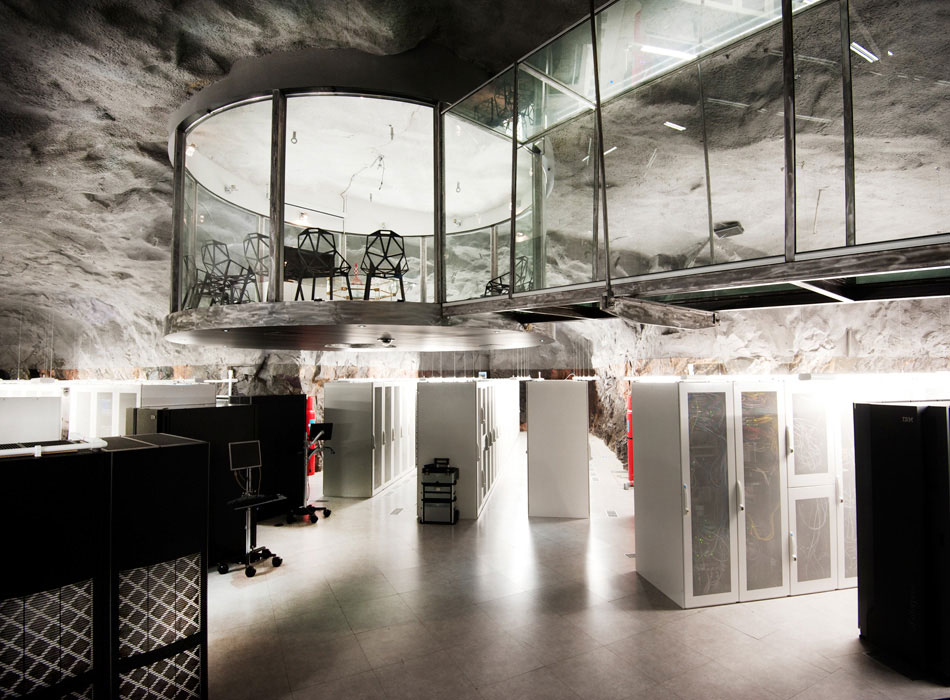 Pionen is a former civil defence center built in the White Mountains Södermalm borough of Stockholm, Sweden in 1943 to protect essential government functions from nuclear strike. The address of the Pionen data center is Renstiernas gata 35 and 37.

It was converted into a data center by the Swedish Internet service provider Bahnhof. It opened on 11 September 2008 and Bahnhof continues to use the facility today. 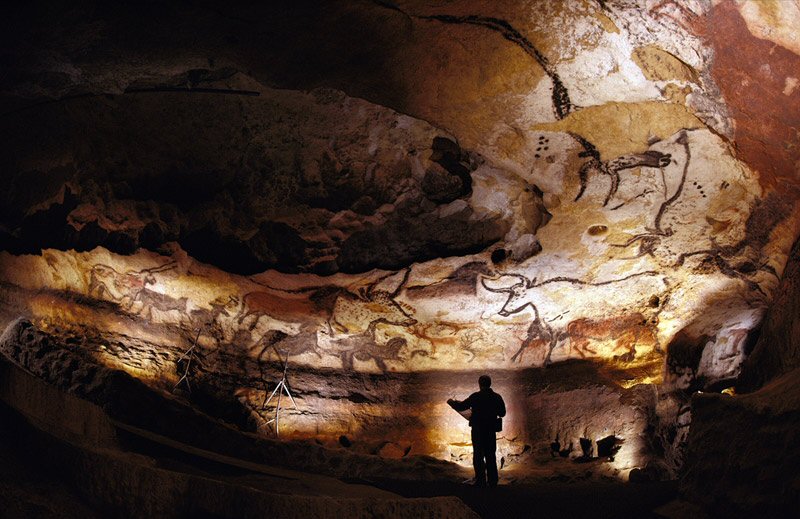 The celebrated Lascaux caves were discovered in 1940 by four teenagers and their dog, Robot.

Today, only a tiny handful of people (mostly scientists) are permitted inside Lascaux for a few days each year in order to help prevent the magnificent paintings, drawings and engravings from joining their creators, and vanishing entirely. 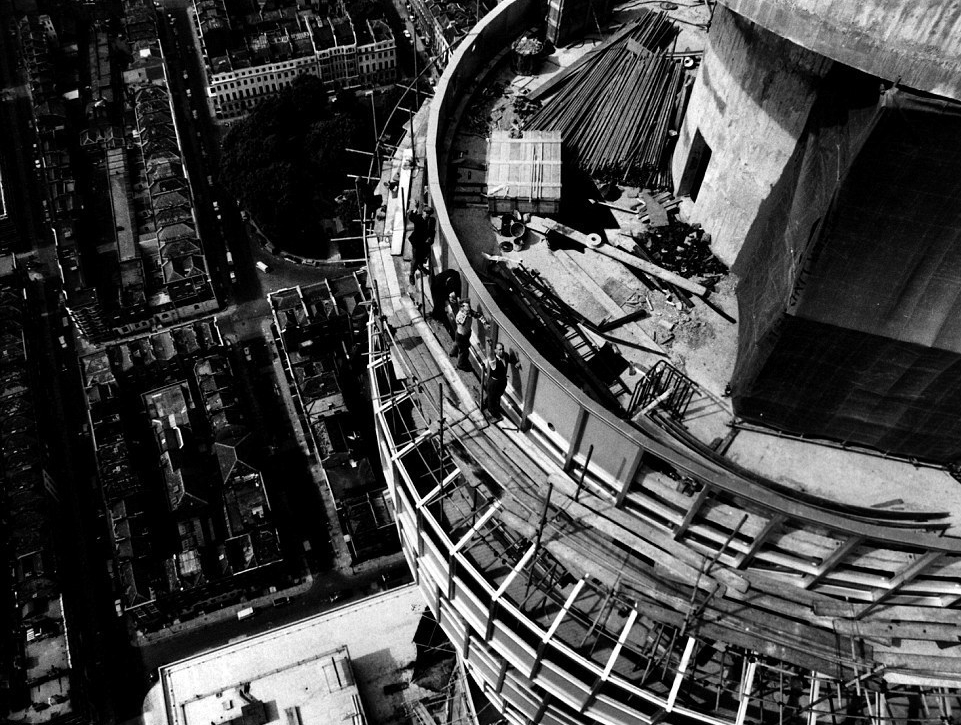 Apart from the telecommunication and GPO, The British Telecom Tower was also designed to operate through the white heat of a nuclear apocalypse. It’s got a war room underneath, but the shutters on that underground bunker were brought down after a half-arsed bomb attack on the revolving restaurant at the top of the tower in 1971.