Top 10 Overwatch Game Mods To Spice Up Your Play 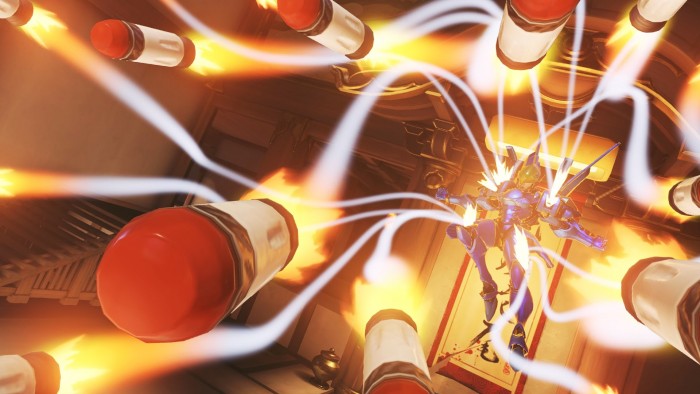 Games like Counter Strike, Dota, and Overwatch are ruling the internet in terms of Massively Multiplayer Online Role Playing Games (MMORPG). And these games are the sole reason that online competitive computer games were recognized as E-SPORTS.

In February 2017 Blizzard entertainment; creator of the Overwatch announced that it crossed 30 Million registered player base mark, which in itself is a remarkable achievement, considering that it’s only been a year since the launch of the game in May 2016.

According to Blizzard, a PTR (Public Test Region) patch was released in February. In which the new custom game options allow players to boost movement speed, remove cooldowns, change team sizes, ban heroes, and alter all sorts of other values. That’s already resulted in a handful of cool ideas. Also, a whole lot of chaos.

PTR is still in Beta mode so encountering bugs is a regular incident. Well, you have to sacrifice something for the freedom of modding.

Check out these top 10 super crazy Overwatch Mods that will make you praise the P.C Master Race.

Stealthy Sombra hasn’t received as much love from the community as expected in Competitive Play, the Game Browser is looking to change that with a take on the Predator that’s just as intense as the movies.

This custom mode consists of 3 rounds where there are two teams called soldiers and predator facing each other. Team soldier needs to survive predator attacks and if they succeed, the predator is revealed and then eliminated. Three players play as Soldier: 76 while trying to survive and eliminate “the Predator,” who in this case will be Sombra.

Set the game type to an Elimination match with no hero limits and no health bars before forming your two teams. Three players will join the same team and pick Soldier: 76 while the Predator will pick Sombra and join the opposite team. Make sure to severely buff Sombra’s abilities, health pool, and movement speed while reducing Soldier: 76’s. Also, remove Soldier: 76’s abilities and then start up the match. Team Soldier: 76 then must survive against Sombra’s attacks, winning rounds by staying alive until the clock runs out.

Representing the humans are Genji, Hanzo, and Widowmaker, whose wall-climbing and grappling abilities help replicate the zippy flight of the omnidirectional harnesses used by AOT characters. Movement speed is drastically increased to allow those street-long leaps.

Attacking the map are the Titans, here played by Winston and Roadhog. Their health and damage is vastly buffed, but being stuck on the ground means they don’t have the edge on the incredibly nimble garrison team.

Played on Ilios (plenty of walls to bounce off) in Elimination mode, you can recreate the panic and stakes of Attack on Titan, if not the horror and scale. See it in action in the video from False Proof above, and check out the rules here.

This particular mod lets you play with a team of 3 heroes against 6 tank Reinhardts. The mod is called ‘Zombie’ because Reinhardts are so buffed that it’s terrifying.

4.House The Of Flying Genji

Super sped Genjis wreaking havoc is all this mod about. By turning off cooldowns on abilities, you can infinitely use Swift Strike to keep Genji in the air and ‘fly’. All players can only use Swift Strike, and the first team to 15 kills is the winner.

Oh, and to make things even more tense: you can’t touch the ground, otherwise you lose a point. To facilitate this scoring system, the entire team needs to launch themselves over the edge of Ilios’ cliff face so everyone is duelling over the sea. If a player falls, they’ll be automatically killed.

Juggernaut mod—endless super fast Mercys vs A Lone Roadhog—is like watching an elephant fight an army of Sonic The Hedgehogs.

All the Mercy players are set to 150% attack damage and 300% speed but are reduced to 30% of their normal health. Roadhog gets a whopping 500% health buff but only moves at 90% his usual speed. This seems a pretty good balance, allowing Roadhog to bat the Mercy players like flies when they approach one by one, but suffer if they attack as a swarm.

The mod’s name explains a lot about what it does. Actually Surfing and knifing is as much as you can do with this mod. Just surf over the roof tops and race with your allies.

Lucio is the most ideal and favourite hero of the players for this particular mod with his already pain in the ass standard speed boost, Imagine his movement speed cranked up to the maximum in a custom game.

The basic premise of Lucio Racing is simple: Just crank up movement speed to the maximum amount allowed in the Game Browser while keeping ability cooldowns standard. Next, have everyone pick Lucio as their character.

Once you’ve all lined up on a specific side of the map, give a go signal and race to the over side of the map as quickly as you can by using his wall runs and abilities. We’d recommend picking a straightforward racetrack, like Numbani or Route 66, but that’s a decision which is entirely up to you.

Resurrecting allies is one of the supporting abilities of Mercy but what if gets a buff where it can resurrect minions and kill for her sake. It’s one hell of a defining mod which can convert her from a support into a heavy damage causing Carry.

Necromercy revolves around the concept of creating a massive boss fight. This puts six normal characters against a single overpowered tank to see who walks away triumphant. These tend to be a little one-sided, however, which is where Mercy comes into play. Essentially, one team consists of a heavily buffed Mercy alongside an army of A.I. bots, while the other consisting entirely of human players works to take them all down and capture the points on the map. With Mercy’s Resurrect ultimate charging up quickly due to her buff, the A.I. bots can be brought back to life every 30 seconds or so, seems like Overwatch: Halloween.

If your every attempt at a 6 man High Noon has gone in vain, then you should try re-enacting some wild west dramatic duels. With the custom matches, there’s a way to turn McCree’s machismo down a few notches for a good ole fashioned Western duel, preferably on the theme-appropriate Route 66 if you’re feeling up to it.

We recommend putting player health to around 25% while turning abilities off and cranking up the damage modifier to 200%. Naturally, you can mix and match the rules as you’d like, but going for the famous ten paces after standing back-to-back before firing is the way to go or one the player as Junkrat places a mine in the middle of the road, and the McCrees then face each other in wait. When Junkrat triggers the mine, the first McCree to draw and kill the enemy is the winner.

This custom mod is a 6-a-side elimination game that limits character picks to the most ‘realistic’ choices; you’ll only find Soldier 76, McCree, and Windowmaker here. What’s more, you can only score kills through headshots. Like we said, this really embraces the hard-core leanings of CS:Global Offensive.

Increase damage to 500%, disable ultimates, restrict damage to headshots only, and you can create an elimination mode that’s not only thrilling, but a great training ground for fine-tuned aiming.

In this Badminton like custom mod, Two Genjis (or four, should you wish to play doubles) use their deflect ability to bat a grenade back and forth over a ‘net’ created by Mercy’s heal beam. By reducing the cooldown on Deflect to zero, Genji can constantly hit the grenade.

The nature of the game makes it playable only at Volskaya Industries as a skirmish game, and you’ll require two or four Genjis, two Mercys, and a Junkrat. Control point A makes the perfect court, and Junkrat can fire shuttlecock grenades into the match from the roof of the adjacent building. Junkrat also plays referee from this vantage point, and should tally up which team is winning.

The rules are simple; if the grenade lands in your side of the court, the other team wins a point. Junkrat can tell who was the last team to bat the grenade by the colour it flashes.