It is not a regular sight when you’re busy with your work and you spot a goat at an unusual place. A man in Australia spotted a goat on a rooftop chillin like it’s got no fucks to give. 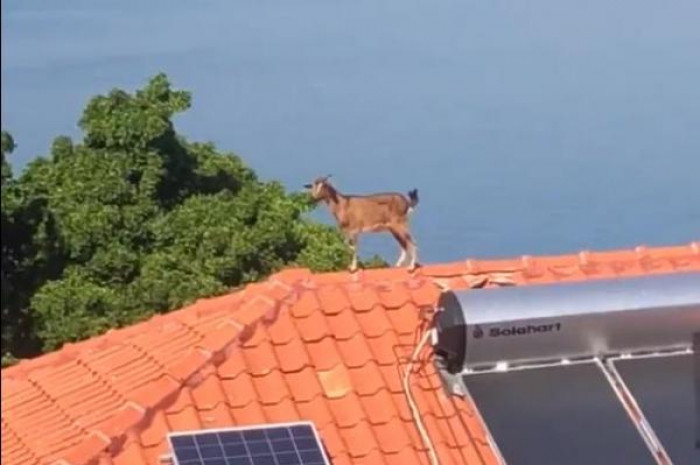 A goat in Australia is getting all the attention of the world with it’s risky and mysterious stunt of chilling on a rooftop where no goat can go. The goat’s name is Choy and it is four-month-old and the guy who took this video was working nearby baffled at the fact how did the goat climb that high.

A Man Working Nearby Noticed The Goat While He Was Working 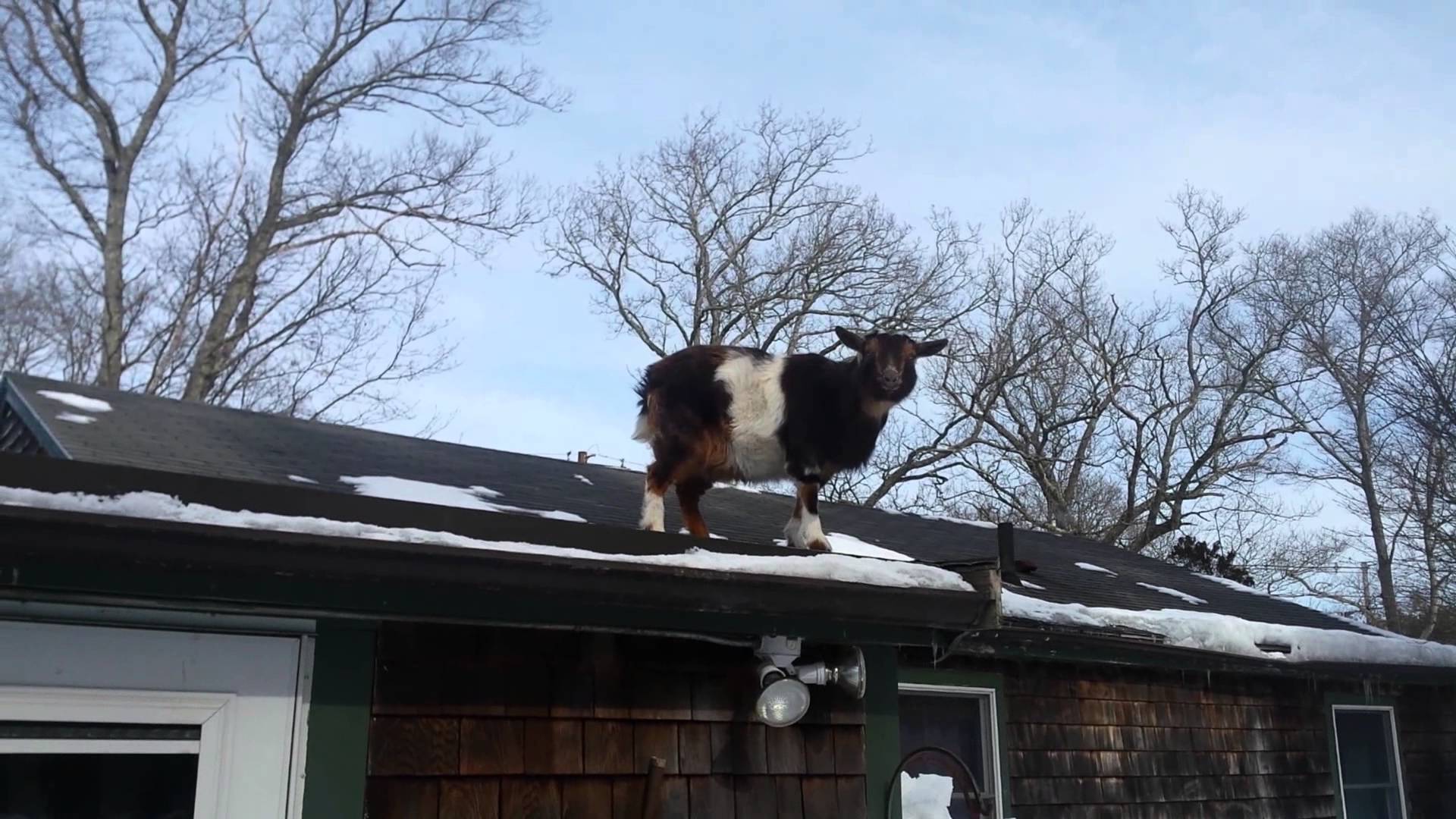 Australian man Jeremy Peck and some colleagues were working on a home in Perth, when they happened to notice a goat perched on top of a neighbouring house.

"There was a goat on the roof of a multi million-dollar house in one of Australia’s most prestigious suburbs, Dalkeith," Peck told Storyful.

Nobody Knows How It Got Up There

"It's not clear how the goat came to be on the roof and the owner of the house was as puzzled as we were. The goat stayed on the roof for a few hours before jumping down and making his escape up the road." 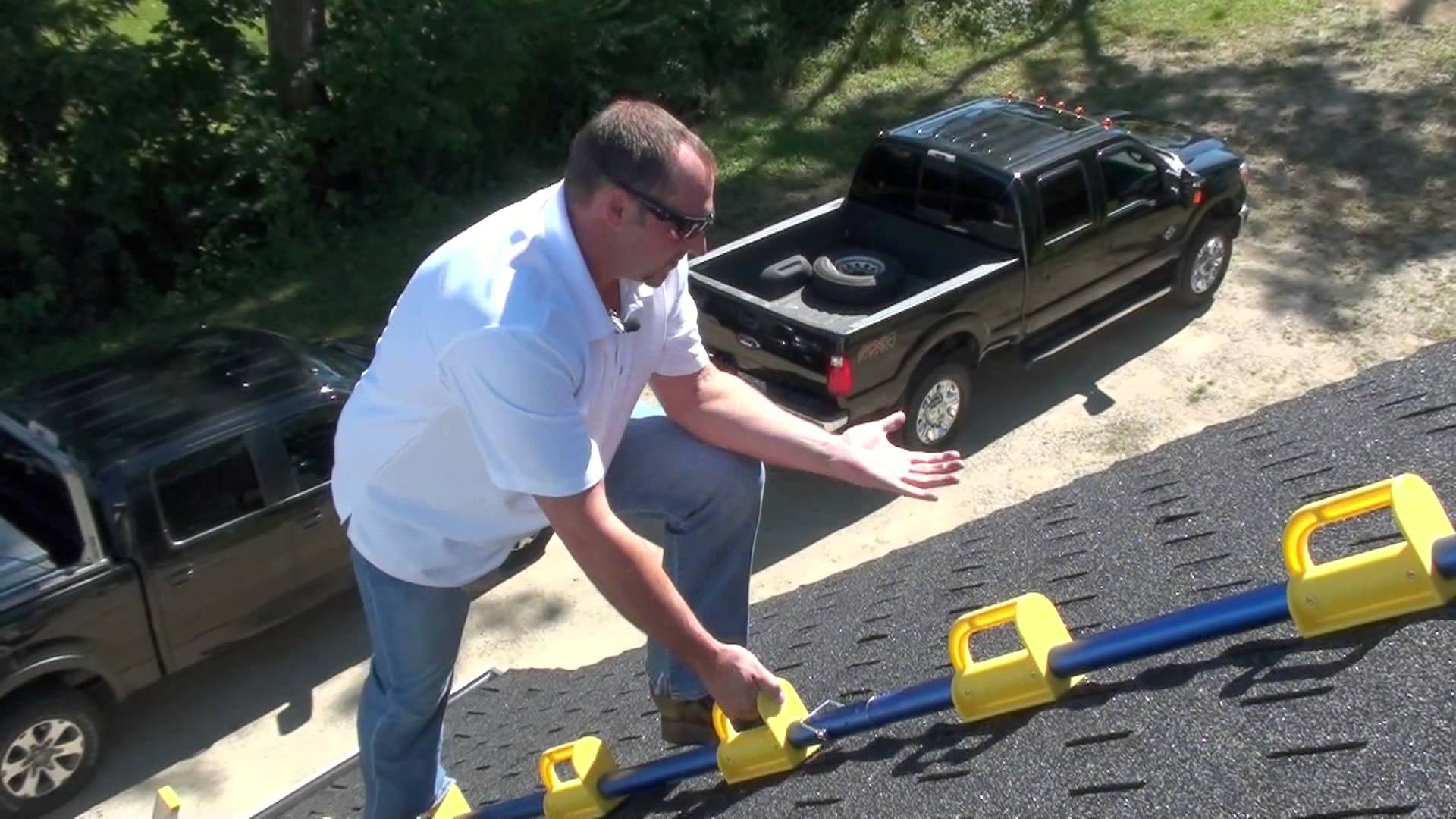 Turns out the goat's nickname is Choy, and the four-month-old had escaped her temporary home after being rescued on the side of a road by Ash Barlow, according to PerthNow.

Choy had been hit by a car and was recovering at Barlow's home, before she vanished.

A Lady Named As Barlow Was Taking Care Of That Goat 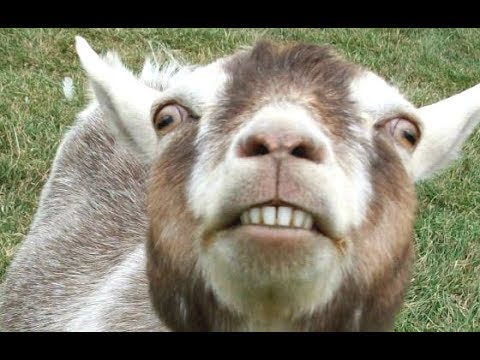 "She’s been getting better and then on Tuesday she escaped. The gate wasn't latched properly and she did a Houdini and got out. I was looking for it everywhere. She had been sighted at a few locations," Barlow told the news outlet.

Now searching for a permanent home, that's preferably a farm, Choy won't be anywhere near a roof in the near future. How she got up one though, will remain a mystery. (18.1)