Should Death Penalty Exist? What are its Pros, Cons & Arguments?

Death Penalty is a difficult and emotional topic for many, and there are many arguments, pros, and cons stated during discussions about it. So, let’s discuss them to understand well. 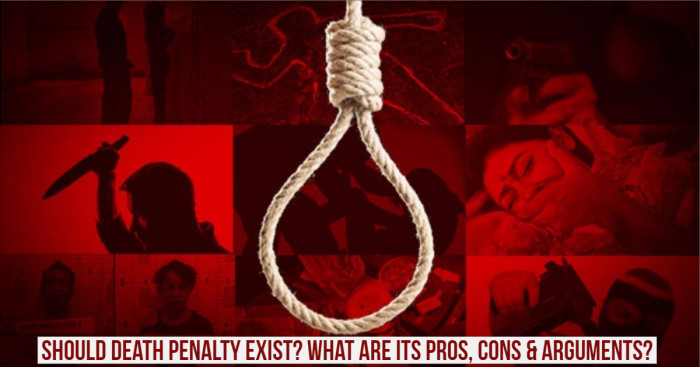 The Death Penalty has always been a questionable issue. It is also known as capital punishment. Simply put, it is a government-sanctioned practice whereby a person is killed by the state as a punishment for a crime. In other words, a sentence that someone is punished in such a custom is referred to as a death sentence. And, considering this, the act of carrying out the sentence is what we call an execution.

“I support the death penalty because I believe, if administered swiftly and justly, capital punishment is a deterrent against future violence and will save other innocent lives.”

No wonder, Death Penalty is a difficult and emotional topic for many. In two-thirds of the world's countries, it has been completely abolished. But, it has a huge history behind and in many places, it is still preferred such as many states of the US. 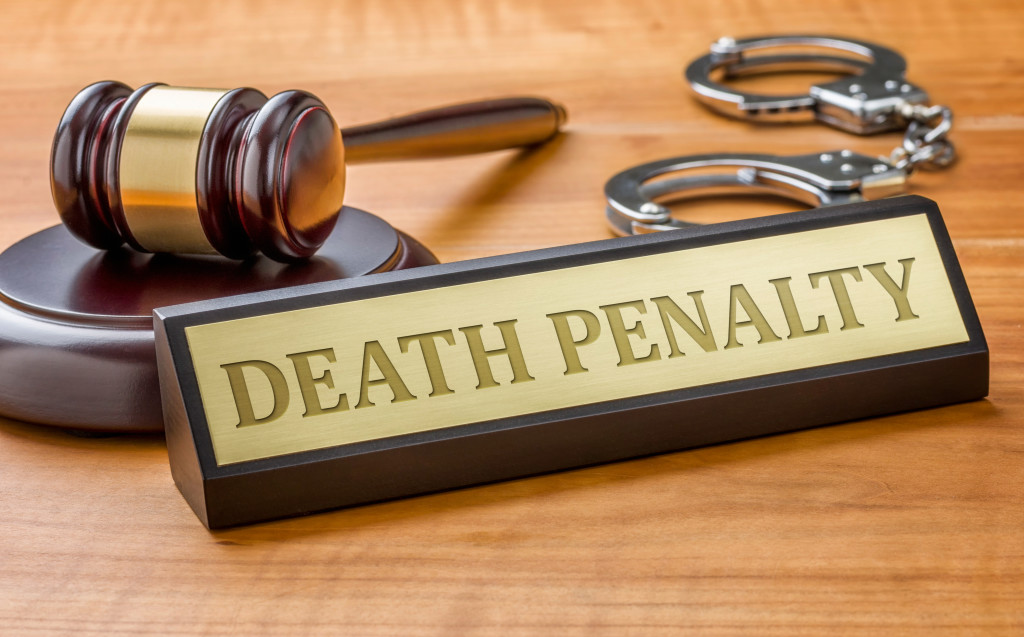 Several historical pieces of evidence show that the most ancient primitive tribes also used methods of punishing criminals. And, this may include taking their lives to pay for the crimes they committed. Well, murders most often warrant this ultimate form of punishment. The straight concept of this is,  “A life for a life”. This being one of the most basic ideas for handling crime since the start of recorded history.

Ancient forms of capital punishment were intended to be painful, slow, and torturous. In some early cultures, offenders were put to death by crucifixion, stoning, slow crushing by elephants and even burning at stake. But, succeeding societies found these methods to be harsh and bizarre forms of suffering and attempted more humane practices. And, through the 18th and 19th centuries, constitutional bodies discovered faster and less painful approaches to the death penalty, such as beheading with the guillotine and hanging. However, still, these are bloody and violent practices that were often large public spectacles, the result was usually instantaneous and therefore seen as more merciful.

Gradually, capital punishment has become even more questionable everywhere in the world. Some people declared it to be inhumane and unfair and also stated that no life should be taken despite the crime which has been committed. Although, the argument that no one should be executed to avoid killing an innocent individual has grown in response when DNA testing has proven the innocence of several people on death row. So, many countries have abolished the practice completely, and even several states in the US no longer support the death penalty.

Meanwhile, many arguments, pros, and cons are stated during discussions about Capital Punishment or the Death Penalty. So, let’s unfold them to understand what justice truly means for victims.

What are Death Penalty Arguments? 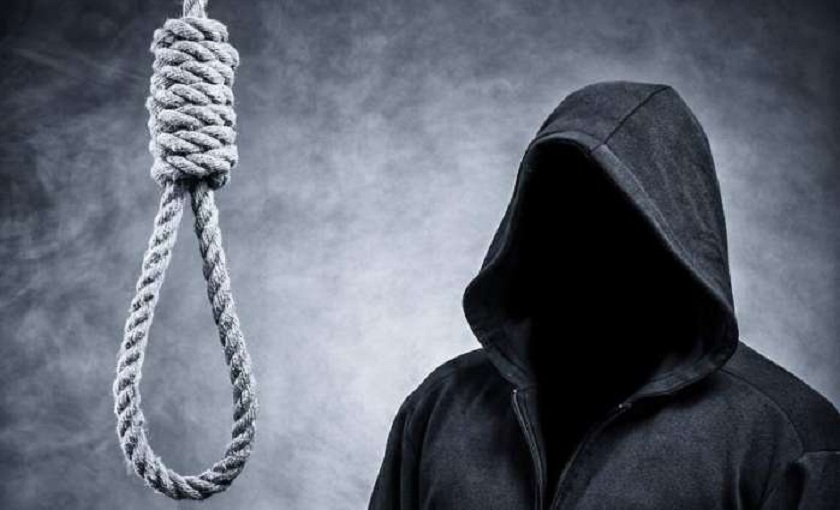 Here are some of the arguments which are in favor of the Death Penalty:

1. The Death Penalty is an Effective Deterrent

This could be the most common argument in favor of capital punishment. And, from past era, we have some evidence that the death penalty may be a deterrent to crime. Plus, nobody wants to die is a basic fact we already know.

However, the question is, whether the death penalty is the most effective deterrent that can be purchased using the considerable funds and resources involved in its implementation or not. Well, the answer to this is no because the traditional law enforcement agencies and community violence prevention programs hold a much stronger track record with regard to deterrence. And they continue to be underfunded due, in part, to the value of the death penalty.

2. It is Cheaper than Feeding a Criminal for life

I think this could be the most convincing argument because according to the Death Penalty Information Center, capital punishment is far more expensive to administer than life imprisonment. This is due in section to the lengthy appeals method that still sends innocent people to death row on a fairly routine basis.

Additionally, in 1972, the Supreme Court abolished the death penalty due to arbitrary sentencing by citing the Eighth and Fourteenth Amendments. For the majority, Justice Potter Stewart said:

"These death sentences are cruel and unusual in the same way that being struck by lightning is cruel and unusual ... [T]he Eighth and Fourteenth Amendments cannot tolerate the infliction of a sentence of death under legal systems that permit this unique penalty to be so wantonly and so freakishly imposed."

In 1976, the Supreme Court reinstated the death penalty, but only after states reformed their legal statutes to protect the rights of the accused properly.

As I alluded above as well, “A life for a life”. So, based on this statement, murderers do deserve to die. However, the government is a faulty human institution, not an instrument of divine retribution and it lacks the power, the mandate, and the competence to make sure that good is always proportionally rewarded and evil punished.

The Bible also supports the death penalty. Christ, who himself was sentenced to death and executed legally, had this to say (Matthew 5:38-48):

"You have heard that it was said, 'Eye for eye, and a tooth for the tooth.' But I tell you, do not resist an evil person. If anyone slaps you on the right cheek, turn to them the other cheek also. And if anyone wants to sue you and take your shirt, hand over your coat as well. If anyone forces you to go one mile, go with them two miles. Give to the one who asks you, and does not turn away from the one who wants to borrow from you.”

"You have heard that it was said, ‘Love your neighbor and hate your enemy.’ But I tell you, love your enemies and pray for those who persecute you, that you may be children of your Father in heaven. He causes his sun to rise on the evil and the good and sends rain on the righteous and the unrighteous. If you love those who love you, what reward will you get? Are not even the tax collectors doing that? And if you greet only your own people, what are you doing more than others? Do not even pagans do that? Be perfect, therefore, as your heavenly Father is perfect."

However, due to the high standard of evidence required, ancient Rabbinic courts almost never enforced the death penalty. Meantime, even the Union for Reform Judaism (URJ) describes the majority of American Jews, has proposed a total abolition of the death penalty since 1959.

Many folks do find closure in several ways, but many never find closure at all. Despite everything, we must not permit "closure" to become a substitution for vengeance because its desire is obvious from an emotional point of view though not from a legal. Hence many people strongly agree that vengeance is not justice.

There are ways we can help to offer closure for family and friends that do not involve agreeing on a questionable policy objective. For example, fund free long-term mental health care as well as other services to the murder victim’s families.

“I will admit, like Socrates and Aristotle and Plato and some other philosophers, that there are instances where the death penalty would seem appropriate.”

What are Death Penalty Pros? 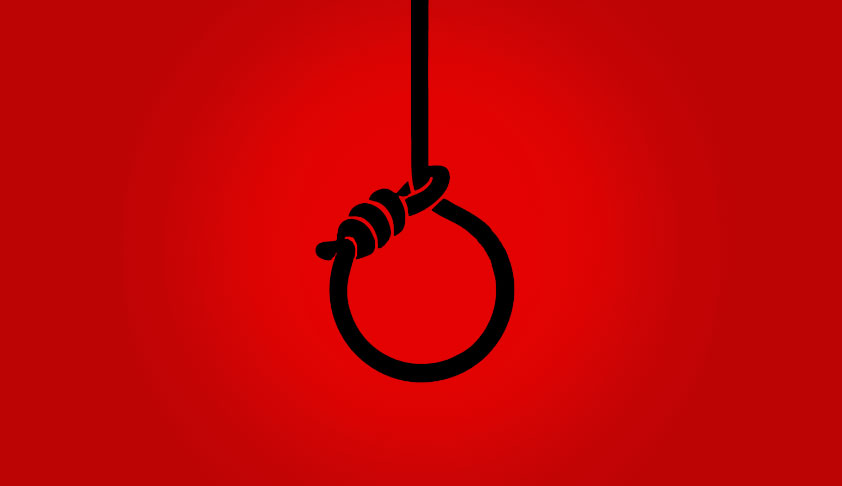 There is no shame in saying that unpleasant punishments like capital punishment will conduce to fear in the would-be murderer's mind. That’s because many people take the legal system casually as they have no fear of life-imprisonment, and therefore they may commit all the crimes they want. No wonder, it enhances the rate of homicides. Hence, I also believe people will not dare to murder that easily by instilling the death penalty in the legal system. Consequently, capital punishment is considered an essential tool to fight deliberate murder.

The punishment for taking somebody's life is paying the price with your own life. That means, for those who have taken another individual or individuals lives, the death penalty is nothing but just punishment.

A criminal who has hard-heartedly killed people once may repeat this action many times. He can escape from jail and may end up killing others. So, life imprisonment increases chances of parole, and also gives another chance to the criminal to get back at those who testified against him. Well, the second murder may happen in the intention of revenge from the victim's family. And, even the victim's family lives in the life of fear all the time. So, in all, capital punishment ensures no more crimes in the future at least from the same murderer.

There is no room for sympathy as he or she has murdered somebody. People forget that the criminal is only facing the consequences of his or her actions, so deserves no sympathy.

Well, the United States is one of the few countries which still uses the death penalty as a form of suffering. However, public support for the death penalty is diminishing in the US also, according to statistics. And, as far as the more severe form of punishment is compared to a death penalty, over half of the American citizens consider life imprisonment without parole.

“The death penalty, I think, is a terrible scar on American justice, especially the concept of equal justice under law, but also of due process. And it goes state by state, and it's different in different states.”

What are Cons of Death Penalty? 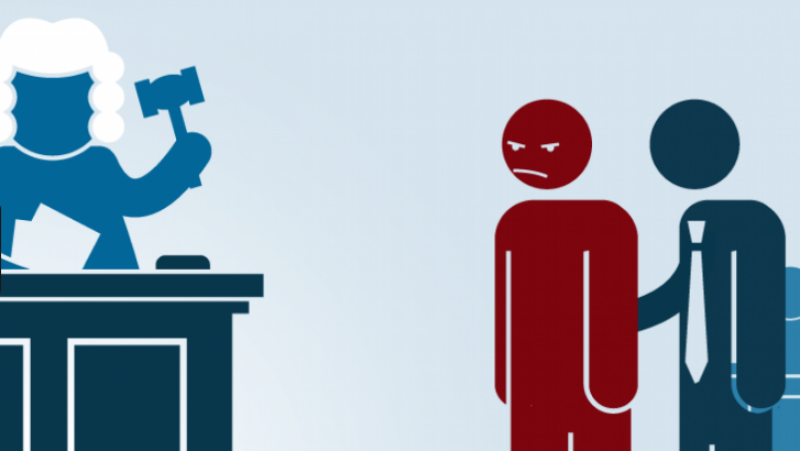 1. A Cruel and Unusual Punishment

This is the punishment in which basic standards of human dignity are compromised or undermined.

2. The Cycle of Violence Continues

As we know, retribution is merely another word for revenge. It is a form of the flawed thinking that two wrongs can make a right. That is true that killing people is wrong, but to kill someone for doing it doesn’t make much sense.

If the death penalty is abolished, America’s image would be improved in places like Europe. Especially, the places where executions occur on a daily basis involve repressive regimes like Yemen,  Iran, and Saudi Arabia.

4. Death Penalty Decision Might Prove to be a Mistake

Suppose a person gets wrongly imprisoned and is later found to be innocent, they can be released from prison and given compensation. But if he gets the death penalty as punishment, then nothing can be done.

It is possible that the execution is more expensive than imprisonment for life, especially when all the practical and legal costs are taken into account.

Some Interesting Facts and Statistics on Death Penalty

2. Around 31 American states have the death penalty.

5. The average price of a death penalty case is $2.4 million.

So, this is all about pros, cons, arguments related to the Death Penalty. you can also tell your opinions on Death Penalty in our comment section. Go ahead!

“Our criminal justice system is fallible. We know it, even though we don't like to admit it. It is fallible despite the best efforts of most within it to do justice. And this fallibility is, at the end of the day, the most compelling, persuasive, and winning an argument against a death penalty.”

20 Romantic Japanese Phrases to Get Your Love On-board