Explained | What Is Streisand Effect And How Was The Term Coined

The Streisand effect is a phenomenon where an attempt to hide things backfires, only to spread it more widely instead of keeping it concealed. Yes, it has something to do with Barbara Streisand. 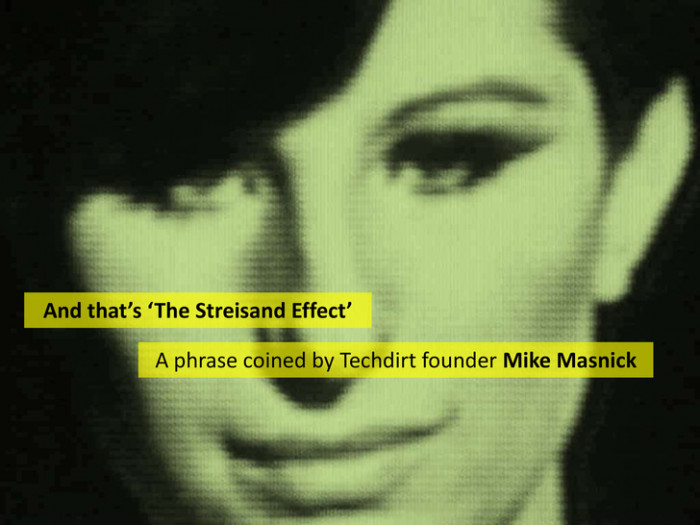 The Streisand effect is a phenomenon whereby an attempt to hide, remove, or censor a piece of information which has the unintended consequence of publicizing the information more widely, usually facilitated by the Internet. It is an example of psychological reactance, wherein once people are aware that some information is being kept from them, their motivation to access and spread it, is increased. 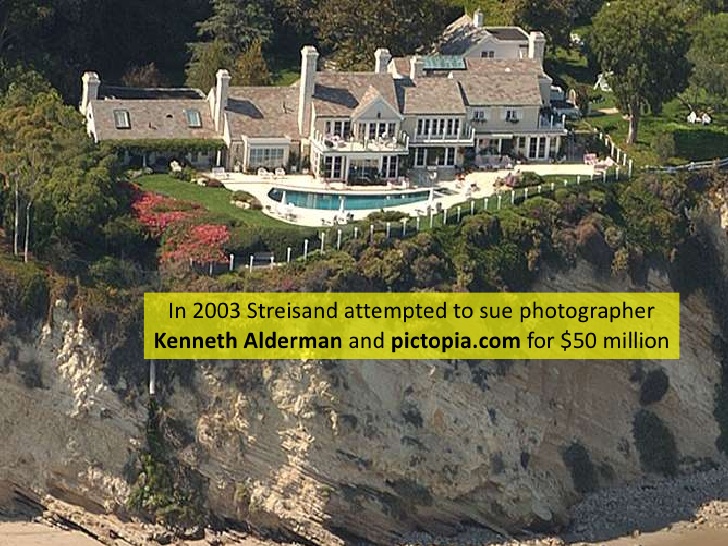 In 2003, Streisand sued photographer Kenneth Adelman for distributing aerial pictures of her mansion in Malibu. But Adelman was no paparazzo—he operated the California Coastal Records Project, a resource providing more than 12,000 pictures of the California coast for scientists and researchers to use to study coastal erosion.

At the time Streisand sued Adelman for $50 million, the picture in question had been accessed a whopping total of six times—twice by Streisand’s lawyers. Nonetheless, her lawsuit stated that the photos explicitly showed people how to gain access to her private residence. 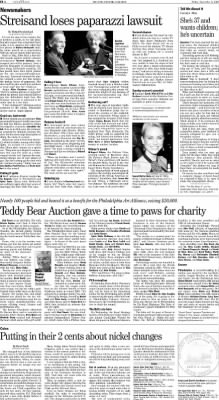 Of course, news outlets around the world reported on Streisand’s outrage, and before long, the photo on Adelman’s website had received well over a million views. The photo was also picked up by the Associated Press and was reprinted countless times. (18.1)

The Lawsuit Was Dropped And She Was Asked To Pay $155,567 Adelman For Legal Fees

A Los Angeles Superior Court judge effectively tossed out Barbra Streisand's invasion-of-privacy lawsuit against an environmental activist who posted an aerial photo of her bluff-top Malibu home on a Web site alongside 12,000 other pictures of the California coastline. 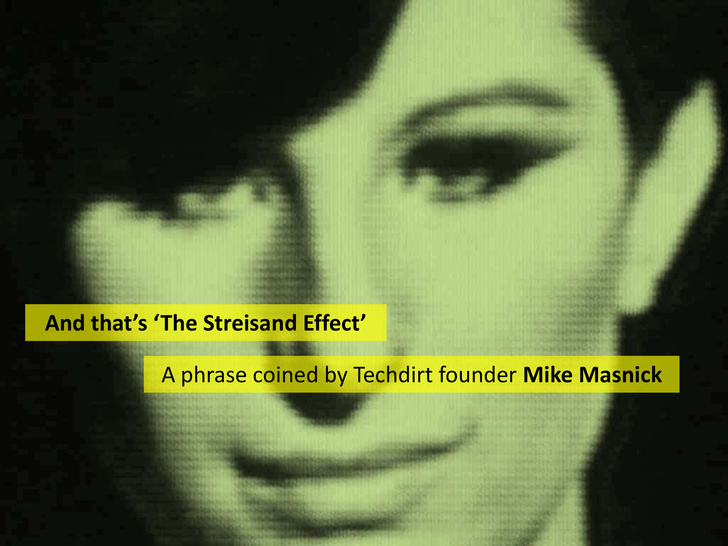 Mike Masnick of Techdirt coined the term in 2005 in relation to a holiday resort issuing a takedown notice to urinal.net (a site dedicated to photographs of urinals) over use of the resort's name.

‘How long is it going to take before lawyers realize that the simple act of trying to repress something they don't like online is likely to make it so that something that most people would never, ever see (like a photo of a urinal in some random beach resort) is now seen by many more people? Let's call it the Streisand Effect.’