This video is hilarity taken to another level. And if you played the video thinking that you’ll find violence inside then you couldn’t be more wrong. 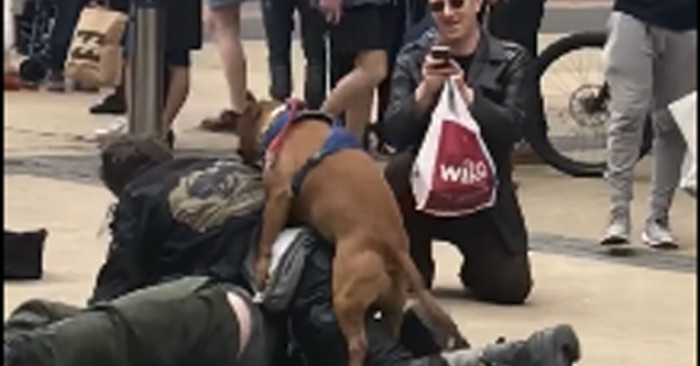 The Video Got Viral For The Element Of Surprise In It

In a video posted on social media, two unknown men are seen grappling on the ground, before a brown dog runs over to them and mounts one of them. The man moves his legs around, so the dog then clambers onto the other person.

In the footage it doesn't look like the humping managed to prompt a ceasefire, as the sparring continued - albeit at a slower pace, because we're guessing it's quite difficult to spar with someone if there's a dog trying to have sex with your leg.

We can hear the woman in the background exclaiming like how cute! Seeing the dog approaching to break the fight but then realized real soon how wrong she was, as the dog going on the brawlers legs.

As the dog mounts the man, one person says 'Oh my God', before adding: "What the fuck!?"

Other people can also be seen filming the unfortunate event in the background.