Carlsberg Admits That Their Beer Tastes Like ‘Piss,’ Hence Revamped It

Since 46 years now, Carlsberg claimed its beer the best one in the whole world. And, finally, they have accepted the truth that they are not and now changing their recipe. Read about the campaign here! 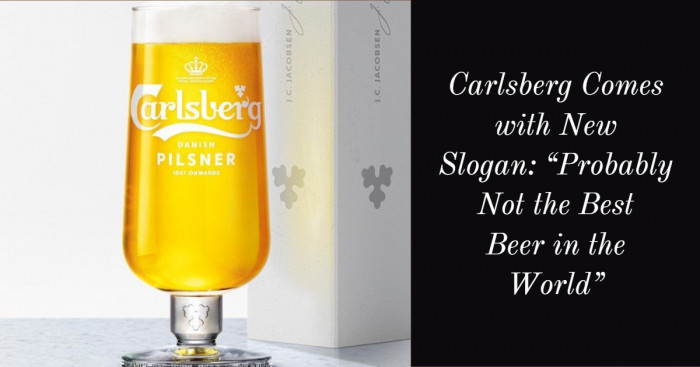 The third most popular drink after water and tea is beer. And, that’s not it, it is one of the oldest and most widely consumed alcoholic drinks in the world.

Since the year 1973, Carlsberg, a Brewing company claimed that it's “probably the best beer in the world.” However, it’s the company’s statement, not the audience’s. Because anyone who has tasted Carlsberg knows the truth. Well, now the company has admitted it. Yes, now the company itself admitted the truth that their beer tasted terrible and stepped ahead to change it. 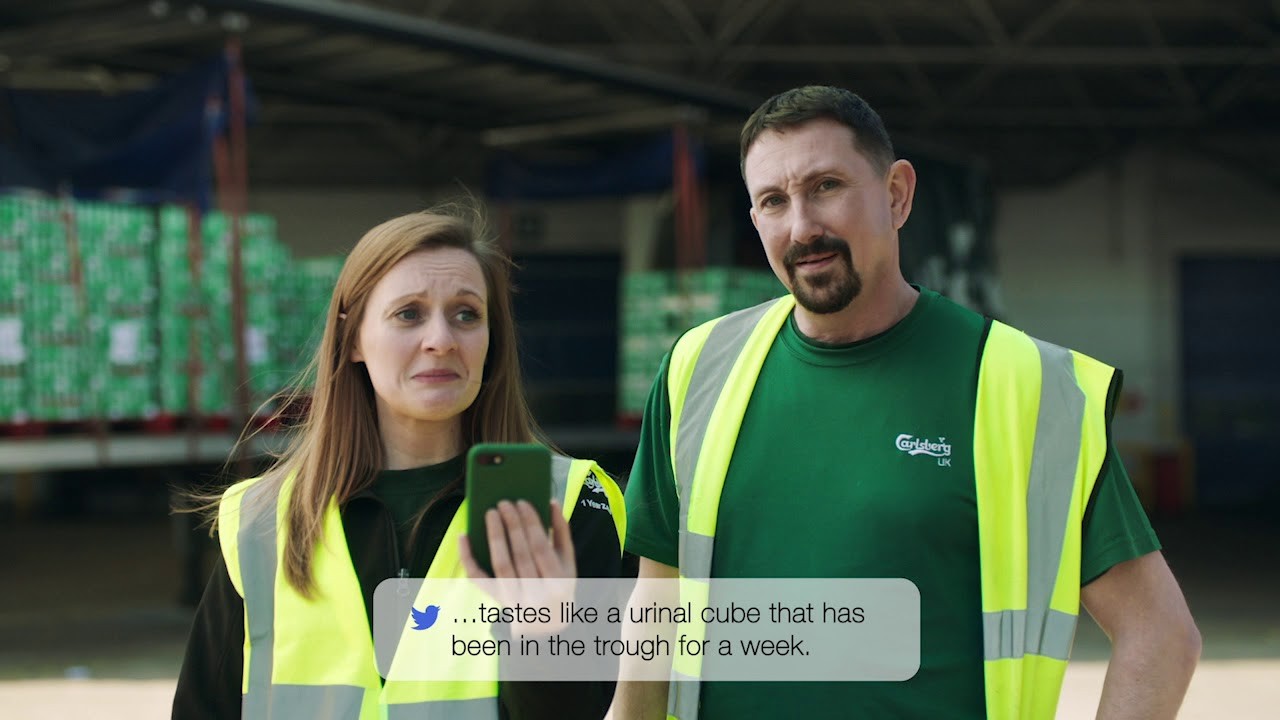 Around two days ago, Carlsberg UK released a video in which its staff members are reading the mean tweets about its beer as it ramps up the publicity for its rebrewed pilsner.

Well, to highlight that its new pilsner tastes better than the beer it has been distributing in the market in the past, all these surprising campaigns have witnessed the brand promote disparaging tweets it's received from drinkers. Although, it now has admitted that it ‘probably’ wasn’t the best in the world after all.

So, the latest activity has seen launching of a video series showing the shocked expression of staff members working in Carlsberg who have been adhering to its “quantity over quality” approach.

Although, everyone knows that this new step took to shine a light on the new Carlsberg Danish Pilsner which has been "completely rebrewed from head to hop for a crisper, fuller flavour.”

Liam Newtown, The Vice-President of Marketing at Carlsberg, admitted that “drinker’s interest in mainstream lager has waned” and this is why the brand is again catching up with the world.

“At Carlsberg UK, we lost our way. We focused on brewing quantity, not quality; we became one of the cheapest, not the best. In order to live up to our promise of being ‘probably the best beer in the world’, we had to create a better beer. We will be offering the people that posted mean tweets about our old brew a taste of our new Pilsner to see if they agree.”

Some of the Popular Tweets They Read in Video Here we are mentioning some five promoted tweets which have helped to kick off a £20m marketing campaign. They are:

1. “And they manufacture Carlsberg a stone's throw from where I am right now but that also tastes like the rancid piss of Satan.”

And they manufacture Carlsberg a stones throw from where I am right now but that also tastes like the rancid piss of Satan.

5. “Our generation has trust issues because we were all raised on those awesome adverts saying Carlsberg is the best lager in the world only to finally taste the shit and realize it’s like drinking the bath water that your nan died in.”

Our generation have trust issues because we were all raised on those awesome adverts saying Carlsberg is the best lager in the world only to finally taste the shit and realise it’s like drinking the bath water that your nan died in.

Well, this work was done by Clifford French, Fold7, and Initiative. 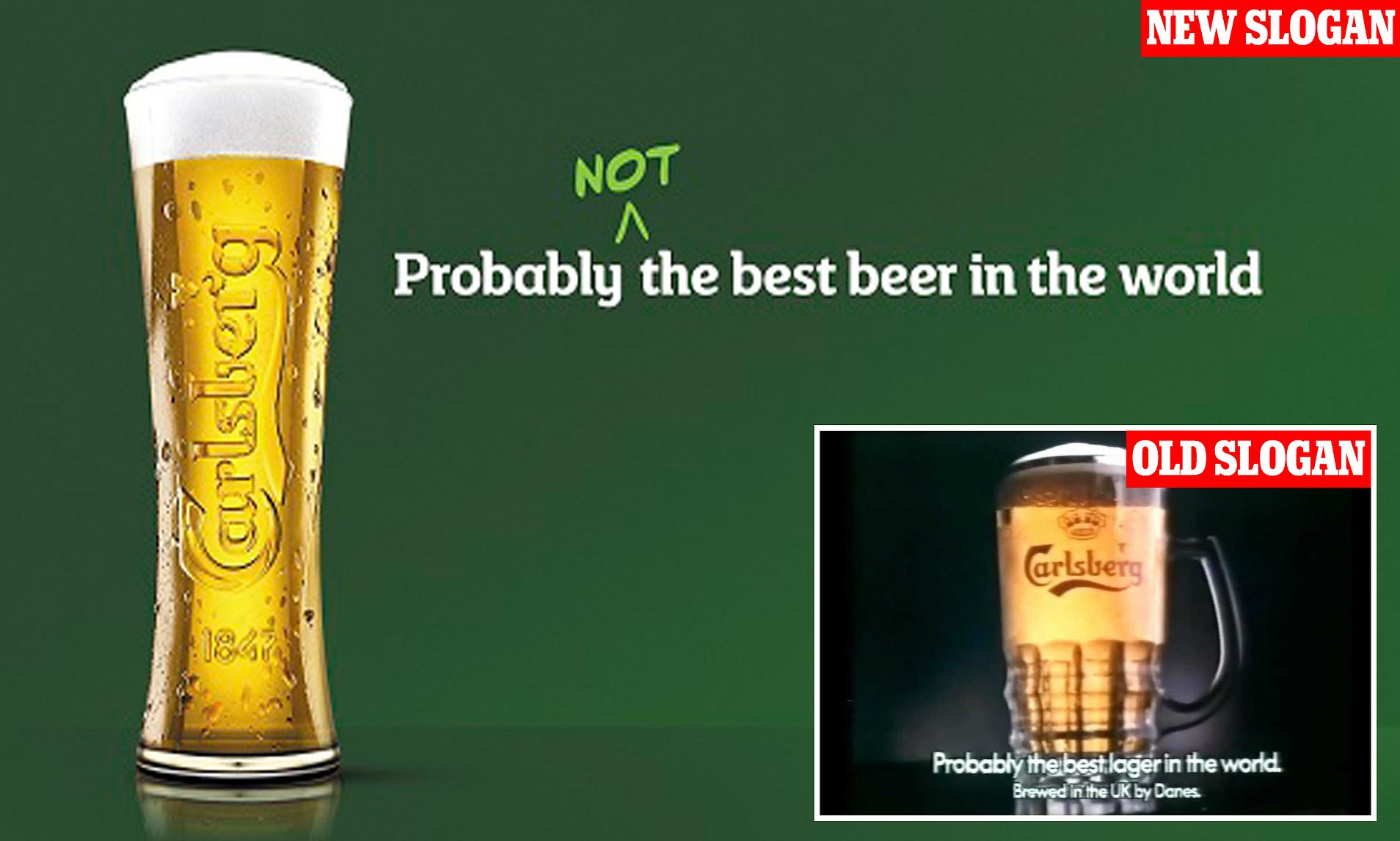 As we have mentioned above, Carlsberg has acknowledged it could be better in a major overhaul of its marketing campaign.

Hence they have also changed their old slogan which was-

“Probably the best beer in the world.”

“Probably not the best beer in the world. So we've changed it.”

Not only the slogan but the Carlsberg is changing everything to try and become the best this time.

Marketing Week Magazine reported that its taste, packaging, and glassware are all part of the new push for improvement.

“We want to change the way people think about Carlsberg.”

“We've been saying we're 'probably the best beer in the world' since 1973. The issue is, recently we've not been living up to that.”

Carlsberg focused on brewing in their ad which says "quantity not quality."

Though, earlier the advertisement reads,

“We became the cheapest, not the best,”

To fix all these, Carlsberg has re-brewed "from head to hop" to "create a beer that lives up to its promise."

However, it's not possible to stay the cheapest and the best at the same time. Therefore, Carlsberg will also increase its prices, and it's not mentioned yet how pricey the beer will become.

Still, Liam Newtown assured all that it will remain "affordable."

Some Other Companies Did Same Thing Earlier 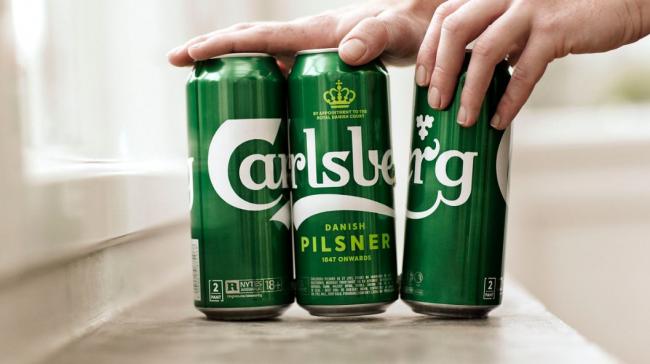 Few years ahead in 2010, Domino's made a similar marketing ploy, declaring that they sucked and also wanted to improve. And, according to some reports from CBS, those marketing ploys led to a 14.5 percent increase in global sales.

Not only Domino’s, but KFC also tried this stunt earlier and that too in the same year. In that campaign, KFC also promoted tweets shaming its tasteless chips. And the brand relaunched their fries with a brand new and improved recipe for a better sale.

About The New Beer 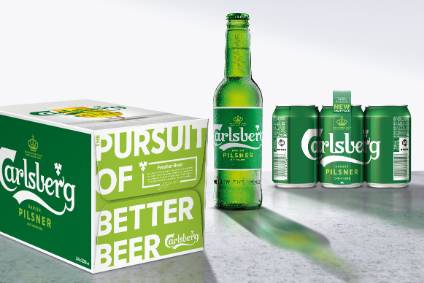 So about new changes to the beer, brand paid to promote tweets criticizing its old recipe, saying that their new beer is now a lot closer to being one of the best in the world. Also, they stated this time they are opting for the new and slightly more modest slogan, i.e.,

“In pursuit of better beer."

When This New Product Will Arrive 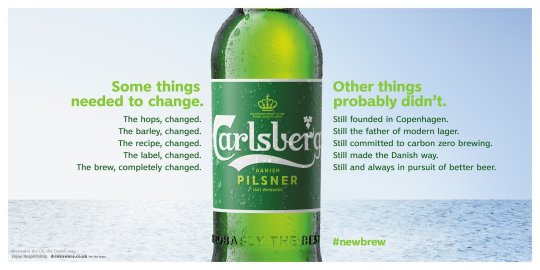 The campaign starring Mads Mikkelsen will continue with a new TV spot, set in motion on 23 May. After the brand focused on Carlsberg Export in recent years, the new product will feature at Carlsberg’s festival activations, and they will also include Live Nation events and Glastonbury. According to Newton, there was also "a lot of clever geotargeting stuff" planned on mobile for this campaign.

Well, Carlsberg will taste the same success as KFC & Dominoes or not it surely remains to be seen!