Now an estuarial habitat, The Albany Bulb (or The Bulb) is a tiny little peninsula that was quite like an art gallery and a dum... 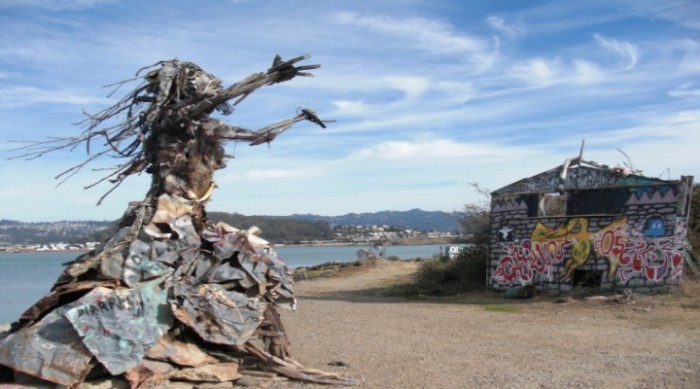 Now an estuarial habitat, The Albany Bulb (or The Bulb) is a tiny little peninsula that was quite like an art gallery and a dumping ground even before that. Mostly owned by the city of Albany in California, it lies between the Eastshore State Park and east San Francisco Bay.

The “Bulb”, referred to as usually the whole peninsula, includes the Albany Plateau, north of Buchanan Street at its base, the high narrow "Neck" and the round "Bulb." A part of Albany, one can get here via Buchanan Street or the Bay Trail on the east of San Francisco Bay. 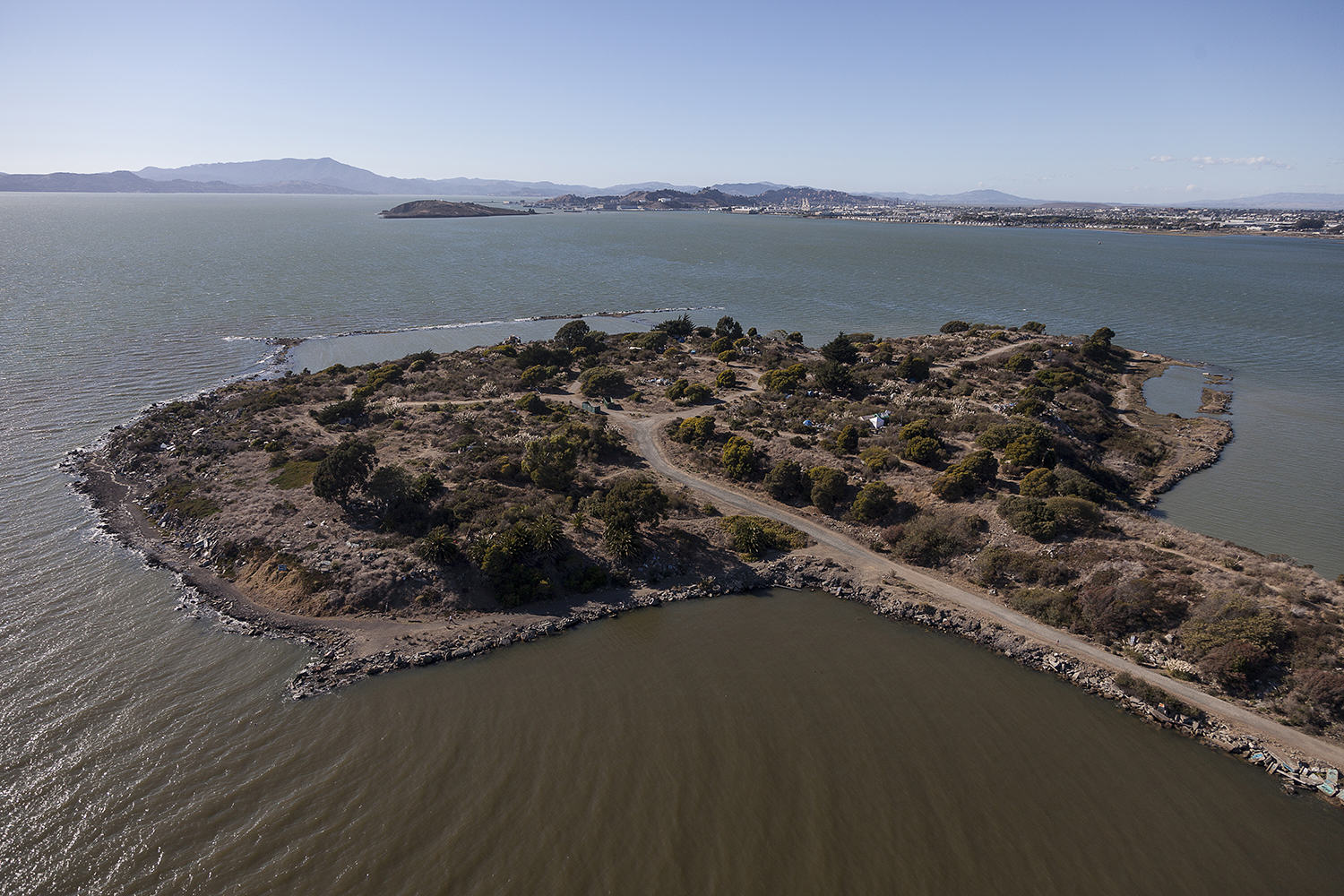 The Albany Bulb peninsula is antiquity comprising landfilling of shallow Bay and the nearby wetland. The Bulb’s formation began purportedly in 1939 when Santa Fe Railroad blew up the low hill ‘El Cerrito del Sur’ with dynamite in order to build Golden Gate Fields horse racing track. All of the detritus was swept into the Bay so that parking lots could be created. In 1963, the proper round hill “Bulb” formed at the tip of the peninsula after its landowners City of Albany and Santa Fe signed a contract for the disposal of construction waste. And that’s why debris is mostly composed of concrete and rebar. In 1983, legal action taken against the landfill operator brought the dumping to an end.

The Garbage Sculptures Here Were an Exemplary Work of Outsider Art 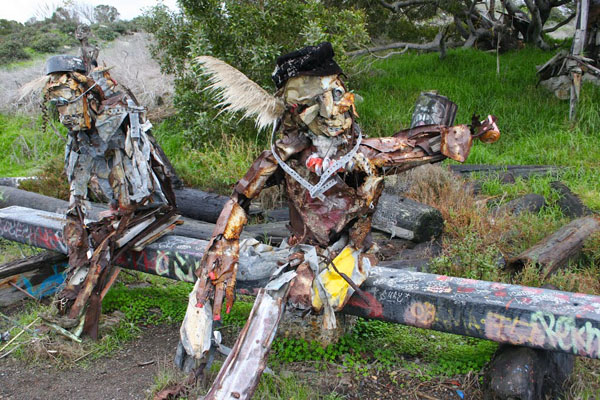 The Albany Bulb was truly a refuge for the refuse. A diverse range of urban art such as graffiti, installation art, murals, sculptures, and stencils was created out of the debris. The days of 2006 were the heydays of Albany Bulb art which are currently in the decaying stage. 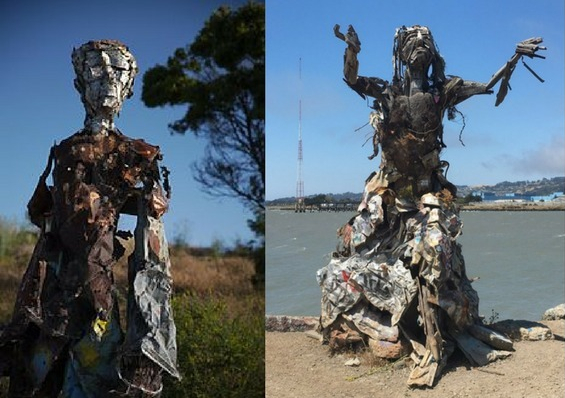 Osha Neumann, a sculptor & activist lawyer, was the primary artist who created some of the tremendous artworks.

A group of artists ‘Sniff’ produced huge and truly creative "murals" on wood and built sculptures on the northwest end of The Bulb. 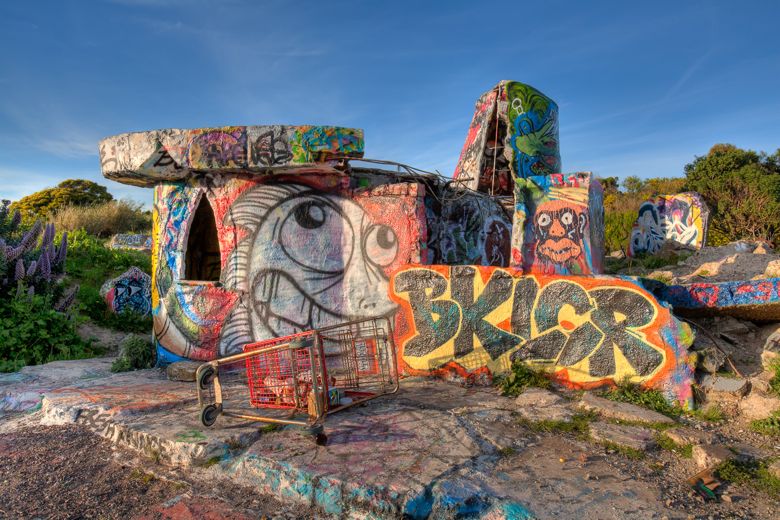 "Mad Mark's Castle" is yet another distinctive feature named after its builder who was a long-time Bulb denizen. It’s a marvelous castle built out of scavenged concrete, rebar, and plaster which is located on the southwest end of the Bulb. 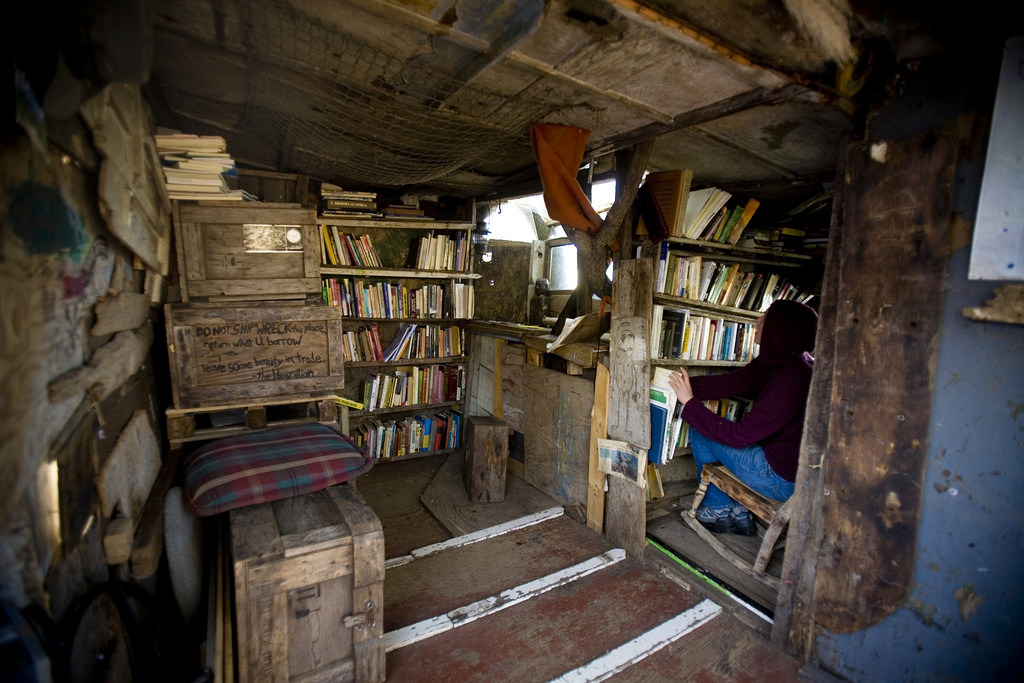 A small, make-do ‘landfillian library’ was constructed mainly from driftwood and old boat parts. Donated by its benefactors, it comprised of around 300 books in different conditions. One could borrow and keep books for free; however, the take-something-leave-something approach was encouraged.

In August 2013, the library was shut down because of destruction being caused by vandals. On January 12, 2014, the library went ablaze due to a sudden fire.

For 20 Years, It Housed Homeless People Who Called Themselves “Landfillians” 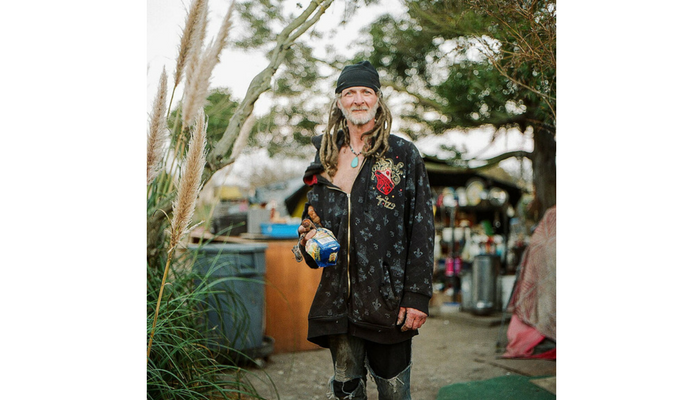 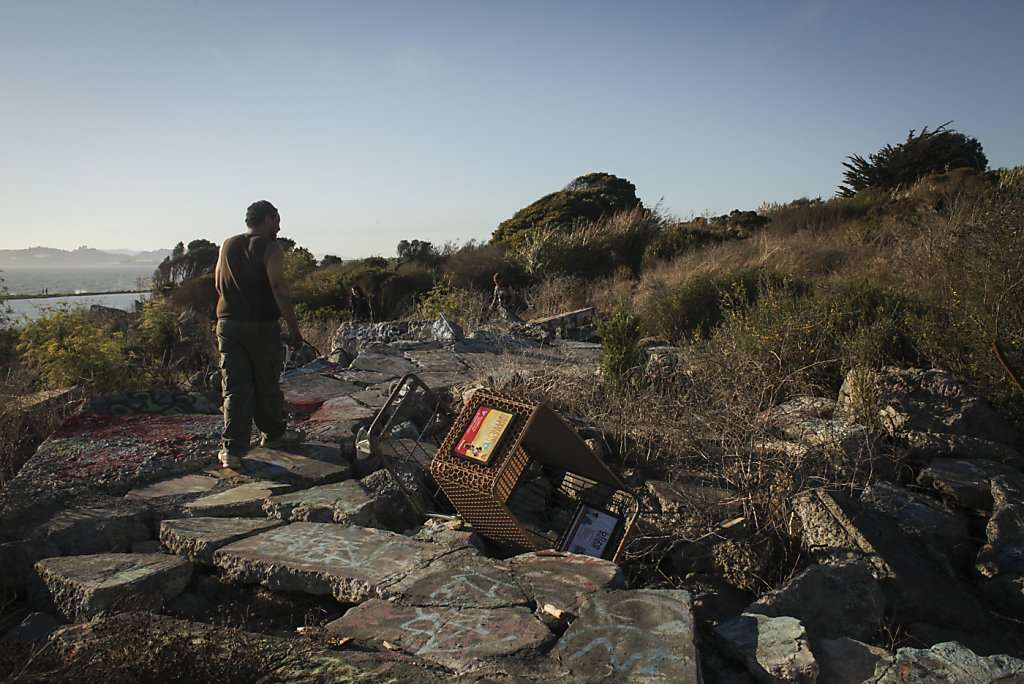 In early 2013, the population again grew to similar numbers. In May 2013, the Albany city council evicted the Bulb residents and offered them some assistance with relocation. Ultimately, 30 Bulb denizens were offered $3,000 every day on the condition that they’d leave their longtime homes in the Bulb. 28 of them accepted the buyout & left by April 2014 but 2 out of them who refused were arrested the next month. In 2016, the Albany city council gave approval to the city park plan in the space.

Albany Bulb Has Now Turned Into a Natural Habitat 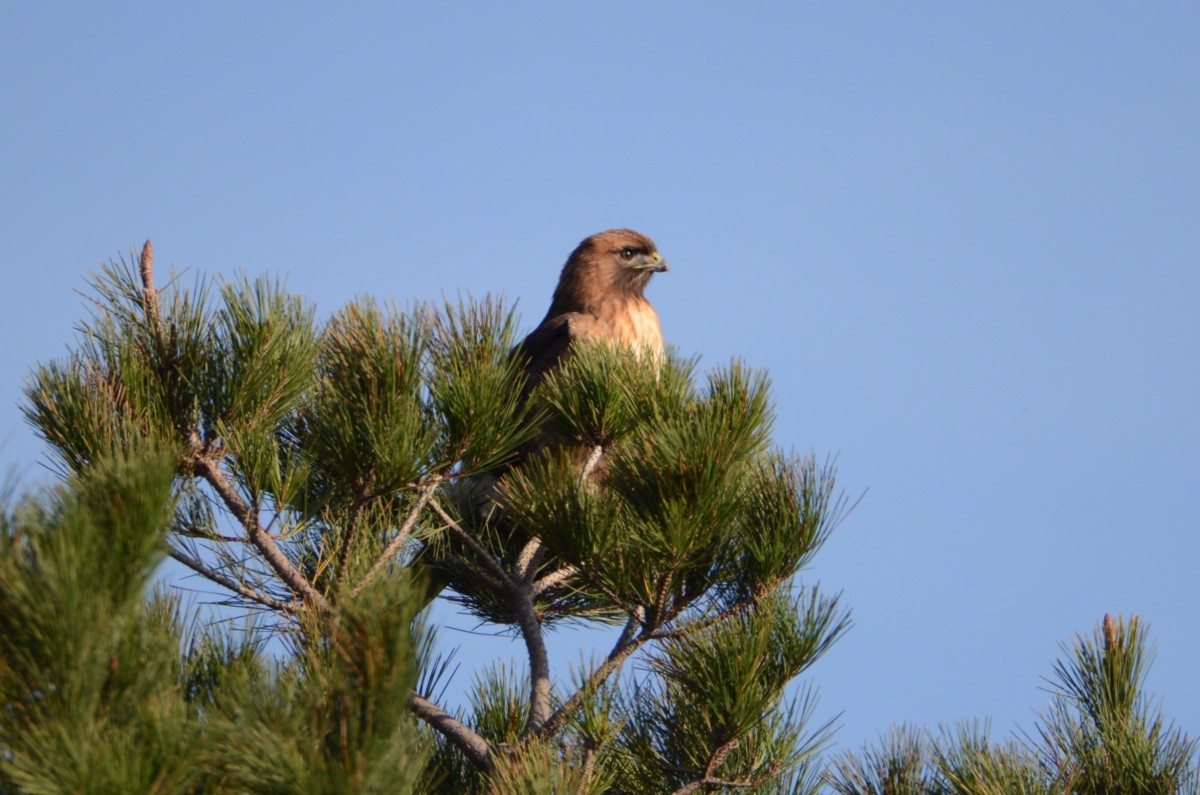 Similar to the Eastshore State Park, the Bulb is currently a natural habitat (environmental reserve) providing shelter to various birds, small mammals, and reptiles. A group called “Albany Waterfront Coalition” is working toward the conservation of The Bulb. The vegetation here is typical of wetland ecosystems but also includes palm trees and blackberry bushes.

Top 5 Rare Roses From Around The World