9 Golden Facts About the Statue of Liberty Torch

The Statue of Liberty is the ‘Liberty Enlightening The World’ with the torch held high in the right hand of a lady. The robe... 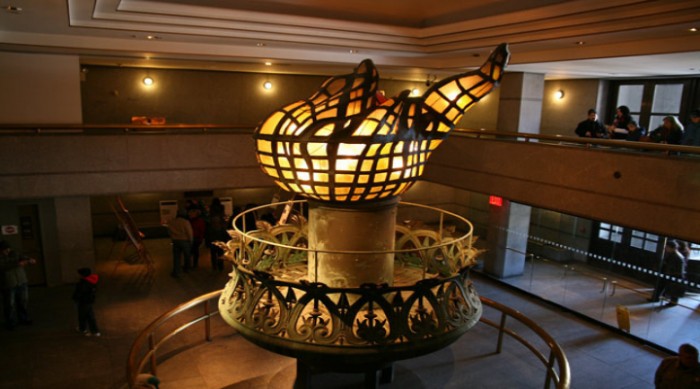 The Statue of Liberty is the ‘Liberty Enlightening The World’ with the torch held high in the right hand of a lady. The robed female figure in the colossal sculpture is Libertas, the Roman goddess. She, in her left arm, holds a ‘tabula ansata’ with "JULY IV MDCCLXXVI" (July 4, 1776) inscribed in Roman numerals. And this date denotes the U.S. Declaration of Independence.

Let’s know 9 golden facts about the enlightening torch of ‘Statue of Liberty’, the French people’s gift to Americans.

1. The Climax of Hitchcock’s Thriller ‘Saboteur’ Featured the Torch

The noir spy thriller movie ‘Saboteur’ by Alfred Hitchcock featured the Statue of Liberty torch. In its final scene, the character and saboteur Frank Fry is seen falling off the torch’s balcony as Barry Kane tries to pursue him.

2. The Access to Torch Has Been Barred to Public Since 1916

At the time of World War I, the German spies attacked a munitions facility on Black Tom Island, a mile-long pier on landfill off the New Jersey shore across from the Statue of Liberty. On July 30, 1916, a fire had set ablaze the cargo which allegedly had 2 million pounds of ammunition. An estimated $100,000 damage was caused to the Statue of Liberty and since then the torch has been barred from public access.

3. There’s a Narrow Ladder That Leads to the Torch 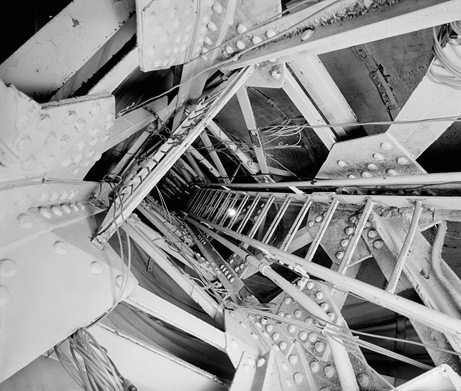 This narrow 40-foot ladder is the only access route that leads up to the torch. 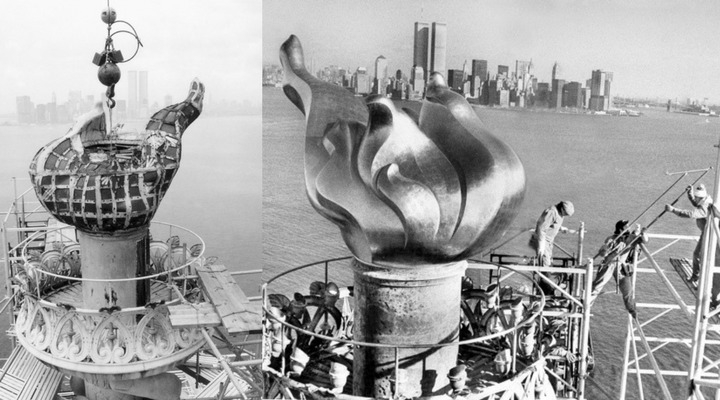 In order to mark the statue’s 100th century in 1986, the Statue of Liberty went through  some significant changes. Its torch was rebuilt to reflect the original design created by Bartholdi. It also has the 24-karat gold leaf as he had desired. (18.1)

5. One Can Get a Live View of the Statue of Liberty Torch 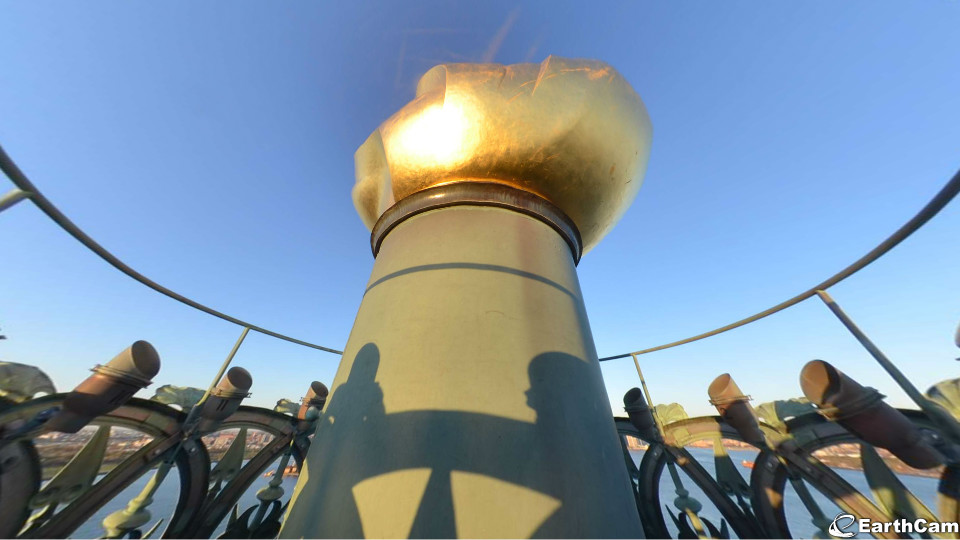 Even though the torch is closed since 1916, the Statue of Liberty-Ellis Island Foundation has a partnership with EarthCam to provide live views of the torch and the New York harbor.

6. The Original Torch of Statue of Liberty Torch Wasn’t Lighted 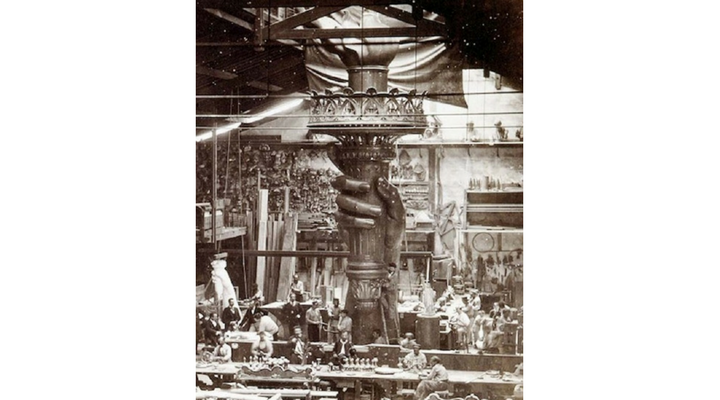 As per Bartholdi’s design, the original torch was made of solid copper. He initially wanted torchlights in the balcony but feared the interference of Army Corps of Engineers. He then went on to cut portholes in the torch, but it was called as “more like a glowworm than a beacon” on its opening day. He also desired to gild the torch in gold leaf but it was an expensive option.

7. The Original Torch Sits in the Museum 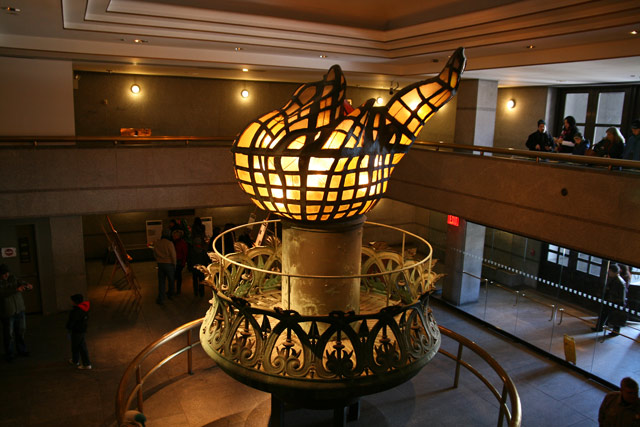 The Borglum torch is established in the Liberty Island Museum. People can get access to the pedestal or crown through tickets.

8. The Torch was Displayed at Philadelphia World’s Fair Before Madison Square Park 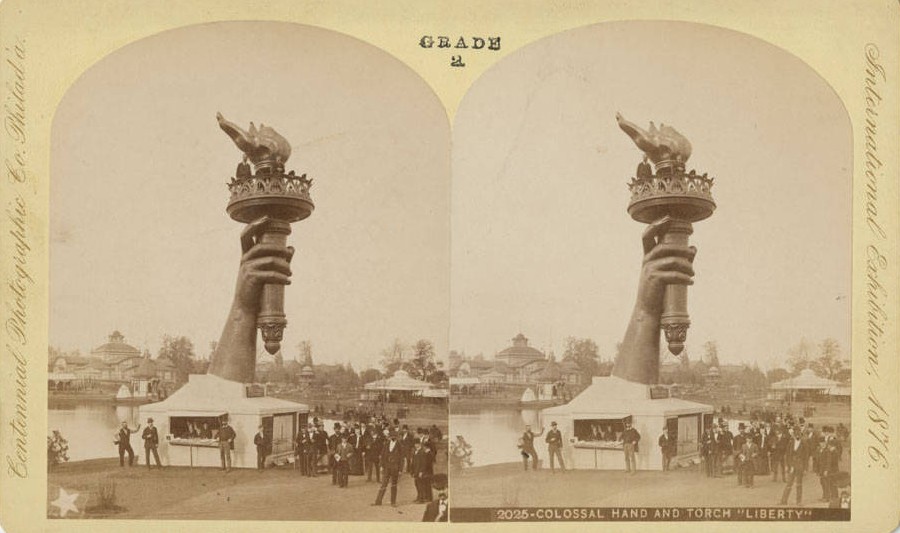 Before Madison Square Park, the torch was exhibited in Philadelphia World’s Fair or Centennial Exposition. It took place in Fairmount Park from May to November 1876. At an entry fee of $0.50, the fair-goers were allowed to climb up to the statue balcony.

9. There’s a Replica of Torch’s New Flame in Paris The ‘Flame of Liberty’ in Paris is a gold-leaf-covered replica of the new flame at the upper end of the Statue of Liberty torch. (18.2)