If you think you know all about the rivers, then maybe you are mistaken. Check this interesting information and facts about rivers, and enhance your knowledge now! 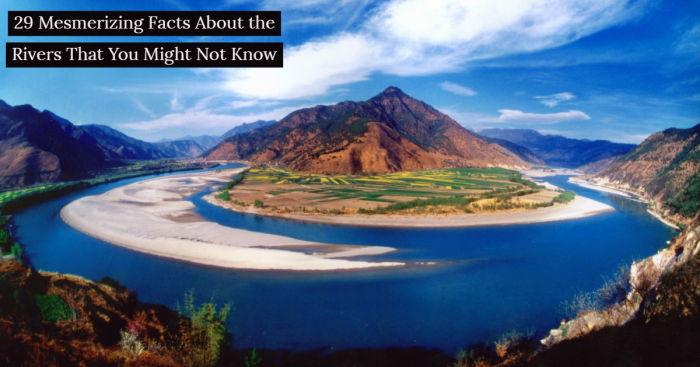 You may think that ‘river’ is a simple word out of a dictionary, which means nothing but ‘flowing watercourse.’ Well, you might be mistaken here because it is much more than a word. Yes, Rivers are quite interesting. Still, don’t believe us? Just think on a few points like where they start, why do they flow, where do they end, how do you measure its length, breadth, and many more. These might seem basic, but such little things even lead to some very profound conclusions.

Must say, Rivers have played an important role in your life more than you know. Yes, it's not just a source of water to us, but it also shaped the course of civilization. We also used rivers as defensive structures, transported goods from them. As a fact, some ancient civilizations were built around the river bank. They may rise and fall, based on their flows, but these days rivers are still an important form of food and transportation.

So, to understand the term ‘River’ well, here we are with some of the most interesting as well as mesmerizing river facts that you probably didn't know! Let’s begin with how rivers formed.

How Are Rivers Formed? 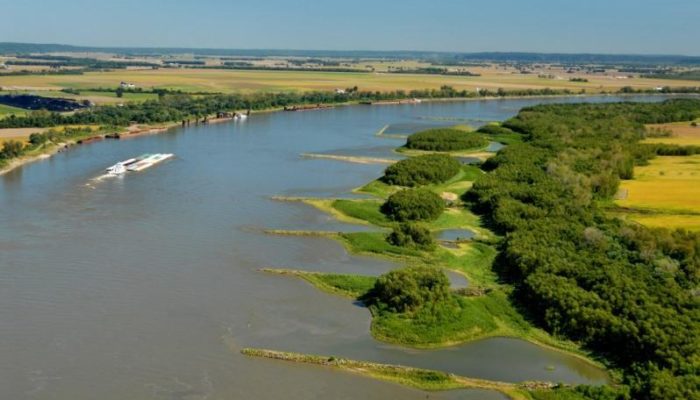 Well, facts about all rivers or streams start with the fundamentals that the rivers start at a high point, such as a mountain, and flow downward. We all know rivers flow from high to low, and also both south-to-north as well as north-to-south. When a lake overflows, rivers can also spring up, and the water moves down to a lower elevation.

Moreover, smaller bodies of water, called tributaries, add to the volume and speed of the water, as a river flows. And, due to this, a river may be the smallest at its origin point but has the most volume by the time it reaches its end. For rivers, the endpoint is called the mouth, and it is often seen near larger bodies of water such as a sea or ocean.

And, many times, those "in-between" points where freshwater and saltwater mix become special and specific ecosystems for organisms that can flourish in both types of water.

Here are Some World Records on Rivers 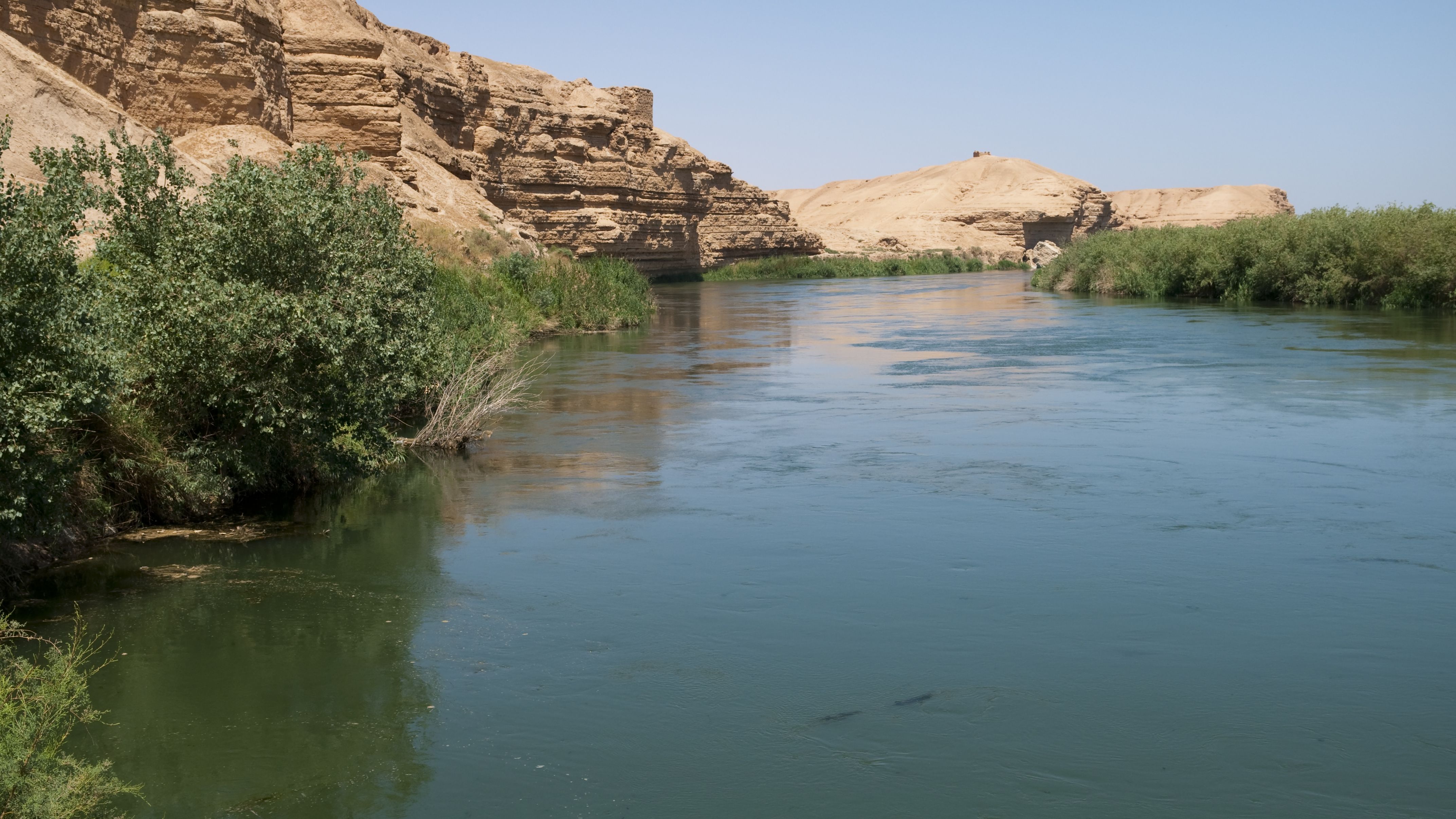 Officially, the Nile is the longest river in the world, which is 4,145 miles (6,671 km) long. Its mouth drains into the Mediterranean Sea, and it originates at Lake Victoria in central Africa.

However, there is some confusion about the title of the longest river. Because the Amazon river in South America has numerous different mouths, so its specific end is not specified yet. And, the most popular measurement has the Amazon at 2,300 miles (3,700 km), but some have also affirmed that it might be as long as 4,195 miles (6,750 km).

Although, the Amazon is by far the largest river as far as volume goes because it has so many mouths. And, up to 20 percent of all freshwater outflow into the oceans comes from the Amazon. Moreover, with the widest point at ~6.8 miles wide, Amazon also holds the record for the widest river in the world.

The top 10 longest rivers in the world are:

And, the top 10 biggest rivers in the world are:

Here is the list of the longest rivers in the UK:

The list of the longest rivers in the US:

How Beneficial are Rivers to Humans 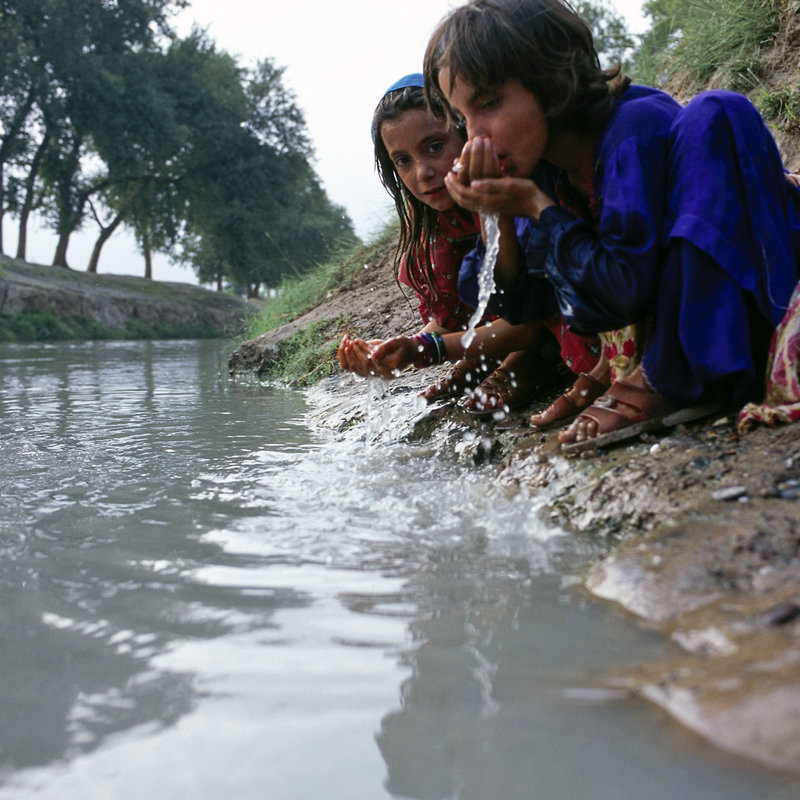 Rivers are a great source of food and water for humans. But rivers not only supply food in the form of fish or other aquatic creatures, but they also help humans in other ways. And, based on several records, up to 65 percent of drinking water comes from rivers.

Rivers also act as a border and help with defense.

The Way it Offers a Form of Entertainment 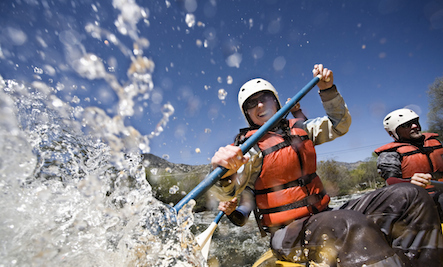 There are several fun activities associated with rivers. With plenty of whitewater rafting and swimming locations all over the United States and the world, rivers are a common source of entertainment as it offers several water sports to play on.

Here is the complete list of leisure activities one can perform in or on the river.

11. Ice skating (in winter where possible)

12. Walking and cycling along the river

13. Eating and drinking overlooking the river

Fun Facts About the Rivers 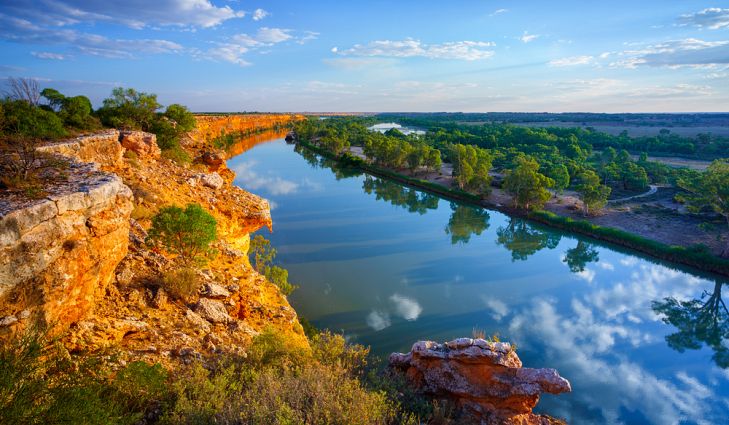 Apart from all, here is a list of some of the fun facts about the rivers.

1. It is unknown to many that rivers take 200 million tons of carbon out of both ground and air and transport it to the sea every year. Besides that, rivers also strengthen the role of oceans in grasping the carbon out of the atmosphere.

2. Available healthy rivers and their floodplains absorb the huge amount of rainfall and release it over time. In this way, they protect us against droughts and floods, which are getting ever more severe under climate change.

3. According to some research, there is an underground river near about 4 km beneath the Amazon that is just as long, approximately 6,000 km, but numerous hundred times wider. It is popularly, or we can say widely known by the name Rio Hamza.

4. Rivers are we can say the backbone of our civilizations. Yes, you read it right. Most ancient cultures and modern cities were built near or alongside rivers, for example, the Nile, the Tigris and Euphrates, the Indus, and the Yellow.

5. In the past, diamonds weren't originally mined but were found along the river bottoms. And then the idea of mines was discovered.

6. Rivers have given identity to many. Yes, almost 17 countries - ranging from India to Nigeria - are named after rivers. And, guess what another 17 - ranging from Saudi Arabia to the Bahamas - have no rivers at all!

7. Some of the world’s most-treasured natural heritage is created by Rivers. From the Pantanal to the Okavango Delta - more than 30 riverscapes - have been recognized as World Heritage Sites.

8. Currently, 3,700 hydropower dams are under construction or in the pipeline. And, most of them are situated in river basins with high ecological values like the Mekong and Amazon.

9. It could be said that the Rivers are the arteries of our planet. Further, by connecting lands, sea, and lakes, they enable the circulation of sediments, nutrients, and living beings.

10. The river of South Korea, Imjin River, has the nickname ‘River of the dead’ as so many skeletons of North Koreans have come floating down it.

11. Engineers reversed the Chicago River’s flow in the early 1900s. And, evidently, it still flows in the opposite direction.

12. There are several water bodies contains Brackish water. It is neither freshwater nor saltwater but the mixture of the two. Where rivers meet the sea, it is found, and there are animals and plants, which can only live in brackish water. Archerfish is one of them.

13. Rivers give religious meanings and inspire us. Many rivers are revered as gods in India and many other countries.

14. Moreover, Rivers have inspired great music around the world like We cry, Ol’ Man River, Waltz along the Blue Danube, and Dance By the Rivers of Babylon.

15. Once mighty rivers like the Colorado, Nile, Indus, Yellow, and the Rio Grande struggled to reach the sea because of over-exploitation.

16. The mouth of the Catatumbo River in Venezuela receives hundreds of lightning strikes every hour for about half of the year and nearly 10 hours per day. As a fact, this "lightning storm" has occurred consistently for hundreds of years.

17. From the Mekong Delta to California’s Central Valley,  rivers have created our most fertile agricultural lands by depositing nutritious silt on floodplains and deltas.

18. Rivers have inspired great literature in many countries like Heart of Darkness, Huckleberry Finn, or A River Runs Through It, which come under the category of most loved literature.

19. The river of Ohio, Cuyahoga River, is one of the extremely polluted rivers. As a fact, the river itself has lit on fire for the 13 times till now.

20. There is a beautiful water bridge over the River Elbe in Germany, and it is made to give way to ships to cross the river.

21. Near about 20 hidden rivers are flowing beneath the streets of London.

23. Bangladesh has around 700 rivers hence also known as “the land of the rivers.”

24. It could be said that Rivers are some of the most diverse ecosystems on the planet because even though they contain 600 times less water than the sea, they sustain more fish species than the sea.

25. Two-thirds of the world’s great rivers are fragmented by dams. Yes, they store about one-sixth or 7,000 cubic kilometers of the water flowing in rivers.

26. The Nile is the world’s longest river with a length of 6,853 kilometers. Whereas, the Reprua River in the Caucasus may be the shortest with a mere 27 meters in length.

27. As near about 276 rivers flow across more than one country, and their basins cover almost half the Earth’s land surface, it can be said that the Rivers unite us.

28. Britannica says Russia has around 100,000 rivers; hence, it has more rivers than any other country.

29. The oldest river of the United States is named the “New River.” It runs through North Carolina, West Virginia, and Virginia. The origin of the name of the river is still unclear.

So, we have listed the most interesting river facts you probably didn’t know before! Tell us via comment, which one left you mesmerized you the most!