10 Interesting Things You Should Look Forward to in 2019

Avengers, GOT 8 and a lot more fascinating things are all set to release in 2019. If movies are not your choice, then women’s world cup would make you busy in 2019. 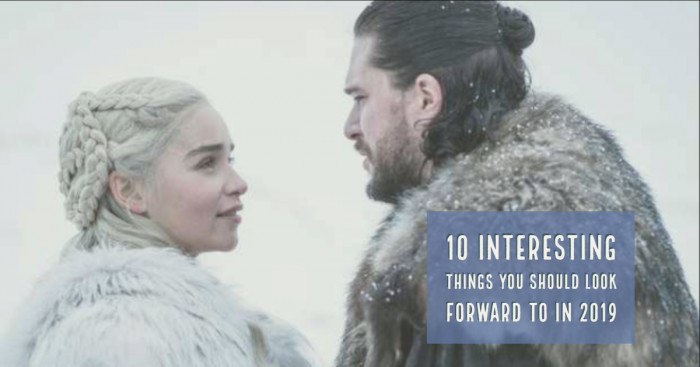 No matter even if you have brought a new phone today, chances are it would become old a day later. Just like new gadgets are launching every day, there are several TV shows and movies that excite the audience and make them wait hard for another release.

When did you watch GOT 7? It doesn’t matter if you have watched it yesterday or months back, the series is favorite of millions and people are eagerly waiting for its last season. The good news is, the Game of Thrones 8 (GOT8) is all set to release in 2019. Let us check more interesting and exciting things to happen in 2019. 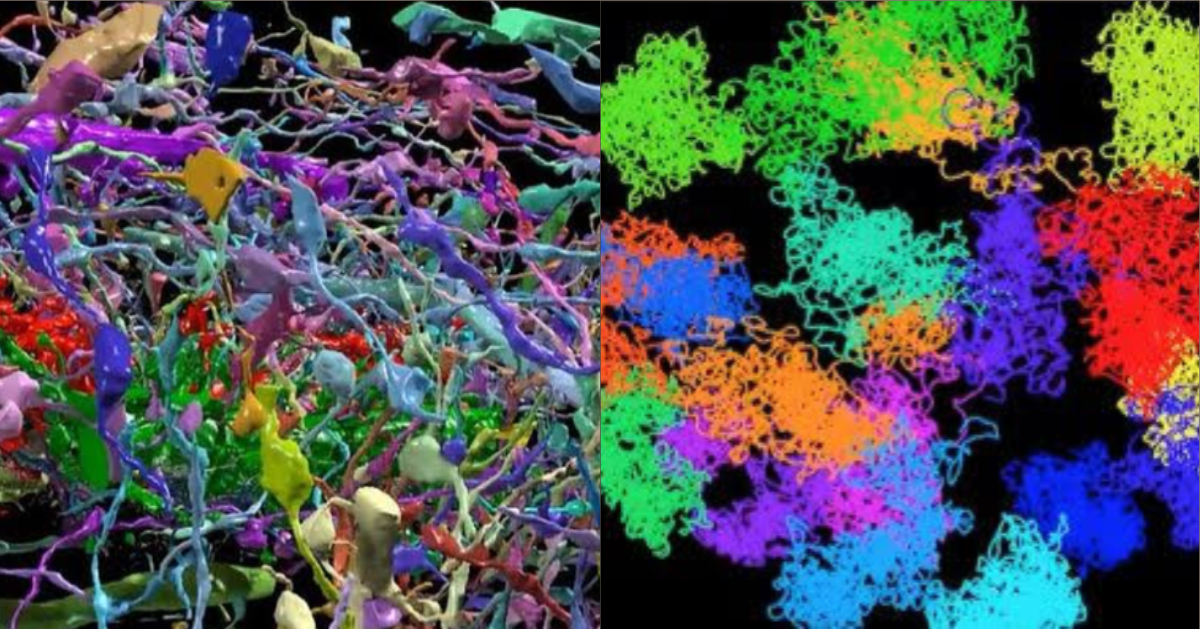 Do you also find biology a boring subject? If so, you would be happy to know that biology would no longer be boring because scientists are working on getting the inside look of the cells in 3D.

3D technology has always impressed the audience, and now molecules and other cellular processes would show a 3D look of cells. Just imagine how amazing it would be, getting a deeper look at the cells in 3D. For instance, new techniques for staining DNA would show how chromosomes fold and more.

This year in 2019, scientists would combine several techniques and methods to trace molecules structure and process in 3D. After seeing this invention, you will never say ‘I hate BIOLOGY.’ 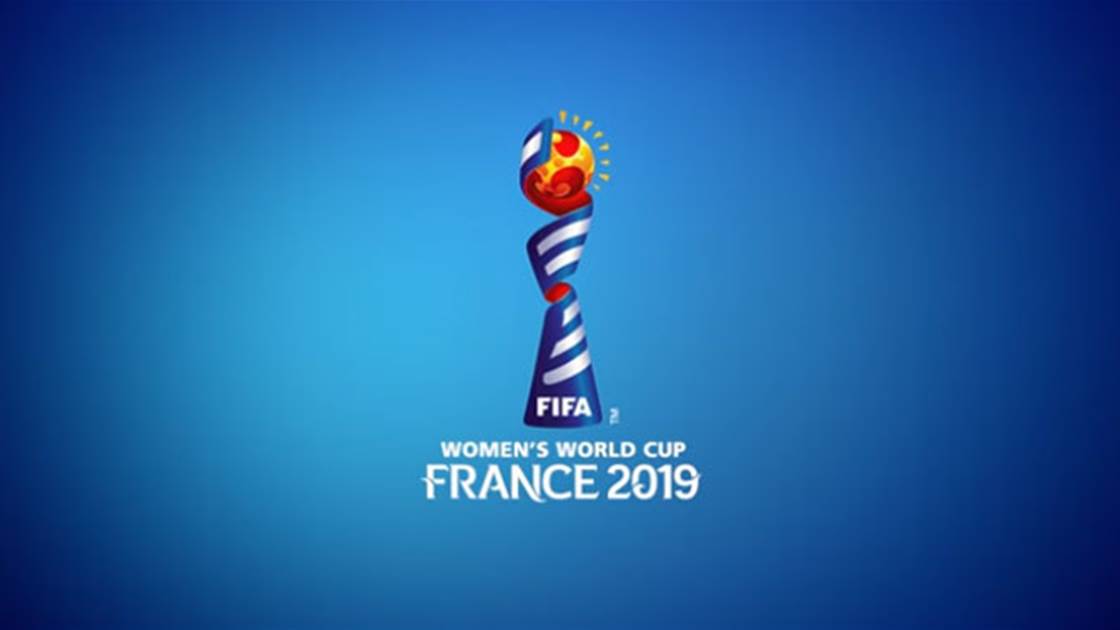 Did you watch the 2018 Men’s World Cup? If so, you won’t disagree that the game has set the new standards for the upcoming event: The FIFA Women’s World Cup would be organized in June and July of 2019.

The matches would be hosted by France whose men’s team won the 2018 World Cup. Matches will be played across nine cities. Initially, five countries showed interest in hosting the match but, France was selected to host the event. If soccer is not your game but, you love watching World Cup, get ready to welcome the players for the Rugby World Cup which would take place in Japan in September.

Are you looking forward to the 2019 FIFA Women’s World Cup? I don’t know about you, but I am excited to watch this football championship.

3. 75th Anniversary of D-Day and the Battle of Normandy

If you are planning to travel Europe in 2019, you can expect a lot of events and ceremonies to celebrate the two important events – 75th Anniversary of D-day Landings and the Battle of Normandy. On 6th June 1944 men from all over the world came to fight in Normandy to defeat Nazism and to gain freedom.

Throughout the summer, the country will celebrate its `75th anniversary. The event would be commemorated with fireworks displays, concerts, parades and military camp re-enhancements. On 5th June 2019, about 250 men and women will board an aircraft in the UK and will wear WWII style Allied uniforms and would jump military round parachutes.

Apart from these two events, July will also mark the 50th anniversary of the Apollo 11 mission. 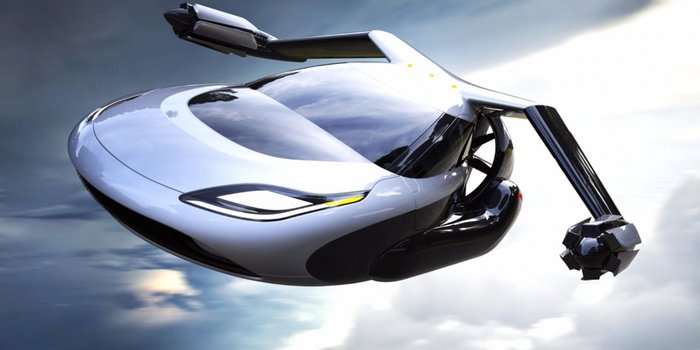 We are living in a world where everything is possible. Though it is difficult to know our future, few inventions like predictive tools could help you out in deciding what your future holds.

Similarly, when you were imagining of driving flying cars, scientists are making this possible for you. It is expected that scientists would soon launch their first flying car at the end of the year.

Based in the Netherlands, Pal – V has even designed a car that looks like a helicopter with a center mounted rotor blade. Some people are saying that this invention of 2019 would create a problem, while others are eagerly waiting for it to be launched. What do you think- would flying cars reduce traffic or not? 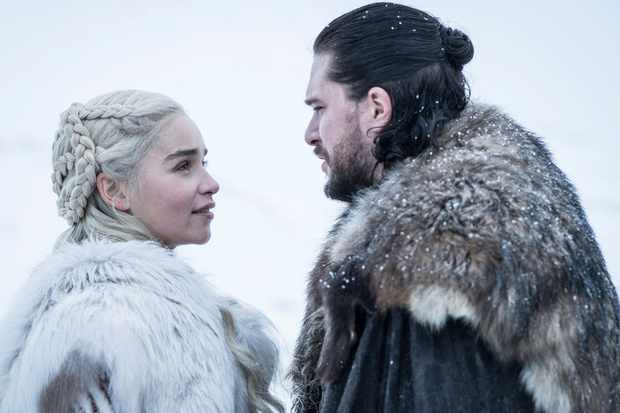 If you are an avid fan of Game of Thrones (GOT), be prepared to watch new theories in 2019. The final season of your favorite show is all set to premiere in April 2019. As expected, the trailer of GOT season 8 has grabbed the attention of millions from around the world, and the fans are super excited to watch the new theories.

The 8th season of GOT will have six episodes of 90 minutes each. Unquestionably, the season would feature the biggest battle in TV history. The trailer of the season clearly shows that even after seven years of premiers the fans are not bored with the series and are eagerly waiting for the last season to go on the floors.

In case, if you have missed the GoT 8 trailer, do watch it and know how GOT 8 will surprise you in 2019. This is the last season guys! Show some excitement. Elections are the most interesting things happen in India. And this year, the huge competition is between Rahul Gandhi and Narendra Modi.

Elections are near, and everyone is curious to know who's going to be the next PM. No doubt, the current PM Narendra Modi is making a great impact across the world and is sharing a cordial relation with all the countries. On the other hand, Congress president Rahul Gandhi is putting all his efforts to make a big in the country and to become the next PM.

What do you think would Narendra Modi continue to dominate Congress? Share your views. We are excited and nervous at the same time to see who's going to win the elections. 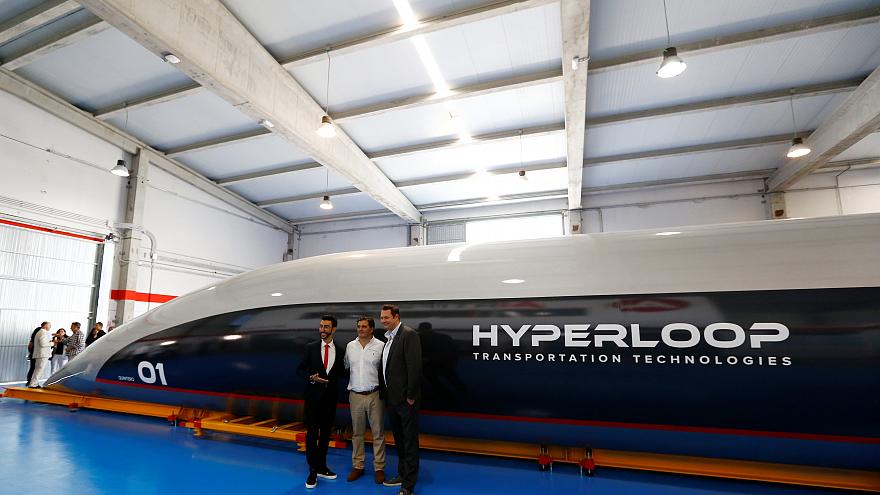 You might have experienced traveling in flight, bus, and railway. But did you ever thought of traveling in a hyperloop?

If so, your dream would come true very soon. The world’s first hyperloop capsule by HyperloopTT would become operational in 2019.

The capsule uses frictionless magnetic cushions to push capsules along underground low-pressure tubes at a speed of 1,223 km per hour. It is built from layers of vibranium which is eight times stronger than aluminum. The Hyperloop capsule weighs over 5 tonnes and is all set to take passengers from one destination to another.

Hyperloop is a technology that became famous after Elon Musk talked about it in 2013 and asked several companies to join the race to create a high-speed futuristic transportation system.

“The creation of this capsule represents over a year long journey of the best expertise in design, engineering, and the development of cutting edge materials.
In just five years we have solved and improved upon all of the technology needed for Hyperloop with our new levitation system, vacuum pumps, batteries, and smart composites.”

“This capsule will be a part of one of the most efficient transportation systems ever made.” (18.1)

8. PlayStation 5 to be Launched 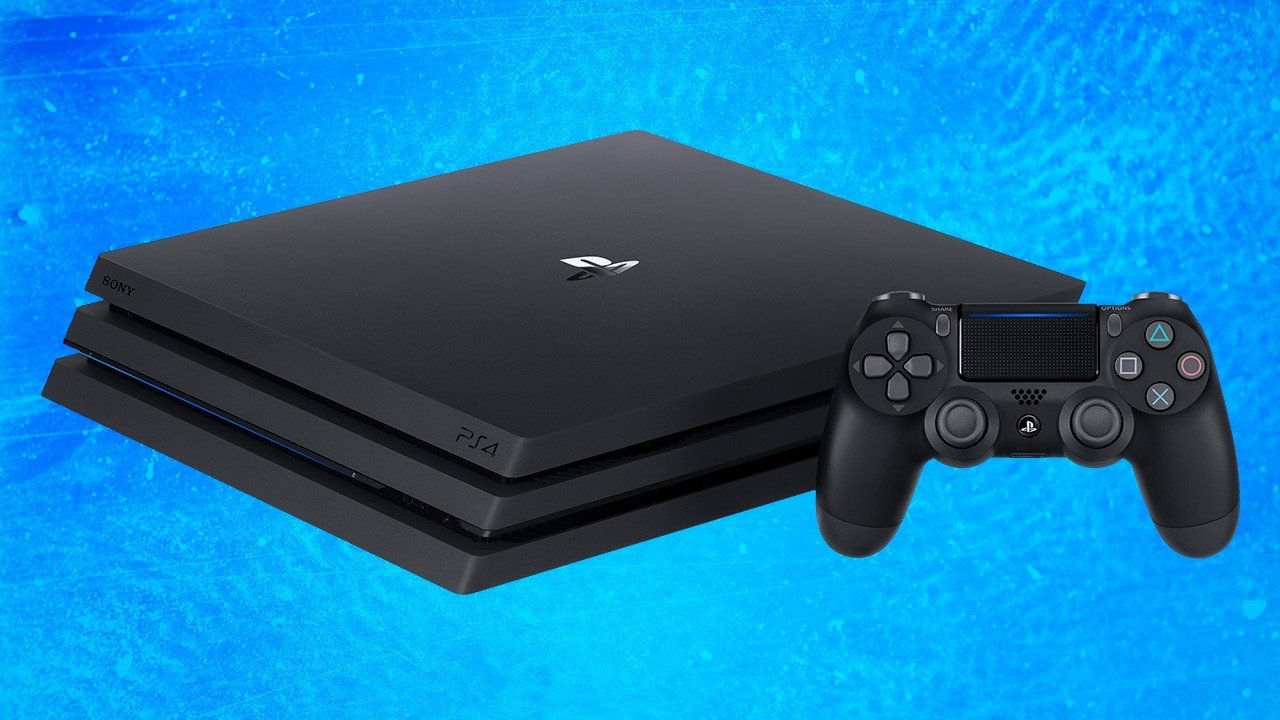 If you are a game freak, here’s good news. Now that PS4 is reaching the end, every PS fan is eagerly waiting for the PS 5. The best estimate for the PS 5 release is 2020, but it is expected the company will announce the release date at the end of 2019. Back in May, CEO John Kodera revealed that the PS5 would not be released till 2021. But the latest reports suggest that PS 5 could release on Christmas 2019.

PlayStation 5 is all set to launch in 2019 is interesting news for PS fans, but what it new features it holds is still a surprise.

Are you excited to enjoy this new version of PlayStation? I am not really, because I am not a big fan of PS. 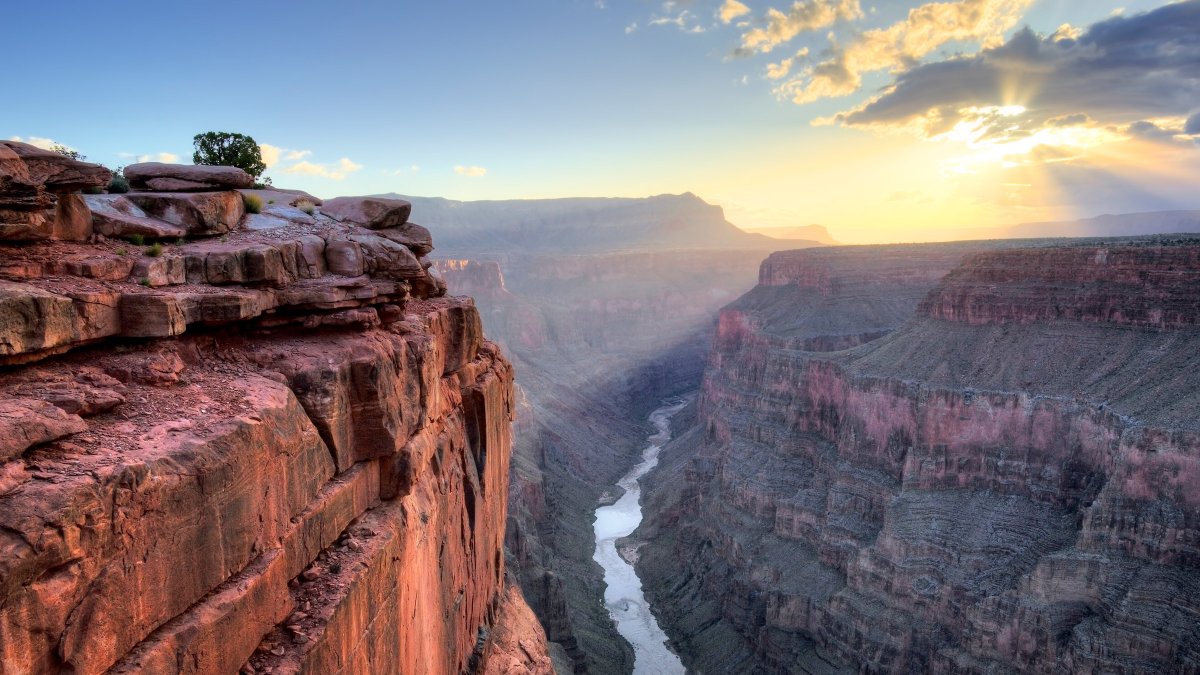 The Grand Canyon sounds like a perfect place to look for the dinosaur bones, but none have ever been found there. The Grand Canyon is 277 miles long and attains a depth of over a mile. It is Arizona’s top tourist attraction and was declared a National Park to save the national heritage that was announced by President Roosevelt.

Grand Canyon is very old (about 6 million years), but 2019 will be marked as its 100th birthday as a national park. Do you know the place is also known as haunted because people have seen a supernatural presence in El Tovar hotel, near South Rim of Grand Canyon? The National Park Service would celebrate the 100 years of Grand Canyon in 2019.

So, if you are planning to travel to some exotic place and want to be the part of this grand occasion then book your tickets to Arizona now. If GOT is not your choice, 2019 is bringing another huge release. Crafted by Marvel Studios, Avengers- an American superhero film is all set to release in 2019.

If you are a die-hard fan of Stan Lee, you must visit Avengers 4 because it would be the last time you would see him in a cameo. The film will hit the theatres on 26th April 2019.

Although, there is a long list of interesting things to be happening in 2019, Nostradamus prophecies for 2019 has a different story to tell. His prophecies speculate about earthquakes and deadly climate changes. Here are more shocking predictions for 2019 that you should be prepared for.

If you are looking for the best gadgets to buy in 2019, here is the list of interesting gadgetsthat you can buy in 2019. Apart from gadgets, new emojis releasing in 2019 have also excited the audience much.

Do you know something interesting to be happening in 2019? Drop your comments below.

Dad Gets 15000 Calls After Sons Put his Number on Billboard. Here's Why