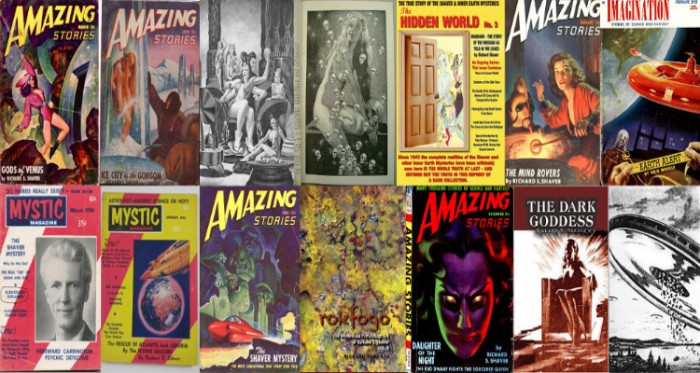 Richard Sharpe Shaver was born on October 8, 19007 in Berwick Pennsylvania. He was a famous American writer and artist. He became famous during the world war II as an author of debatable stories which were printed in a science fiction magazine, in which he detailed that he shares some personal experience of a sinister. The controversy, emanated from him and his editor Ray Palmer, that writings of Shaver’s as an image in the fiction were fundamentally true. Later on they were promoted by editor Palmer as “The Shaver Mystery”

During the year 1970’s he devoted himself to ‘rock books’ – stones that are to be believed that had been created by ancient races and are carved with sharp texts and pictures. He also produced some arts that were based on those rock images and photographed the books broadly, also the writings about the books were widely spread by him.  After his death he gained recognition as an artist and his paintings, and photos were displayed in Los Angeles. 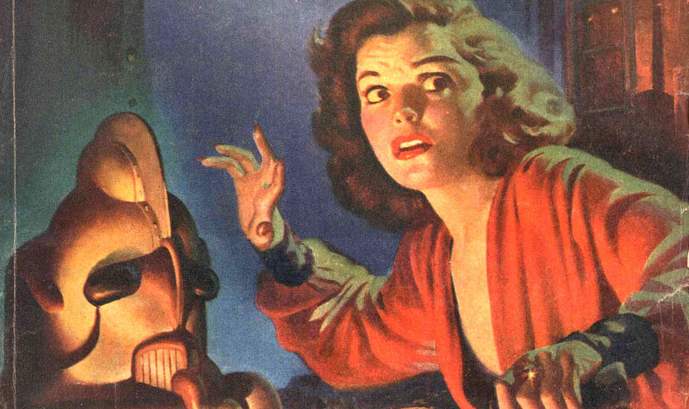 In the year 1943, Shaver wrote a letter to a magazine – ‘Amazing Stories’. He declared that he had discovered a new language ‘Mantong’ in which each sound has some hidden meaning. It is related to Proto-Human language, by applying this formula, anyone could detect the confidential name, word or phrase. Ray Palmer, tried this formula to a number of words and understood that Shaver was onto something.

Shaver learned Mantong with a 10,000 word document named as ‘A Warning to Future Man’. The editor rewrote the manuscripts by Shaver and increased the novel length to 31,000. He insisted that he had only added the exciting plot to the novel so that it doesn’t sound dull, there were no alterations made to the Shaver’s story.

Editor Palmer also declared that magazine Amazing stories had a great increase in sales coz of Shaver’s stories and the journal also focused on Shavers mystery for several years.  It was discovered that about 75% of issues of magazines covers the Shaver Mystery content.

Many science fiction fans felt forced to criticize against the Shaver Mystery and The Shaver hoax. The fans were already upset by Palmer’s shift from hard science fiction to space opera, organized letter writing campaigns to try to convince the publishers to stop the Shaver mystery articles into Amazing stories. The editor printed questioning letters to Amazing Stories and he and other contributors replied to such letters.  As the young Harlan Ellinson allegedly bothered Palmer into admitting that Shaver Mystery was a publicity grabber, the editor angrily responded that this was the same thing as calling his mysteries a hoax.

Dash wrote that the critics of the Shaver Mystery, the author was suffering from the symptoms of paranoid schizophrenia.  In 1948, the magazine stopped all the Shavers stories. Later on the editor claimed that the journal was pressurized by outside forces to make this change. The Amazing stories owner claimed that the Shaver Mystery had simply run its course and sales were decreasing.  Even after the magazines stopped his publication the editor Palmer continued promoting Shaver’s stories the the audiences by the periodical ‘the hidden world’.