The tiny village of Czech Republic, Lidice was not known until the Nazi demolished the village. The bronze sculpture in the village is created in the memory of 82 children who died in the war. 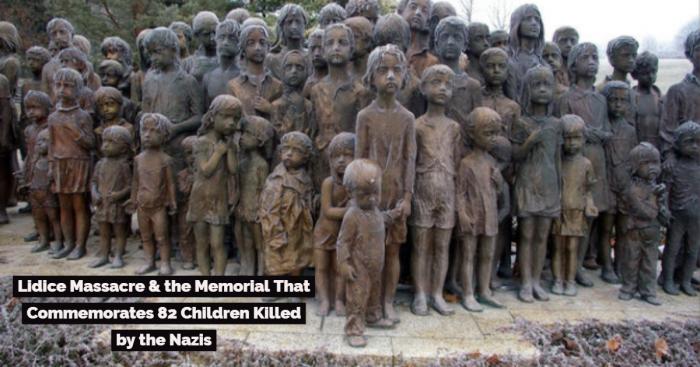 History tells a lot about people, cultures, beliefs, and stories that are inspiring and shocking as well. One story that is known to be the deadliest conflict in human history is about World War II. Nearly 80-85 million people lost their lives in the war.

This cruel thing was carried out by the Soviets and Nazis. WWII not only speaks about nuclear bombs and falling countries but also reveals a lot about the inhumane nazi experiments that were practiced on the innocents.

Another thing was done by Nazis that shocked people was the wiping out of the Lidice village, located in former Czechoslovakia. It was in 1947 when an eight-year-old Vaclav Zelenka returned to the Czech village as the last town’s children.

Five years ago, he and other residents were attacked by the Nazis, but this young kid recalled a few stories from this event. He lived with an adoptive family in Germany, but never realized when he got stolen from his community in Czechoslovakia.

Today, Lidice, a small town of nearly 550 residents, rebuilt a memorial and museum to commemorate 82 children that lost their lives in Nazis attack.

Let’s read about the Lidice Massacre and the bronze sculpture that honors a group of children who were gassed at Chelmno.

A Brief History of Lidice Village 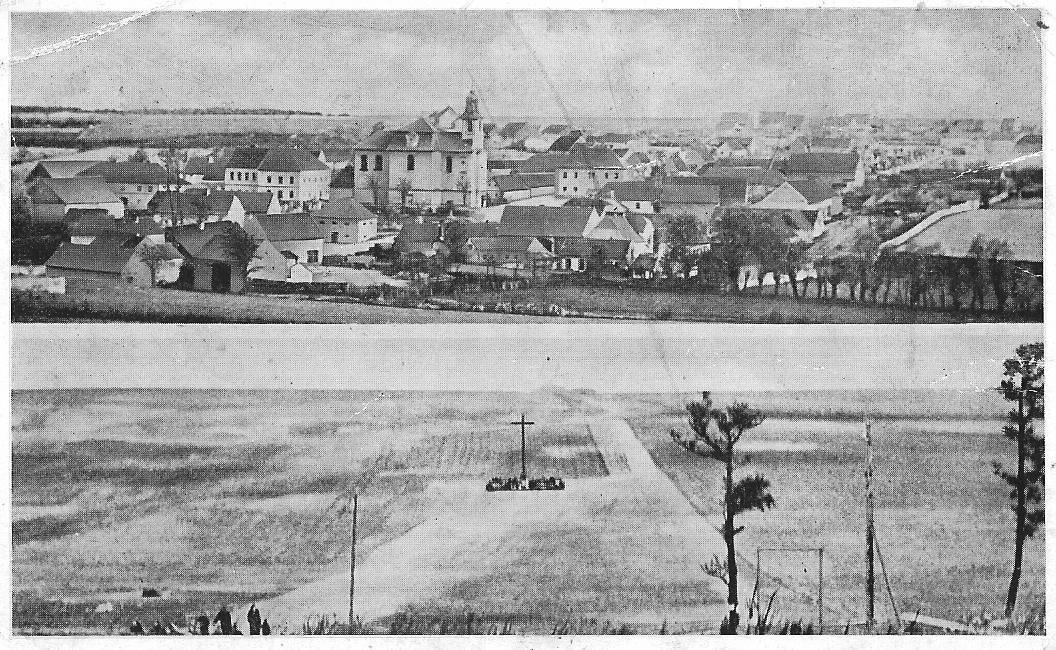 Lidice is a village in the Czech Republic, 22kms northwest of Prague. It was destroyed in June 1942 on orders from Reichsführer-SS Heinrich Himmler and Adolf Hitler in reprisal for the assassination of Reinhard Heydrich and Reich Protector.

The village became known in 1318. Many people living in the village worked in factories and mines in the neighboring cities of Kladno and Slany. It was set on fire, and the buildings were destroyed with explosives. The animals in the village were slaughtered as well. Moreover, people were looted for jewelry and gold.

Then, a powerful army was sent to get rid of the remains of the village, re-routing the stream running through it and the roads.

The army covered the area of the village that was covered with planted crops and topsoil. The people of the village were shot, and children were sent to concentration camps. The death includes relatives of the partisans and their supporters. 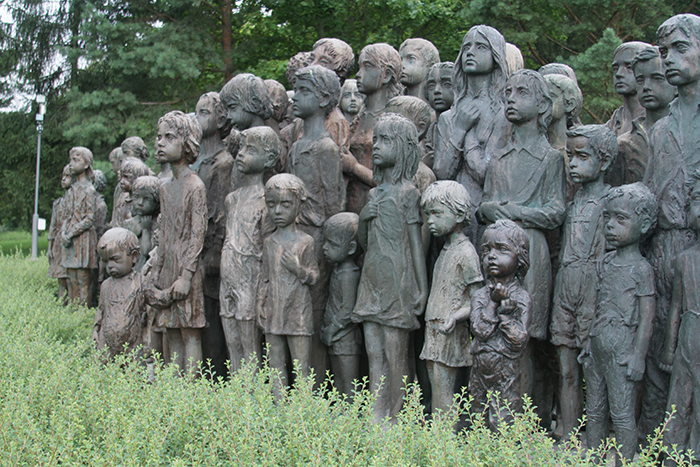 The Bronze statues by Marie Uchytilová in Lidice honors a group of 82 children that were killed by the Nazis. The group includes 42 girls and 40 boys. In 2017, on the 75th anniversary of this mishap, several people gathered from the Czech Republic to an Illinois neighborhood, that has borne Lidice’s name since 1942. 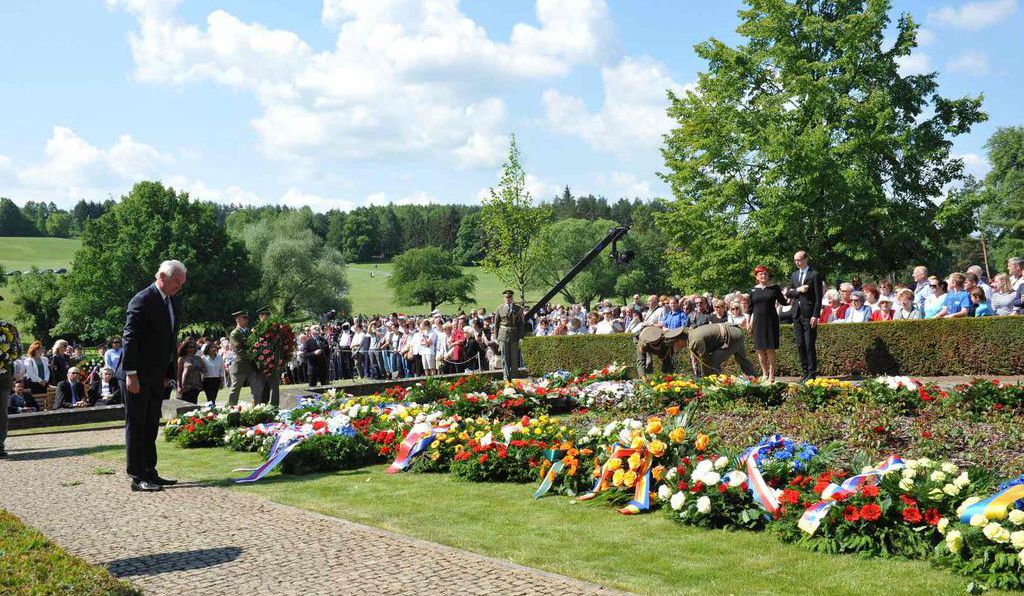 It was on 10th June 1942 when the Nazis killed almost every person residing in Lidice village. The village was destroyed, women and kids were separated and sent to concentration camps, and men were killed.

Since 1967, the village hosts the International Children's Exhibition of Fine Arts: Lidice, a competition in which youth submit art based on themes such as cultural heritage and education.

Why the Nazis Targeted Lidice Village? 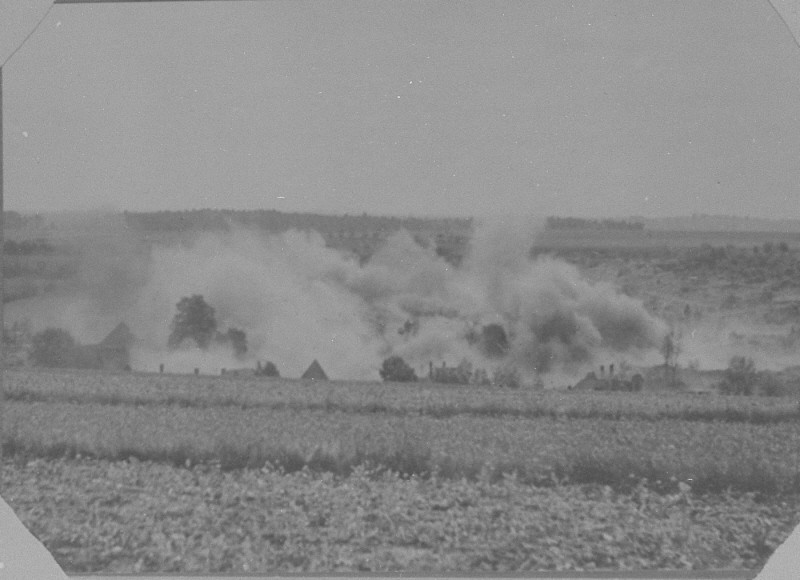 The Nazis killed all 173 men in Lidice village. The 88 children were then dumped in a factory in Lodz, Poland, while some were chosen for Germanization. It is a process where suitably feature non-German children were adopted by German families. The 82 kids were taken to the Chelmno extermination camp to be gassed. They specifically targeted Lidice because a local family had a son in the Czech army in England.

It Took Marie Two Decades to Finish the Sculpture 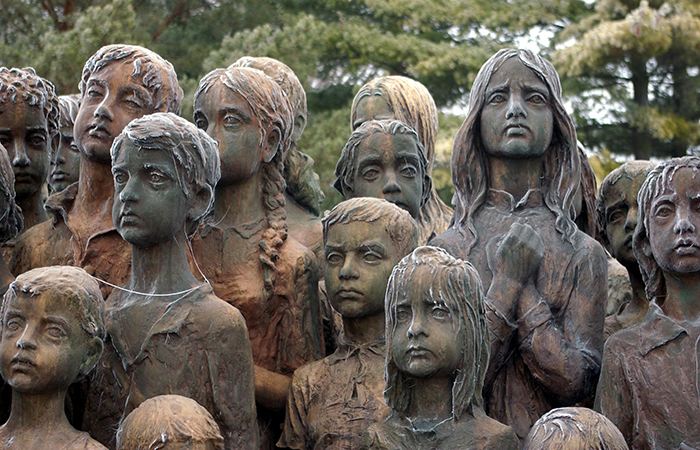 Marie Uchytilová - Kucova was born in 1924. She was a Czech sculptor and an academic sculptor by profession. She was touched by the cruelty committed in Lidice by the Nazis. It was in 1969 when she decided to honor the victims by creating a bronze monument for all the kids lost.

It took her two decades to finish the sculptor of 82 statues of children. Before she started to draw the sculptures, she met the surviving mothers to know about the physical features and the personality of their children and even saw their pictures.

While she was working on the artwork, several people visited her workshop and later collected money for the monument. In 1989, she finished the sculptures in plaster and never saw money coming for her work. So, she cast the first three statues in bronze by her savings. Unfortunately, she died the same year, and the project remained incomplete. After her death, her husband J.V. Hampl continued the work. Financing of the memorial was collected by an individual, foreign donors, and from the government of the Czech Republic.

From 1996, more statues were installed. Currently, there are 42 girls, 40 boys murdered in 1942 overlooking the valley. In 1995, a ‘Rosarium’ of over 30,000 rose bushes was created beside the avenue. Today, these sculptures stand as a silent memory lost in a cold and mindless massacre. The bronze work attracts millions, and the children appear to be looking forward to their future they would never live.

After the war ended, the village became a symbol of Nazi cruel act and those that survived who bravely rebuilt their destroyed village. Martina Lehmannová, the director of the Lidice Memoria,  says that the Nazi attack, embrace the village as a symbol of power. While several crimes were hidden from the world, the Nazis publicized the village destruction through radio broadcast and footage. They were proud of it, she said.

A historian at the United States Holocaust Memorial Museum, Elizabeth White explains the difficulty of the children’s rehabilitation process as many children who were selected for Germination were taken at a young age and forgot their Czech heritage.

“When [the children] were found and sent back, they didn't remember how to speak Czech.”

“One girl’s mother survived Ravensbrück but had tuberculosis and died four months after she came back. At first when they spoke, they had to use a translator.”

What do you think- is this story enough to know about the Nazis? No. Read these facts about Nazis, and you will be shocked to know about their evil experiments that remain a secret to the public.

Do you know other incidents like this? What was your reaction to it? Share your views below.

10 Worst Earthquakes Recorded in History That Had Severe After-Effects