10 Hidden Facts From The Biography Of Rasputin - The Mad Monk

A normal person Rasputin who belongs to a small Siberian village (Pokrovskoye) turned out as the Mad Monk. Seems like the most controversial story, scroll down and read some nasty facts about Rasputin- the notorious personality. 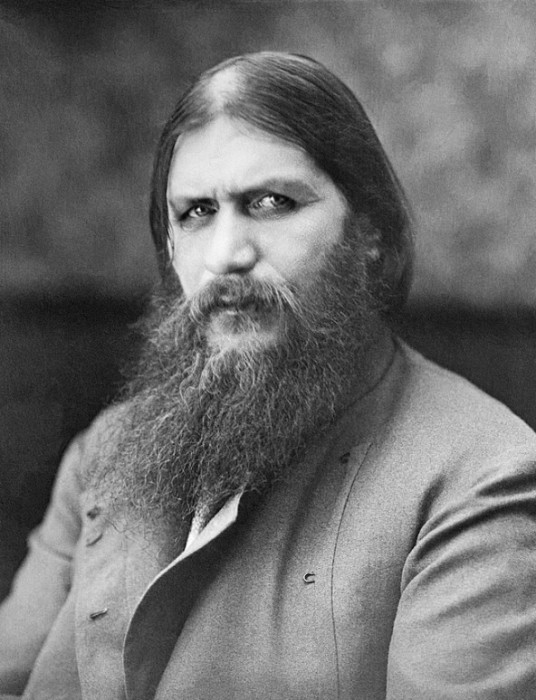 The “Mad Monk Grigori Rasputin” is one of most notorious personality belongs to Russian History. He looked quite perilous and awful had sharp powerful eyes, oily hairs followed by the bushy beard. The Mad Monk Rasputin was a self-made holy man but was considered as the evilest man of the Russian history.

As a child, Rasputin claimed to have healing powers, and he could also see into the future. He was quite fascinated by spirituality and practice of religious ecstasies and this interest actually to the imperial court in St. Petersburg in the early 20th century. That time The famous Romanovs hired him to treat their ill son name Alexei Romanov. Later, he started to influence people and the entire government for their health and other religious matter that some people started disliking him.

His intention was not pure because he was into all the political games that would lead to his death. He was a controversial personality; there are so many mysterious and contentious facts about the Rasputin let’s find out here

1) He Claimed That He Has Extraordinary Powers 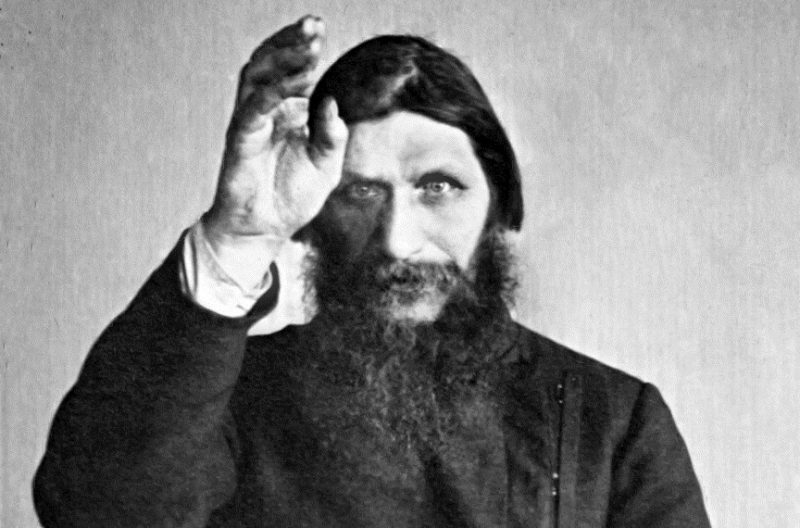 In his childhood, he claimed that he has some healing powers and he can cure the disease, even he said that he could also look into the future easily. All these things may seem idiotic to you but the man was trying to influence people in Russia.

At that time black magic was pretty famous there so, instead of ignoring his meaningless stuff people in the village easily accepted that he actually has some exceptional healing powers. Maybe, this is one reason he often used swearing language and opted for bad habits like stealing, drinking, etc. 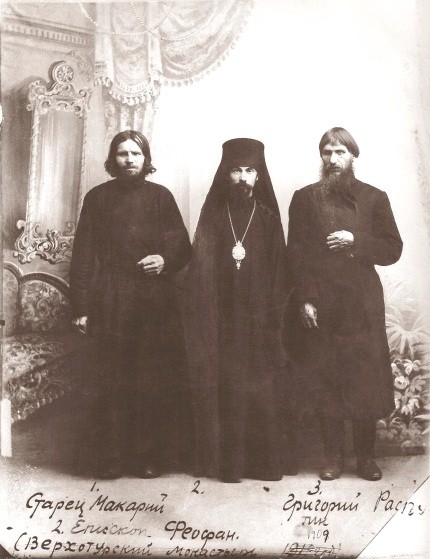 The Rasputin got married and had children and had a good family ultimately but, seems like he was addicted to the occult. At the age of 28, he declared that he didn't want to stay in his same life and wanted to change his path and become a monk. He left his home and family and began to live in a monastery in order to start his so-called Monk life.

3) The Rasputin was Illiterate 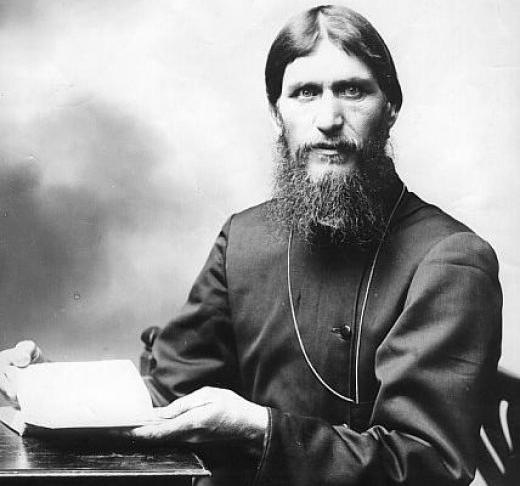 That’s quite shocking to know that the man who actually took over the Russian government in the year 1914 and 1915 was not that educated. He hardly went to the school and monastery. Even he could not able to read properly. We can understand that he was born in the tiny Siberian village where learning was not a big affair but still if you are running the country’s government then you are suppose acquainted with so many vital things. But, that was not the end but the beginning of the controversial life, later on, he realized he can’t be a Russian Orthodox priest so he decided to runaways and start roaming around the forest of Siberia.

4) Still He was A Prodigy 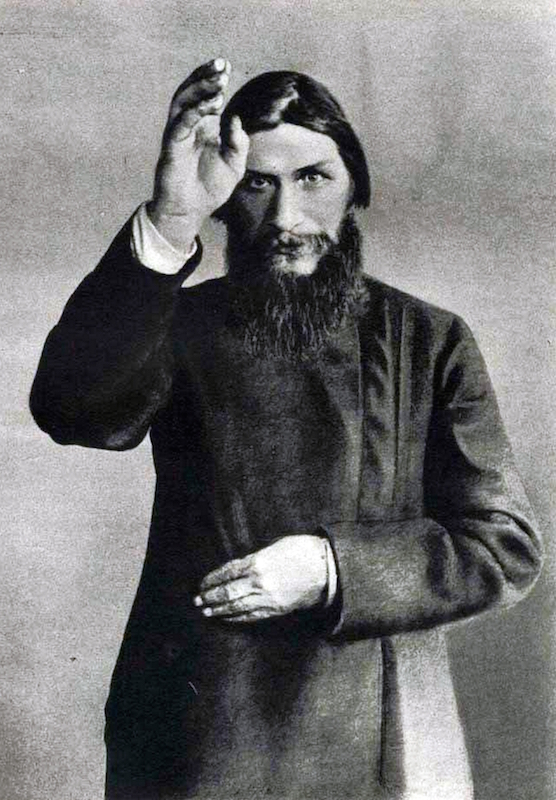 As we know that Grigori Rasputin grew up as a normal man in a small Siberian village (Pokrovskoye). Not only Rasputin but his entire family was uneducated, reportedly they didn't know how to read properly. Apart from this, he got succeed in influencing people through his mastermind personality. Though, he knew some of the healing skills but even after his bad image some people have followed him blindly.

5) Surprisingly He Treated The Alexei Romanov 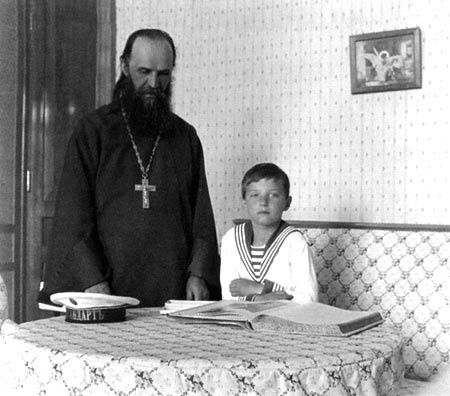 When he was 34-years-old he claimed that he got a dream of Virgin Mary who asked him to go to the St. Petersburg because one royal family needed his help.

Tsarina Alexandra who belongs to the royal family wanted to give birth to a boy as she was only giving birth to daughters. Tsarina was superstitious and quite believed in black magic; she actually talked to several mystics to help her. Her wish was completed but unfortunately, she gave birth to an unhealthy boy. His child (Alexei) was born with hemophilia,  a disease that prevents blood from clotting, so if in case he got any cut in his body, the injury would never stop bleeding.

Rasputin tried to help them and asked them to keep doctors away. And surprisingly he began to get better. He used some healing powers and the boys actually turned out to a healthy one. Though the contemporary theories don’t believe in his healing magic. It was his magic or something else well the truth lies only in the history.

6) He Began His Own Cult 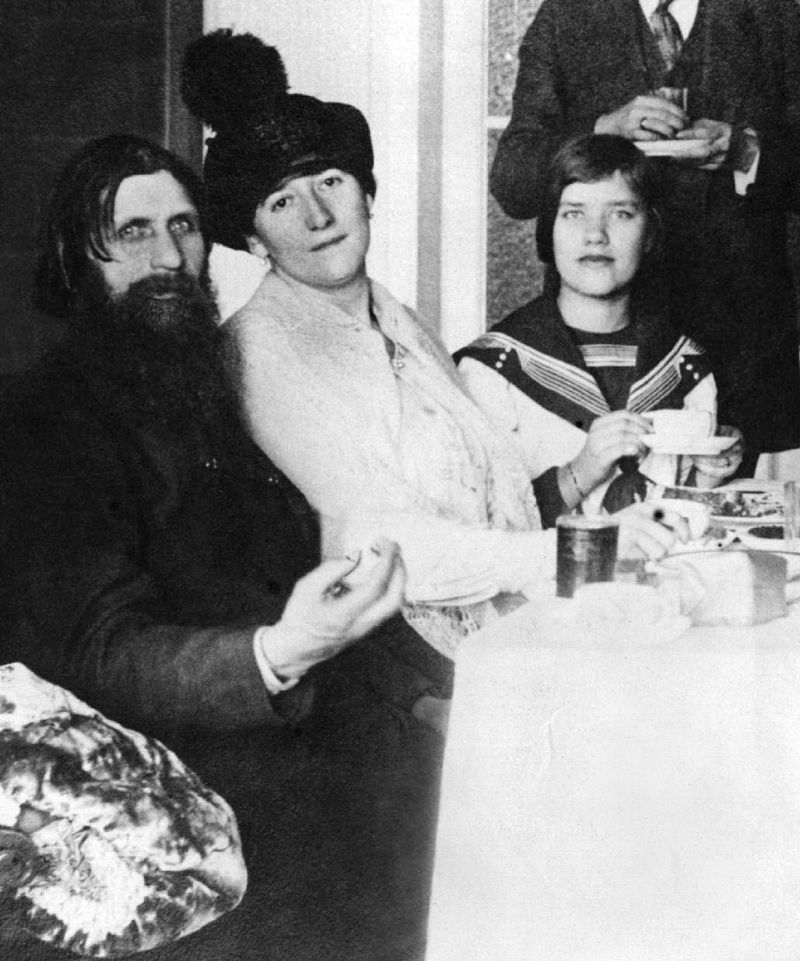 People believe that The Mad Monk Rasputin once joined an outlawed cult called the Khlysts and later on, he began his own cult and was involved in physical activities with many women in the village. We can say he was known for more than just his magic abilities.

Though, he was a person with evil intentions but then also there is something about him that drive women crazy, according to the rumors it was his eyes that apparently hypnotize women, some people believed that he had the ability to hypnotize people with his eyes. But, all these things seem quite abnormal.

7) He Smelled So Badly 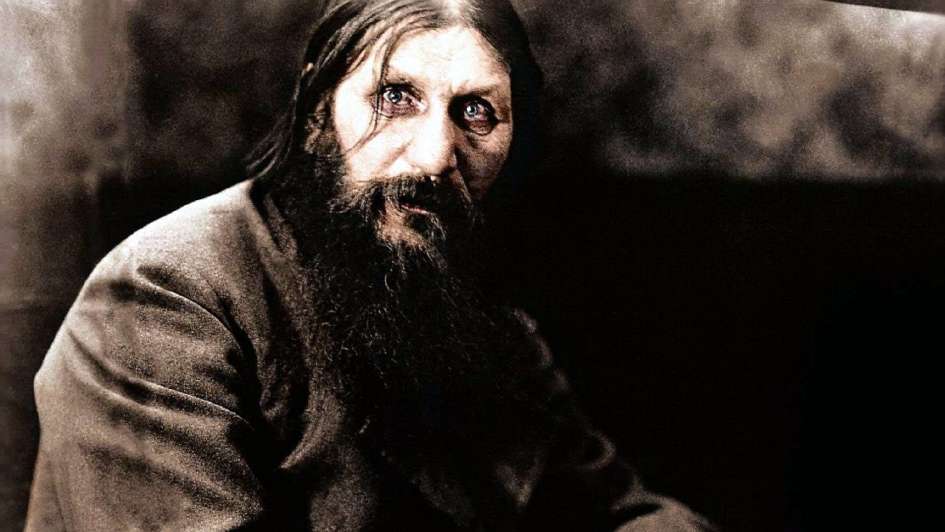 It was said by some folks who met Rasputin, according to them he never bothered to bath and smelled so badly. He himself admitted that he wore the same clothes for about 6 months. Even some people often noticed food particles in his beard. That is really disgusting. We can analyze his personal hygiene with these things.

8) He took Over The Alexandras’ Family 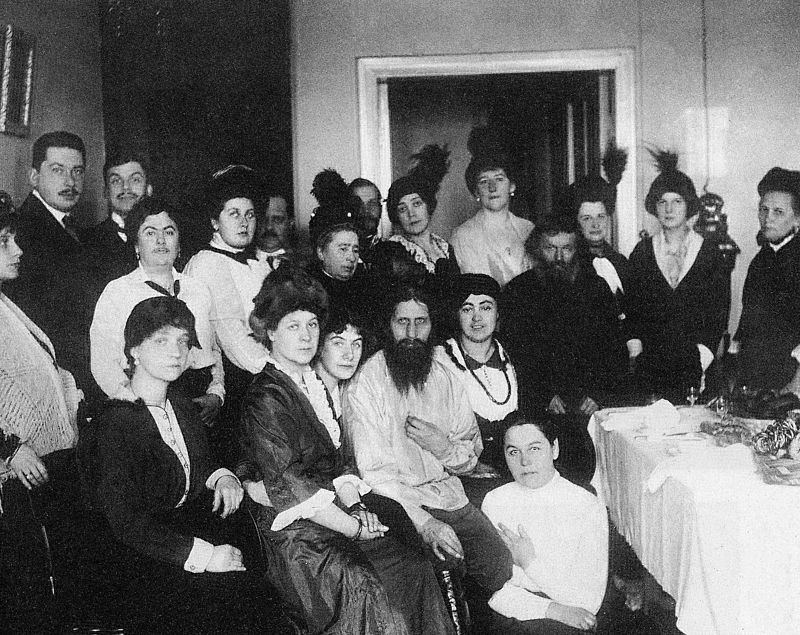 According to the Nicholas and Alexandra his healing magic actually worked and after the recovering of Alexei, Rasputin told his family members that their son cannot survive without him. It seems like they had no choice but to accept Rasputin.

According to the rumors, he was cross all the level of demands, he was even allowed to involve physically with the Tsarina. He treated himself as he was a part of their family.

9) He Was Impossible to Kill 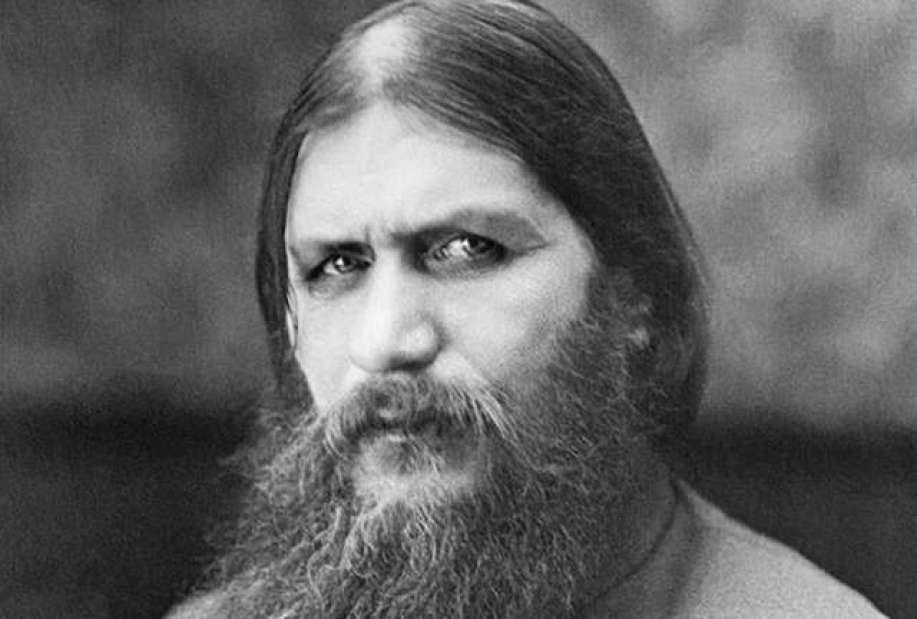 Actually, he found a prostitute named Khioniya Guseva, she had been physically abused. When the Rasputin went to his village Siberia without any protection Guseva stabbed him with a knife and he got badly injured but somehow he survived that attack. So, these tales reflect that it was not easy to kill the Mad Monk Rasputin.

Moreover, he felt safe with Romanov family because Empress was trying to keep his promise that no one who belongs to the Romanov family will be accountable for his death but then also her nephew-in-law, Felix Yusupov, plotted to kill Rasputin, he pulled his gun and shot Rasputin in the heart. 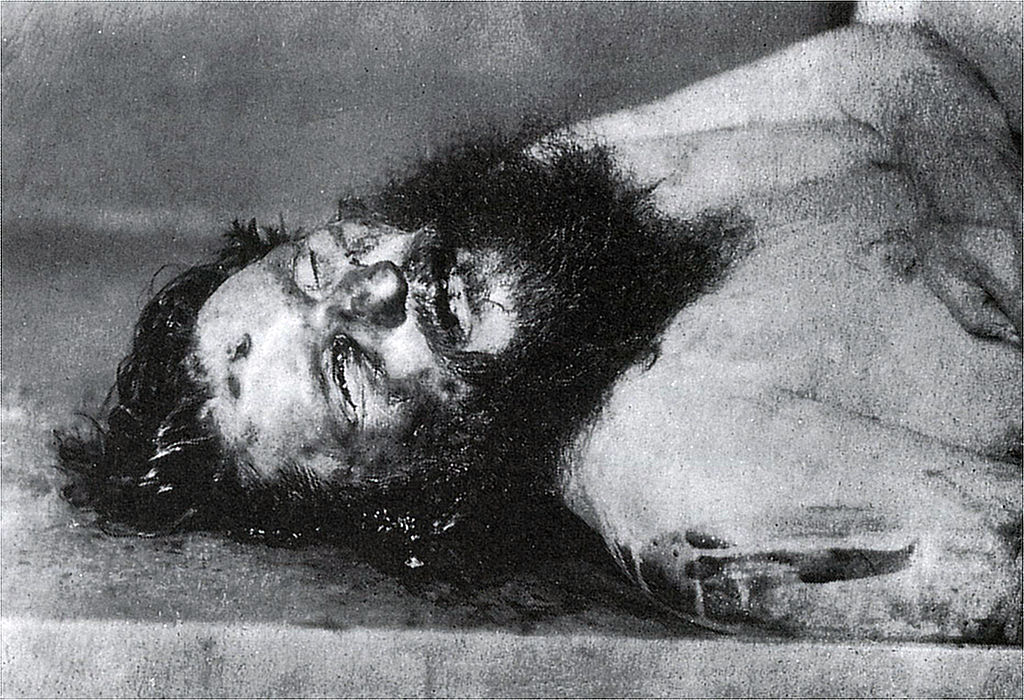 According to the people and some rumors about Empress’s nephew-in-law, Felix Yusupov and his friends were really happy to see Rasputin's dead body, but Yusupov felt something strange and he went to check it off.

He went close to him and suddenly the Rasputin opened his eyes and began to run. That was the time he was shot several times even on the head. He was not able to run more and got caught and beaten by a man with metal rods. He tied him and threw his body into the cold river. Strange it is but the autopsy reports revealed that there was no water in his lungs which meant he was breathing, even after being shot in the head. But, it was the end of his story.

The life journey of the Mad Monk Rasputin was full of sins, awful events, black magic and lot more. No wonder, people called him evil because he was the one.

10 Cursed Expeditions That Sacrificed Many Lives