Hatpin: A 20th-Century Decorative Pin That was Women's Self-Defense Tool

Can you imagine- a decorative & functional hat accessory could be used for self-defense? But women in the 20th century used hatpin as a weapon against sexual predators. 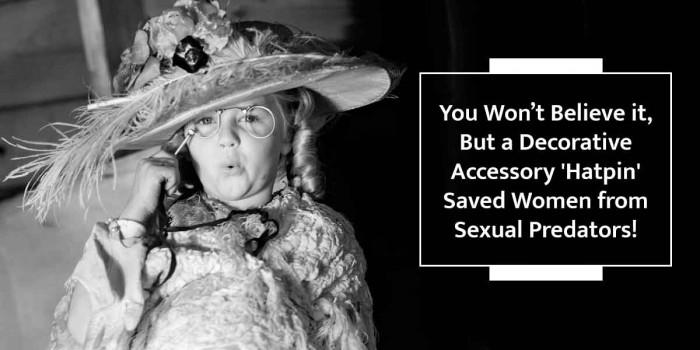 History is full of surprises. Sometimes it tells us about the World Wars that happened; other times, it reveals the shocking stories behind the monuments. However, history has also given us stories to laugh. For instance, it showed the horrifying fashion trends that hopefully will not be the latest trend for many years to come.

It has also left us talking about the Wild Women of the west and their determination to change the world. Similarly, we read about women in the 20th century, who terrorized men from a decorative hat accessory. You might find this shocking how a hair accessory could frighten men. But it is true!

Earlier, women did not have pepper spray and other things to defend themselves from the rapist. However, they were cunning and crafty. Let us read how the story of hatpin became popular and also encouraged other women to use it for self-defense.

Why Were Hatpins Invented? 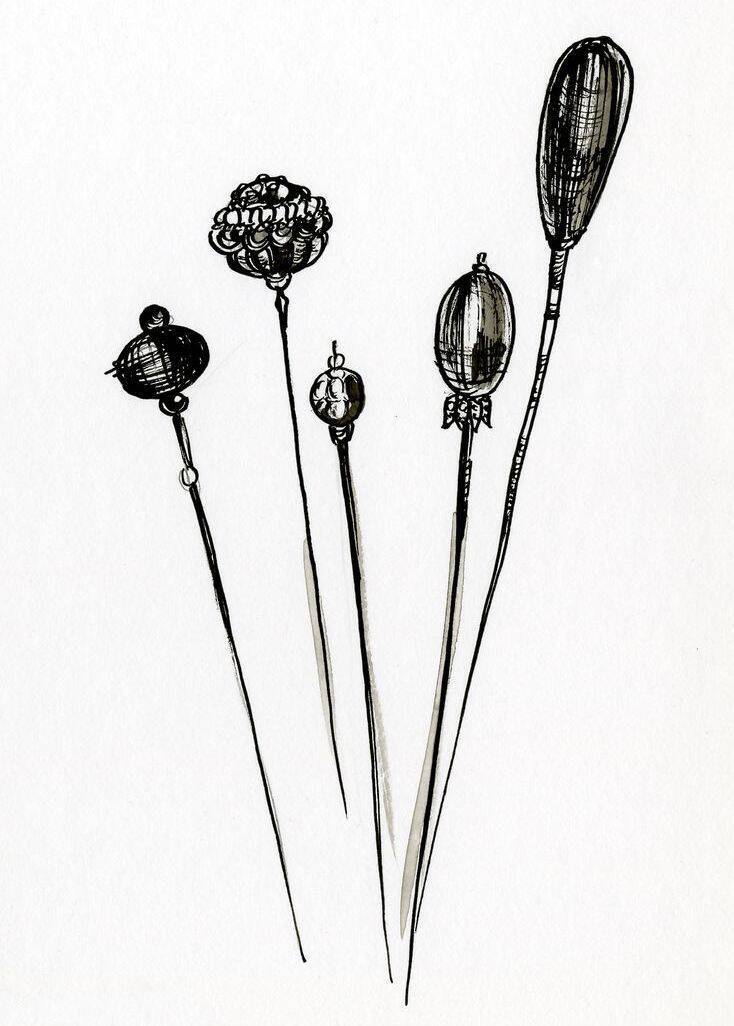 This decorative accessory was invented to hold a wimple, a large piece of cloth worn around the neck and chin. In 1832, Americans invented the machine that produces hat pins so that it becomes affordable. They became a women’s accessory through the 1910s and were produced in different shapes. 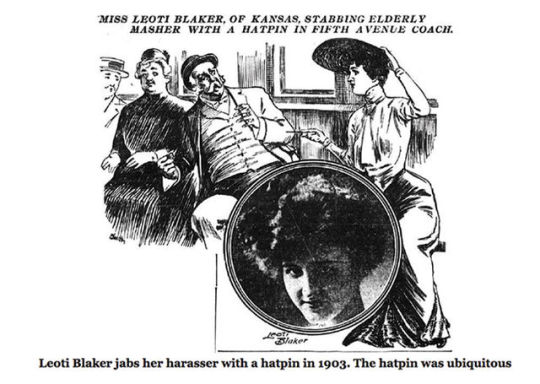 It was on 28 May 1903 when Leoti Blaker, a beautiful damsel, touring New York City boarded a Fifth Avenue stagecoach at 23rd street and settled in for the ride. The coach was crowded. She saw a man getting close to her and constantly watching her. He looked like a kind and disciplined man.

Suddenly, the stagecoach jumped and tossed the passengers on one another. The man came closer to her and started touching her. She then lifted her arm to take the hatpin and plunged it into the Man’s Arm. He cried out of the pain and left the stagecoach at the next stop. She said in a leading newspaper,

“He was such a nice-looking, old gentleman. I was sorry to hurt him.”

“I’ve heard about Broadway mashers and ‘L’ mashers, but I didn’t know Fifth Avenue had a particular brand of its own… If New York women will tolerate mashing, Kansas girls will not.”

Later, newspapers from around the world reported similar incidents. One case was about a woman who became the victim of a man who wanted to see her home. Another case was of a Chicago showgirl who beat a man in his face after he asked insulting questions. A story of a St. Louis' school teacher became famous after she attacked her predator with her hatpin.

Such stories encouraged women to fight against harassers. Also, women who used hatpins as a self-defense weapon were considered as heroes. Slowly, the communities accepted female dependence and recognized their efforts.

“Never before in civilization have such numbers of young girls been suddenly released from the protection of the home and permitted to walk unattended upon city streets and to work under alien roofs.”

Women’s Changing Role in Society and Mode of Self-Defense 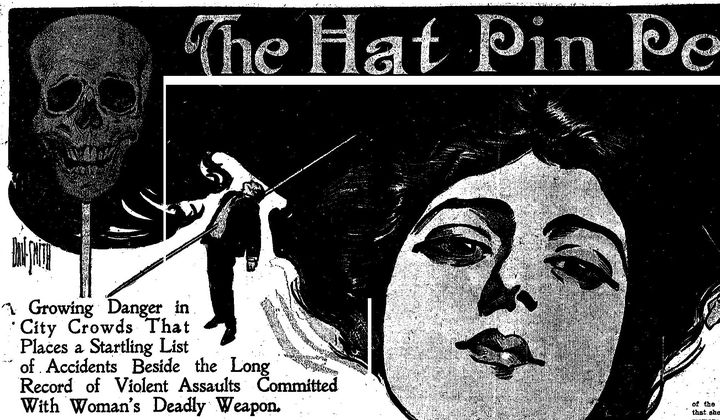 People stopped arguing with suffragists and did not object to the change in women’s role, and preferred their mode of self-defense. A 19- year old girl thrust her hatpin to her boyfriend and pierced his heart.

Unfortunately, this hatpin attack led to several lives. A New York streetcar passenger felt pain behind his ear, and within a week, fell into the coma and died. Further, in New York, several female factory workers attacked police officers who arrested their friends for making anarchistic speeches.

Later in 1910, Chicago’s city council debated an ordinance that banned hat pins, which were longer than 9 inches. Any woman caught in violation would be fined $50 or more.

“If women care to wear carrots and roosters on their heads, that is a matter for their own concern, but when it comes to wearing swords they must be stopped.”

Nan Davis, a representative of several women’s club, asked for permission to address the committee, said,

“If the men of Chicago want to take the hatpins away from us, let them make the streets safe. No man has a right to tell me how I shall dress and what I shall wear.”

Have you ever imagined that an accessory like a hatpin could save a life? Earlier, women used these hatpins and wore in pairs. They were typically 10-15 cm long and were the most decorative part of the hat.

Don’t you think hat pins should have been used in the 21st century also? Do you have any other ideas that women in today's world could use as self-defense?

Did you know about this hatpin safety measures and why women used it in the 20th century? Also, don’t forget to drop your thoughts on this matter.