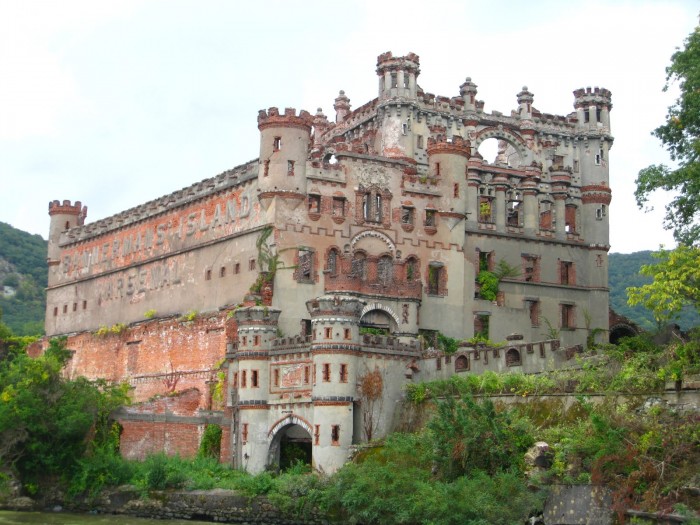 Known by different names as Pollepel Island, Bannerman’s Island, Pollepel Island is located at the eastern shore of the Hudson River in New York. The main highlight of the island is Bannerman castle, an abandoned military surplus warehouse.

History to the Fort 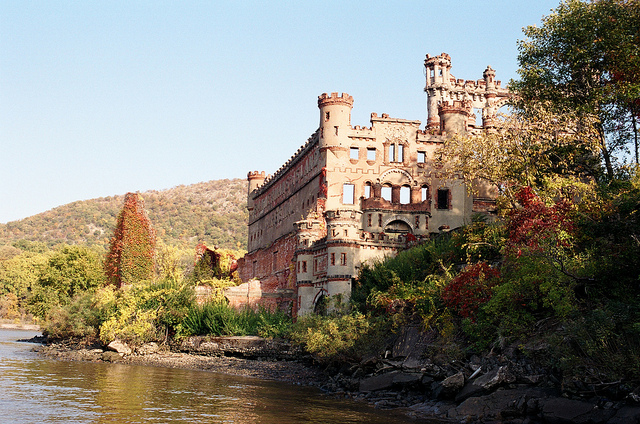 Buried on the island in the Hudson River, below the brittle body of the century old castle walls lie civil war bayonet scabbards and the remains of the Irish linen bed sheets. Francis Bannerman was born in Scotland in 1851 and immigrated to the US at the age of 3.

While growing up he started collecting and selling scrap from the harbor. At the mere age of 14, he started his own company to sell military surplus goods. His notable merchandise includes cannons from the Battle of Yorktown and relics from Admiral Perry’s expedition to the Arctic Circle. (8.1) 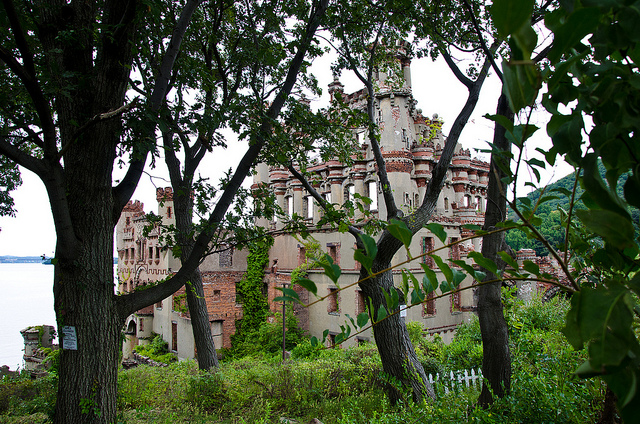 Bannerman bought 90% of the US army surplus after the Spanish-American War, some of which was recovered from the sunken USS Maine. Fortunately his son David happed across the Bannerman’s Island while canoeing on the Hudson. The family purchased the island and a year later construction began on a castle and residence.

The design for the abode was drafted by Bannerman but the constructors were allowed to put the designs on their own. Nearly all the construction was finished without any help from the professionals or engineers. Me. Bannerman decorated the home with plants and flowers from his surplus collection; he beautified the paths with flowers and terraces with plants some of which can still be seen today. Bannerman aimed to use his castle as a brick built and an advert for business. This exotic castle was clearly visible from the shore and he instructed the builders to cast the legend – Bannerman’s Island Arsenal. 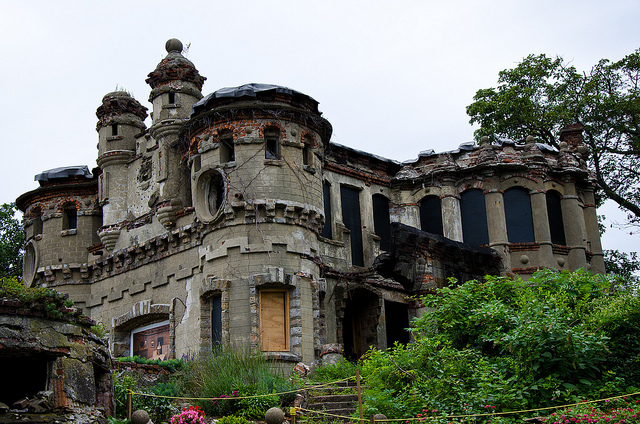 Sadly the construction stopped with Bannerman’s death in 1918 and the Bannerman’s Island has experienced a stormy history then. Two years after his death, 200 pounds of powder and shells exploded and damaged a portion of the complex. It was thought that this big explosion had been caused by lightning hitting the flagpoles. The disaster struck again in 1950 when a storm caused the sinking of the ferryboat Pollepel which serviced the Island. 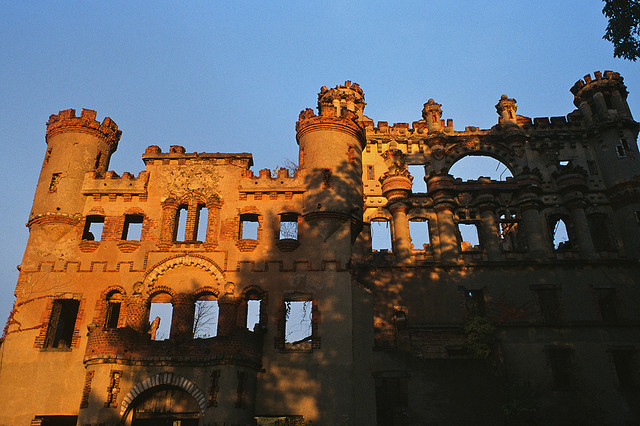 In 1957, the property’s last supervisor retired and the place was left vacant for next three decades. A devastating and suspicious burn for three days in 1969 left much of the structure in ruins. The building was then claimed unsafe to enter. In 2009 about 40% of the front wall and 40% of the east wall collapsed. The tragedy struck in April 2015 again when Vincent Viafore was killed by his fiancee, Angelika Graswald and that was the first kayaking accident. She proceeded to tamper with his kayak and left him drowning.

The Bannerman’s Island according to Native American lore is inhabited by spirits. The above stories indicate the bad luck and it can be speculated that unfriendly spirits have caused its decline and fall. The Bannerman’s castle is obviously beyond any modification so it should be left to moulder in dust.

Old Tjikko: A Clonal Tree That is as Old as Woolly Mammoth