The death of President John F. Kennedy was heartbreaking for all the U.S. citizens. Masses lined up the streets for watching hi...

The death of President John F. Kennedy was heartbreaking for all the U.S. citizens. Masses lined up the streets for watching his last motorcade pass by Dealey Plaza in Dallas, Texas on November 22, 1963. In the following years and weeks, many identities became known while many are still identified by their nicknames such as the 'Umbrella Man' or 'Badge Man' and the most popular one being “Babushka Lady”.

Who Is Babushka Lady?

Babushka Lady is the nickname of an unknown woman present during the assassination of President John F. Kennedy. She had been photographed in many events surrounding the fatal shot. The woman wore a headscarf similar to scarves worn by elderly women of Russia.

Why Did She Gain Limelight In The JFK Assassination? 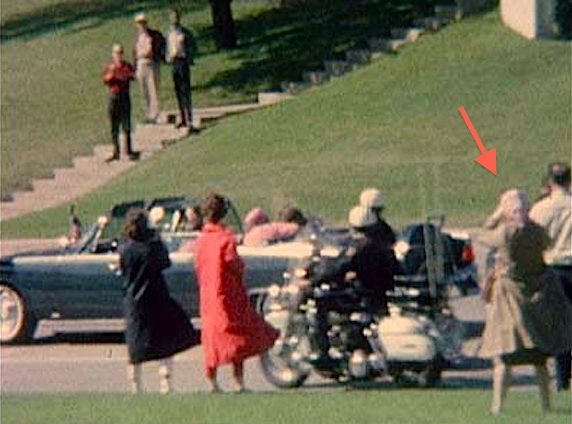 The woman was standing between the Elm and Main Streets. She can be seen in the Zapruder film, Orville Nix, Marie Muchmore, and Mark Bell film as well. Even after the shooting took place, she was seen standing with the camera at her face. Later, she crossed the Elm Street and joined the crowd towards the grassy knoll.

She was last seen in photographs walking east on Elm Street. None of the cameras could capture her directly because in all cases she was facing away from the camera.

Even after 53 years, we have no idea who she was and the footage she took of the president’s assassination has never been found. It becomes another story of the unsolved mysteries.

Sightings Of The Mysterious Lady

Various bystanders took photos and videos in varying quality of the event which turned out to be the president’s assassination. Babushka Lady appears in a few of them.

In a video shot by resident Marie Muchmore which became one of the primary chronicles of the day, Babushka Lady appears standing behind a man Charles Behm and his five-year-old son. Only her back can be seen. She wears a long tan coat.

Babushka Lady appears at 0:41 in this film.

Another video captured by the U.S. postal carrier Mark Bell sights Babushka Lady after the shots were fired. While the others are running for coverage and some sit on the ground in shock, she walks closer to the street and stands across the grassy knoll.

The below video sights Babushka Lady at 0:47.

The most popular citizen based video, Zapruder film, which is considered as the most complete shoot captures a frontal view of this mysterious lady but the camera obscures her already blurry face.

Interestingly, a film developer of Dallas told the FBI agents that he had developed a single color slide brought by an unknown woman. The slide was blurry but according to the developer’s descriptions, it matched up as being taken from the spot where the Babushka Lady stood.

Did The Mystery Solve With Beverly Oliver’s Claim To Be Babushka Lady? 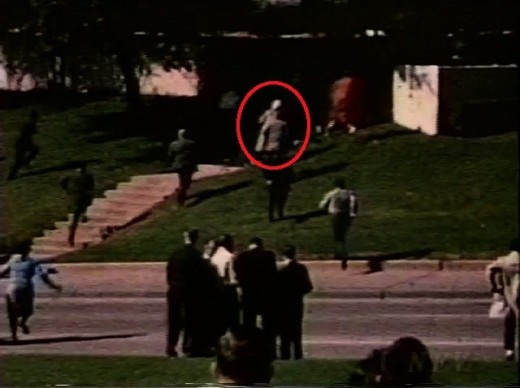 Babushka Lady never came forward after the assassination. Despite various efforts, Dallas police and the FBI could not find her and the film shot from her position.

A woman named Beverly Oliver who was a former dancer and singer at a burlesque club came up in 1970 claiming to be the Babushka Lady. She told this to the conspiracy researcher Gary Shaw at a church revival in Joshua, Texas. She stated that she filmed the assassination with Super 8 film Yashica and gave the undeveloped film to two men. Jack Ruby introduced the men as FBI agents, one of whom was the suspected John Kennedy shooter, Lee Harvey Oswald.

Oliver said that she did not obtain any receipt from those men who also told her that they will return the film within 10 days. But none of the parties carried any follow-ups. In the 1988 documentary The Men Who Killed Kennedy, she reiterated her claims.

All Claims Were False In The Eyes Of Authorities 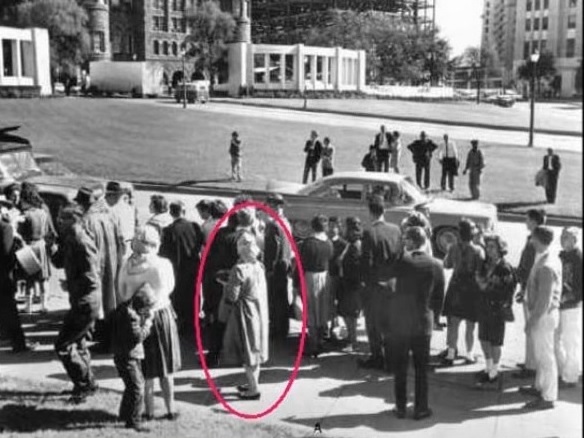 There were many reasons for Beverly Oliver not being recognized as Babushka Lady.

In the 1991 film JFK by Oliver Stone, Beverly Oliver’s recollections formed the basis of a scene - A character named Beverly meets Jim Garrison in Dallas nightclub. The character was played by Lolita Davidovich. The director’s cut depicts her as wearing a headscarf at the Dealey Plaza and speaking of giving the video to two men claiming to be FBI agents. 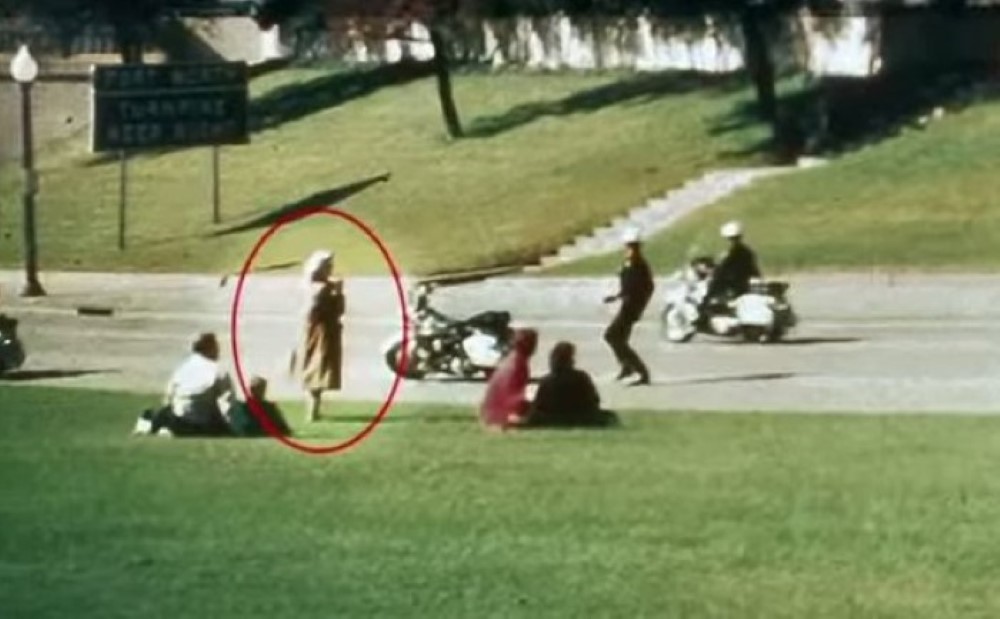 Source = Behind The Curtain - WordPress

Many conspiracy theories are associated with the Babushka Lady in the context of the assassination of President John F. Kennedy. Some hold more merit than the others.

Report Of The U.S. House Select Committee On Assassinations 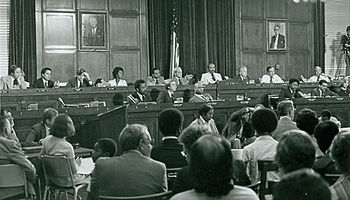 The Photographic Evidence Panel of the United States House Select Committee on Assassinations indicated in March 1979 that they could not locate any film attributed to Babushka Lady. Their report said-

"Initially, Robert Groden, a photographic consultant to the committee advised the panel as to pertinent photographic issues and related materials. Committee investigators located many of the suggested films and photographs, however, some items were never located, i.e. the Babushka Lady film, a color photograph by Norman Similas, and the original negative of the Betzner photograph."

Public Hearings On The Assassination

Assassination researcher Gary Mack testified before the Assassination Records Review Board on November 18, 1994, that an executive from Kodak’s Dallas office told him that while they were processing the Zapruder film, a woman in her early 30s with brunette hair brought a film that was probably of the assassination scene.

But those photos were blurry and virtually useless and the woman went away without her identification details. Mack suggested that this woman might be Babushka Lady. He also told the Board-

"I do not believe that Beverly Oliver is the Babushka Lady, or, let me rephrase that, she certainly could be but the rest of the story is a fabrication."

Beverly Oliver Massegee appeared before the Assassination Records Review Board stating that she was 17 years old at the time of the assassination. She further said that she was filming with an experimental movie camera when Kennedy was shot. She handed over this film to a man who identified himself as FBI agent because he was an authority figure and she feared of being caught in possession of Marijuana.

What are your views about this assassination? Do you think Babushka Lady was a Russian spy? Or was she an innocent lady who became a victim of the circumstances?

What about Beverly Oliver? Let us know your views in the comments section below.

Enuma Elish Summary – The Epic Tale Of Creation Of Universe