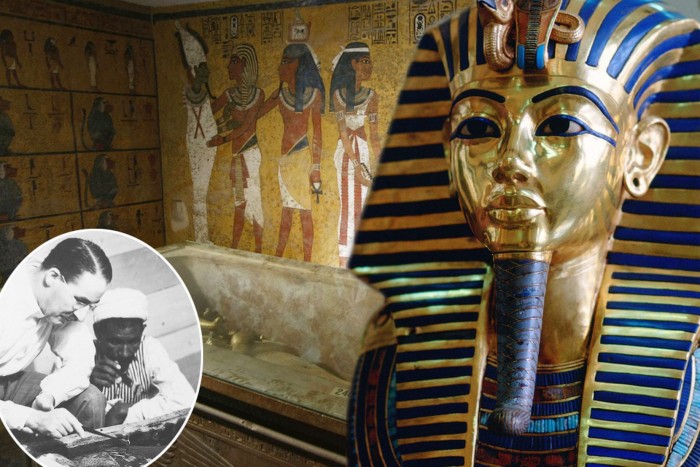 Pharaoh Tutankhamun’s (King Tut) tomb was uncovered by archaeologists Howard Carter and George Herbert on November 26, 1922 in Egypt’s Valley of the Kings. The archaeologists have unearthed the perfectly preserved 3000 year old mummified corpse of Tut inside his burial chamber. Various murals and 5,398 articles of clothing, jewelry, furniture and toys have been found in withal that have helped paint Tut’s picture in power. Howard Carter spent ten years of his life in indexing these artifacts. His discovery is a triumph in modern archaeology and has sparked a world-wide fascination for ancient Egypt.

Almost a century later than their discoveries, archaeologists today have found a similar impactful discovery in King Tut’s tomb. A hidden corridor found by them outside Tut’s four room tomb may be the final resting place of Queen Nefertiti who was Tut’s alleged stepmother and noted royal stunner.

Watch this by yourself in the video given at the end.

King Tut who was also known as the boy king, ruled for almost a decade. He started in 1332 B.C.E. and ended with his untimely and unexplained death in 19 years of age. Tut spent most of his time in power restoring Egypt to his father King Akhenaten. He created several problems for the country in his reign. These included moving Egypt’s capital away from Nile and immediately switching polytheism to monotheisem.

Tut’s tomb is impressive, ornate and modest in comparison to other burial sites. Some experts say that Tut’s tomb was never intended for him. They believe that the burial was rushed to an already existing tomb instead of a separately prepared burial for the young king. 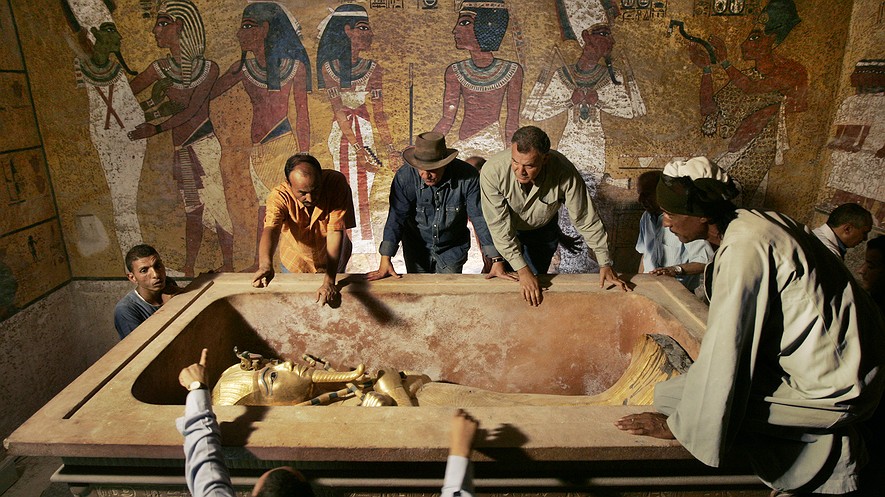 Thanks to the modern technologies such as dimensional wall mapping and deep radar scans, Egyptologist Dr. Nicholas Reeves believes that Queen Nefertiti’s body might be placed on other side of Tut’s burial chamber.

A radar scan conducted in March his year revealed that two walls of Tut’s tomb which are believed to be empty; tested positive for organic and metallic materials. However, another scan that was conducted one month later tested negative.

Even without 100% certainty, the authorities in charge are reluctant to dismantle King Tut’s tomb. It may take years or even a century to gather the necessary evidences. However, the director of the Egypt Exploration Society- Christopher Nuanton is confident that they will be able to solve the mystery of the missing Queen Nefertiti in some time.

Check out the video.