7 Facts about Unkillable Soldier & His Feats During the Army Service

Take a look at a few amazing facts about this brave soldier De Wiart. Also, read how he lost his ankle and eye and still fought in the war. 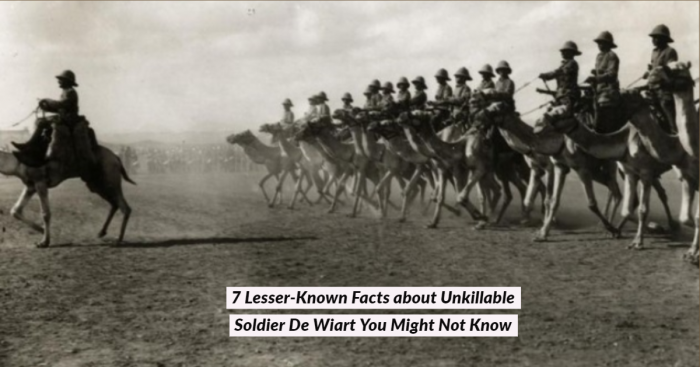 History is full of surprises. It has given us several interesting stories of World War I, WWII, facts about medicines, and more. It has also shared fascinating stories about an unkillable soldier. While many people have a fear of injuries, Adrian Paul Ghislain Carton de Wiart has no fear of death. Born on 5 May 1880 into an aristocratic family, De Wiart spent his childhood in both Belgium and Britain.

His father remarried after his wife died and sent De Wiart to England to join a boarding school. From there, he went to college but not for long. It was on October 11, 1899, when the tension between British and Dutch exploded with the Second Boer War. He dropped out of school and joined the British Army. He even said he had no grudges against the Dutch. But if the British army had not taken him, he would have fought from the Dutch side. By September 1901, he became a second lieutenant in the 4th Dragoon Guards.

On July 2 and 3 in 1916, he lost his team commanders and even a part of his ankle. But this is not the end, he was also shot in the hip during the Battle of Passchendaele, and in the leg at the Battle of Cambrai. Despite many accidents, he later said -

“Frankly, I enjoyed the war.”

He also spent some time in India before he was sent back to Africa in 1904. Here are more amazing and interesting facts about unkillable soldier De Wiart.

1. Belgium is Not Only Famous for Chocolates But Also for this Great Warrior While many of us know Belgium is famous for chocolate and fries; it is also known for a great warrior King Albert I. He took command of the military in August 1914 and became the last royal to lead troops in battle.

Other fighters in the list are African mercenary Jean Schramme, free Belgian leader Jean Baptiste Piron, and General Charles Tombeur, the man who won the East Africa campaign for the Entente in WWI. Born into an aristocratic family, De Wiart was the director of Egypt’s Cairo Electric Railways and Heliopolis Oases Company.

2. De Wiart Never Mentioned About His Wife and Daughters in his Autobiography ‘Happy Odyssey’ 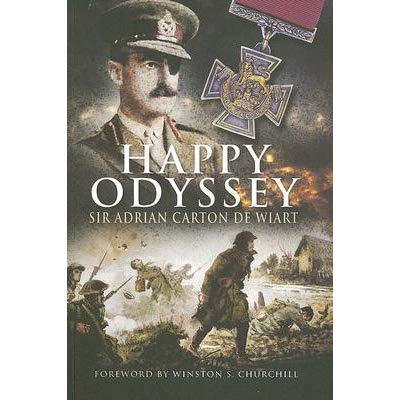 It was in 1908 when De Wiart married an Austrian noblewoman, countess Friederike Maria Karoline Henriette Rosa Sabina Franziska Fugger von Babenhausen. Even after becoming the father of two daughters, he never wrote about his wife and daughters in his autobiography ‘Happy Odyssey.’ For him, the war was everything.

When the war started in 1914, he supported Somaliland Camel Corps who went to battle on camels. Their main aim was to defeat the Dervish State ruled by the Islamist warlord Mohammed Abdullah Hassan. On November 1914, the Camel Corps attacked the Devish Fort.

Unfortunately, they attacked back, and he was shot during the action. In the war, he lost his left eye and a part of his left ear. De Wiart was sent to England to recover and was then awarded by the Distinguished Service Medal.

3. De Wiart was a Modest Man Who Considered his Accomplishments as a Part of a War 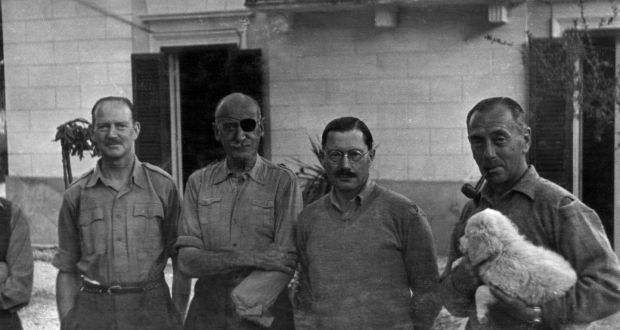 Victoria Gross is one of the prestigious awards within the British army. De Wiart joined the ranks of the British immortals during the battle of La Boisselle in 1916. It was around 3rd July when De Wiart and other officers led a bayonet charge across No Man’s Land. The other three officers died, and he took command of them.

He gave orders to men by waving around his walking stick. He ordered when German machine guns cut down his men. His autobiography did not include the winning of the Victorian Cross. Despite several achievements, he proved to be a simple man who wrote only about the war and considered awards as part of the war.

4. He Rejoined the British Army 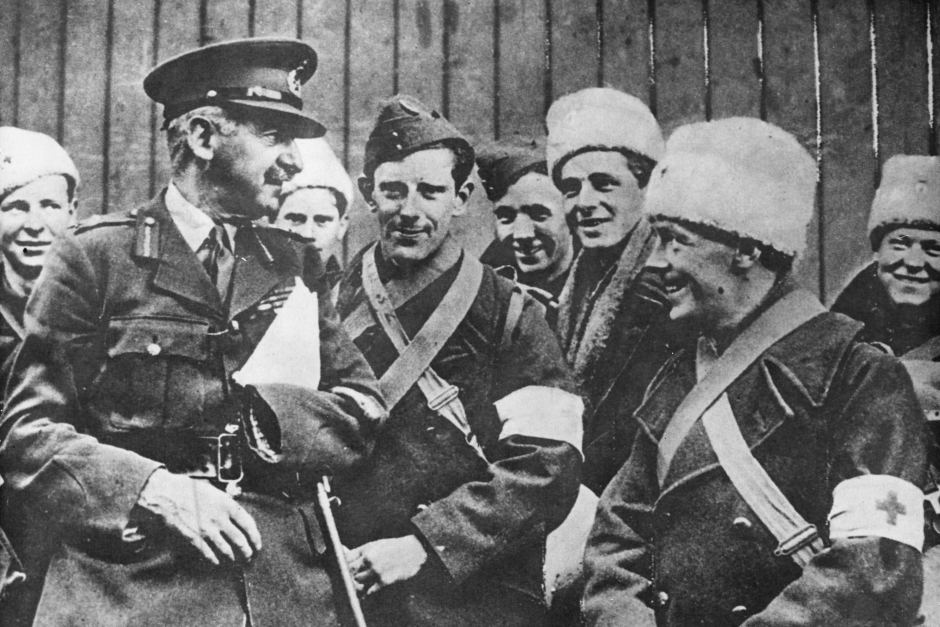 He left the army in 1923 as a major general. Before leaving Poland for Romania, he convinced Marshal Edward Ryd - Simgy to move all his men beyond the Vistula River, but his suggestion was not approved. However, they agreed to his suggestion when he said the Polish fleet to leave the Baltic and head for the UK. 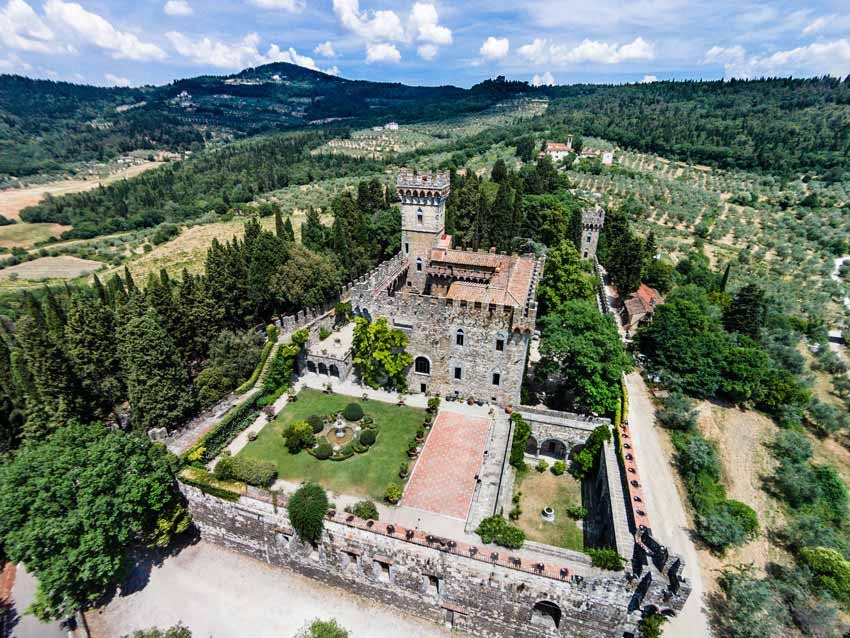 Adrian Carton de Wiart was one of the highest British Officers who the Italians kept inside Vincigliata Castle outside of Florence. Along with De Wiart, the other soldiers including General Sir Richard O’Connor had no intention to wait for the wars behind bars. He and others started planning to escape. Their plan includes climbing down to well and using a rope to scale the castle’s wall and drilling holes into it.

They dug a 60 ft tunnel into the castle in seven months. It was in March when they split into three teams and escaped. Some of the officers rode the Italian railways to reach Switzerland. This escape lasted only for eight days. After the removal of Benito Mussolini from power, the Italian captors dropped him off in the neutral city of Lisbon, Portugal.

6. De Wiart Cut His Fingers and Returned to Fight in the War 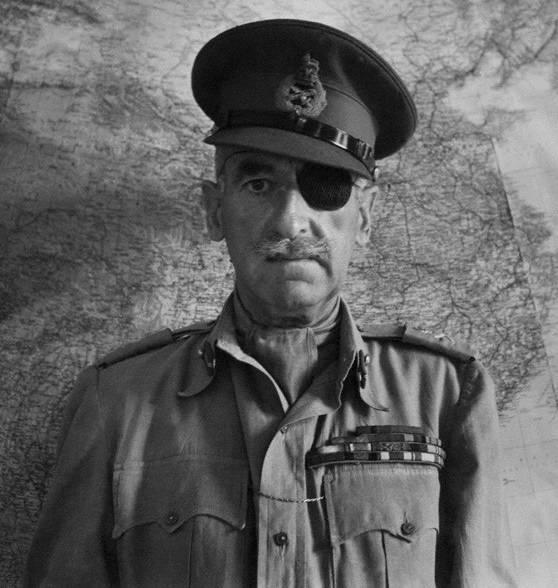 While recovering from illness, he made it clear to the doctors that he wanted to go to the Western Front. His wish got fulfilled when he landed in France to take charge of an infantry battalion.

The Second Battle of Ypres is known for the fight when the German Army deployed harmful gas like chlorine to break through Belgian and French defensive lines. It was during the battle when he suffered damage to his left hand. The doctors refused to cut and to amputate the hand.

Can you guess what did he do then? De Wiart broke his fingers and returned to the battle. This proves that he was one of the best and the bravest soldiers ever to serve in the army who did not care about himself while fighting for the country.

7. He was Also Involved in Negotiations Between Mao’s Communist Fighters and Chiang’s Nationalist Forces 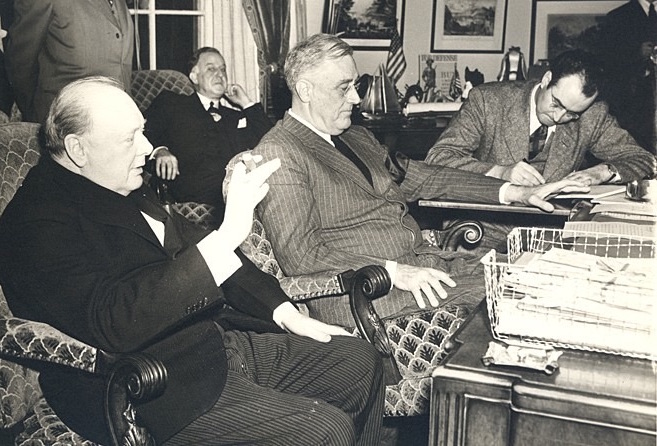 Adrian Carton de Wiart returned to the war in 1943. He was the special representative of the army. De Wiart’s first and last posting was China where he served as a Chiang Kai-shek until 1946. He was also known to travel India and then got busy fighting the Japanese in the northeastern part of the country. The war happening in Asia and De Wiart was involved in negotiations between Mao’s communist and Chiang’s nationalist forces. He as a devout anti-communist criticized Mao’s for not fighting the Japanese.

In 1945, he was a formal surrender of the Japanese force. Before retiring, he lived in the city of Nanking. After fighting in several wars and getting injured over ten times, he retired from the army in 1947.

Did you know these facts about De Wiart? Do you know any other soldier who fought in the war and never mentioned his achievements and awards in the books? Though he alone didn’t win the world wars, a man like him deserves more respect and mention in the books.