See how this architect digitally reconstructed old buildings that were once famous for significant reasons.

You feel amazed when you see historical monuments and the beauty they hold. Several countries are known for their colorful culture and fascinating heritage. Right from their magnificent architecture to a strong legacy, these unique monuments are famous worldwide.

Unfortunately, due to the weathering process and human activities, these pretty monuments deteriorate. Urbanization destroys nature and these monuments too. You can find several buildings from around the world deteriorating over time.

Apart from protecting the environment, protecting these monuments should also become the mission. UNESCO is protecting monuments that show a significant stage in human history and sets an outstanding example of human settlement. 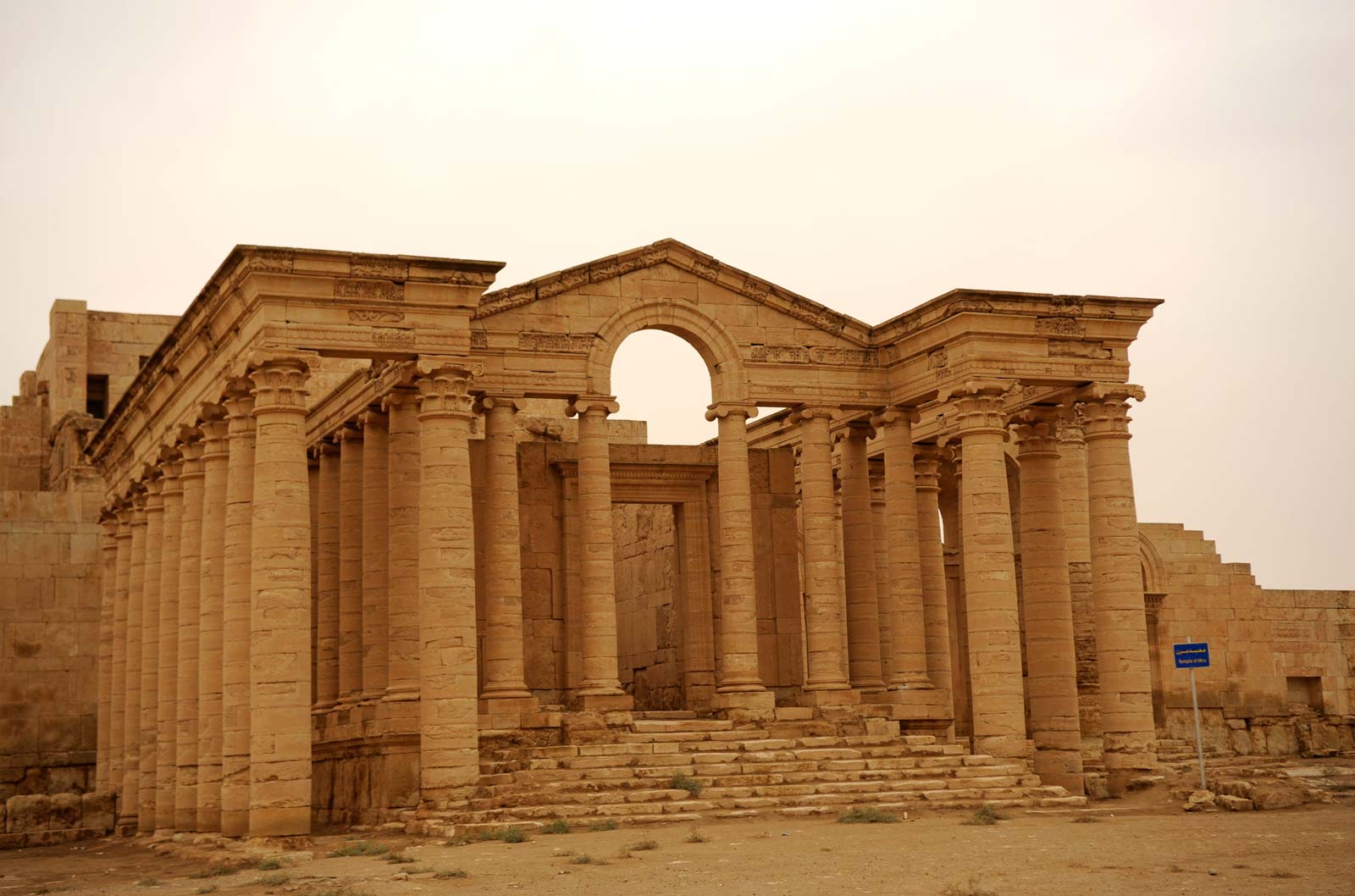 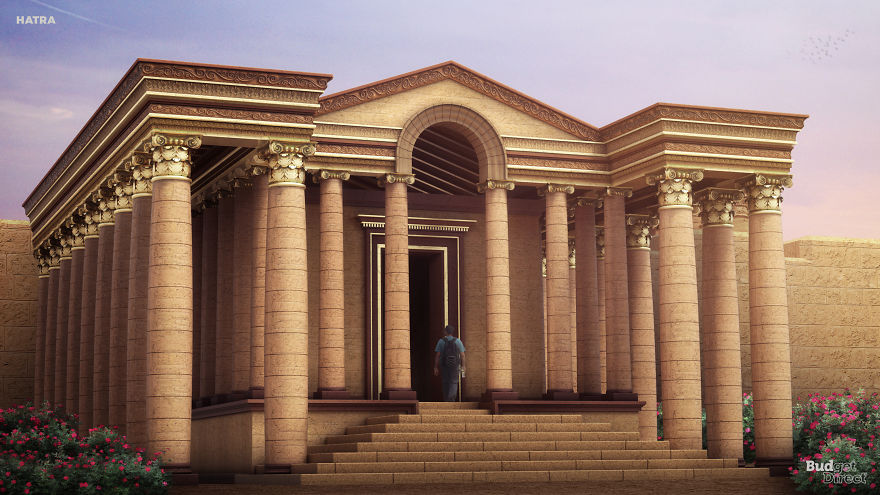 It was an ancient city in the Nineveh Governorate of present-day Iraq. The fortress was between the 3rd-2nd century BCE.

It withstood invasions by the Romans in AD 116 and 198. The remains of the city were Roman and Hellenistic architecture blended with Eastern features.

The Sāsānian king Ardashīr I ‘destroyed’ the city in the 3rd century, and the ruins went undiscovered until the 19th century. In 2015, UNESCO added Hatra to the list of the endangered list after militants fired bullets into towers and destroyed statues. 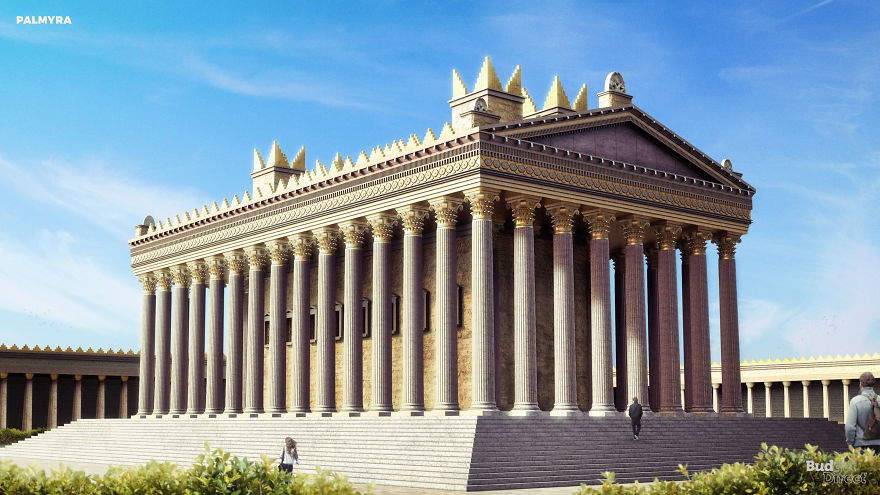 It is an ancient city in Syria and is located in an oasis in the middle of the Syrian desert, northeast of Damascus. The site also features theaters, temples, and residences.

The militants destroyed the Temple of Bel, the great Colonnade, and other structures. They also attacked Palmyra’s 92-year old antiquities chief to reveal the city’s artifacts for protection.

The architecture of Palmyra features Greco-Roman styles combining Persia and Arabia. The ruins of the structures there have cultural and historical significance. However, its treasures have been at risk due to different reasons. Palmyra was controlled by the Arameans from the second millennium BC. 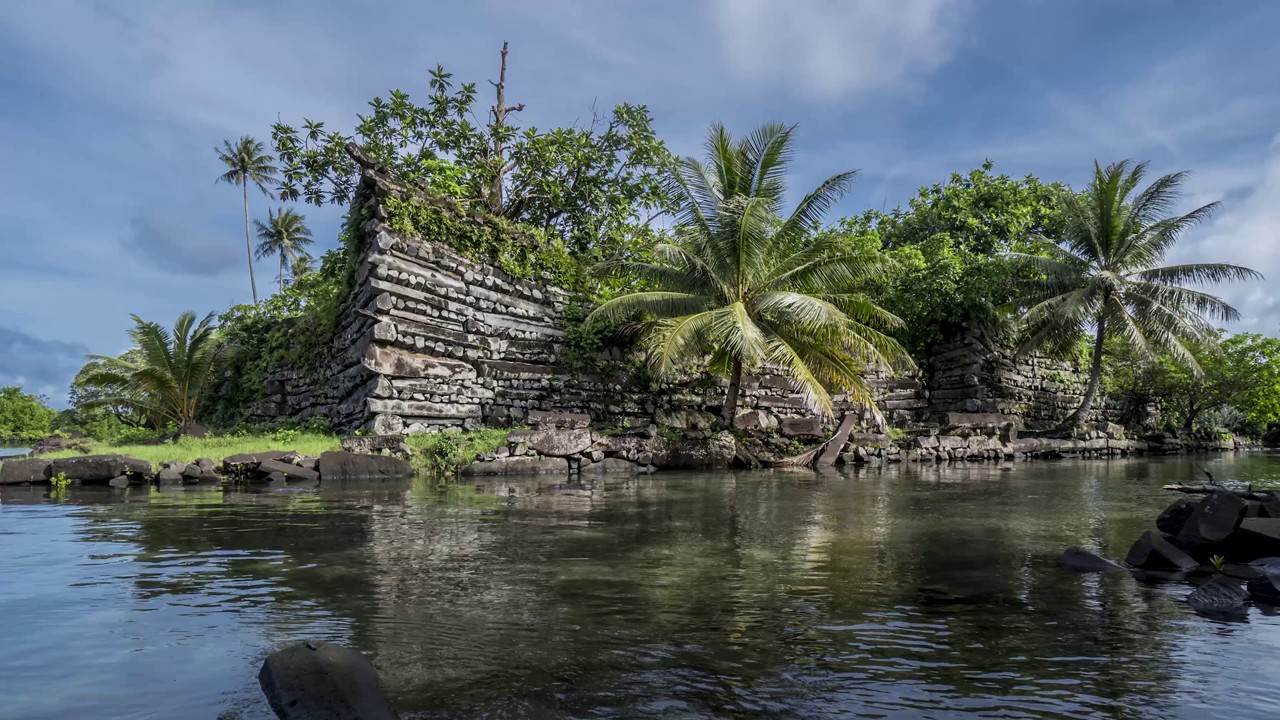 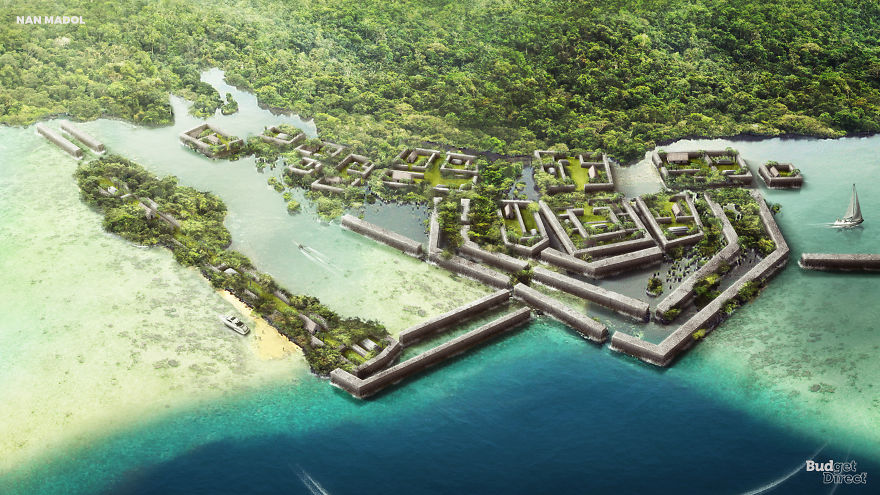 Nan Madol is a beautiful archaeological site adjacent to the eastern shore of an island of Pohnpei. It was the capital of the Saudeleur Dynasty until 1628. The ruined city is one of the archaeological enigmas and is also called Atlantis or Venice of the Pacific.

Nan Madol was constructed by Olisihpa and Olosohpa from the mythical Western Katau. It has been interpreted as the remains of the lost continents of Lemuria. Between 1200 and 1500 BC, islanders used coral boulders and basalt to build 100 islets off the coast of the main island. 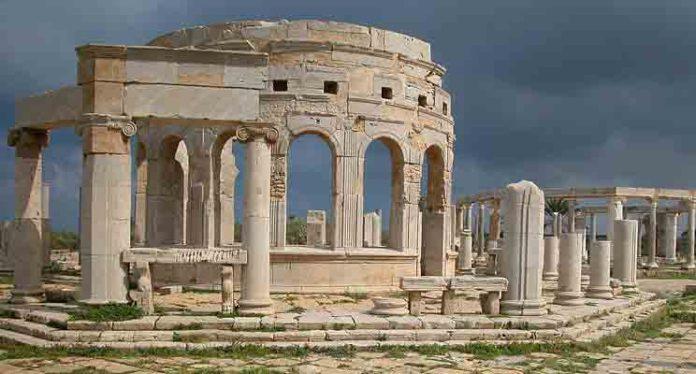 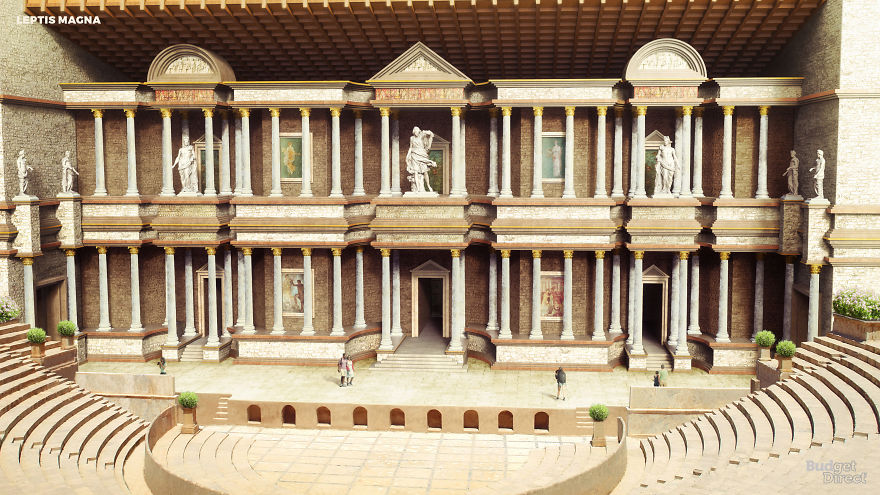 Leptis Magna, also known by other names, was a renowned city of the Carthaginian Empire and Roman Libya. The city was expanded under emperor Septimius Severus. When he was crowned emperor in 193 BC, he renovated his hometown and involved urban planning and architecture.

The city included theaters and other things, which were not seen in different cities. Today, the site is the most impressive ruins of the Roman period. 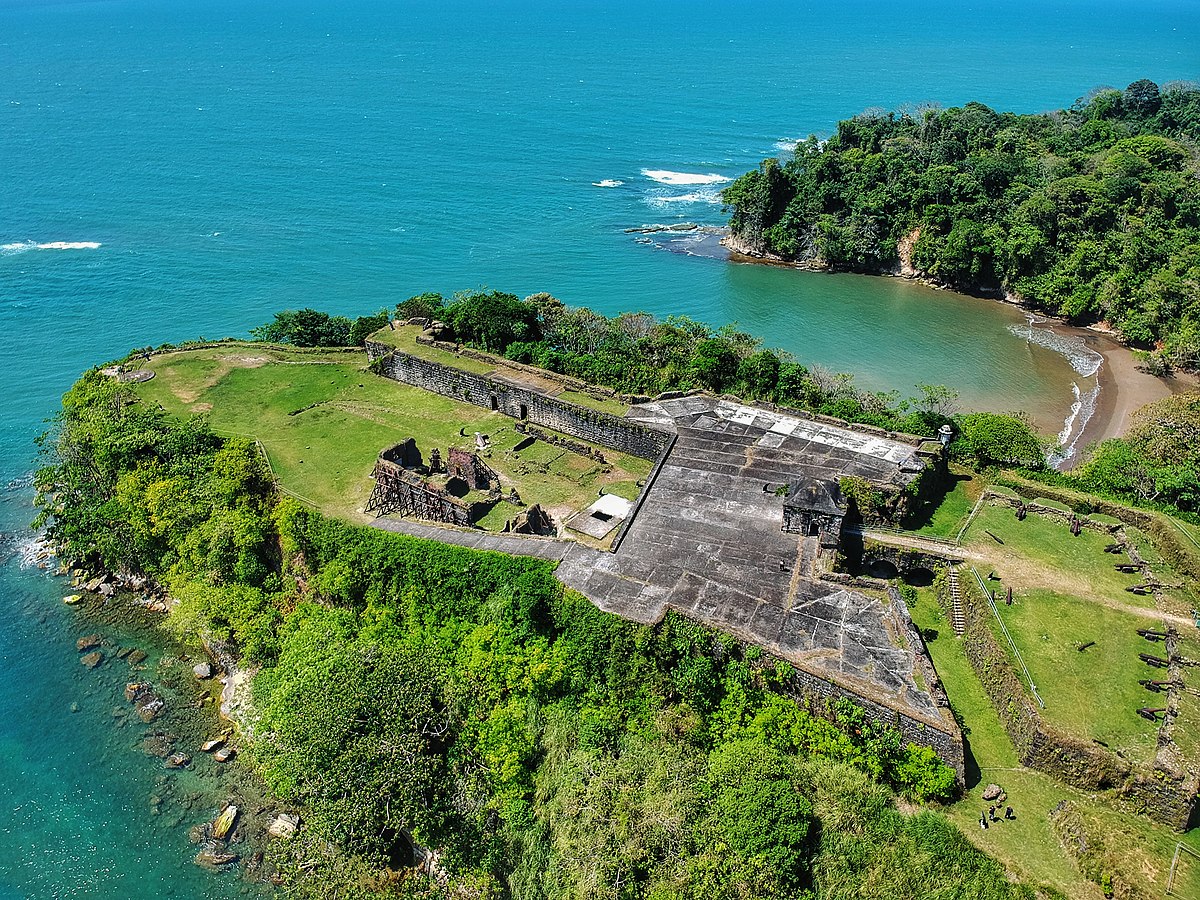 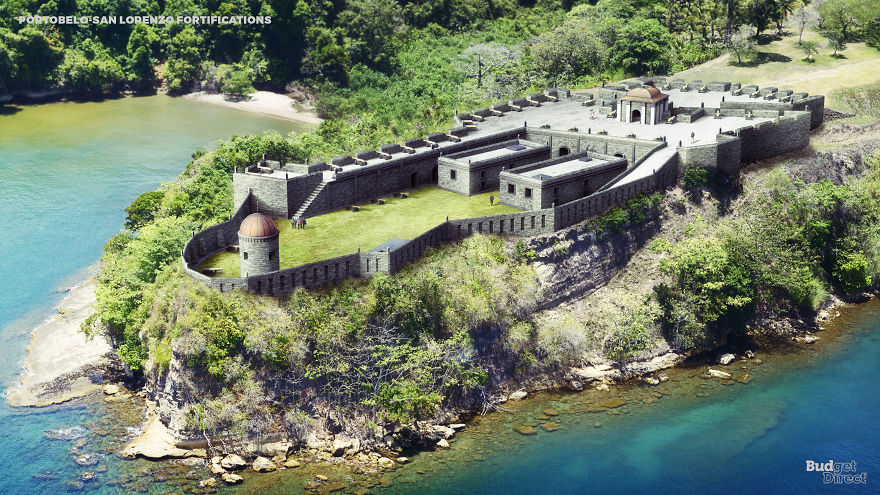 It was in 1597 when Portobelo was colonized by an explorer Francisco Velarde y Mercado. The Spanish removed the Panamanian town and defeated Vernon in the Battle of Cartagena de Indias in 1741. In 1990, its population was over 3000.

In July 2012, the UNESCO World Heritage Committee added Portobelo and Fort San Lorenzo on the list of dangerous sites.

6. The Old City of Jerusalem and its Walls (Jerusalem, Israel) 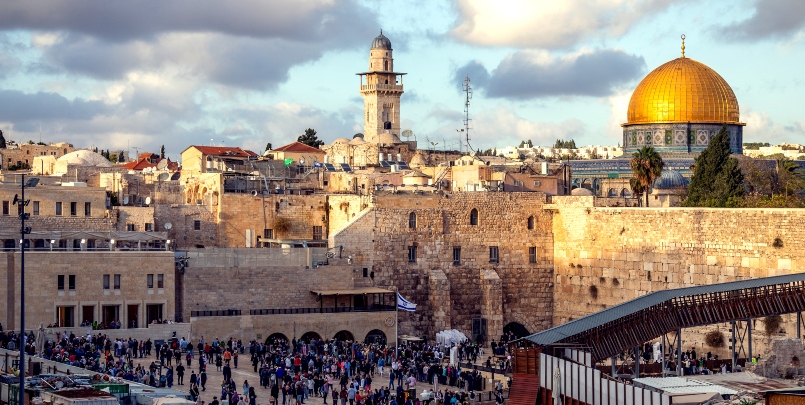 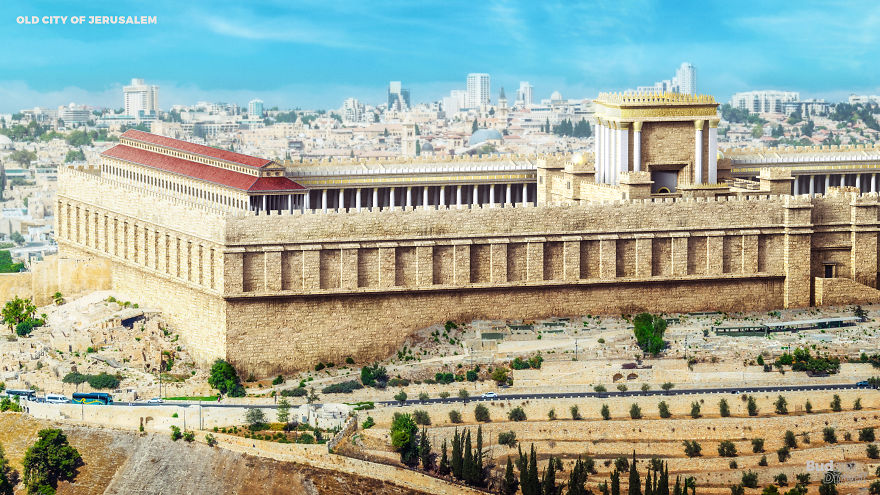 It is a home to several renowned structures built hundreds of years ago. The Old City is divided into four uneven quarters. The current designations, i.e., Muslim, Christian, Armenian, and Jewish quarters were introduced in the 19th century. As of 2007, the population here was over 40,000.

Have you ever visited any of these historical sites? These buildings were constructed thousands of years ago. Unfortunately, some of them are deteriorating and need help to intact their beauty.

These reconstructed structures portray the individual structure of the cities in the best possible way. Do you know ways of how these historical sites can be preserved? If so, share them.