The White House Press Secretary standing at the podium of the briefing room fielding questions from journalists; might seem lik... 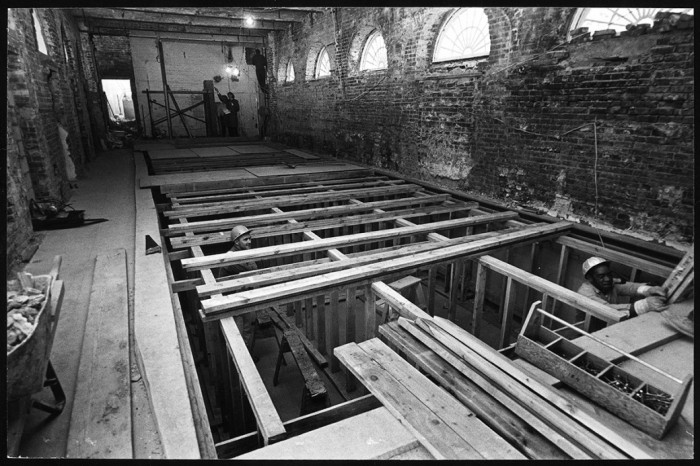 The White House Press Secretary standing at the podium of the briefing room fielding questions from journalists; might seem like a mundane routine thing to most of us and to the people participating there, unless everybody realized that they were sitting on swimming pool separated by a fake wall.

The indoor swimming pool at the White House was built for President Franklin D Roosevelt in 1933. It displaced a laundry room, FDR needed it for therapy swims for his polio-stricken legs. It was a modern-day showcase of technology, featuring underwater lighting, sterilizers, and the latest gadgets.

So, let's get to know the 14 facts about the hidden swimming pool of the President Franklin D Roosevelt 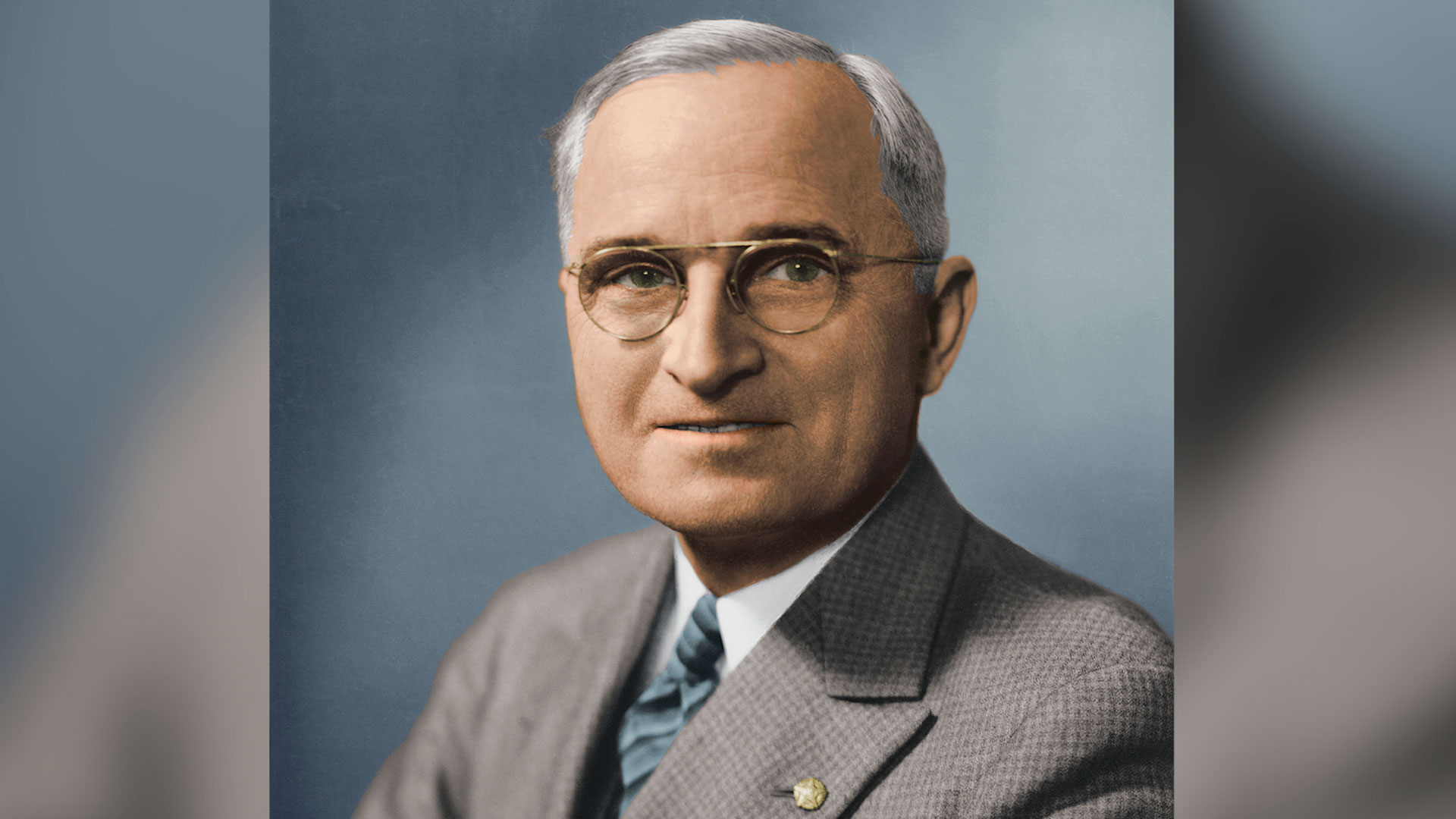 Harry S. Truman the 33rd President of the United States also swam in it while wearing his glasses. 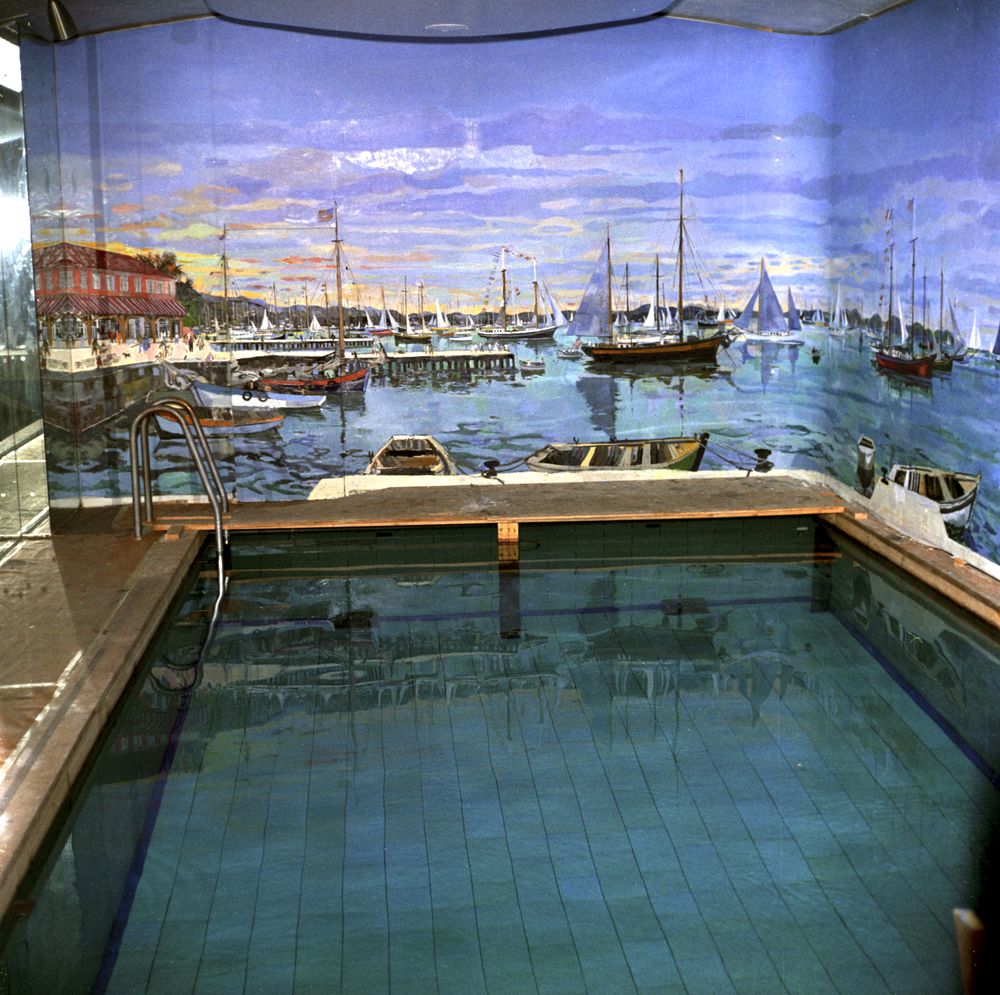 His father paid for an elaborate mural of sailboats in the Caribbean, which at one time covered three of the room’s walls.

3) JFK Used It At Noon And In The Evenings, Religiously 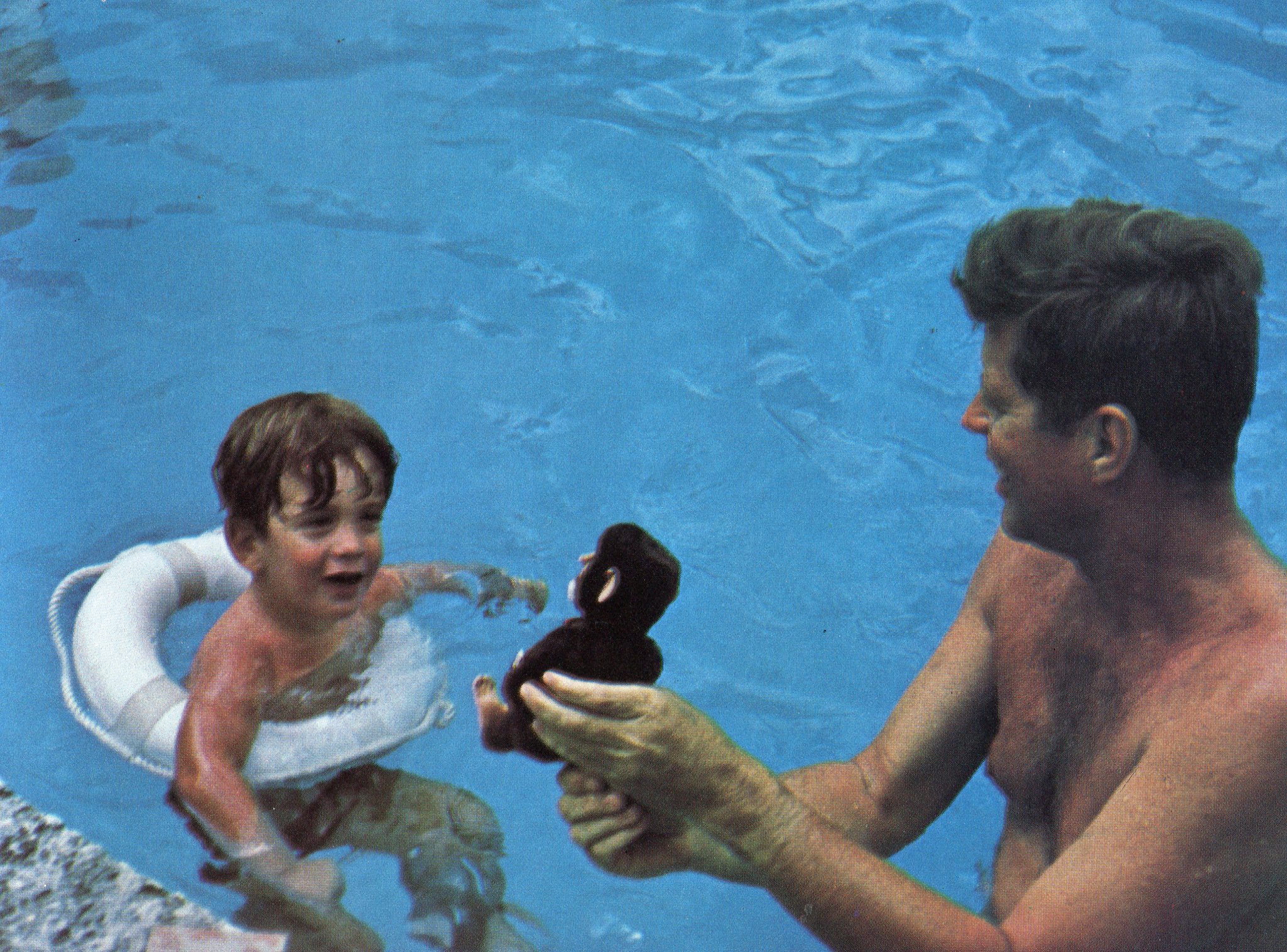 John F. Kennedy was the 35th President of the United States and also the youngest man elected to the office. If it weren't for JFK's assassination, things could have turned out to be different for the infrastructure of the White House and the US. 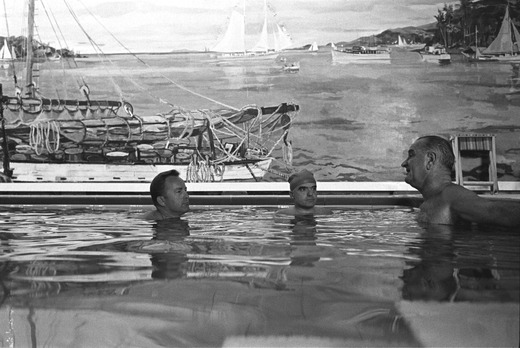 By the time Lyndon Johnson was in office, the walls were hung with bathing suits of all sizes so that any guest who fancied a swim could dive in.

5) It Was Made Possible Because Of A Polio Fundraising Campaign 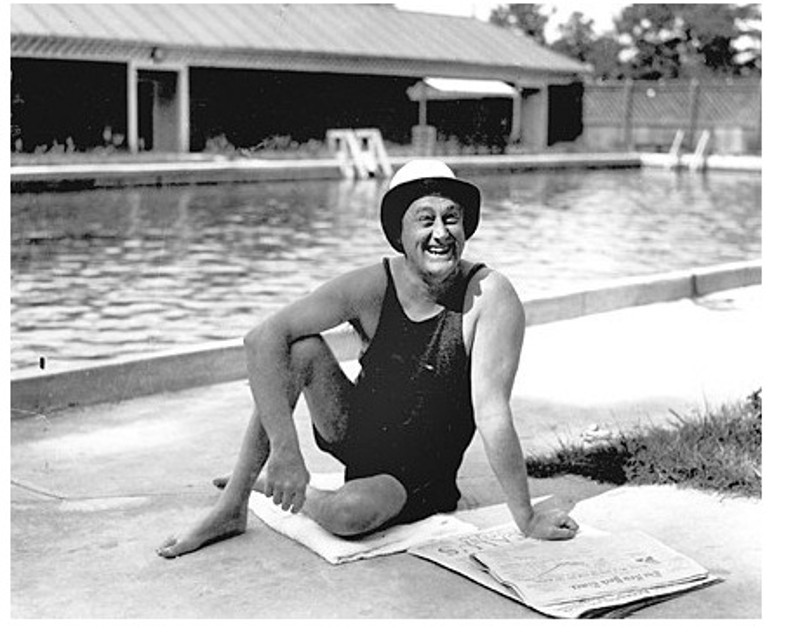 The White House swimming pool was installed in 1933, thanks to a New York Daily News fundraising campaign in aid of President Roosevelt, a New Yorker who suffered from debilitating polio. 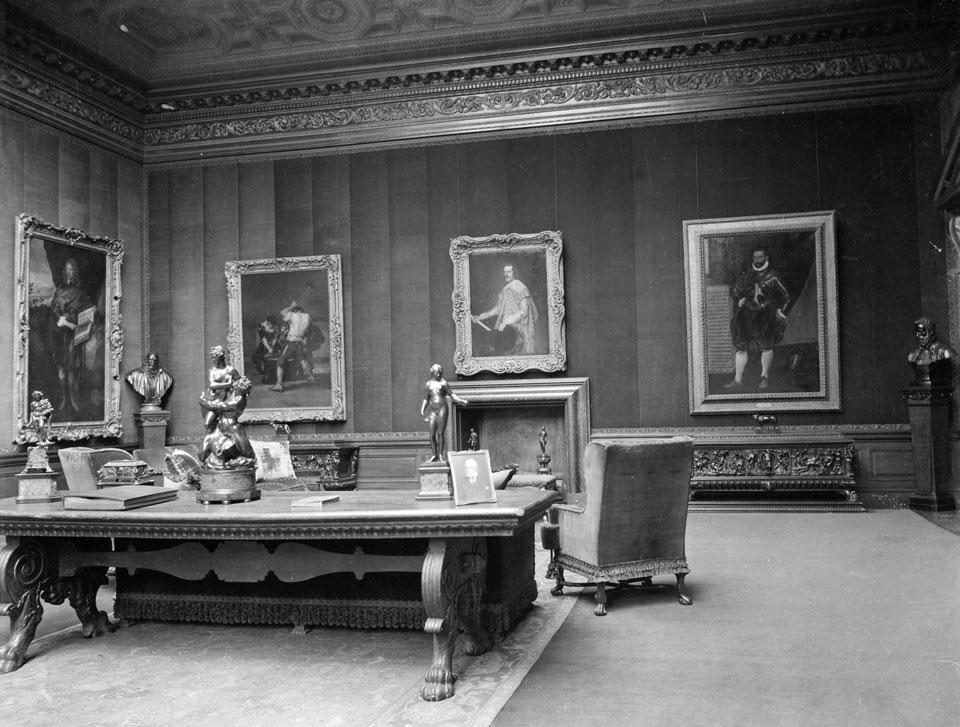 FDR regularly swam in therapy pools around his native city, enjoying the exercise that swimming afforded him. The pool was built into the old laundry rooms in the west gallery between the White House and the West Wing.

7) The Pool Was Equipped With Technology Ahead Of Its Time 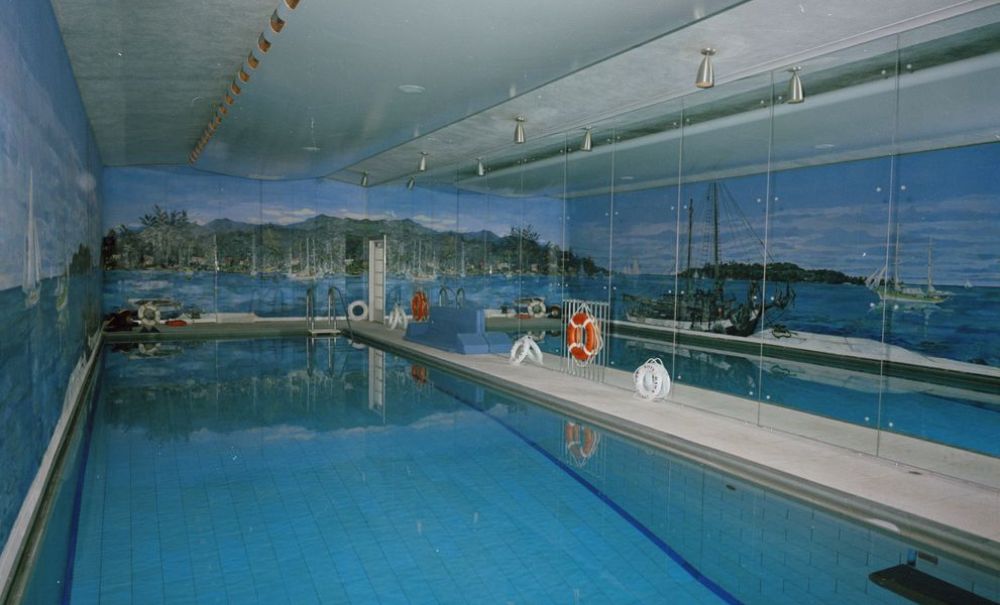 The president’s pool was a modern-day showcase of technology, featuring underwater lighting, sterilizers and the latest gadgets.

8) Most Of The Murals Were Made By Bernard Lamotte 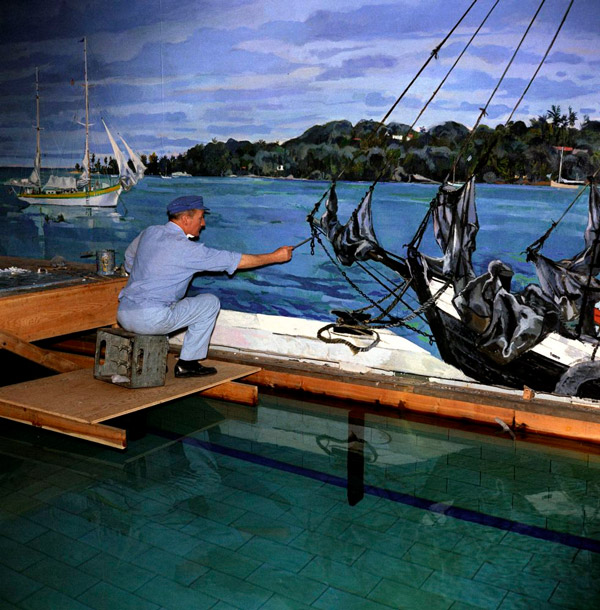 When JFK took office, the White House swimming pool was decorated with a huge mural by Bernard Lamotte of a Caribbean scene featuring a calm sea and sailboats.

9) Richard Nixon Didn’t Like To Swim That Much, So He Made It A Press Briefing Room 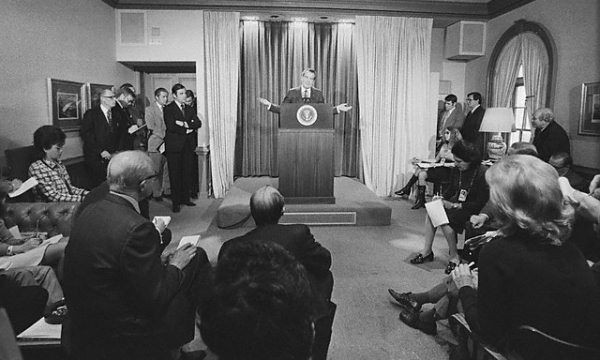 In 1969, to accommodate the growing number of reporters assigned to the White House, President Richard Nixon had the indoor swimming pool covered to set up press offices and what is now the press briefing room.

10) So, The Pool Was Drained And The Room Was Covered With A Roof 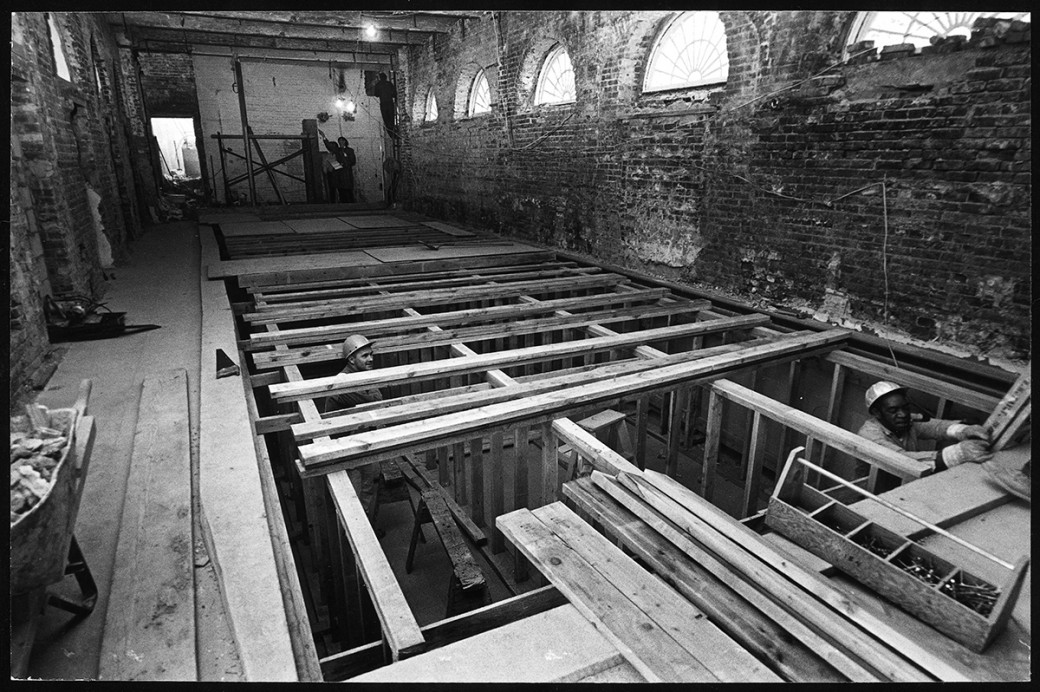 Forty years after it was built, President Richard Nixon who preferred bowling to swimming decided to convert the old White House swimming pool into an auditorium, to accommodate advancing technology and the increasing demand for television news.

As a result, Nixon drained the pool and had a floor installed over the top. 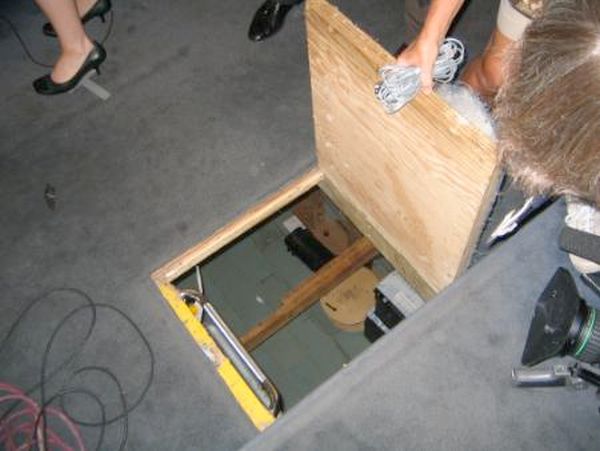 Though a hatch near the podium allowed access to this hidden relic of White House history.

Nowadays, a small staircase has replaced the hatch.

12) Visitors Often Take A Tour Of This Hidden Room 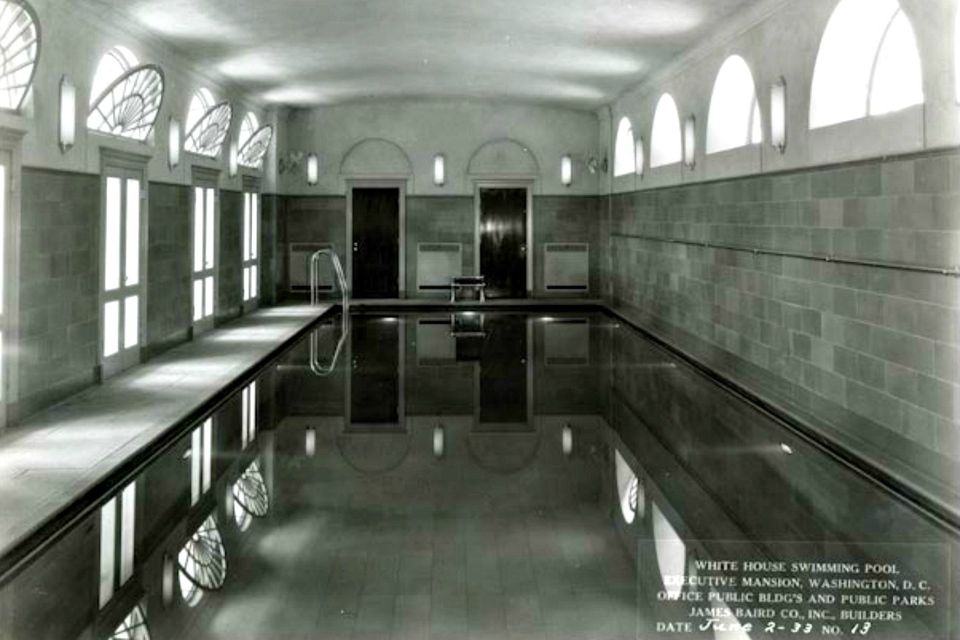 The abandoned swimming pool still very much exists and has proved a popular offbeat attraction on tours of the building.

13) After All This Time, It Smells Of Chlorine 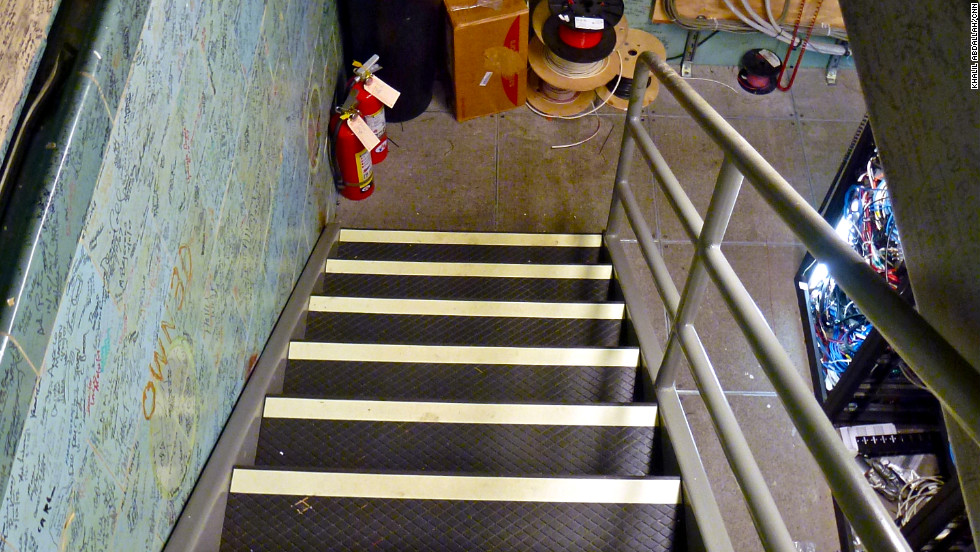 Those lucky enough to venture down will find the old White House swimming pool full of computer servers and other communications equipment. Atlas Obscura even reports that “after decades, it still smells like chlorine.” 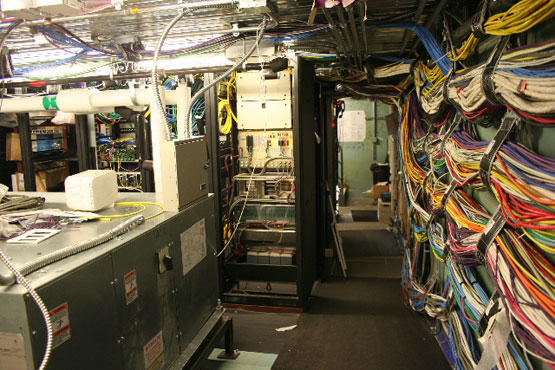 Today the empty abandoned pool houses a computer server for the press.

5 Reasons Behind the Mysterious Death of Alexander The Great