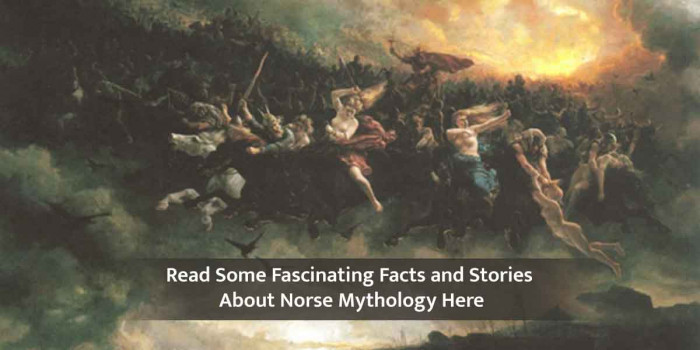 How well do you know about Norse Mythology? You might have watched movies of Thor or have read about Odin in books. But what about other Norse Mythology facts/stories that are not published in books? Do you know the Norse mythology is described as having a tri-centric structure? What you have watched in movies is a small part of Norse Mythology; in reality, it is a vast chapter that it would take a significant amount of time to know everything about it.

Most of the tales in the Norse mythology revolve around the gods like Loki, Thor, Odin, and more. But the most surprising fact about Norse mythology is that like everyone is related to some religion like Hinduism, Islam, Christianity, or Buddhism, the Norse and most of the Germanic people don’t belong to any religion. People who followed it called it a tradition. Read more about the Norse people and facts related to Norse mythology below.

1. Ratatoskr Job was to Carry Messages Between an Eagle and Dragon at Opposite Ends of Yggdrasil Ratatoskr is a squirrel in Norse mythology, which runs down to the Yggdrasil (the great world tree) to carry the messages between the eagle and Níðhöggr (a dragon) who lives on one of the roots of the tree. Ratatoskr is a red squirrel with long ears.

Some people believed that the squirrel planned was to destroy the life of the tree. He alone was not enough to damage the tree, so he manipulated the dragon and eagle to fight with each other by attacking the tree. He succeeded in doing the damage to the tree.

It is difficult to understand why the squirrel chose to play the role of fussy messenger. Maybe squirrels are known for being aggressive and would be perfect to pass the vicious messages.

2. Sleipnir Became the Best Horse Among Gods and Men 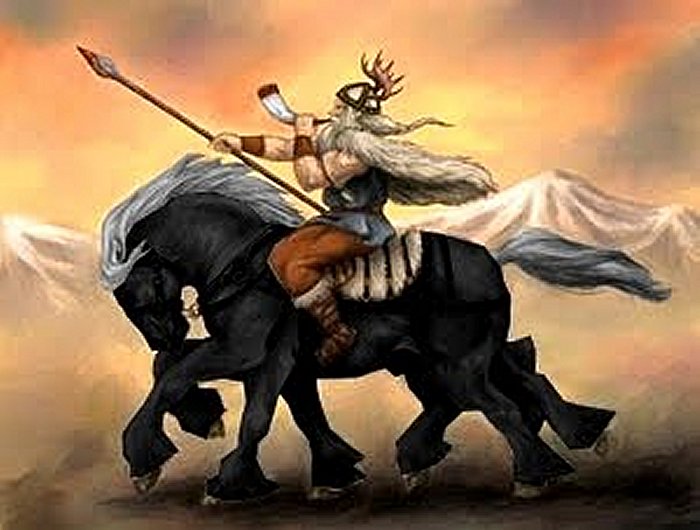 Sleipnir, an 8-legged horse, is considered to be the best horse among gods and men. Sleipnir’s name derives from the Icelandic word Sleipur or slippery, which translates to The Runner. It is a modern version of the miraculous horse with its eight wheels to carry heavy shovels.

Sleipnir’s name can also be found in the riddle in the 13th-century legendary saga Hervarar saga ok Heiðreks in the book I Gesta Danorum written by Saxo Grammaticus.

In modern times, it appears in Icelandic folklore as the creator of Ásbyrgi in works of software, literature, and the name of ships. Sleipnir is the child of Loki and Svaðilfari. It is the favorite horse of Odin (the king of the Æsir).

3. Goddess Freyja has a Chariot That is Pulled by Two Cats 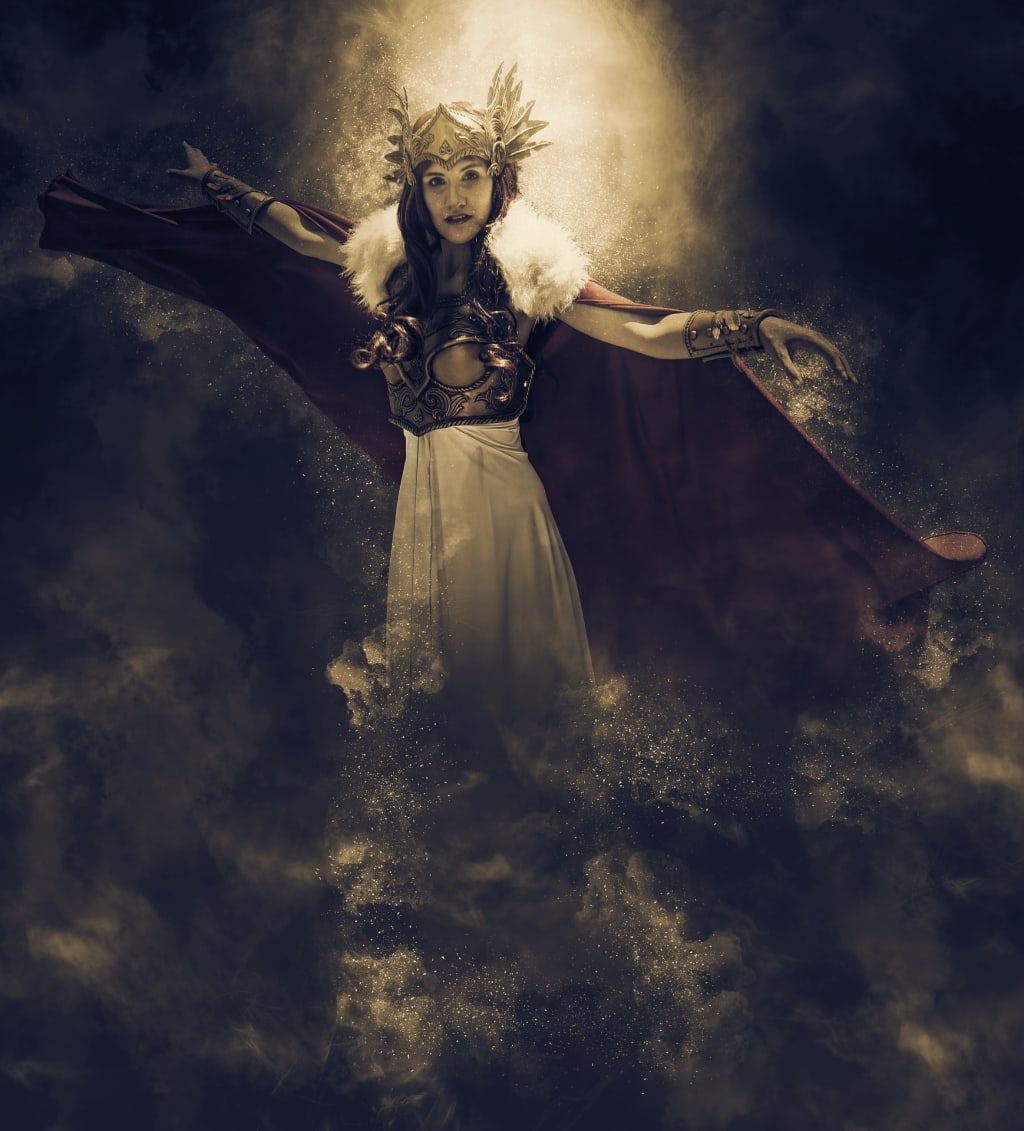 In Norse mythology, the Goddess Freyja has two daughters Hnoss and Gersemi. The goddess is associated with death, love, gold, and fertility. She is the owner of the necklace Brísingamen and drives a chariot that is pulled by two cats.

According to legends, when Freyja was wandering, she saw four dwarfs were making the most beautiful necklace. She told them to pay anything (gold and silver) to get that necklace. But they didn’t agree and told her to sleep with each one of them. She refused the condition but wanted that necklace at any cost, so later agreed to their deal.

Freyr (Freya’s brother) is associated with sunshine and good fortune, and fine weather. Freyja is a member of the Vanir, a group of gods related to fertility, magic, and wisdom. Do you know Freyja has been the most common girl’s name until the 19th century? Not only this, several plants in Scandinavian are named after Goddess Freyja.

Freyja is also mentioned in the Poetic Edda, which is compiled in the 13th century from traditional sources. She is also featured in several paintings and Wagner’s opera cycle, The Ring. Do you know besides Freyja, several gods are known for destruction and death?

4. Naglfar (a Ship) was Made from the Fingernails and Toenails of the Dead 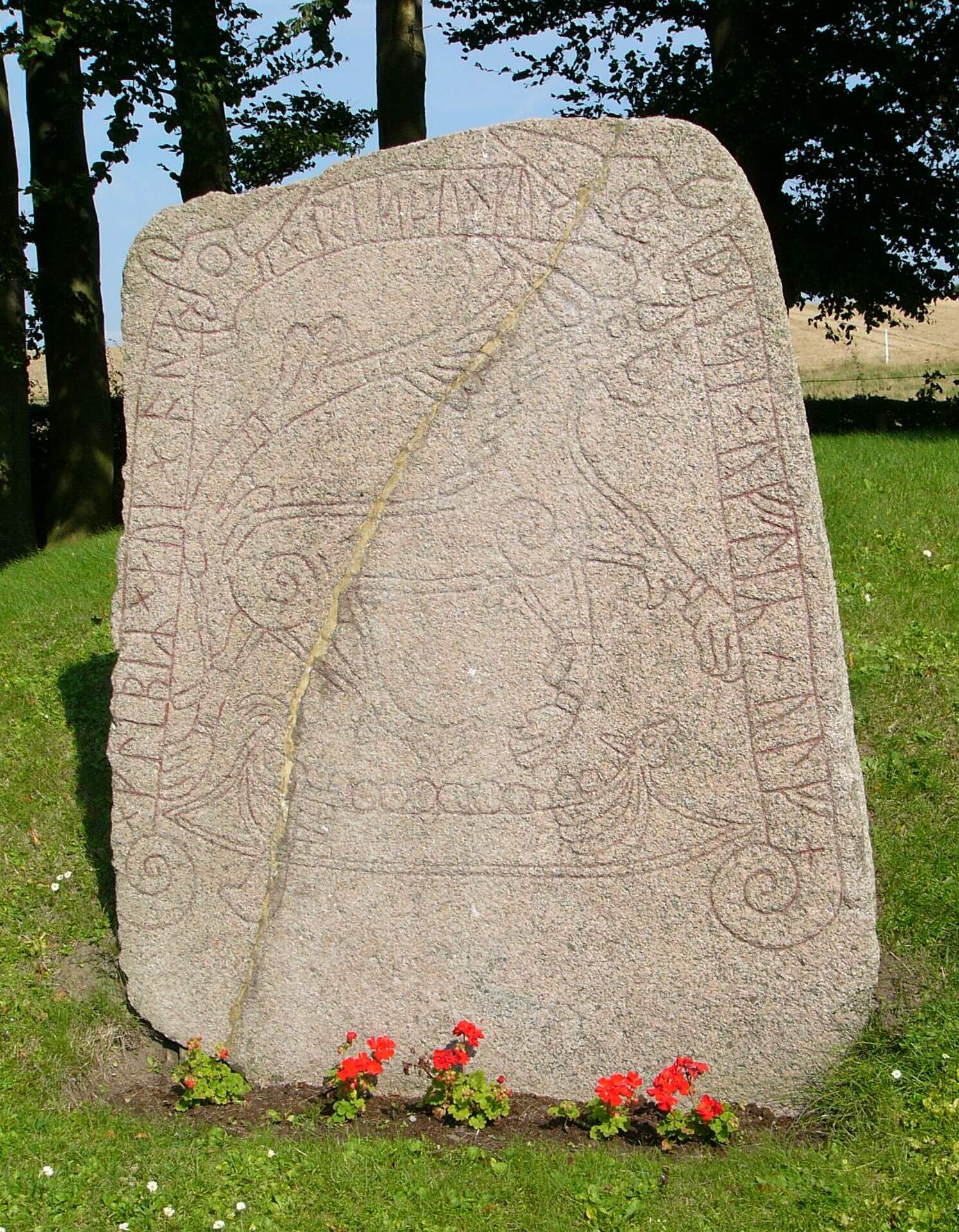 Naglfar or nail farer, in Norse mythology, is a huge boat made of nails. During the events of Ragnarök (series of future events), the ship was made to carry hordes to the battle of the Gods.

It is navigated by the giant Hymir and takes sons of Muspell to their fight with the gods. The ship is also featured in the archaeological runestone. It shows the giant wolf above the Naglfar ship.

5. Odin is the Father of All Gods 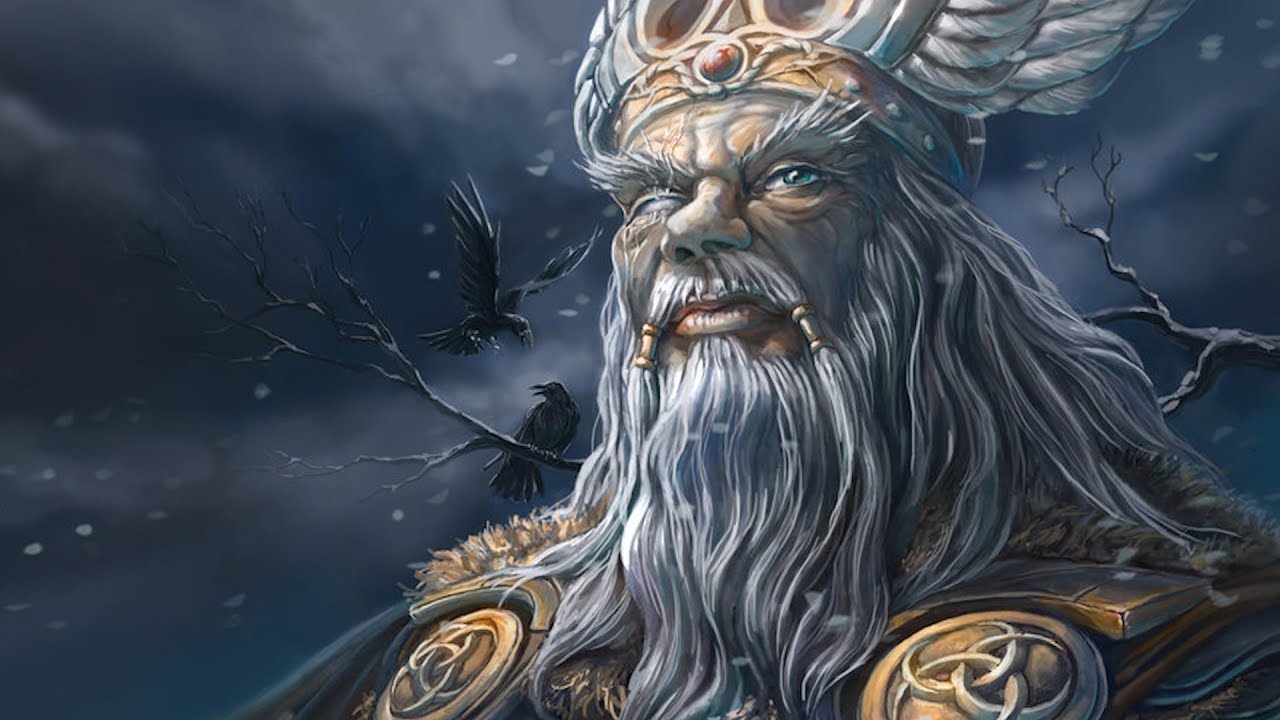 In Norse mythology, Odin is the god of death, magic, poetry, and wisdom. Odin is the chief of  Æsir and the king of Asgard, who got married to the goddess of Frig, and is accompanied by two ravens Muninn and Huginn and the wolves, Freki and Geri.

In Old texts, he is described as the one with a long beard and one-eyed. He has a little concern over communal values such as respect for law and justice. He is not only a war-god but also a poetry god who is worshipped by those in search of nobility and honor, but still, he is cursed for being a fickle trickster.

Odin rides an 8-legged horse Sleipnir, and his famous spear is called Gungnir. He has one eye because he sacrificed one eye to drink from the fountain of wisdom to gain knowledge. In German, he is named Oden, and in English, it is called Woden. He played a crucial role in the creation of the world. He was involved in the affairs of humans to excite violence.

It is also believed that he could cause battles only by throwing his spear. His relationship with Loki, Frigg, has also been an interest of several German Studies. Odin is a popular character in Marvel Comics and was played by Sir Anthony in the film Thor.

6. The Most Popular God Amongst the Scandinavians is Thor 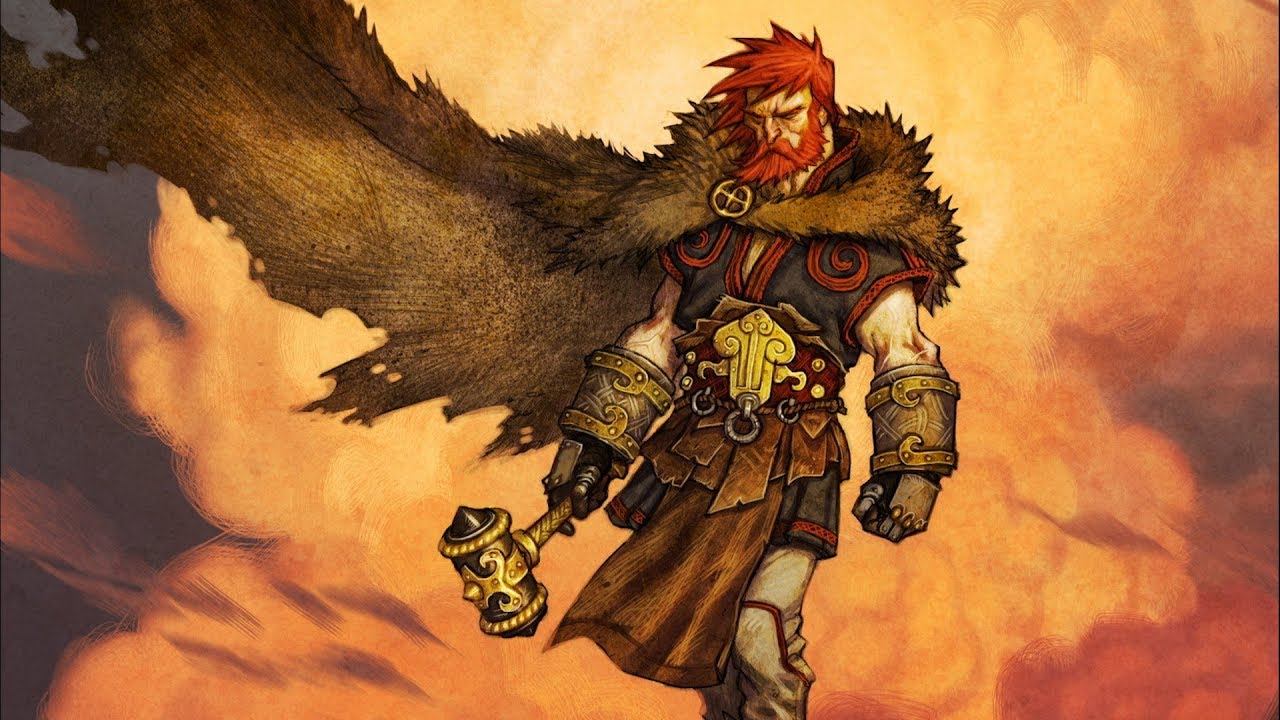 Thor is a warrior god and the son of Odin. He is popular for being linked to lightning, strength, thunder, and storms. He has several names in  Norse Mythology. He is described as having red hair, a red beard, and fierce eyes. He rode a chariot that is pulled by two goats. He carried a hammer, which was built by the dwarfs, and that could crush the mountains. He also had iron gloves and a magical belt through which he killed his enemies.

The giant goats that drove chariot are called as Tanngrisnir and Tanngniost. Besides being related to lightning and thunder, he was also considered as the god of hallowing and fertility. Eating and drinking was Thor's favorite past time. Do you know several places across the globe are named after this warrior god? For instance, Mount Thors in Canada and Thor Fjord in Greenland are named after Thor.

Based on Norse mythology, Thor is a famous character in the Marvel universe created by Jack Kirby, Larry Lieber, and Stan Lee.  He is one of the avengers and is modeled on the Norse god of the same name. If you love reading a comic, then here is the list of the best Marvel comics that you should read if you haven’t yet.

7. Frigg is the Most Famous Norse Goddess 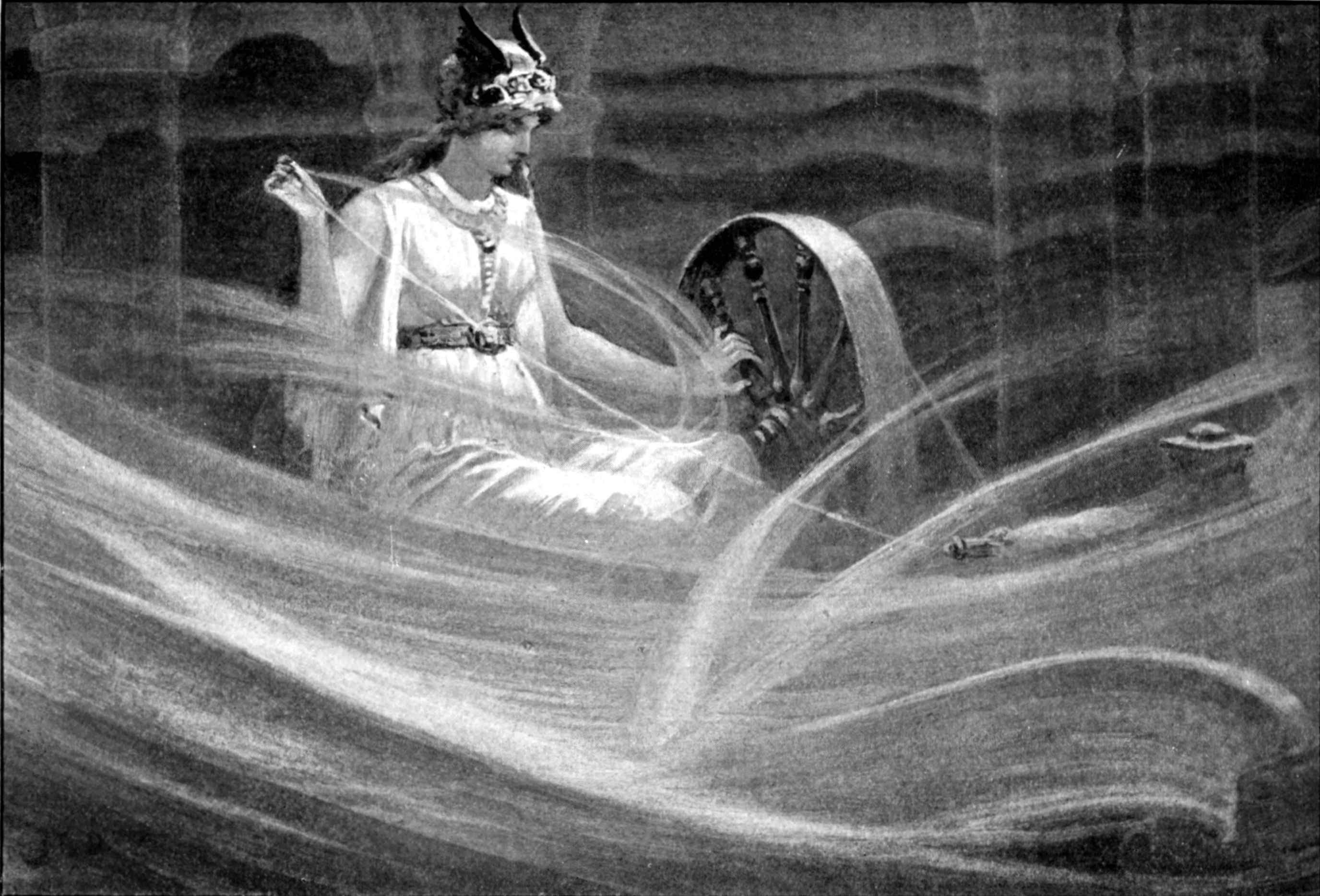 The wife of Odin, who is Frigg, is the queen of Aesir and the goddess of the sky. She was associated with motherhood, domestic arts, fertility, and love.

She gave birth to Balder, who was everything in her life. She was extremely protective of him and became fearful after he dreamt of his death. She went everywhere around the world and demanded that Balder should not be harmed.

Unfortunately, she was unable to ask for protection from mistletoe. When the god threw anything over him, the objects bounced off and never hurt him. One day Loki gave a dart made from mistletoe to Balder’s twin brother Hoor (who was blind), he told him he would help him to play with Balder. When he threw the dart, it didn’t bounce off and killed him instantly.

He was the god of peace, justice, and forgiveness. Frigg is described as a strong spirited woman. She played a strong role as a wife in Norse mythology. She was calm, and her main symbols were a full moon, mistletoe and silver, and the spinning wheel. Here are other powerful goddesses in the mythological world.

8. Ullr is Considered to be the Eldest God in the Norse Pantheon 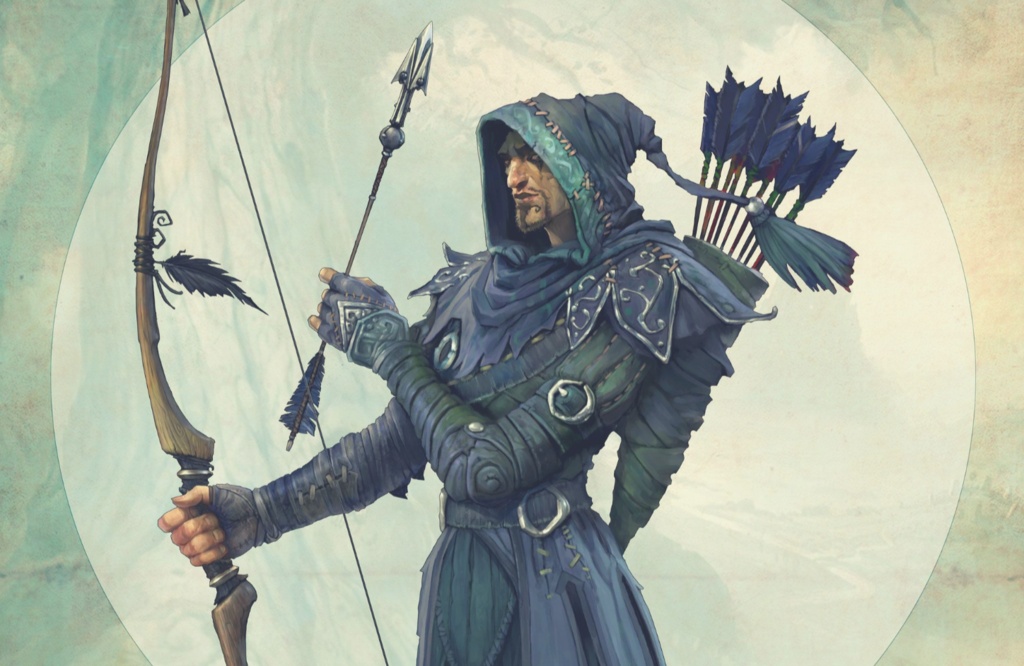 Ullr is the son of Thor and Sif. He is considered to be the god of sports because he is a great archer and skier. You won’t believe it, but he could shoot an animal while skiing down the mountains. He got married to Skadi, the goddess of winter and the ex-wife of Njord.

Ullr’s name comes from an old High German word wuldor that means glory. Not much is known about Ullr, but it is sure that he is an important deity in the Norse Pantheon.

9. Thrymr Stole Thor’s Hammer and Agreed to Return If Only He Would Give Freyja to Him 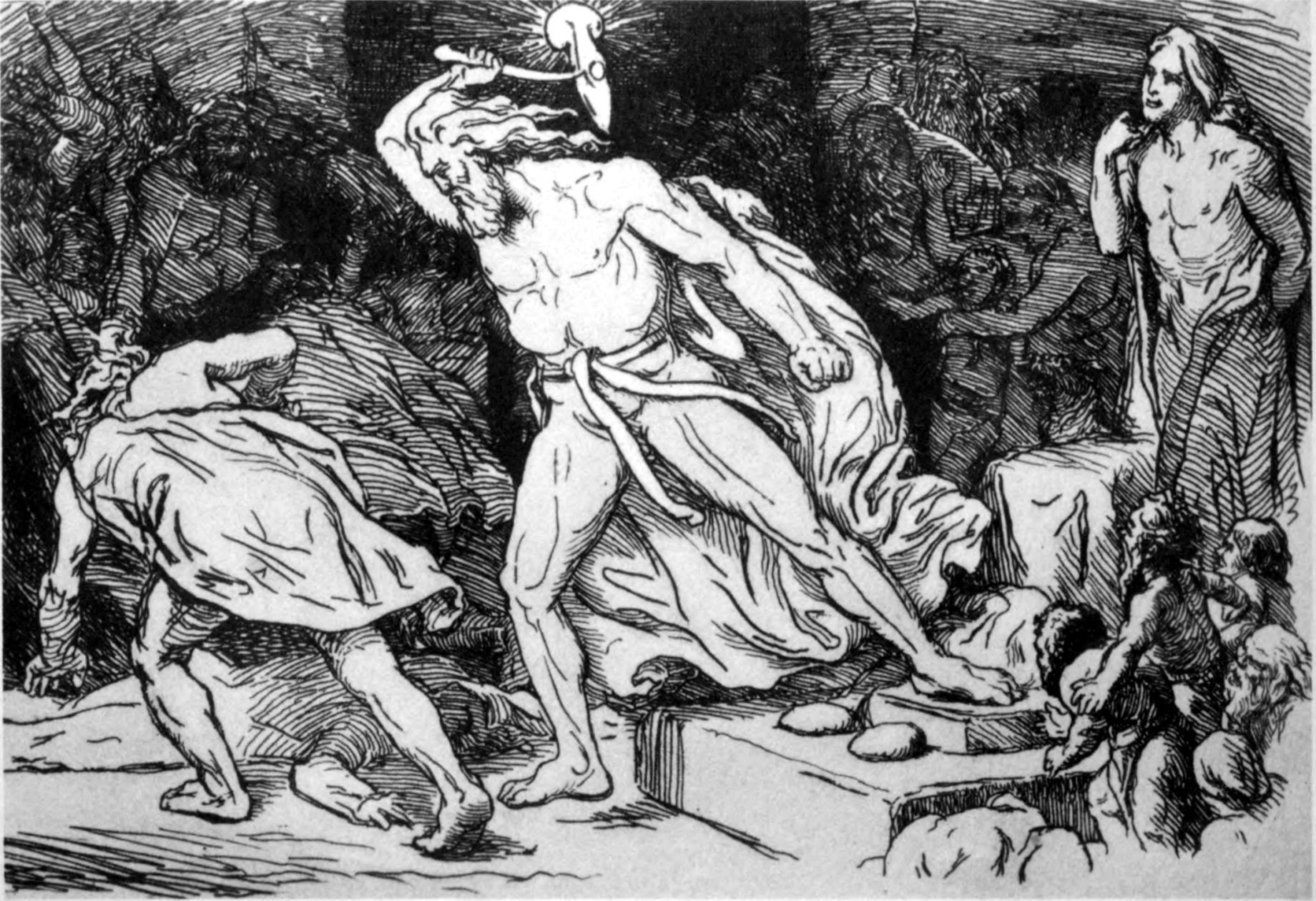 You know that Thor was overprotective of his hammer, Mjolnir. But one day, the king of all giants Thyrm stole the Mjolnir. He put the condition and told him to return the hammer only if he would give Freyja in marriage to him. Thor and Loki agreed on the condition, but Freyja refused to do this. So, Loki and Thor dressed as a woman in queens’ attire.

He got married to Thor and placed the hammer on his wife’s lap. After that, Thor revealed himself and killed everyone present at the place.

10. The New World Was Created by Ymir’s Body Parts 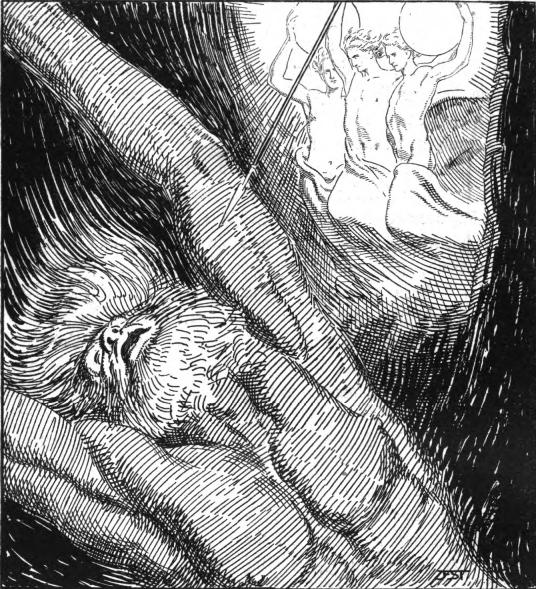 Odin, along with his brother Vili and Ve, planned to create a new world after the empty-space was destroyed and resulted in the birth of Ymir. They slew Ymir and used his skin to make the earth, skull to make the sky, and blood to create the sea. The clouds were formed from his brain, and stones were created from his teeth and bones.

11. According to Norse Religion, the First Human Couple was Embla and Ask 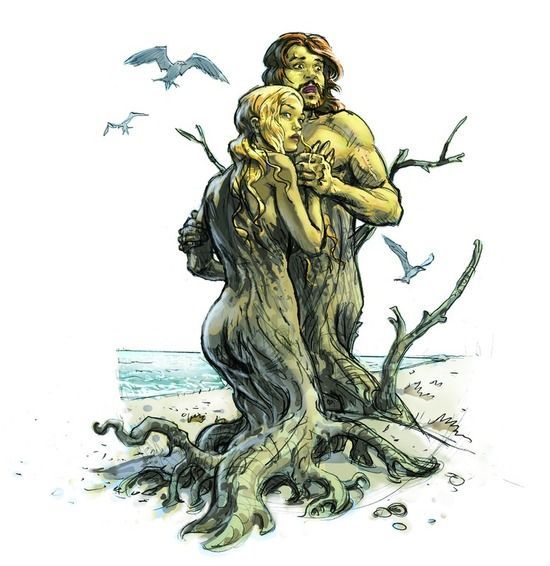 12. The Concept of an Afterlife in Norse Mythology is Complex 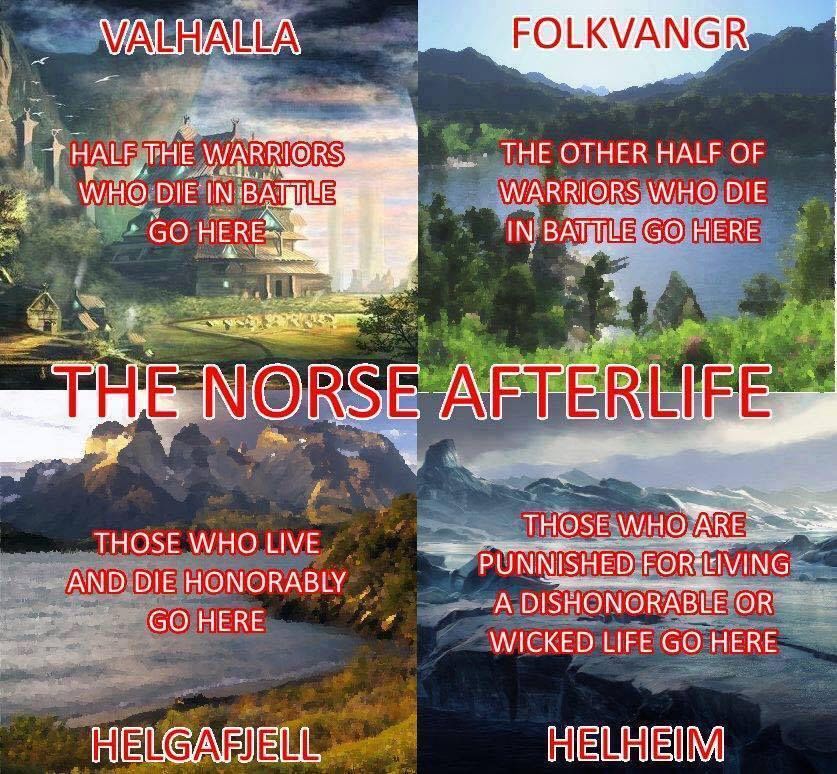 According to Norse religion, if a person died, then he/she goes to one of the four places, namely, Folkvang, that is reserved for the people dying in the battle, Hel for those who had lived dishonest lives, Helgafjell, the underwater heaven for people that died at sea, and Valhalla where all heroes chosen by Valkyries live as celebrated warriors.

But there is no explanation about what they do there and reach such places. Here are more interesting things that you might want to know about the Viking funerals and the afterlife.

Norse Mythology includes the stories of gods, goddesses, and their power. It has stories that are shared by Northern Germanic tribes.

It has no scripture (religious text). Our knowledge about Norse mythology is based on medieval texts and Eddas.

Do you know other facts and stories about Norse Mythology? If so, then don’t forget to share them with us.

10 Goddess of Love and Beauty from Different Mythologies & Their Stories