11 Historic Homes With Amazing Stories That You Might Not Know

Do you love to explore historical monuments and unique buildings? If so, then you would love reading about these strange historic houses. 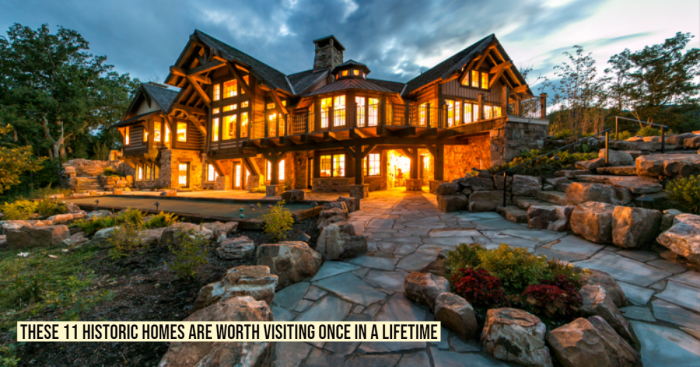 Just like everyone has his/her story, houses also have some interesting details that are hidden from the public. Not every house that you see has a beautiful garden and an awesome view. While some houses have haunted stories, others are sold at an expensive tag.

Some homes in the world are not owned by famous personalities but became the topic of the town for its inimitable architecture and spectacular design.

Let us read about a few historic homes that still attract millions every year from around the world. 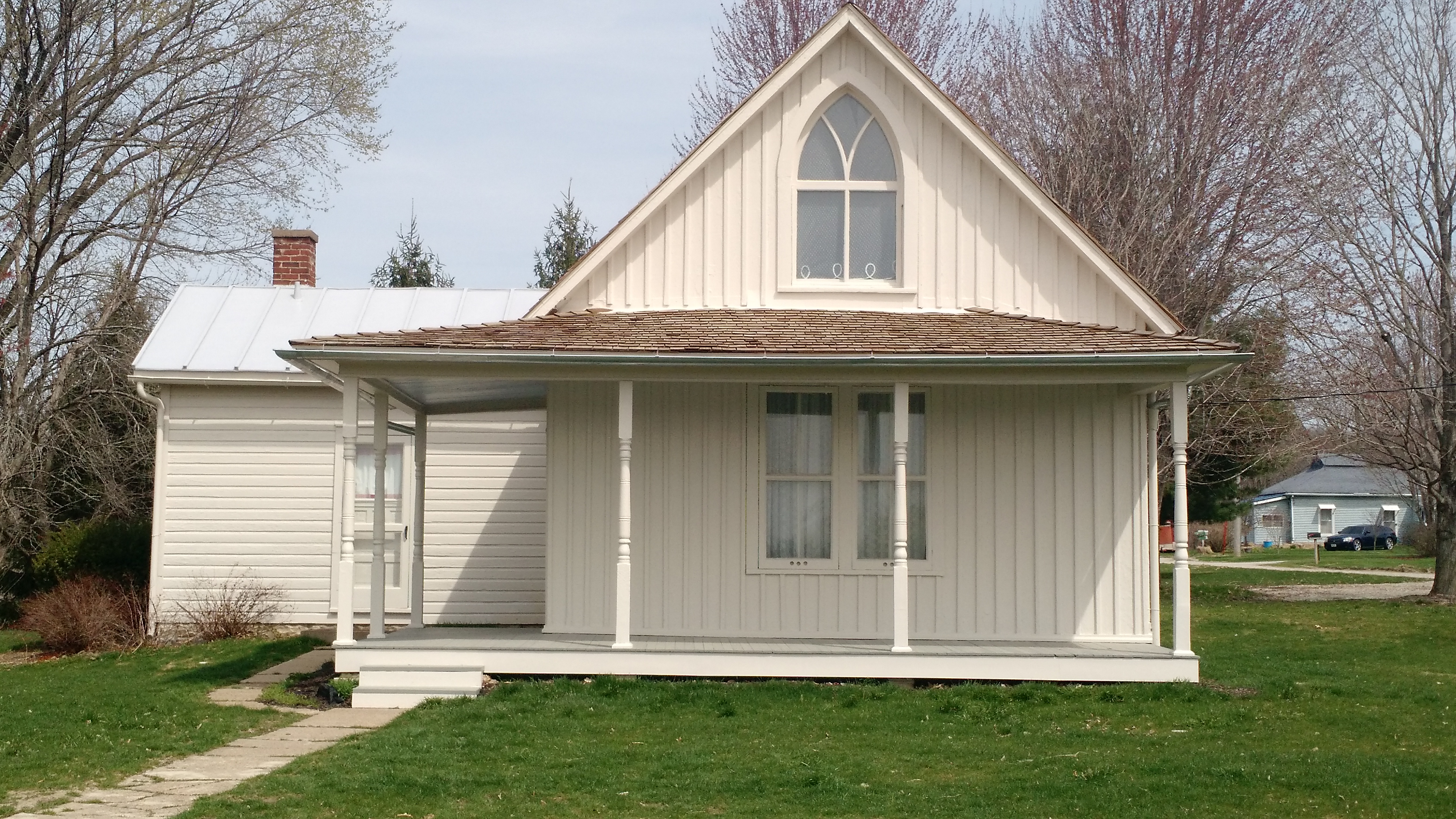 Dibble House, or better known as the American Gothic House, is located in Eldon, Iowa. It is designed in the Carpenter Gothic style with a unique upper window. It was in 1930, Grand Wood took a tour of Iowa town and found the perfect house for painting he had in mind. The house was first owned by Eldon resident Charles Dibble.

Charles Dibble began building the house in 1881 for his family. It was simple board-and-batten siding with 504 square feet. This was common in the 19th century Iowa architecture. There is no story why Charles chose to place the Gothic window on the upper level, but it is believed that windows are purchased through the Sears catalog.

While some say that the Dibbles might have wanted the windows to make the home graceful when rural life in the town was a struggle, others believe that they chose the windows that were reasonable at that time. The house was foreclosed around 1897 after they were unable to pay their taxes. Later they moved to Portland, Oregon by 1900. 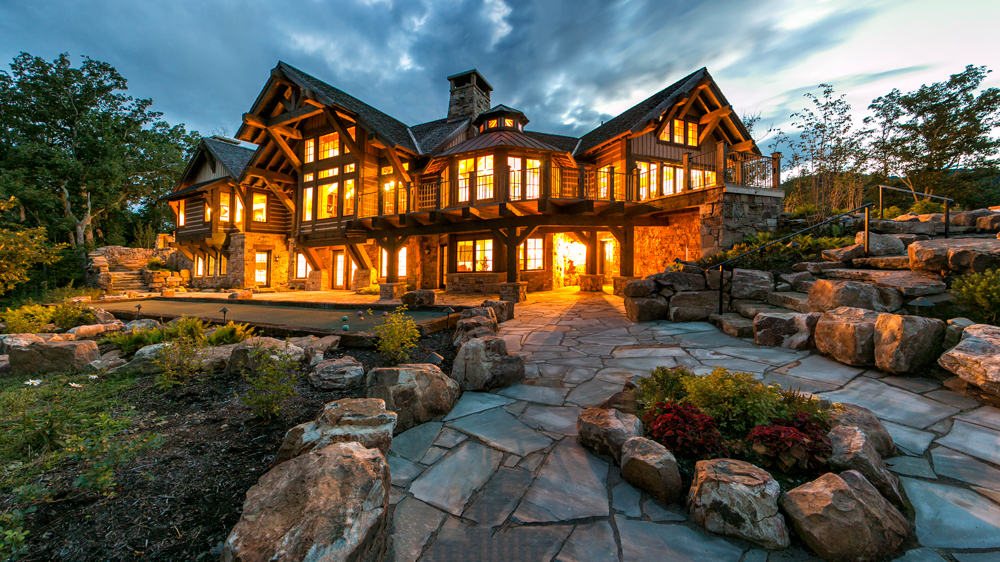 It is a popular luxury resort located in the Allegheny Mountains near White Sulphur Springs in Greenbrier County, West Virginia. Today, it has 710 guest room, over 55 indoor and outdoor activities, and sports, and 36 retail shops on 11,000 acres. This luxurious resort was built in 1913 by the Chesapeake and Ohio Railway and was owned by that company and its successors, Chessie System and CSX Corporation.

Several political personalities including Dwight D Eisenhower and over 25 presidents have stayed here, but it is well known for The Bunker. It is also a site of an underground bunker that was used as an emergency shelter for the United States Congress during the Cold War. Although the bunker was filled with supplies for 30 years, it was never used as an emergency location. It became known to the public after a story was published by The Washington Post.

The place played as a host to several important meetings. It was on the 20th March 2009 when the resort filed for bankruptcy, listing the debt of $500million and assets of $100 million. The resort lost over $30 million in 2008 and removed 650 employees in 2009. 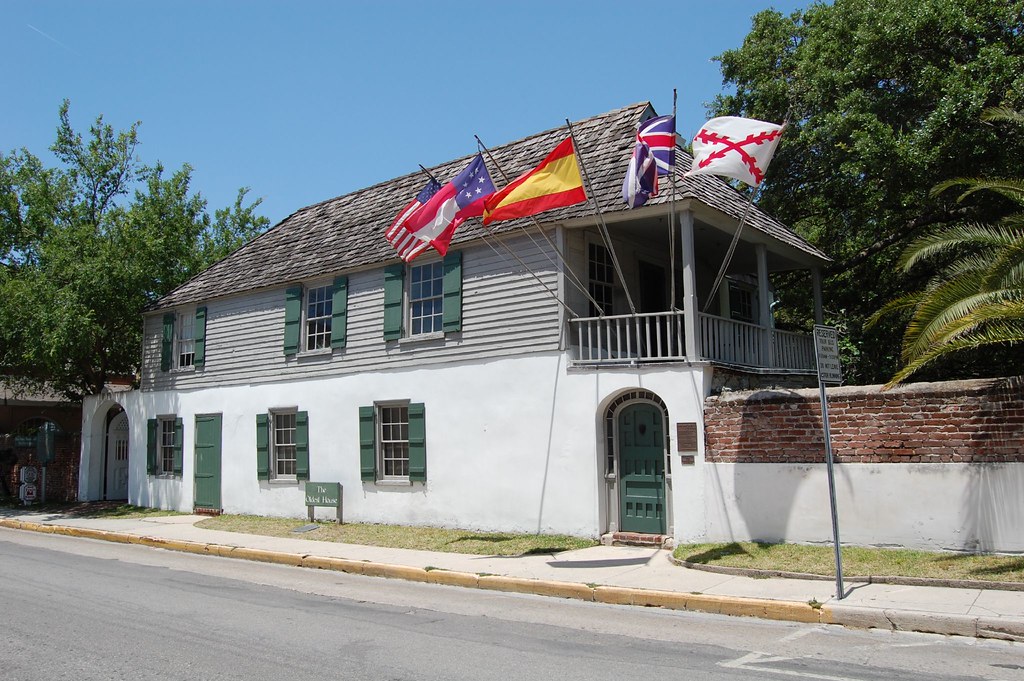 The Gonzalez-Alvarez House or the oldest house is located at 14 St, Francis Street in St Augustine, Florida. It is a perfect epitome of the St. Augustine's Spanish colonial architectural style with modifications by English owners. It is now owned by the St, Augustine Historical Society and is open to the public as a part of the Oldest House Museum Complex.

The house consists of two floors. The first floor is built of coquina, and its upper level is framed in wood with a clapboard exterior. The design of this historical house was adopted by Spanish colonial settlers to deal with the available building materials. It was first owned by Tomás González y Hernández, who was artilleryman at Castillo de San Marcos.

Today, visitors can take a guided tour of the home, walk the ornamental garden and visit the museum. Do you know why it is called as the oldest house in St, Augustine? It is over 300 years old. After the British took over Florida, the home was bought by an Englishman who built the second story.

The next time you plan to visit Florida, don't miss to visit this beautiful house that is only a 15-minute walk from Augustin Inn. The house is open from 10 a.m to 5 p.m. every day, and the tour runs for half an hour. 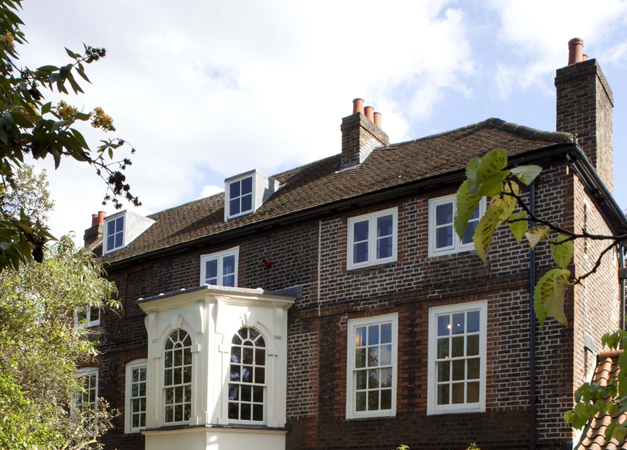 Hogarth house was built between 1713 and 1717. Its first occupant was Rev George Andreas Ruperti, the pastor of St Mary's Lutheran Church in the Savoy, London. It is a former residence of the 18th century English painter William Hogarth.

It contains an amazing collection of paintings and engravings by William Hogarth. The trust supports this historic house which is managed by the London Borough of Hounslow. The house is open to all from Tuesday to Sunday from noon 2 to 5 pm.

The ground floor of this mansion has an exhibition and discovery room, which includes two digital presentations and a model of the whole building. The top floor has a study and a research room which can be used only after an appointment. 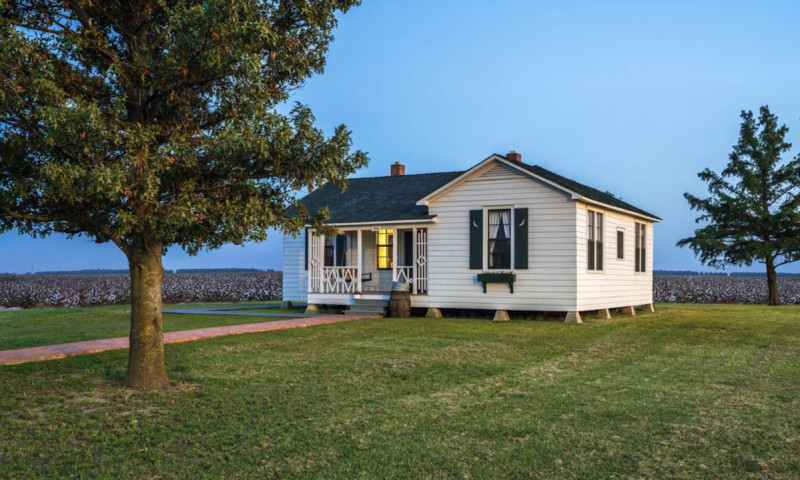 It was listed on the National Register of Historic Places in 2018. It was in March 1935, when the American singer-songwriter and guitarist Johnny cash was three years old, his family settled in Dyess, Arkansas.

When he was young, he started working with his father in his cotton fields and sang along with his family while working. He lived there until he graduated in 1950. If you are a huge fan of Johnny Cash, you should visit this historic house which shows the journey of Johnny cash and his struggle. 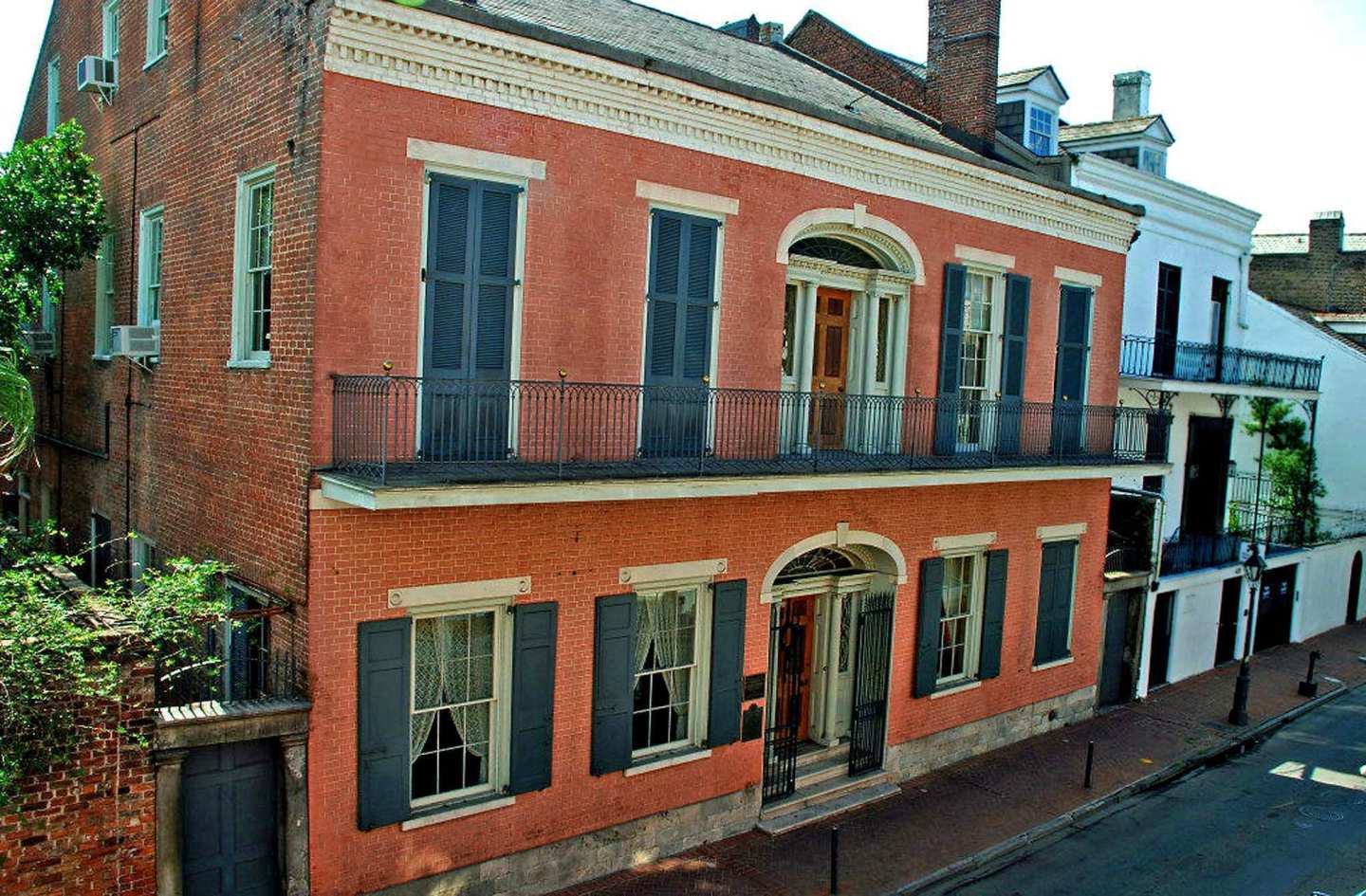 The Hermann-Grima House is one of the most popular historic houses that is restored and reflects the Golden-Age of New Orleans. The home was built in 1831 and is recognized as one of the greatest examples of American architecture in the French Quarter.

The Christian Woman's Exchange, a non-profit organization, bought the property in 1920 and ran it as a boarding house for single women until 1975. The house was reopened as a museum in 1975 but was declared a National Historic Landmark in 1974. This beautiful historic house features a wide central hall and ornate doorway.

William Brand designed it in a Federal-style and added several galleries and cabinets in the house. The house has four styles of furniture. The majority of the furniture is classified as American Empire and early Victorian styles. The Hermann-Grima and Gallier Historic Houses showcase over 3000 decorative items, including furniture, paintings, and other artifacts. 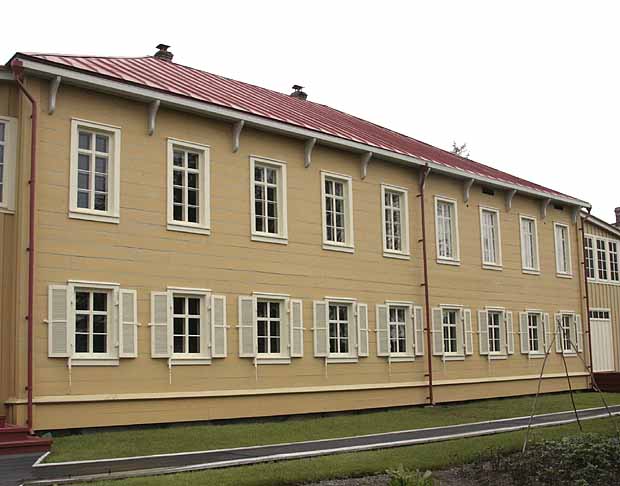 If you ever want to see the Russian colonial architecture, then visit Russian Bishop House in North America. It was once the Russian Mission Orphanage and now a historic house museum and national Landmark at Lincoln and Monastery streets in Sitka.

The house was built in 1841-43 and is one of the oldest surviving buildings of Russian America. It is a two-story log structure and divided by nine bays, each measuring 2.1m. The exterior of the house has undergone several alterations since construction. The property on which it stands includes the two buildings associated with the activities of the Russian Orthodox Church.

The Russian Orthodox church closed the house in 1969. All its floors and doorways had collapsed, and the building was in danger. It was in 1973 when the National Park Service began a 16-year project to reconstruct the building to its 1853 appearance.

Today, this beautiful house is open to the visitors and let them explore everything about the Russian-American period. The ground floor of this historic house exhibits dating from Russian America and a replica of a Russian possession plaque found in Old Sitka. Whereas, the second floor features the guest rooms, attendant quarters, and reception room. 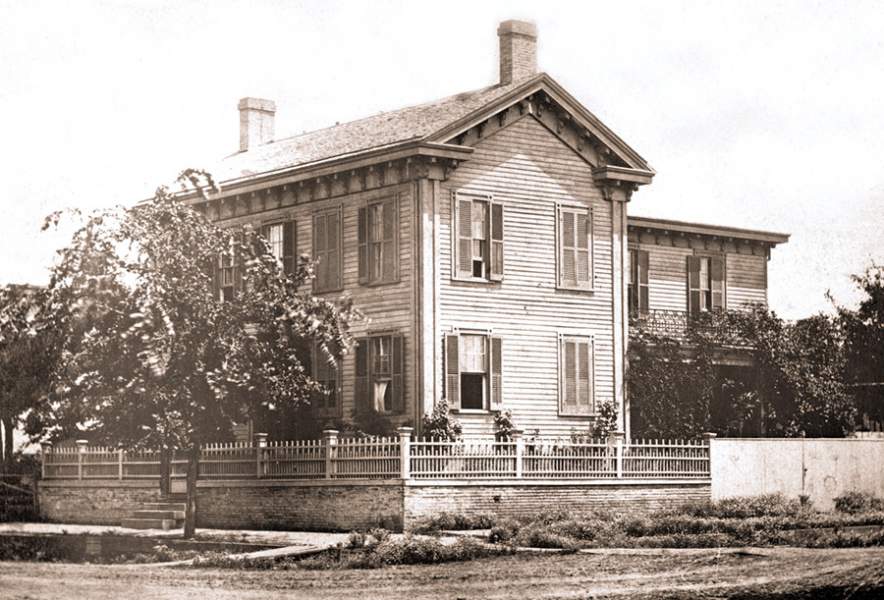 Do you know that this home was Abraham Lincoln's first and only owned  home? Though this home doesn't have lavish gardens or balconies, his home in downtown Springfield is irresistible to visitors since it is open to the public. It was a home for Mr. Lincoln's family for 17 years.

From the time when they purchased the home in 1844 until they moved to Washington DC in 1861, the home was renovated several times. In 1846, the pantry and bedroom were added. In 1849-53, the front retaining wall replaced the wooden sidewalk, and several modifications were done. The house has welcomed many of Lincoln's guest, several political functions and remains open from 8:30 am to 5 p.m. 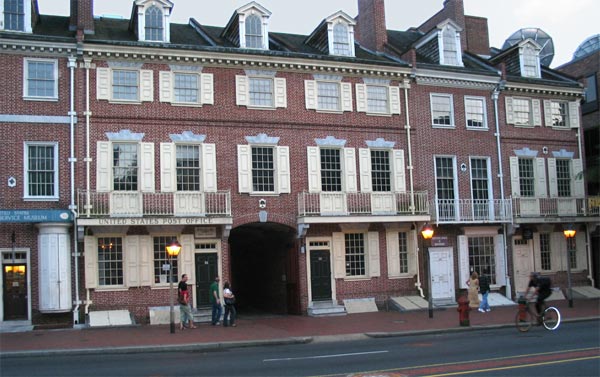 Benjamin Franklin is one of the Founding Fathers of the United States. His house dates from c.1730, and he lived and worked there for around 16 years. This historic house is listed Grade I on the National Heritage List for England for its association with Franklin.

The house was restored and renovated by his friends in 1998 and was turned into the museum. The museum retains several original features like staircases, ceilings, and flap boards, while a few of things are altered.

The house has now become a site for science students and is recognized as being the leading center for studies related to Franklin. If you ever plan to visit Benjamin's house, know that the site offers two types of tour. 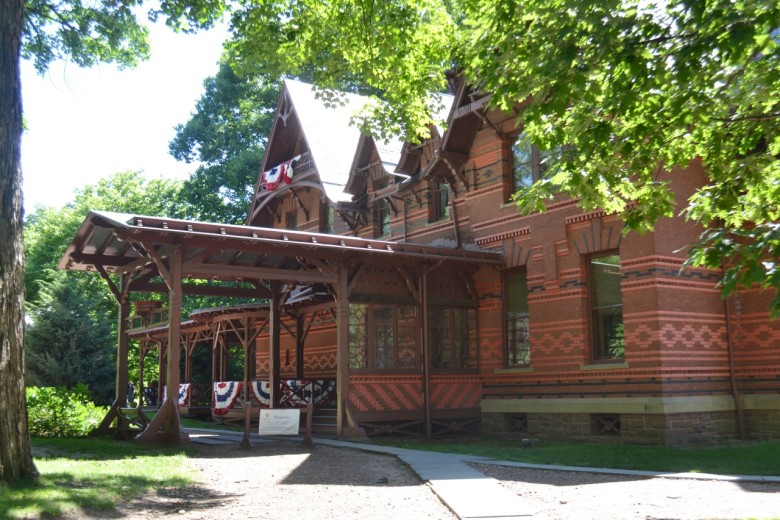 Today Mark Twain House, which was named as 'one of the ten best historic homes in the world' welcomes thousands of visitors every year. The site was the home of Samuel Langhorne Clemens and his family and was designed by Edward Tuckerman Potter.

The tour guides tell the story about his life at different times. When Twain first visited Hartford, he fell in love with it and decided to settle down in Hartford. The mansion's interior features a drawing-room that was used for hospitality. The top of the house features the billiard room, which was the favorite of Twain.

Do you want to know more about American Cultural History? If yes, then mark a visit to Mark Twain house on your bucket list. Also, add these amazing things on the bucket list to have some unforgettable moments in your life. 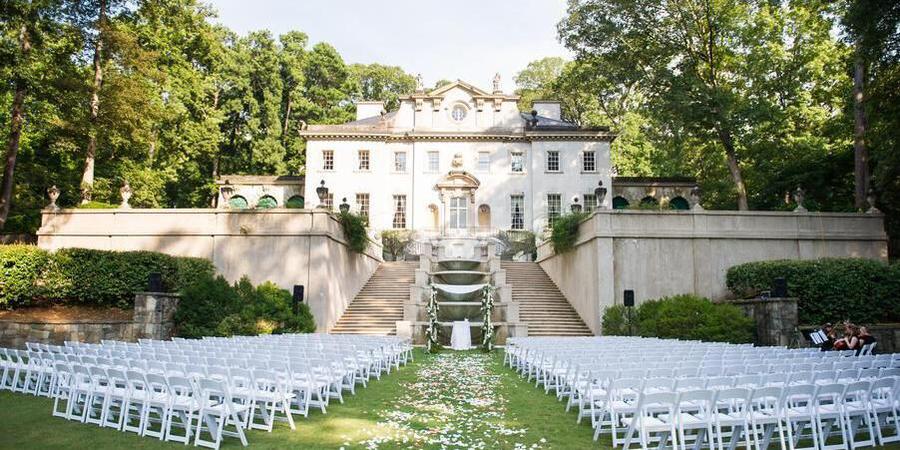 Built in 1928, the Swan House in Atlanta Buckhead neighborhood is a classical mansion and was home to the Inman family. The Inmans earned wealth from investments in banking and transportation and cotton brokerage. This historic house served as the finish line of the 19th season of The Amazing Race and was also used to film the scenes in the film The Hunger Games: Mockingjay: Part 2 and The Hunger Games: Catching Fire.

The architect Philip Trammell Shutze designed the house, and it was completed in 1928. The Swan House and its gardens are considered as his finest work, in which he adapted English and Italian classical styles to showcase the 20th-century living.

The interior of the house features five rooms - the entrance hall, dining room, the library, the morning room, and the entrance vestibule. It was in 1966 when the home was purchased by the Atlanta Historical Society and most of its finishings. This remarkable historic house was opened to the public in 1967.

What are your thoughts about these historic houses with such interesting stories? Do you know or have visited any house like this? How was your experience? Share your views below.