We have often heard of a king ruling the Nation but queens rarely. Isn’t it? But here we have some facts about Queen Victoria, the one who ruled British Empire for 63 complete years. 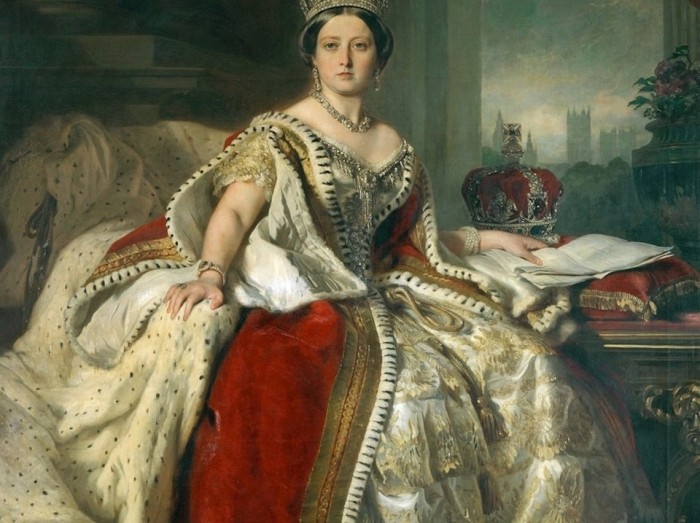 Queen Victoria also known as Alexandrina, was the queen of United Kingdom of Britain and Ireland. Her course of duration was from 20th June 1837 to 1st May 1876. This complete era was known as the Victorian age in the whole world. She was the daughter of Prince Edward and Kent of Dutchess. She has earned the title “Empress of India”. She was the last British Monarch of a house of Hanover. She was a national icon who was identified by the people as strict and rigid the one who follows the standards of personal morality. (8.1) 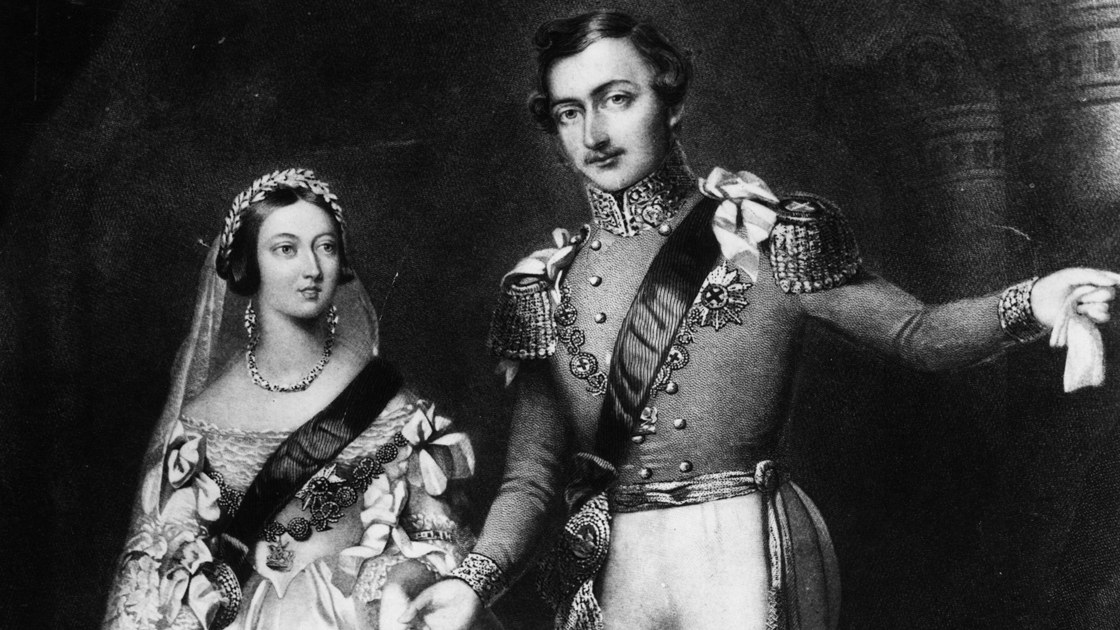 Her golden and silver Jubilee was the time for people’s celebration. Victorian era was marked as the one which brought the social, economic, technological, cultural and industrial changes in the United Kingdom. Many of the monuments and memorials are named after the Queen Victoria, as a dedication to her.

Here is the list of 10 interesting facts about Queen Victoria:

1) She Had An Unhappy Childhood 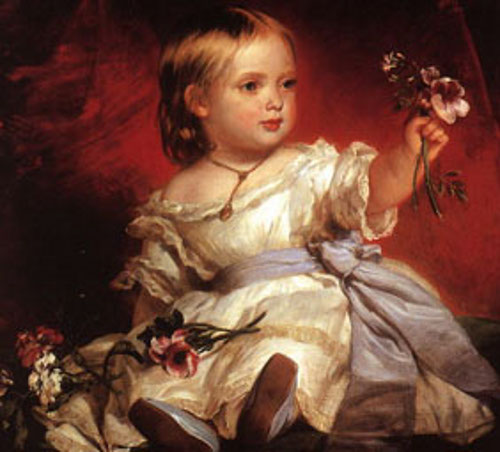 Victoria was born in Kensington Palace in the year 1819. Since then the place was like a prison for her. She was devoid of playing with other children. She was dominated by her mother, kent of Dutchess. Her mother gave the control of her daughter Victoria to John Conroy. He used to keep an eye on Victoria’s every move. Their aim was to keep her away from the royal court and the kingdom. She had to follow the strict timetable which restricted her to live according to herself.

The regime was suffocating for little princess Victoria. She led a very unhappy life till she became the Queen of England. She used to call John Conroy as a demon incarnate who used to impose rigid rules on her and manipulate her mother. Thus she had a miserable childhood which nobody would want to remember later in life.

2) She Was Only 18 When She Became Queen 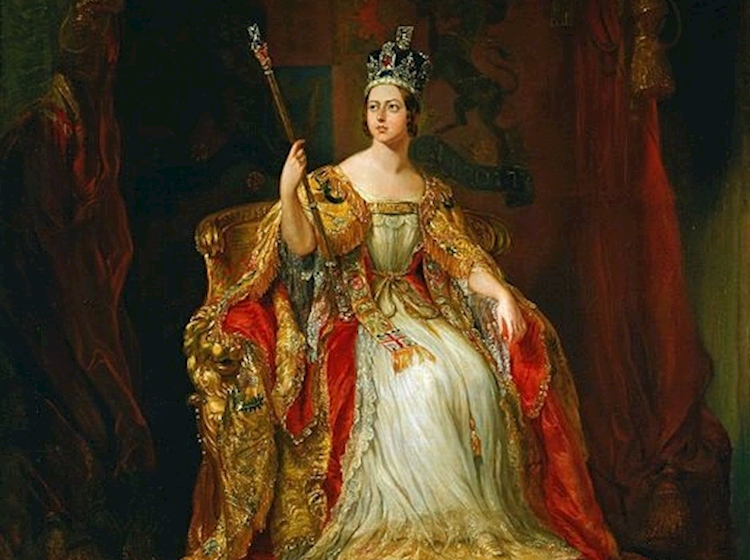 20th June 1857 changed the life of Victoria when she heard about the demise of her uncle,  King William IV. This unfortunate event turned her life, she became the Queen of England at a very young age. She was just 18 when she occupied the throne. Although it was a shocking information for her. She accepted it with serenity and calmness. A few hours later she attended the council with confidence, accepting her royal responsibilities.

When she was born, it was clear that the princess had no chance of becoming the queen as there were many in the line. But her destiny made her queen of the England, as she was the only closest heir left after the death of William lV.

3) She Proposed To Her Husband 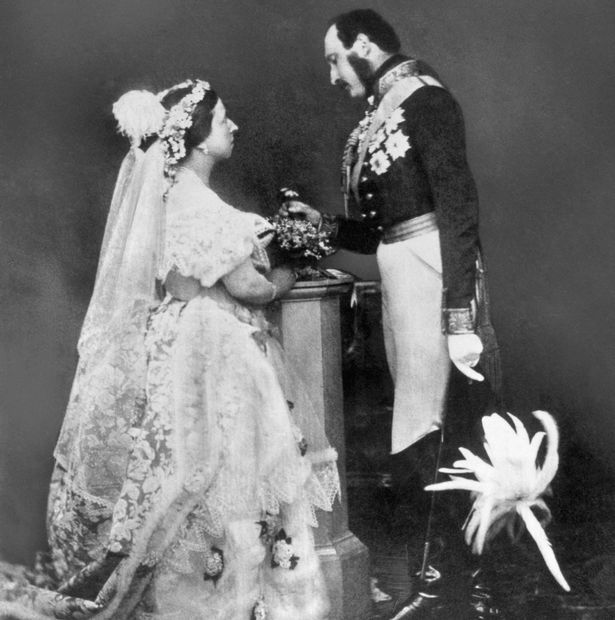 At the age of 20, the Queen fell in love. It was love at first sight for her, as mentioned in her journal. But tradition forbade a suitor from proposing to Queen and thus it was only at Victoria’s end to ask from Albert. She did it on 15th October 1839.

According to her journal, she met with Albert in the private room alone. She proposed him to marry her; the very next year they married each other. She confided that their marriage was passionate and without him, nothing seems to be of interest. She was so in love with him, they both were happy together.

4) She Was Known As Grandmother Of Europe 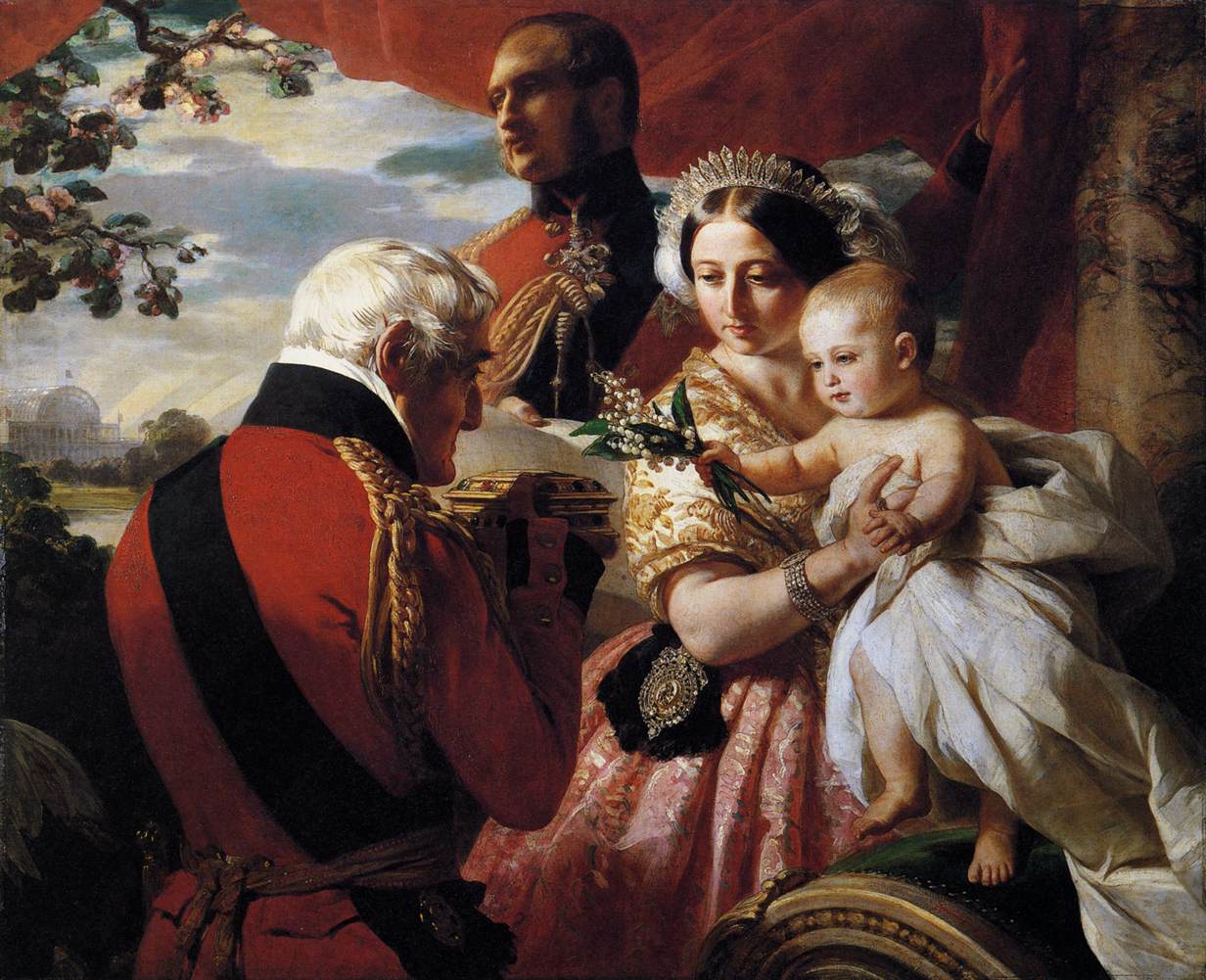 Queen Victoria and Albert raised nine children who married to different European monarchies. She did this keeping in mind of extending their empire and to enhance the British influence in the world. Within a couple of generations, her descendants got spread in the whole continent. She had 42 grandchildren who were residing in different countries like Russia, Germany, Greece, Sweden and much more. Therefore she was regarded as the Grandmother of the Europe. 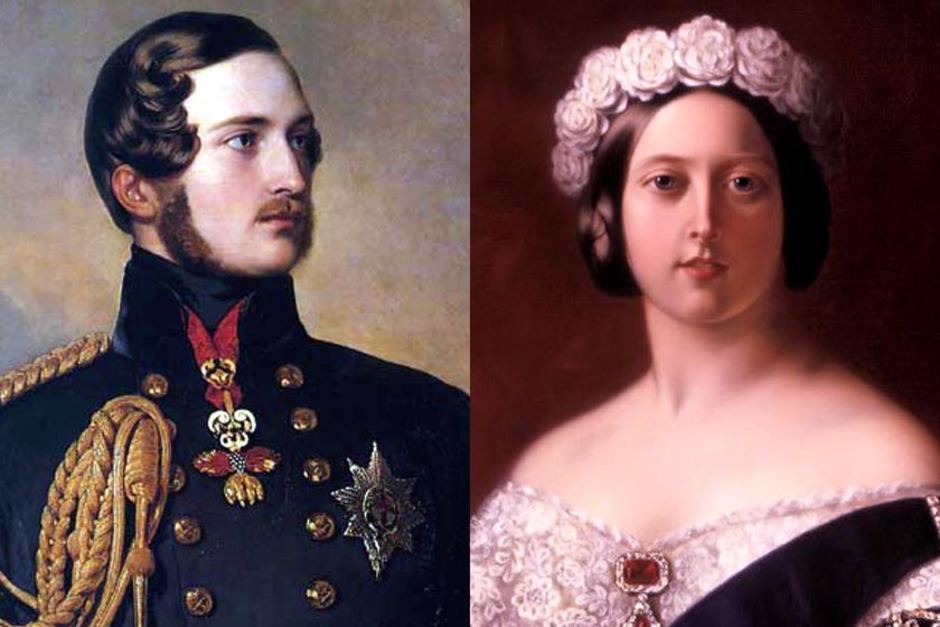 Her husband died at the age 42 because of typhoid. They had been married for 21 happy years. But the death was a misery for her. She got depressed and disheartened, for the next two years she did not even appear in front of the public. His husband’s death broke her completely, after years she gained some strength to pen her feelings down on the paper.

She wore black for years and asked her servants to decorate the room same as they used to do it when Albert was alive. She had mournful days without him. She wrote in her journal stating another year started without you. She was in grim without him.

6) She Kicked John Conroy Out 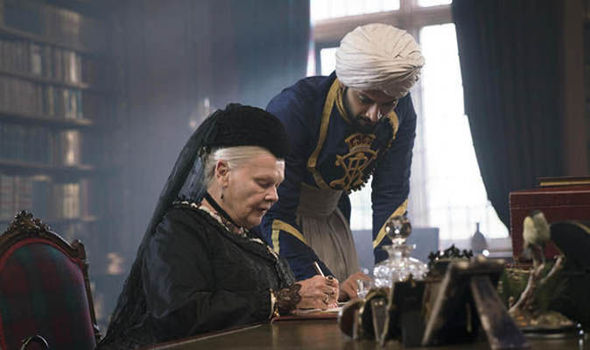 You would be amazed to know that the first orders after becoming the queen were for John Conroy to leave the family. He ruined the queen’s childhood by dominating and forcing her to follow strict rules made by him. Conroy knowing that he failed in becoming good advisor was fighting for pension and seat in the council. The Queen gave him almost whatever he asked for but she did not change her decision for making him leave the family.

She offered the place of Conroy to Louise Lehzen, who now received a place close to Queen for her loyalty and her devotion. She was rewarded with felicitation for her remarkable work for a queen. The Queen was now free to take her own decisions. She was no more under the influence of anyone. 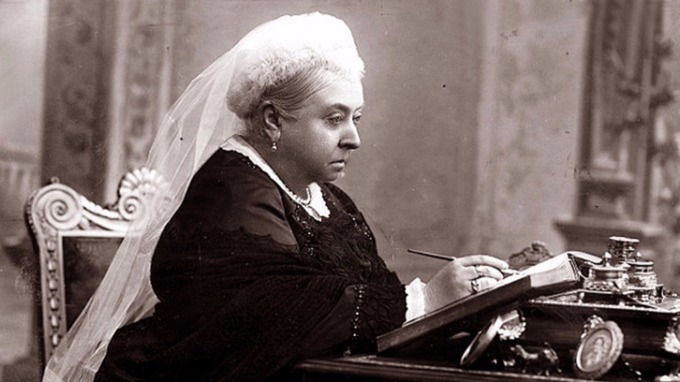 Queen Victoria gave a desk to president Hays a desk which was constructed by the timbers of the British arc exploration ship resolute from where the desk took its name. She kept the copy of the desk with herself which is placed in the Windsor castle. She asked to manufacture a writing table for her yacht. 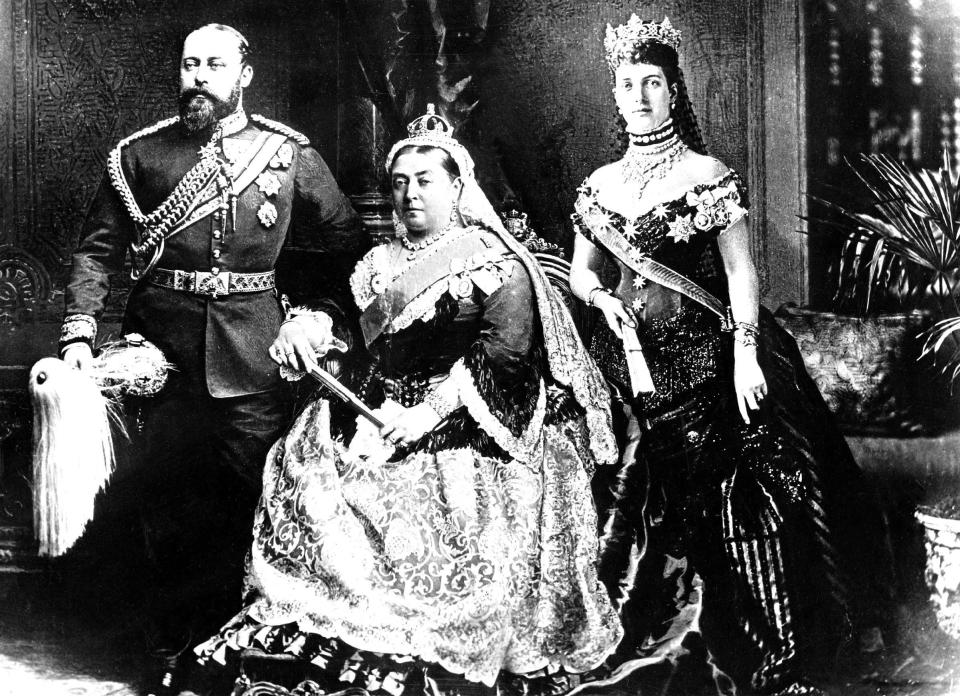 Queen Victoria was linguistic, she had the ability to speak several languages. It was due to her strict schooling in Kensington system. She was fluent in English and German and could even speak French, Latin and Italian. As her mother and governess were from Germany, therefore, she had a German accent. Later when she married her cousin Albert they used to communicate in German although both of them were fluent in English. She even had knowledge about Hindustani (Indian) and Urdu Languages.

9) She, Until Recently Was The Largest Running British Monarch 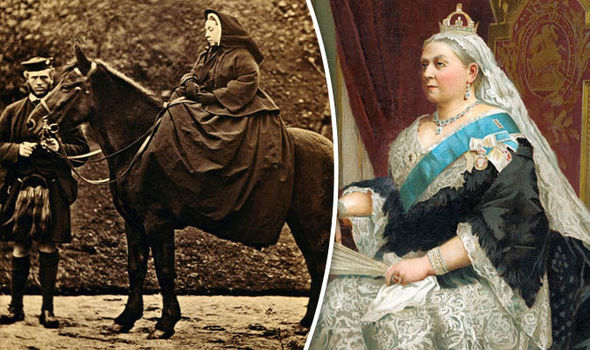 When Victoria ascended the throne, none of the people would have imagined that she could rule the whole British Empire with such a grace and confidence in her reign. She was the only largest running monarch of her time. She served the nation for about 63 years. During her period the British Empire abolished slavery, had a war with several nations and acquired the Suez Canal. Victoria’s longevity set a record in the History of Europe though Queen Elizabeth broke it in 2015. Still, Queen Victoria is remembered for her reign. 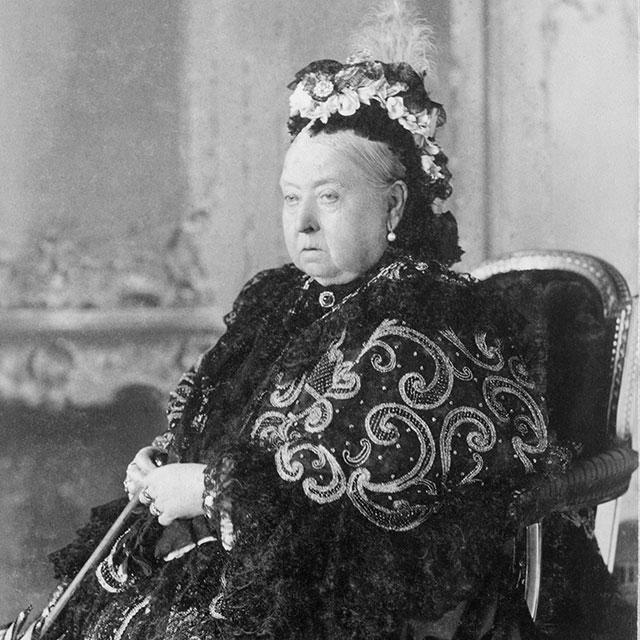 During the long reign of her as a Queen, she survived the six assassination attempts which were very close calls. In June 1840, when the queen was shot while she was on a carriage ride. It seemed as if the bullet hit the Queen for a while but she was saved. Again in 1850, when she was passing from the Buckingham Palace the retired soldier tried to hit the queen sharply with the small can but she survived again. In this way, she surpassed the six assassinations and survived all.

These were some surprising facts about Queen Victoria which you might not have known.

5 Worst Laws Ever Implemented in the US History