Nipah Virus (NiV): A Contagious Disease You Should be Aware of

Know the signs and symptoms of this deadly virus infection. Read the precautions to be taken and how to make people aware of this contagious disease. 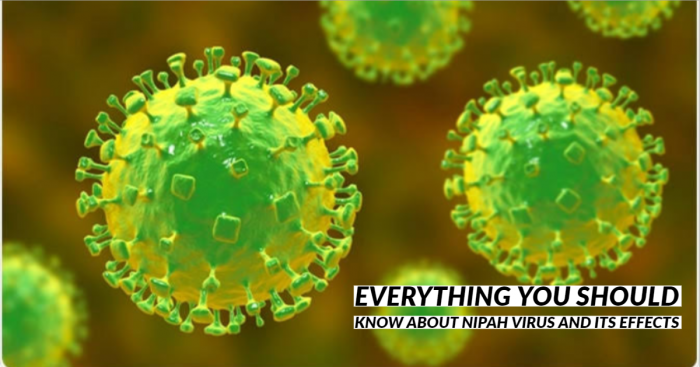 You might be aware that people get viruses by inhaling them or through sexual contact, but you may not know that virus can also be transmitted through food or directly between people. Nipah virus is one of the viruses that is transmitted from animals to humans. It is a viral infection that is caused by the Nipah Virus.

Recently, Nipah Virus came in the headlines, when a 23-year-old student in Kerala Ernakulam district was tested positive for the virus on 4th June. But, reports suggested that over four people who had direct contact with the student were also tested positive. Last year, the virus killed over five people in Kerala.

Let us know more about this dangerous virus, its symptoms, and precautions to be taken.

What is a Nipah Virus?

It is a type of RNA virus in the genus henipavirus. Nipah Virus is a zoonotic disease that is transmitted from humans to animals or vice versa. This infectious virus was first noted in from September 1998 to May 1999 during the outbreak in Malaysia and Singapore. The virus is named after a village in Malaysia, Sungai Nipah.

As of 2018, there was no treatment for this disease. Prevention was taken by avoiding exposure to sick pigs and not drinking raw date palm sap. Around 700 human cases of Nipah virus were estimated to be positive, and nearly 70% of those infected died. Last year in May, an outbreak of the virus resulted in 17 deaths in Kerala.

According to NCDC (National Centre for Disease Control), the virus affects those who come in contact with infected pigs, bats, and other Nipah virus infected people.

“Two routes of transmission of Nipah virus have also been identified from its natural reservoir to human: drinking of raw date palm sap contaminated with NiV and close physical contact with Nipah infected patients.”

Here are the NCDC guidelines on the virus. 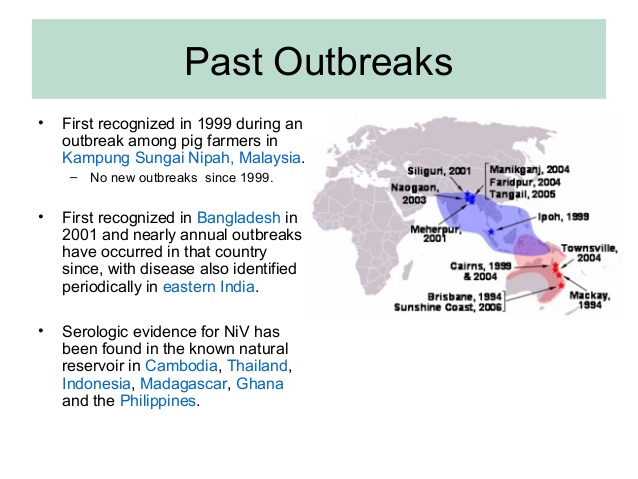 The outbreak again occurred in 2004 and 2005 in Tangail, Rajbari, and Naogaon district. On May 2019, a student was admitted to the hospital with Nipah symptoms and was confirmed Nipah infected on 4th June.

It is believed that symptoms for Nipah virus start appearing after 7-14 days from exposure. Sometimes symptoms can progress as fast as in 2 days. The signs and symptoms of infection are an acute respiratory infection, asymptomatic infection, and fever.

Is There Any Treatment for Nipah Virus Infection?

According to the doctors, supportive care is the only treatment for this infection. Currently, there is no vaccine available to protect humans. But some researchers explain that the antiviral drug ribavirin may be useful to prevent infection. This medicine has helped a few people to come back to normal.

It is also reported that a human monoclonal antibody that targets the G glycoprotein of NiV has shown the benefit in an animal model of this disease, but researchers have not tested the effects of the antibody in humans. (7.1) 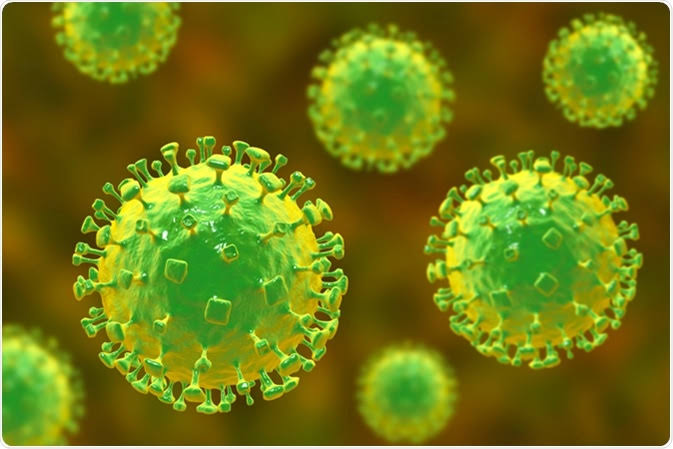 Yes, the Nipah Virus is contagious. It infects the family members or medical caregivers of NiV-infected individuals. It can only be transmitted through direct contact with the pigs, or from Ni-V infected people. Doctors also warn people not to use fruits that have fallen on the ground.

How is Nipah Virus Infection Diagnosed?

Immunohistochemistry on tissues recorded during autopsy also confirms the disease. Other tests may include PCR assay and virus isolation by cell culture.

According to research, contact with pigs is found to be the most important risk factor for infection. Exposure to urine from animals is also the biggest risk for human diseases, and Nipah virus is also noticed from the urine of several Malaysian patients.

Preventions and Precautions of Nipah Virus 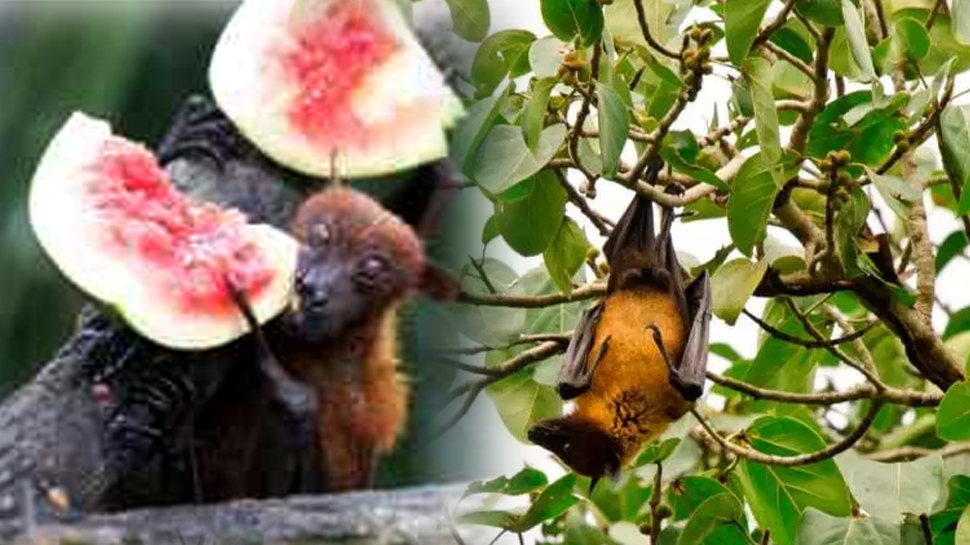 The NCDC guidelines have listed several measures to follow in public and high-risk areas. The infection from the virus can only be prevented by avoiding the exposures to bats in endemic areas and by not consuming the fruits that have fallen from the trees. The guideline tells people to:

How Can You Reduce the Infection of Virus in People?

If vaccines are not present, the only way to prevent infection in people is by educating them about the preventive measures and risk factors of Nipah virus.

Below are the ways how you can reduce the risk of infection in people.

Physical contact with Nipah virus infected people should be avoided, and hand washing should be done after visiting sick people.

Protective tools like clothing and gloves should be worn while taking care of a sick animal or during slaughtering. Avoid being in contact with infected bats and pigs.

Keeping bats away from sap sites with bamboo sap skirts may be helpful. Freshly date palm juice should be boiled, and fruits should be peeled and washed before consumption.

Note that Nipah Virus is not only found in pigs, it was also reported in cats, dogs, and sheep during the outbreak in 1999. 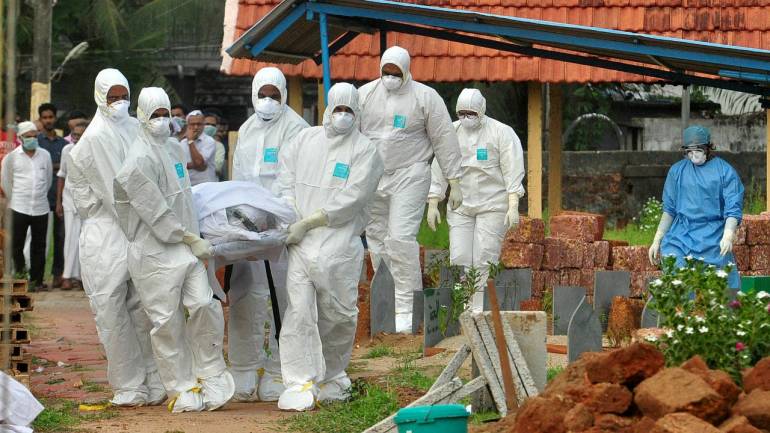 According to experts, the incubation period in humans ranges from 5 days to 2 months. Many patients become conscious and show signs of dysfunction, seizures, pupillary reflexes, and vomiting.

In the series of 160 cases who survived the encephalitis, they suffered relapses, while there were only 3.4% cases, who had late-onset encephalitis. In another series, it was recorded that some suffered depression, deficits in visual memory, and personality changes.

Is the Nipah Virus Different from Bird and Swine Flu?

Do People Need to Worry About a Nipah Virus?

Yes, every outbreak has different fatality rate. Nipah tends to have an average fatality rate of over 75%. Each time, there’s a new outbreak, it gets spread over thousands of people and killed over 70%  of people.

The research indicates that there are several bat species, but who travel long distances to feed at night spread more infection. If you are planning to travel a long distance, make sure that you research the location and know the condition of the area before you travel.

If you find anyone infected with Nipah virus, ask them to consult a doctor soon. It is usually spread through pigs and other domestic animals. Though there is no treatment to cure Nipah infection, it is advised to maintain healthy hygiene and to eat the right foods to prevent deadly infection.

11 False Stereotypes About Healthy Lifestyle (#3 is Your Daily Habit)