10 Hottest Peppers In The World

What do you add in your food if it lacks in taste? chilies! right? A dish insufficient in spices is really bland. 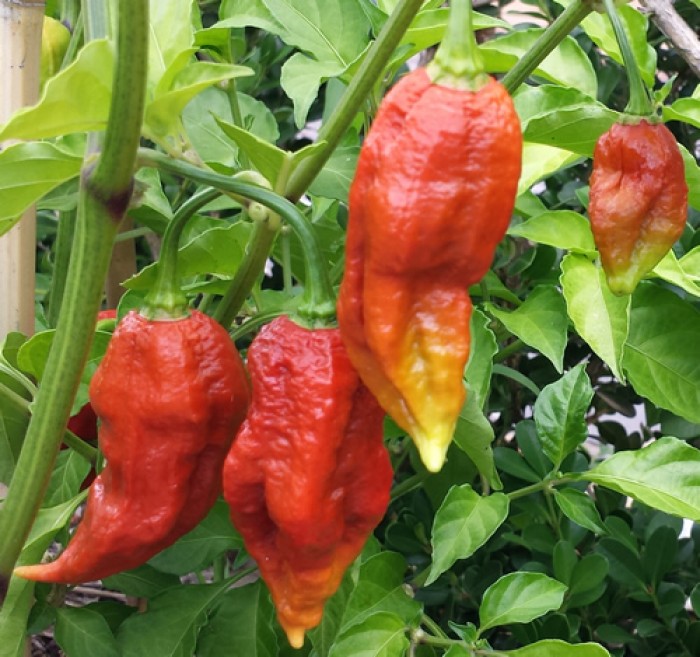 If you love spicy flavors then you must have checked out for the hottest peppers in the world? And obviously, chilies are the main ingredient in any cuisine that adds flavors to the tasteless food. The dishes served across the world include some chilies either as an added ingredient or it is just sprinkled over the food to give some spicy twist.

Every year the hot pepper cultivators from around the world discover a new mix of soil, and temperatures to get ranked at the first position. Below is the list of the hottest peppers in the world with their SHU (Scoville Heat Unit). 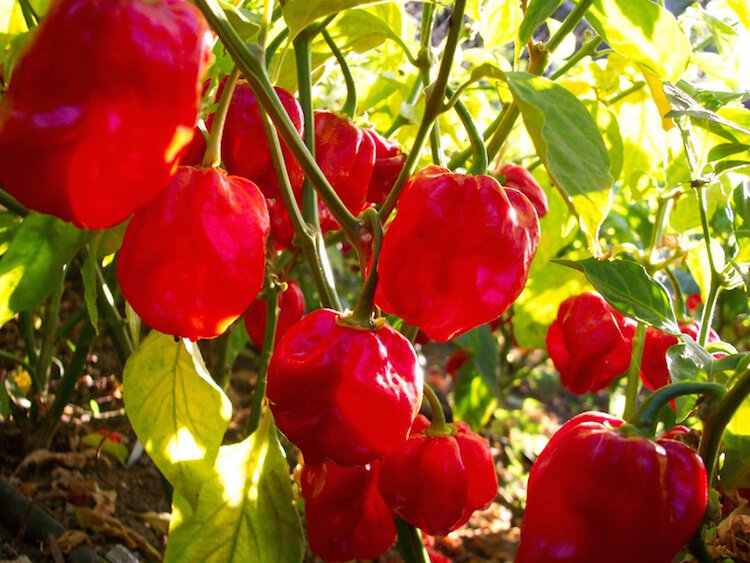 If we talk about the yesteryears, this Red Savina Habanero was the king of the peppers. But over the time, it has shifted in rank with other hottest peppers. It is a cultivator of the habanero chili which has been bred to produce heavier and larger fruit. 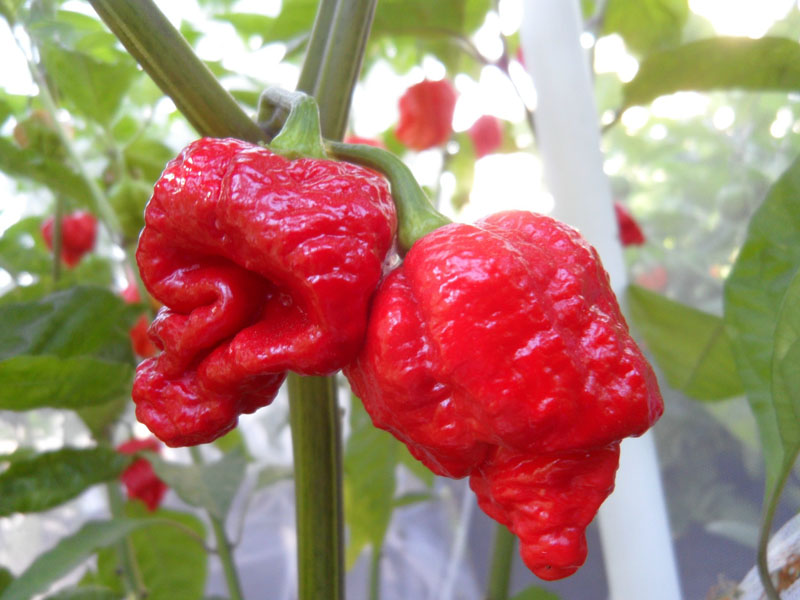 Originates from Trinidad, 7 Pot Red chili pepper smells similar to that of Naga Morich. Hails from Caribbean regions 7 Pot red matures from green to red. It is said that 1 pod is going to make 7 pots of food hot. On an average it has 1,000,000SHU 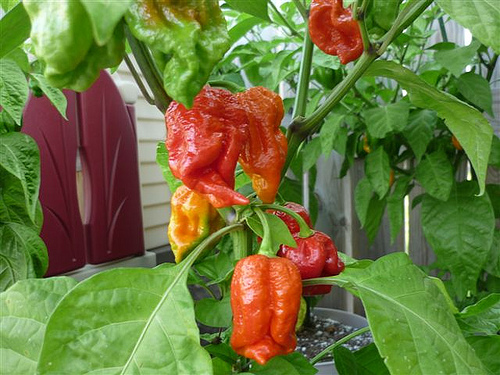 7 Pot Barrackpore has a long structure somewhat similar to Bhut Jolokia, it has wrinkled pods and a nice fruity flavor. It is so hot to put you in an unconscious position. 7 Pot Barrackpore hails from Trinidad and starts off green and ends up to bright red when fully grown. 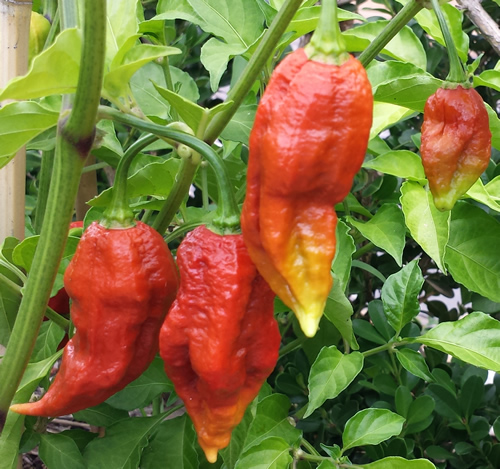 Just like its name, you can clearly see the ghost while eating it. It has the world of its own popularity. One of the amazing fact about this Bhut Jolokia is that Indian use this pepper to keep the wild elephants away. The elephants didn't join with Ghost pepper but definitely, you can if you want. 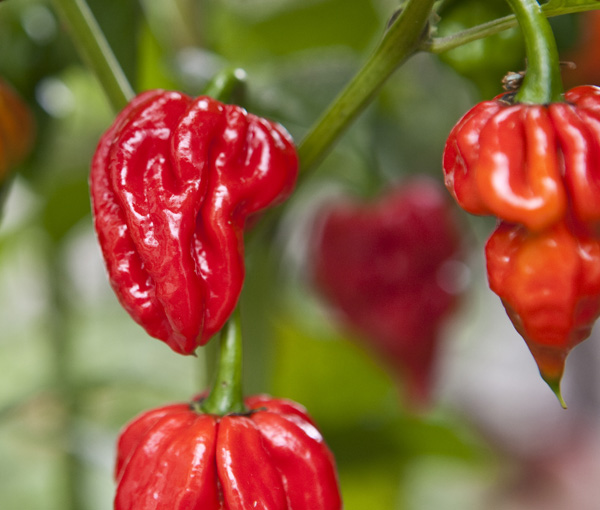 The deep red hybrid pepper from England is a 3 way hybrid of Bhut Jolokia, Trinidad Scorpion, and Naga Morich. Years of cross pollination delivered this super HOT pepper. The plant of Naga Viper cannot produce offspring as same as of the parent. If you wish to grow this pepper you have to buy the seeds from its creator. 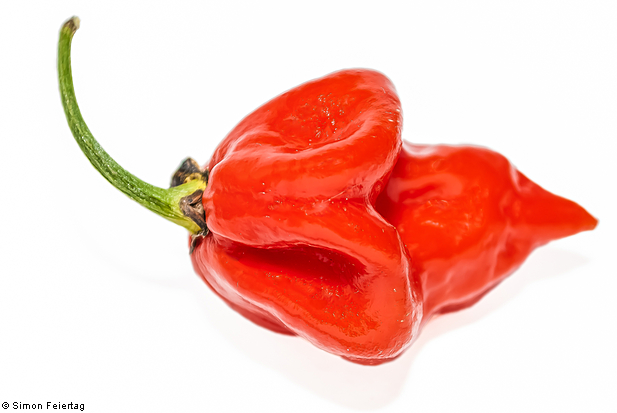 No doubt, that Scorpion Butch T is insanely hot, but other hot peppers are extremely hotter than Butch T. As the name implies this hot pepper has scorpion stinger at the end. And the name Butch T is because it is created by Butch Taylor from Australia. On an average, it has 1,463,7000 SHU. 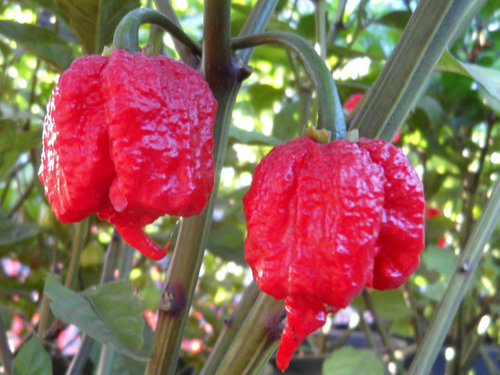 Created by Troy Primeaux from Louisiana, 7 Pot Primo has a fruity flavor and it is extremely hot. With long distinctive tail, the pungency of the pepper is somewhat similar to Naga Morich. Different varieties of peppers including orange and yellow are also seen. (7.1) 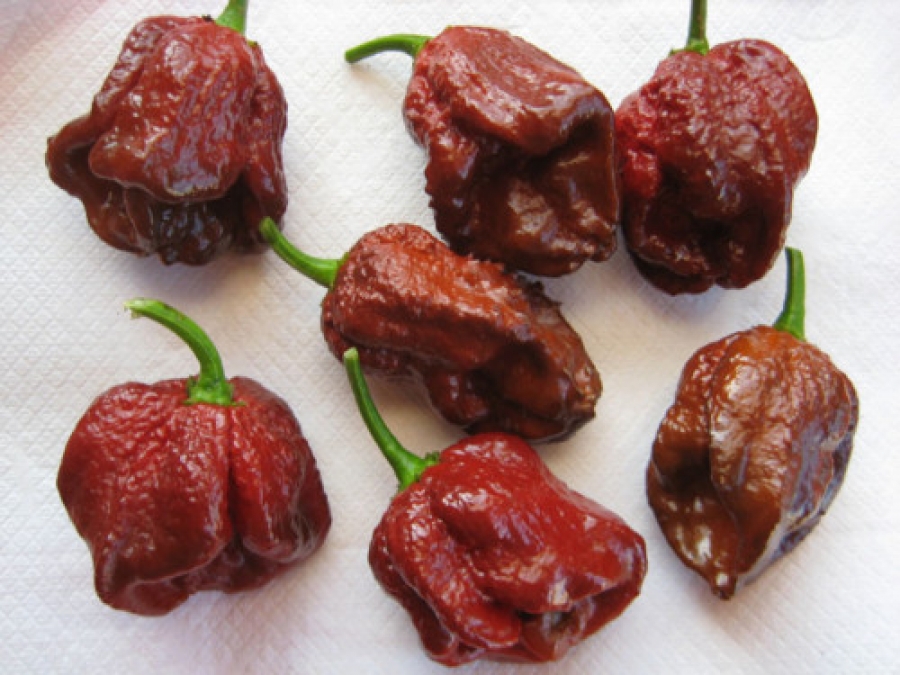 You can't go wrong with its chocolaty name, sounds tempting, isn't it? But damn it's not at all chocolaty in taste. This hot pepper has an average rating of 1,853,936 SHU. But this dark, skin chilly adds a nice flavor with its spicy bite. 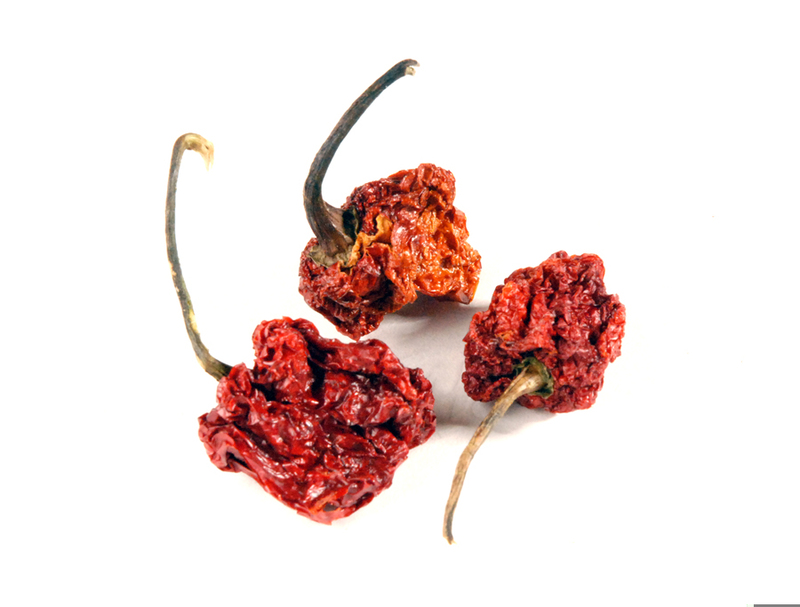 Though the Moruga Scorpion doesn't hold any Guinness records, it is the hottest chili pepper as of February 2012 with 2,008,231 SHU. Fans add little amount of this hot pepper in their dish to add an explosion of flavor. The scientist who cultivates the Moruga Scorpion wear layers of gloves because just touching can penetrate the skin. 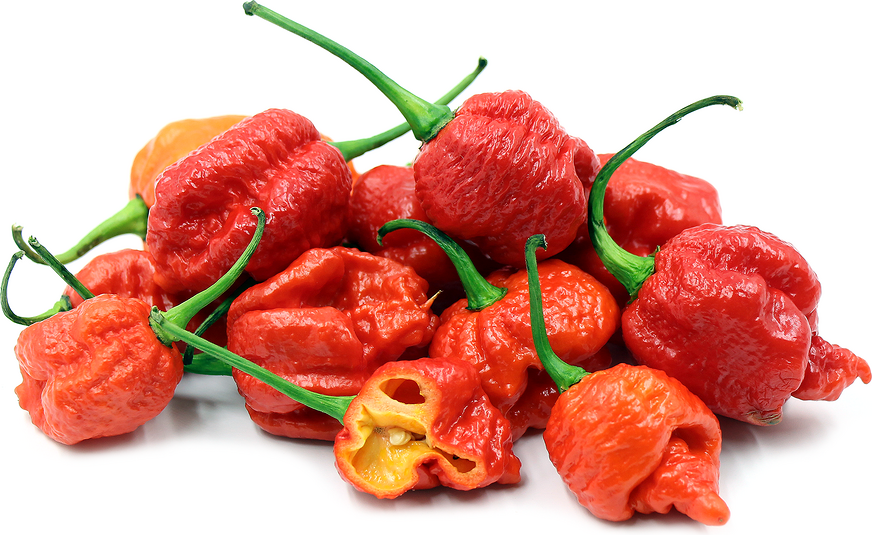 The Carolina Reapers is the world's hottest pepper ranked in the Guinness Records with over 1.5 million on the SCU scale. Originally named as the HP22B, Carolina is red and gnarled with a pointed tail. It is also considered as the grand emperor of all the peppers exist. This spiciest pepper  is bred by cultivator Ed Currie who is the owner of PukcerButt Pepper Company in South Carolina.

Top 10 Bizarre Food Phobia You Will Be Shocked To See