5 Unbelievable Animal Friendships That Go Against All Odds

Believe it or not, animals are also emotionally complex living beings like us! Check out some uncommon animal friendships that would leave you amazed. 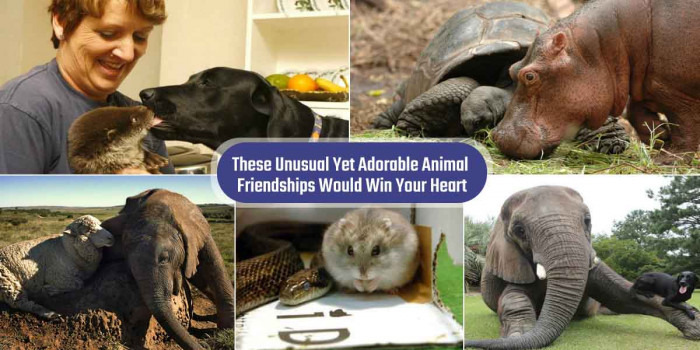 Can you imagine a potential prey befriending its predator? Surprising but true, a snake is a hamster’s best friend and not its snack. And yes, a hippo named Owen found its mommy in Mzee the tortoise. Such unlikely friendships and relationships between two different animal species (even rival ones) make us believe that even they are like us humans who feel love and compassion.

Some animals like dogs, elephants, dogs, and lions are known to bond closely with other animal species out in the wild. Especially in the case of lonely animals or those missing their packs, they make friends or develop a parent-child relationship with animals they spend time with or play with.

Regardless of why such relationships or friendships occur, it shows that animals are no less emotionally complex than human beings. Here are some more examples of unusual yet extraordinary friendships shared by these animals.

1. Heidy the Dog and Loulou the Otter 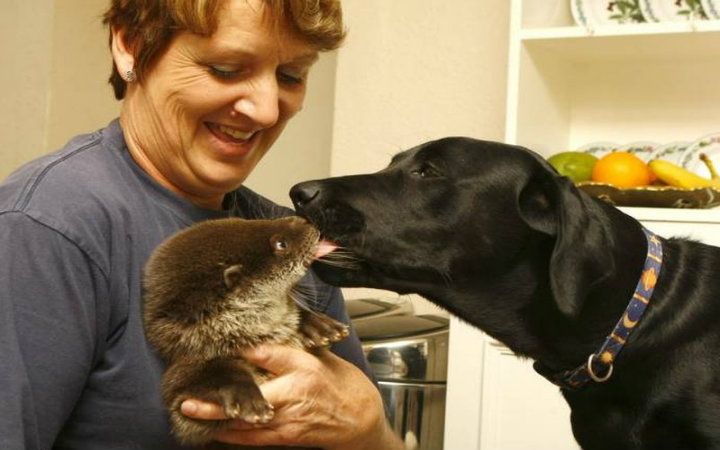 A dog named Heidy and Loulou, The River Otter fell for each other at first sight. While they may be completely different, their shared love of row-housing instantly drew them towards each other and thus formed a bond.

2. Owen the Hippo and Mzee the Tortoise 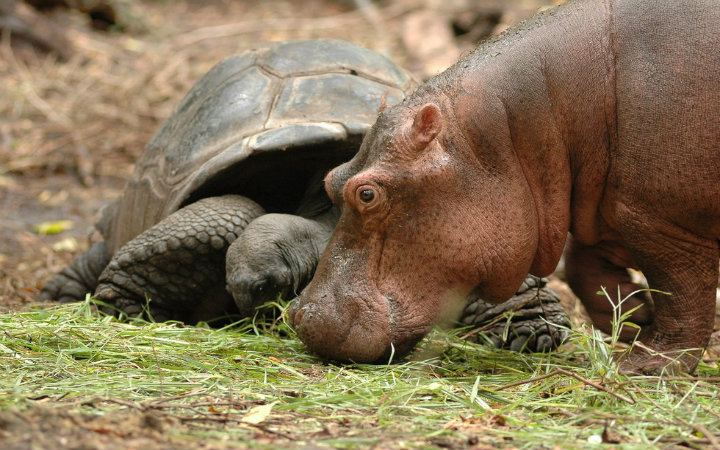 Mzee, an Aldabra giant tortoise, and Owen the Hippopotamus are from Kenya’s Haller Park in Bamburi. It caught media attention for developing an unusual friendship. During the 2004 tsunami, Owen got separated from his herd and was rescued by the Haller Park. As no hippos were there, it tried bonding with Mzee. Though initially reluctant, Mzee eventually became fond of Owen.

3. Themba the Elephant and Albert the Sheep 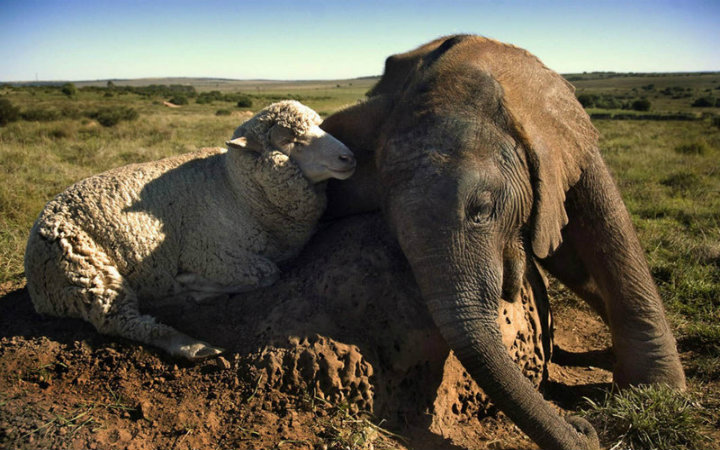 This rare sheep-elephant camaraderie had a shaky start, but it blossomed with time, and they’re now best friends. Themba and Albert live in Shamwari Rehabilitation Centre in South Africa. Themba The Elephant became an orphan when his mother died by falling from a cliff.

4. Aochan the Snake and Gohan the Hamster 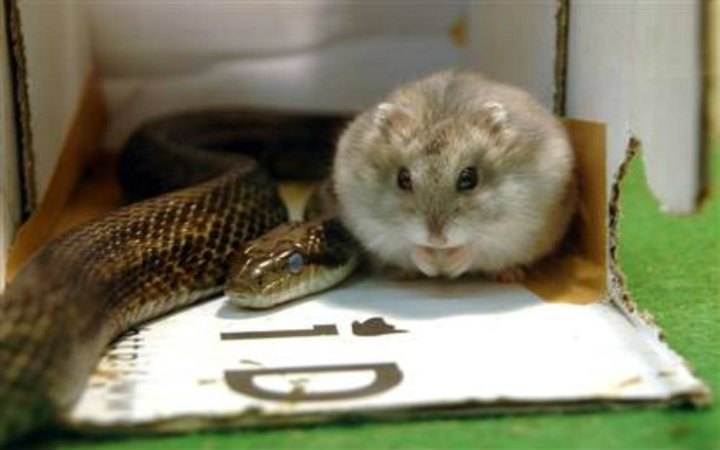 This snake and hamster’s friendship is the best example of unlikely friendships. They formed an unusual bond at the Mutsugoro Okoku zoo in Tokyo, Japan.

When the zookeepers presented the hamster to the snake as a snack, the rat snake refused to eat it. They both now share a cage, and the hamster at times falls asleep while sitting atop his natural foe.

"I have never seen anything like it. I don't think there's any danger. Aochan seems to enjoy Gohan's company very much."

5. Bubbles the African Elephant and Bella the Black Labrador 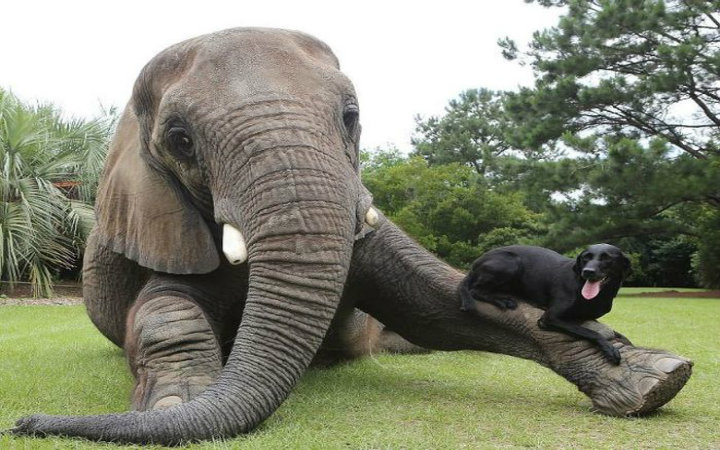 Even though they differ greatly by size, Bubbles The African Elephant, and Bella The Black Labrador are amazing friends. Bubbles the Elephant was rescued from the ivory poachers in Africa and brought to a safari reserve in the US. And a contractor left Bella at the park.

They both share an amicable bond, especially when Bella makes Bubbles its diving board!

So now you know that the interspecies animal friendships could happen for real, just like in Rudyard Kipling’s The Jungle Book.

Recently, Elsa the Koala and Hope the Wombat’s friendship kindled while the Australian zoo was closed during the COVID-19 lockdown. A video of them snuggling and nuzzling made headlines and went viral.

Do you know any heartwarming story of such unlikely animal friendships? If you do, please share it here!