Jurassic World’s Mosasaurus: A Water Dinosaur or a Marine Reptile? 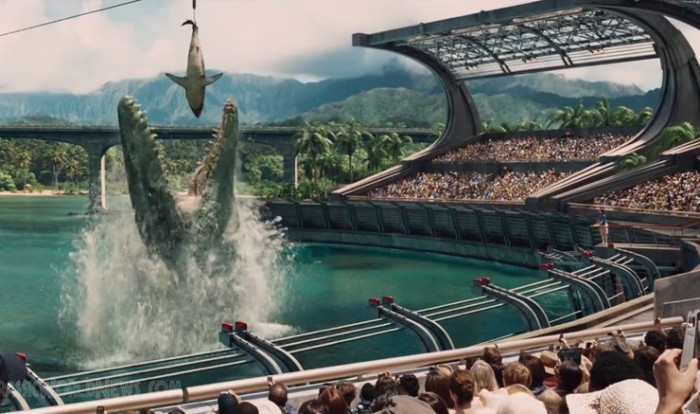 A genus of mosasaur, Mosasaurus prowled the frightening seas of the Cretaceous. It was not a dinosaur but a colossal sea lizard. Using its terrifying array of teeth, it preyed upon large fishes, seabirds, and other sea reptiles, including giant white sharks. The second set of teeth in its upper palate ensured that any prey sliding down its throat doesn’t escape. Its closest living relatives are the Komodo dragon and Monitor lizards.

Mosasaurus was named so because its first specimen was discovered near the Meuse River. This extinct carnivorous aquatic lizard existed during the Maastrichtian age of the Late Cretaceous epoch in western Europe and North America. 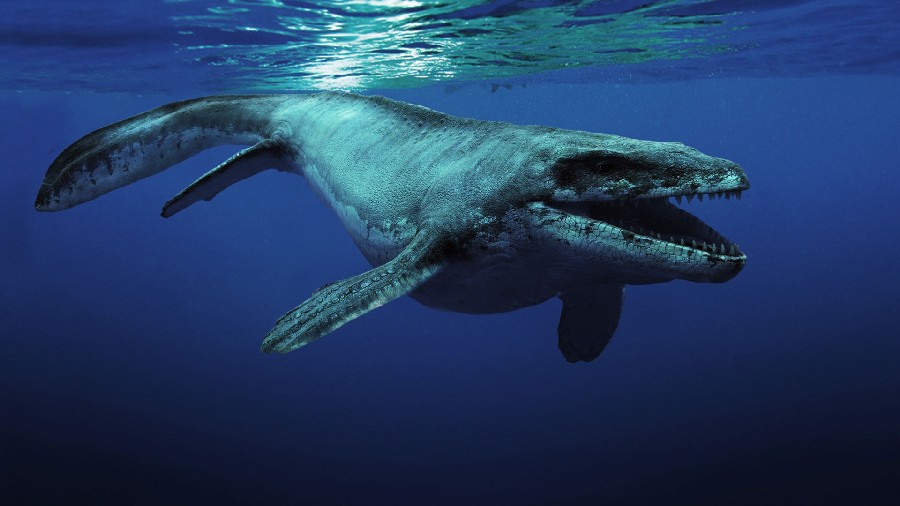 In 1764, the first skull relics were discovered by researchers in a chalk quarry of St. Pietersberg, Netherlands. And in 2012, paleontologists found the oldest Mosasaurus skeleton in the very same quarry. 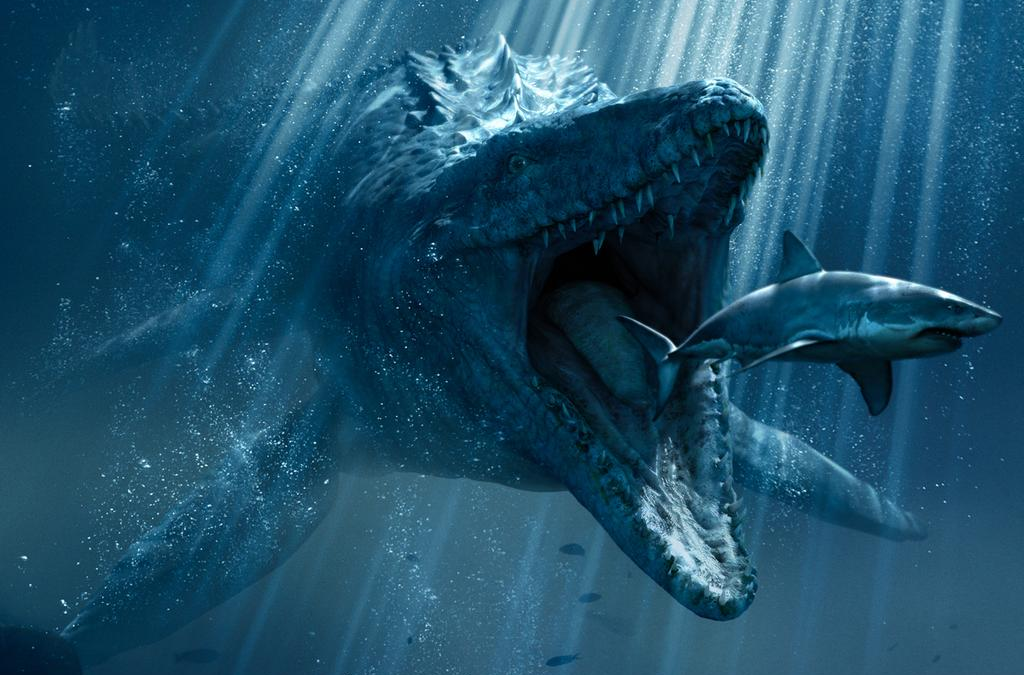 This scary creature had a large crocodile-like jaw with two rows of sharp teeth, a weak sense of smell, and big eyes with very poor depth of perception. Its four flippers and a strong tail allowed its effortless movement in the ocean. Some prehistoric shark species could attack and slay a Mosasaurus.

Scientists believe that its major hunting strategy was staying and waiting near the water surface and attacking when the animals came up for air. It never went into deep waters to find and attack its prey. Based on a Mosasaurus fossil found in Angola in 2013, the relics of three other mosasaurs were found in its stomach. This provides evidence that these aquatic monsters might also have been cannibals. (1.1)

In the 2015 sci-fi adventure film Jurassic World, there was a tourist attraction at the park called the “Mosasaurus Feeding Show”. It was nothing but a parody of what SeaWorld does with lethal whales. As the spectators are watching a Great White Shark suspending above the pool, the spine-chilling Mosasaurus gushes out of the water and gulps it down. After that, the audience sees it floating inside the water.

Later on in the film, Mosasaurus takes Zara into its grip and drops her into the pool when the Pterosaurs escape and create destruction. As the Pterosaur struggles in taking hold of her from water, the Mosasaurus pounces and devours both Zara and the Pterosaur.