For anyone who has some amount of kindness in them will agree that animals shall not be treated as slaves in circus. 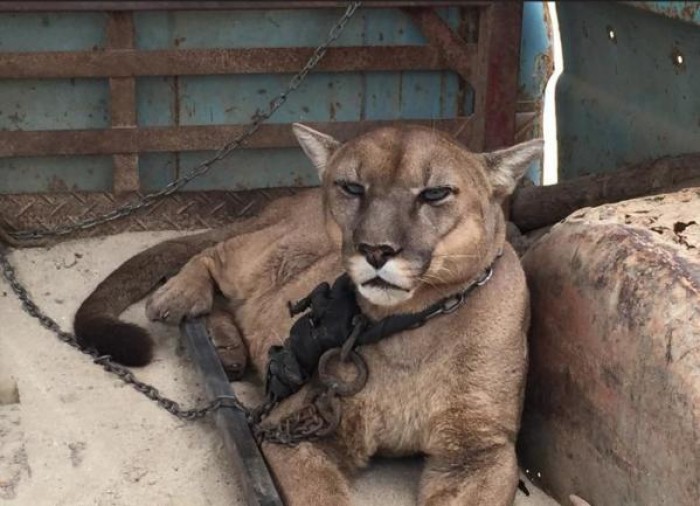 For anyone who has some amount of kindness in them will agree that animals shall not be treated as slaves in circus. The heartbreaking reality behind the fun of circus animals is not widely known. Most of the circuses treat animals as slaves. For mere fun and entertainment of audience, animals are forced and beaten down to act against their natural ways. For those who walk on four legs are forced to walk on two legs. They are chained to their necks and taught to walk.

Another such circus has been caught. They had chained a mountain lion for 20 years and the lion named Mufasa has finally been set free.

Animal Charity ADI learned about the illegal confinement of Mufasa 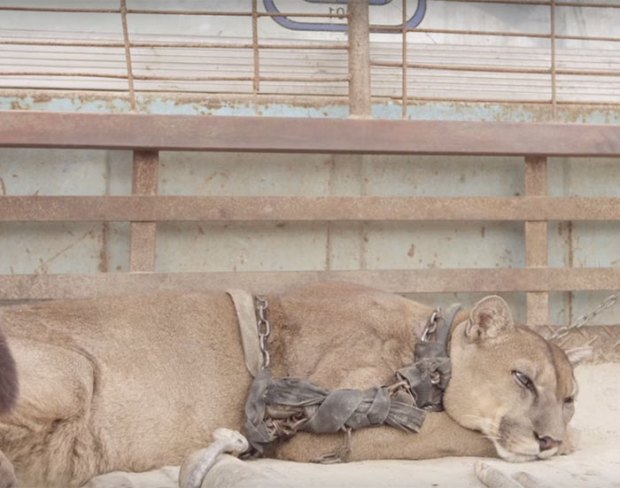 Mufasa has been kept by these illegal circus owners since 20 years. He had been chained by Circo Koreander circus at the back of truck in a heavy harness all these years. They used to torture him in this way for performing at their shows. Peru has already banned wild animals in circus since 2011 but many ignore the rule.

However, the officials of Animal Defense International (ADI) organization freed the mountain lion from an unidentified area of northern Peru. The lion was in no state to be moved anywhere. Jean Creamer, President of ADI said-

After the tense standoff between circus members and police, Mufasa was freed 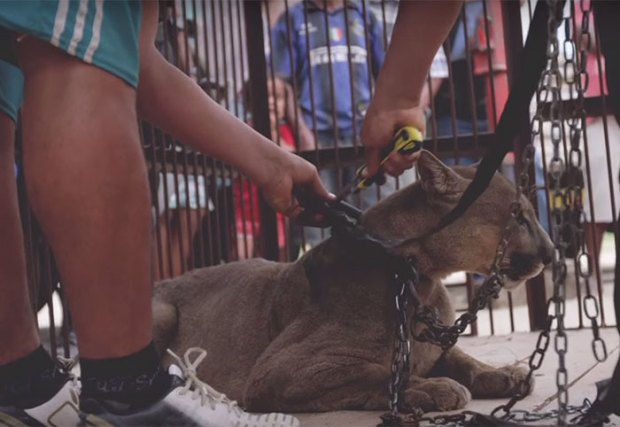 Mufasa was taken to the rehabilitation center and after he restored to full health, he was released into the Tambopata National Reserve in the Amazon rainforest situated in southeastern Peru.

Mufasa spent the rest of his days happily but soon passed away because of his growing age.

Jan Creamer had a statement posted on ADI’s website

We are glad that Mufasa finally achieved a life which he had been entitled to. He spent his final years away from the cruelty of circus.

Here is the full story