10 Exceptional Things You Should Know About Crow’s Intelligence

Believe it or not! Birds have some extraordinary behavioral feats, from solving complex puzzles to tool making. They never get failed in flaunting their smartness especially crows. A new study shows that crows are the smartest and brightest bird creatures. Let’s see how? 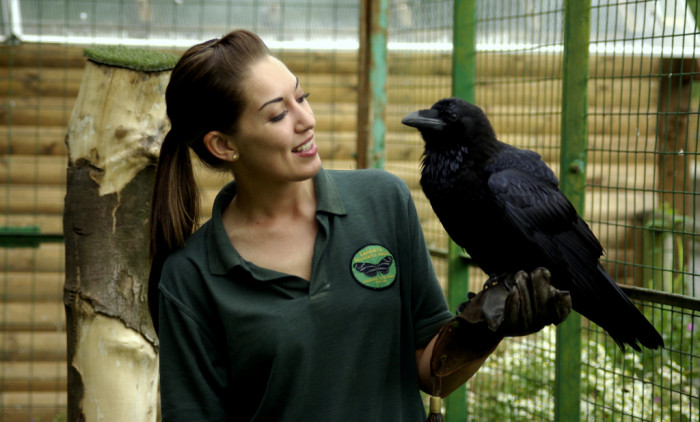 A couple of years ago, scientists have wondered how crows are capable of exhibiting many complex behaviors with their tiny brains, from manufacture tools to solve the extreme puzzles and lot more, they are pretty famous for flaunting their intelligence. Let’s get started here:

1) As Intelligent as a 7-Year-Old Child 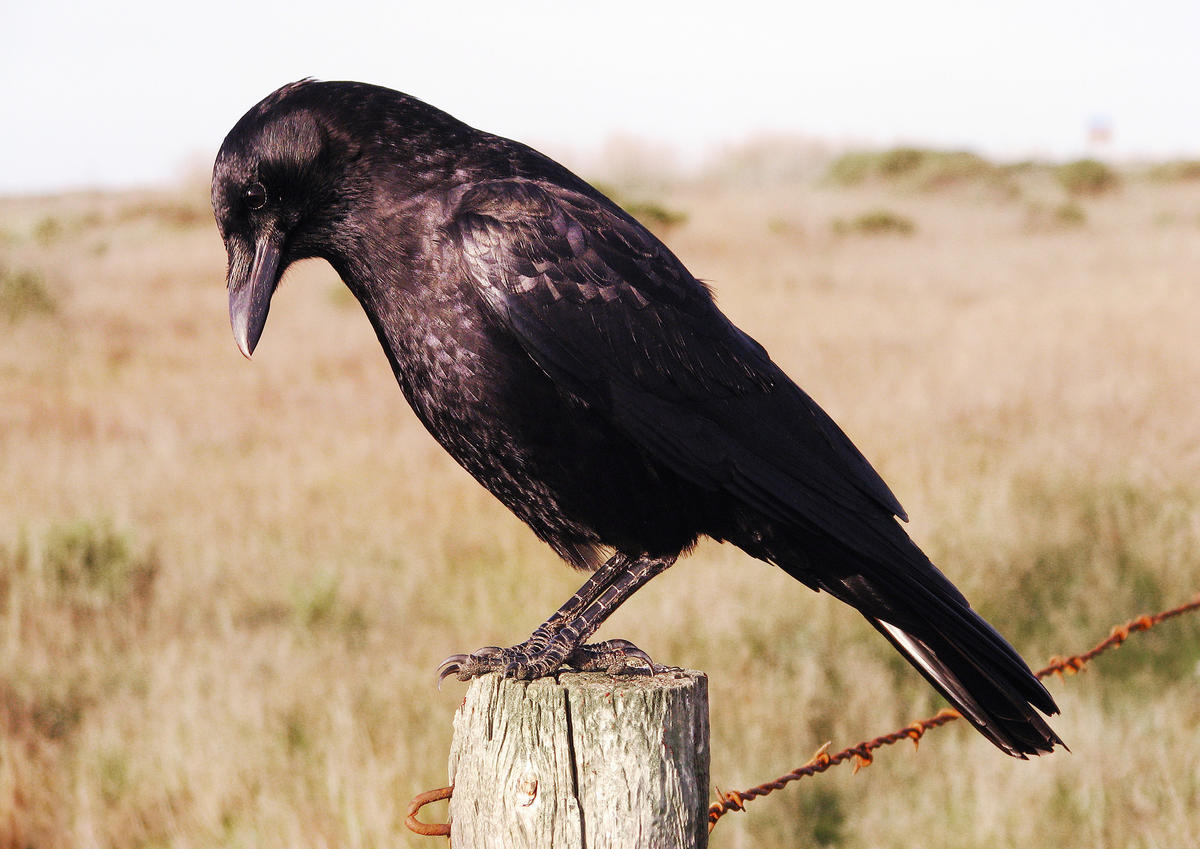 Studies have revealed that birds especially crows are as smart as a 7 years old child. Yes, this is true! No wonder, a crow’s brain seem small in comparison to a human brain but, it doesn’t matter here because scientists have concluded that crow’s brain is quite comparable with a primate brain.

Even Professor John Marzluff at the University of Washington's Aviation Conservation Lab reveals the fact that, a crow is essentially a flying monkey. However, whether it will respond in a friendly way or in devil way really depends a lot on what you've done to the crow.

Friend or Enemy? Crow will never forget you. It's because crows have the special ability to recognize human faces, especially the faces of humans who have done wrong with them or with their friends.

Crows have owned the title of smartest bird and this title comes with several eye-catching attributes and this is one of them. Although, this is a rare feature but, crow is the one bird who can do it without any difficulty.

In order to evaluate their recognition ability, Dr. Marzluff and two students wore three different rubber masks (dangerous, generosity and neutral) and trapped the crows and released them.

What they have noticed is pretty surprising, the crows had not forgotten anything they scolded people in the dangerous mask, but only if the mask had been worn by someone who had messed with them. (1.1) 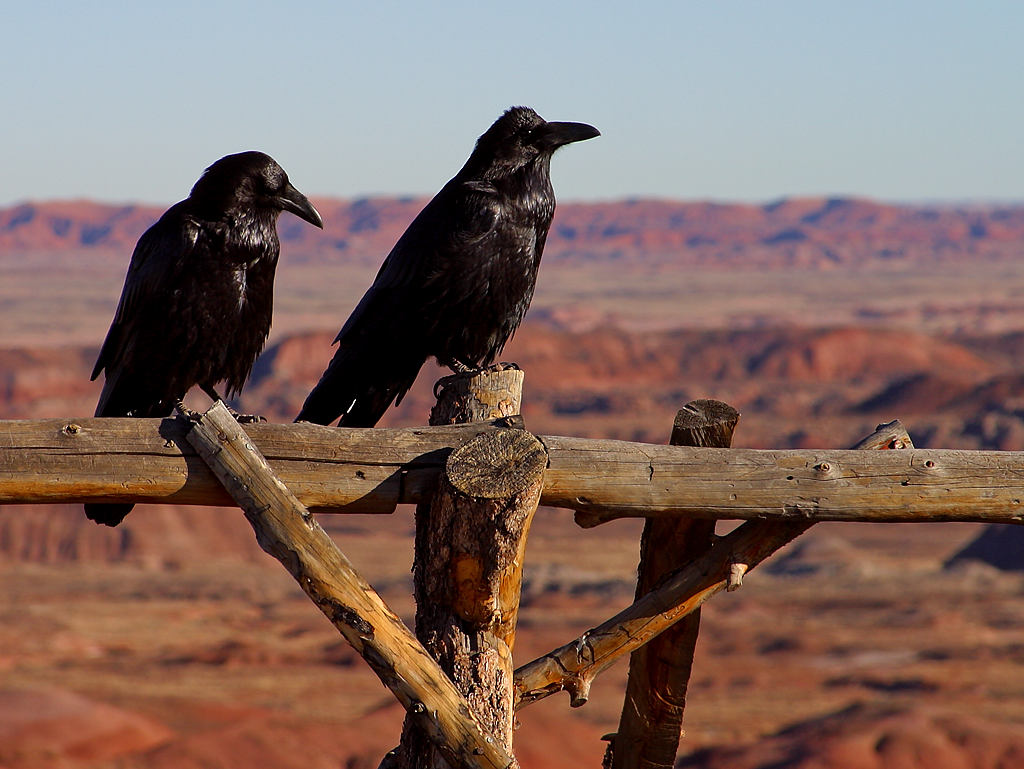 It seems like two friends having a chit-chat, isn’t it cute? Well, yes if off chance you ever see the two crows gazing at you and cawing at each other, it simply means they are talking about you. Although, barely we can understand their communication, researchers had revealed that they can even describe their attackers to other crows. 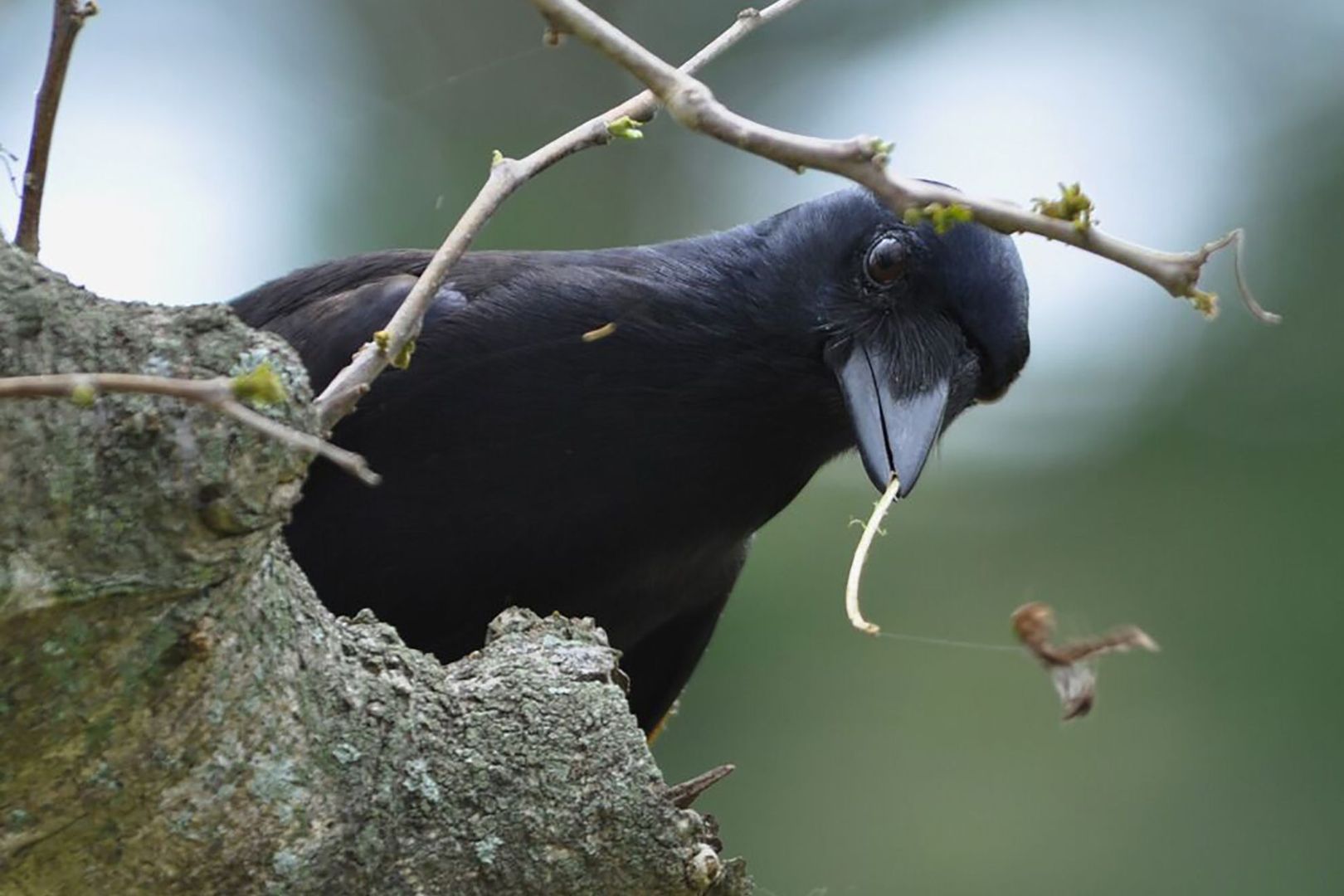 Crows are exceptionally famous for making tools and crafting sticks into the hooked tool. Isn’t it astonishing? There are many species who use tools or stick or other materials to solve their problem but crow has some unique solution they use to bend wires to make tools.

5) Their Intelligence to Drink Water 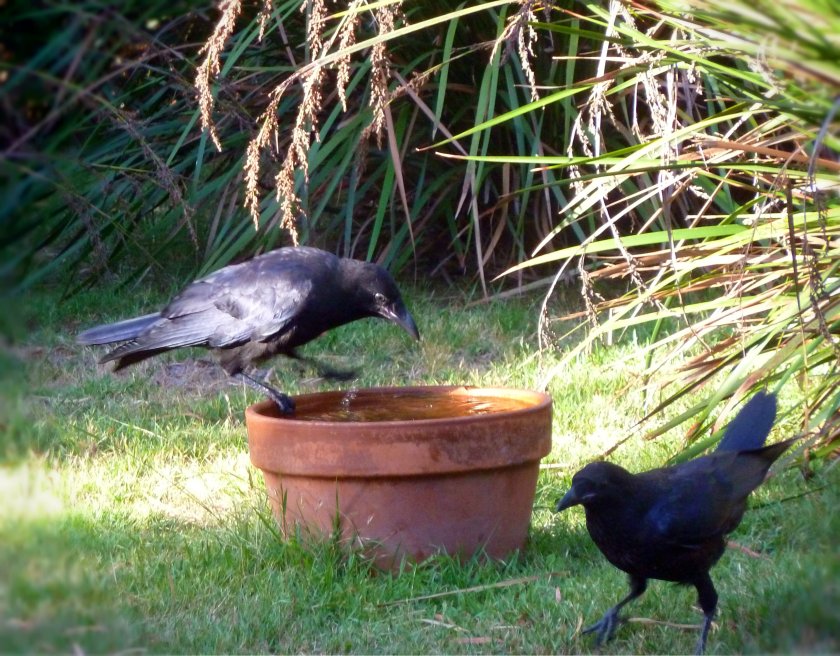 You probably saw the efforts of thirsty crow to take a drink. We often noticed that they drop stones into a small water tank in order to raise the water level, we must say really smart move! Even in the research test, the crow drops a dense object in the water rather than selecting the object that would float in the water, nor did they select ones that were too large for the container. 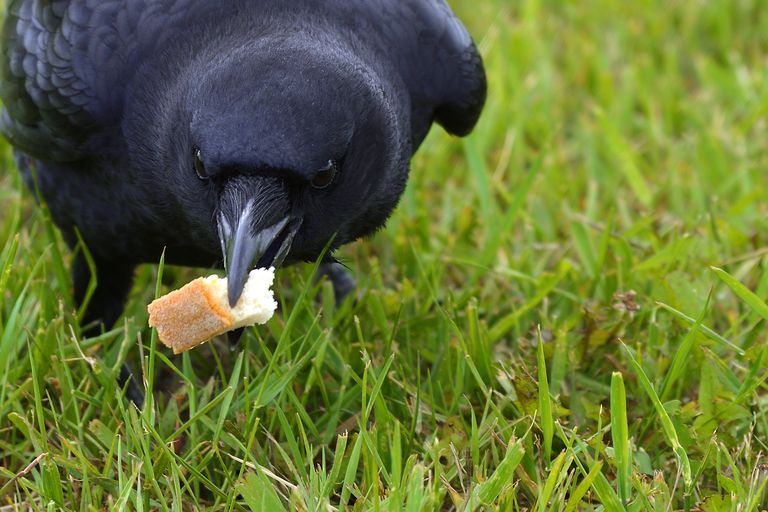 Despite being clever, a crow is widely known for its future planning skills! Surely at first glance, it will sound hilarious, as most of us think that future planning is an only human trait. But, Crows has some different opinion about the same, they not only plan for future events but consider the thinking of other birds around them. Yes when the crows find the food, firstly they Kinley observe the surrounding as if another bird is watching them or not if yes then they immediately change their plan and hiding spot also. 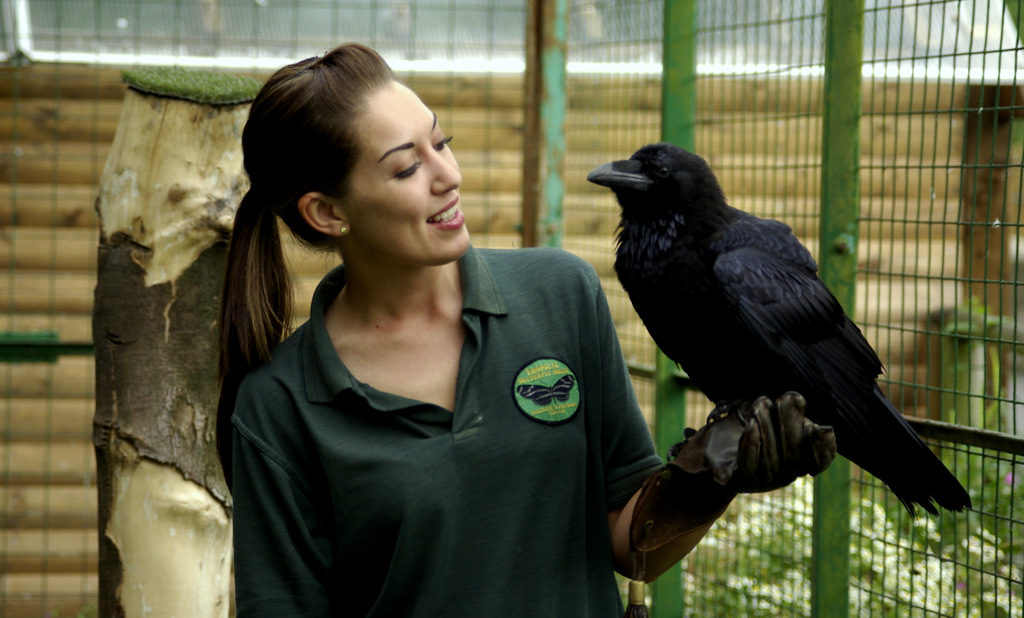 Birds are more sophisticated than we used to think especially crow. You might be wondered how the creepy and annoying bird like crow can be sophisticated. But this is actually true. Crows are adaptive in nature, they can easily fit in the human world. Even researchers have concluded that they have learning properties too, they watch what we do and learn from us and try to adopt the new aura.

8) They are Smarter than Your Pets (Probably) 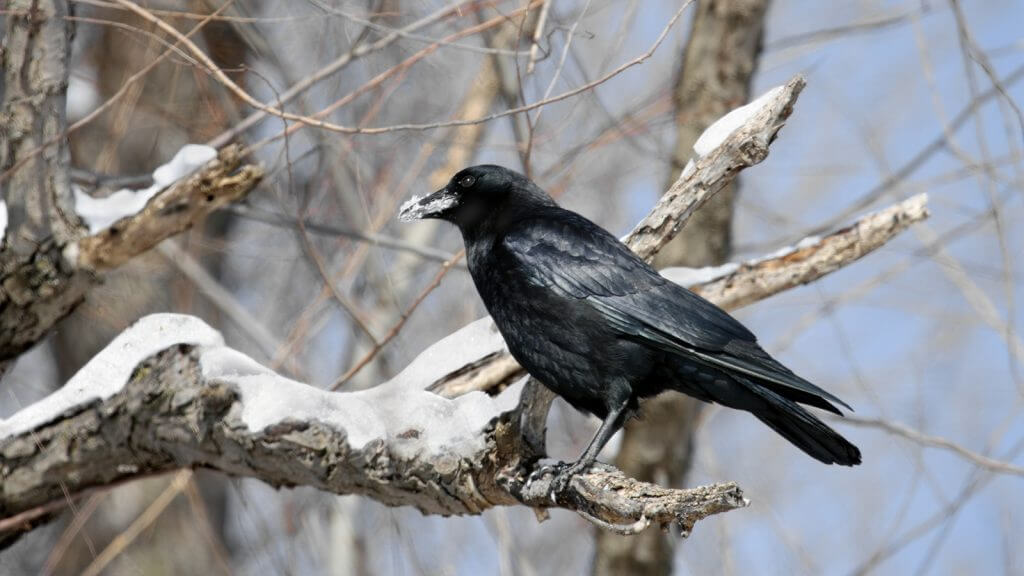 We are not denying the fact that dogs and cat are the most popular and admired pet and they have their own extraordinary skills which make them special. But, when it comes to solving the complex problem crow can beat them. In order to solve the problem cats and dogs generally, prefer normal ways while on the other hand crows make use of tools. In this respect, you can fairly say that crow is probably smarter than your kitty and dog. However, there is no clear proof of their comparison yet.

9) They Never Forget What You Did

We all know that crows are little bit annoying and creepy too. They believe in keeping grudges and taking revenge. Yes if you ever did something wrong to them then, they will try their best to pay off, instead, they can pass on a grudge to their offspring. Even their later generation can also take it to another level. 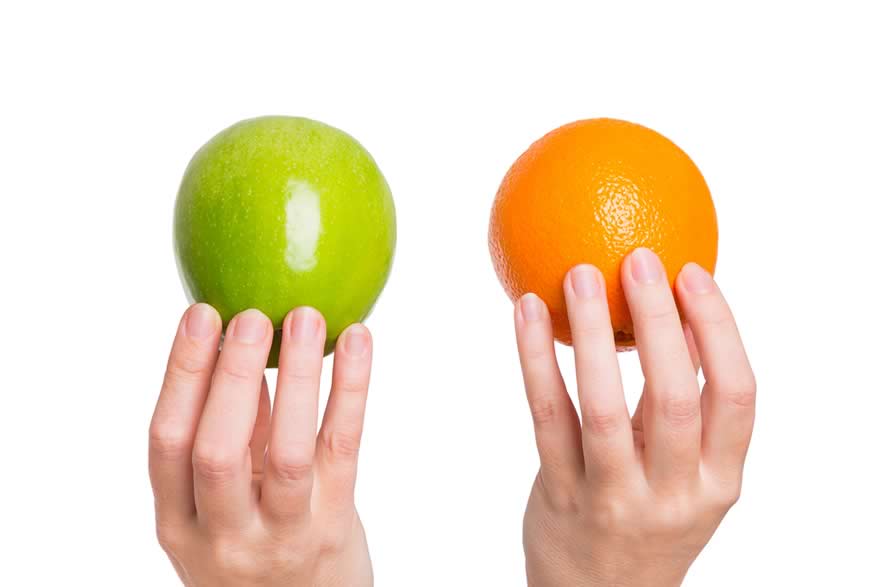 The analogy is a huge term in science, reflecting a comparison between two things. In order to check the Analogy capability of a crow, the famous Ed Wasserman and his Moscow-based team trained few crows to match the things having the same color, same  shape, and number. The same process they apply to other birds. They have noticed that the crows grasped the concept pretty easily and promptly as compared to the other birds. So, without any doubt, we can say that crows can easily differentiate things, colors, shape, and numbers.

However, scientists have recognized that it is practically tough or almost impossible to determine problem-solving and awareness skills of a bird and animal as its pretty much depends on body shape and habitat. But, Yet, even by the same standards used to measure human intelligence, crows are super smart. (1.2)