One of the gentlest creatures on Earth, the deer symbolizes the spirit of grace, peace, innocence, and softness. Here are the meanings of deer symbolism in tattoos, dreams, native cultures, and as a totem animal. 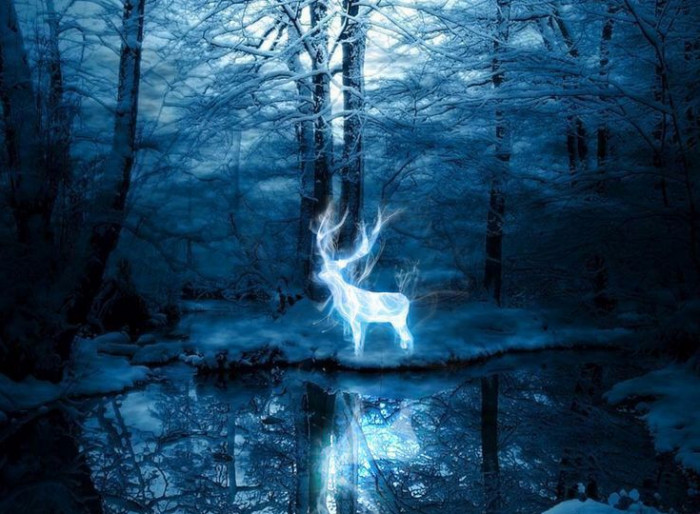 Deers are the gentle creatures on Earth with the spirit of softness, grace, and innocence. They remind us of our own innocence and the intrinsic need to be nurtured and protected. A symbol of peace and other virtues, they do not cause harm to anyone.

Here are the interpretations of deer symbolism in dreams, diverse cultures, tattoos, and as a totem spirit animal. 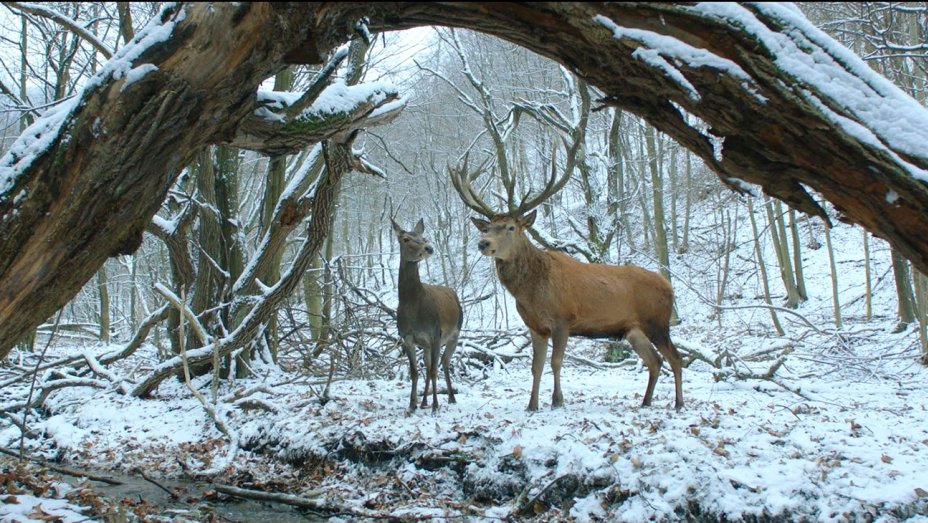 Deer is the symbol of grace, compassion, and natural beauty. It has feminine qualities and may depict the feminine side of your identity. Vulnerability and naivete could also be an interpretation and so people may take advantage of you and your ingenuity.

Seeing a male deer or buck in a dream may mean alertness, virility, and assertiveness. And when two bucks are fighting, it means male aggression and that you are trying to dominate or gain control over some area of your life. 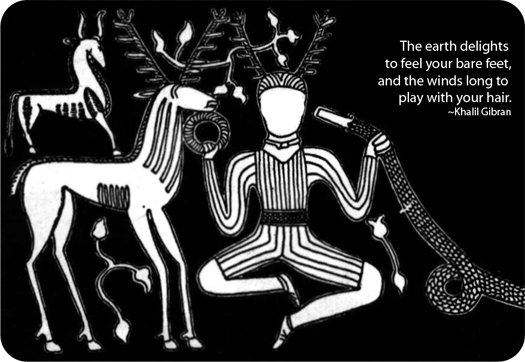 In China, the deer symbolizes happiness and good fortune. Its name in Chinese is the homonym for the word ‘abundance’.

In the Celtic culture, the deer had two facets: the feminine element called Eilidh in Gaelic and the female deer symbolizing gentleness, grace, and femininity. They believed that the deer was called to men from the fairy kingdom so as to liberate them from traps of the earthly world and taken them to a magical world.

In such legends, they would often change into women to avoid being killed or hunted. The masculine element ‘Damh’ was also there and it was associated with sacredness, pride, independence, purification, and forests. Stag happens to be the king of the forest and the protector of other creatures.

For Native American tribes, the deer is a messenger, a totem, and an animal of power that symbolizes gentleness, sensitivity, and intuition. Some of the groups would hand over the hunt to the deer, which also had a connection to fertility. A Cherokee legend tells how the deer got their antlers after winning a race from the rabbit. The forest animals wanted to know who was quicker of the two, but rabbits tricked before the race and deer won the antlers. 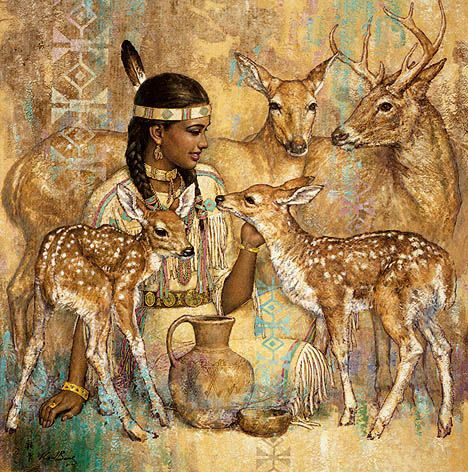 Among the Wixaritari or Huicholes who inhabited central Mexico, the deer is an animal that helps in translating the language of the gods for men. For them, the deer is the first Shaman or marakame which later on turns into an interlocutor between the shamans and other gods. The deer is closely associated with the two plants: peyote (its heart)- the animal and the plant are one in essence, and corn- a deer with antlers. In this tradition, an infinity of deer exists and the most important is the original 5 located at the 5 cardinal points (the blue, red, white, black, and yellow deer). The deer’s reproductive cycle has a connection with the ritual calendar of Huicholes.

Deer is the symbol of happiness, peace, longevity, and harmony in Buddhism. The representation of a male and female deer together (often beside the Dharma wheel) indicates the first teachings of Buddha near Varanasi. According to a legend, a Buddhist was a golden deer in one of his former lives who talked to men. By this tradition, deers are timid and peaceful animals whose presence represented the purity of the kingdom without any fear. Some Tibetan legends are also there in which deer help men in solving problems.

The deer symbolizes piety and devotion to God taking care of his children (men) in Christians. For instance, the legend of Saint Eustace tells the story of the Roman general who, before turning into a saint, went hunting and encountered a big magnificent deer. When Eustace glanced into the animal’s eyes, the light of Christ shone and God’s voice spoke to him through his eyes. As a result, Placido (the Roman name for the saint) relinquished hunting and turned into a Christian. 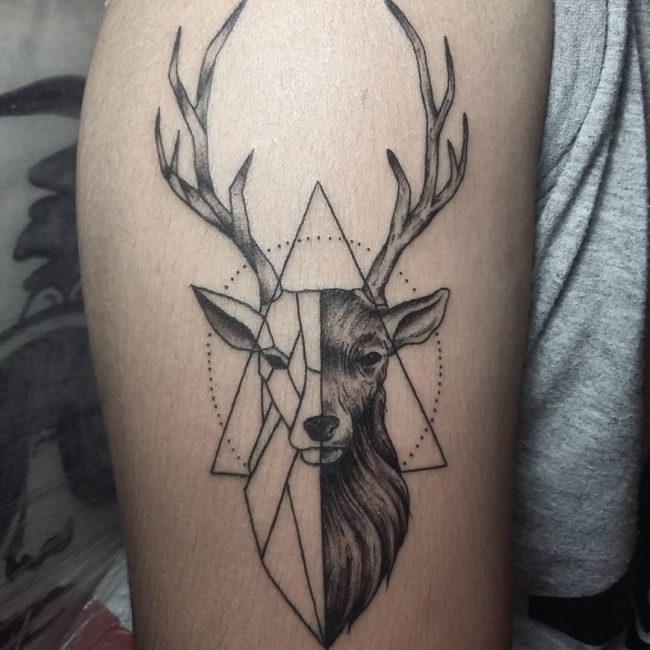 Male deer (stag) and female deer (doe) signify distinct elements. A doe is closely related to motherhood, kindness, and gentleness, whereas a stag is a lustful, virile, and fertile animal.

Deer as a Totem Spirit Animal 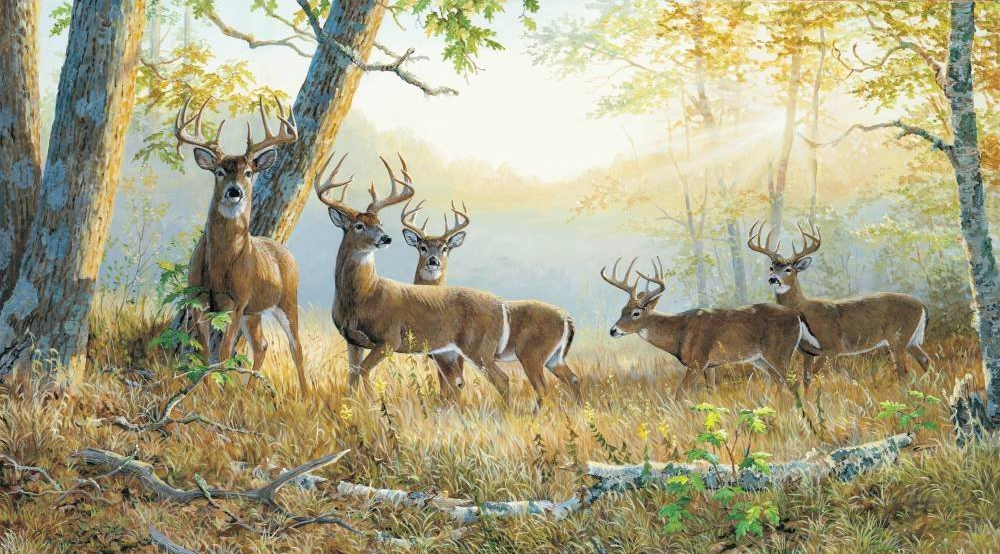 People who are born with deer as their totem animal have the knowledge of using the power of gentleness to touch the hearts and minds of wounded people in their lives. They have a strong inclination to see new innocence and freshness everywhere. They are constantly tempted to go for new adventures. They feel a connection to the arts, especially poetry and music. They are also a keen observer who has the ability to see well in low light. They are also very compassionate, gentle, and loving at heart. One of the 12 Native American Zodiac Signs, deer is the sign of people born between 21 May and 20 June. These people are usually strong yet gentle and wish unity of mankind. Because of high alertness, even little noise can wake them up at night. The best way of calming it down is through a meditation focused on heartbeat combined with deep breathing.

The sound acts as an omen or sign. By listening to it, you will discover where the danger lies and how to avoid it. Nevertheless, the deer does not run constantly - it wants a family and shared goals. The deer perceives all the people as potential friends until they prove to be otherwise, so is with people of this sign.