Scientists have recently captured a high-speed video of a viper snake strike for the first time. 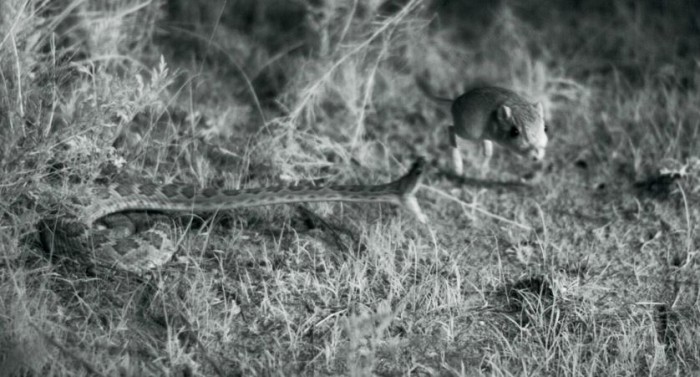 Scientists have recently captured a high-speed video of a viper snake strike for the first time.

In this incredible infrared footage, a Mojave rattlesnake (Crotalus scutulatus) is seen making a grab at a kangaroo rat (Dipodomys merriami) in the New Mexico desert. This snake makes a swift attack without any warning, the rat still manages to dodge the snake’s venomous fangs by twisting its body in the middle of the leap.

According to a new finding, this incident points out the pivotal role of technology in helping the researchers decode the predator-prey interactions and their life-and-death struggle for survival.

"Everything is eaten by something."

Their findings have gone way deeper and talk about the adaptations which enable predators’ hunting successful and also the mechanisms that allow prey to sometimes get away.

In order to document the movements of both the creatures, the researchers had recorded the video at 500 fps (frames per second) and played it at 5% of the normal speed. An impressively accurate footage was obtained at this extra-slow pace. 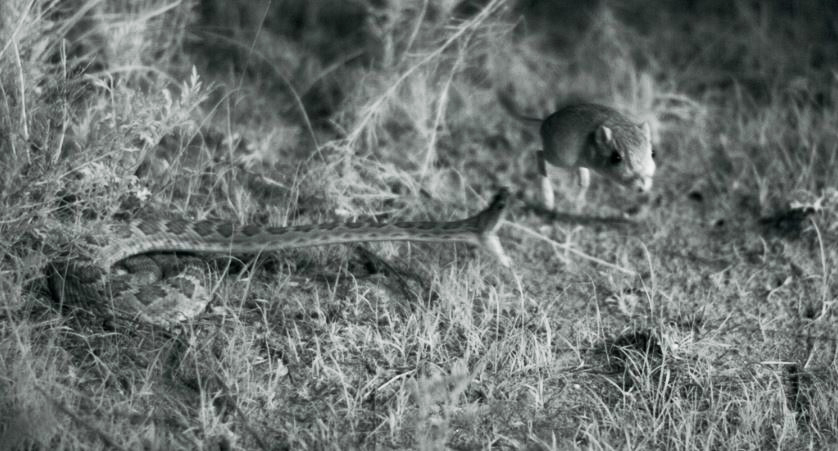 For capturing the dark scenes during night, the researchers used the radio (via implanted transmitters) to track the rattlesnakes. Thereafter, the cameras were placed at the locations where the snakes get coiled up to lay the trap.

Post the installation of infrared lights for video recording, the scientists observed the real-time view of the coiled snake for hours and triggered the cam when a kangaroo rat came closer. In due course, the scientists recorded videos of four successful strikes and four misses.

The scientists discovered that the rattlesnakes made swifter strikes as compared to the earlier studies done on the snakes in a laboratory.

Also, according to the new findings, it is believed that the kangaroo rats store energy in their tendons so that they can jump faster and with more power when attacked.

Timothy Higham, the study’s lead author and an Associate Professor in the Dept. of Biology at UC Riverside, said that examining the deadly dance between the rattlesnake and the prey offers a more precise picture their behavior.

“Predator-prey interactions are naturally variable — much more so than we would ever observe in a controlled laboratory setting,"

"Technology is now allowing us to understand what determines successful capture and evasion under natural conditions. It is under these conditions in which the predator and prey evolve. It's therefore absolutely critical to observe animals in their natural habitat before making too many conclusions from laboratory studies alone."

From Feathers To Bones - Goth Chicken Is Entirely Black