The Blue Footed marine bird is famous among the tourists in the Galapagos Islands. Their blue foot is unique which helps to easily identify them among the other marine birds. 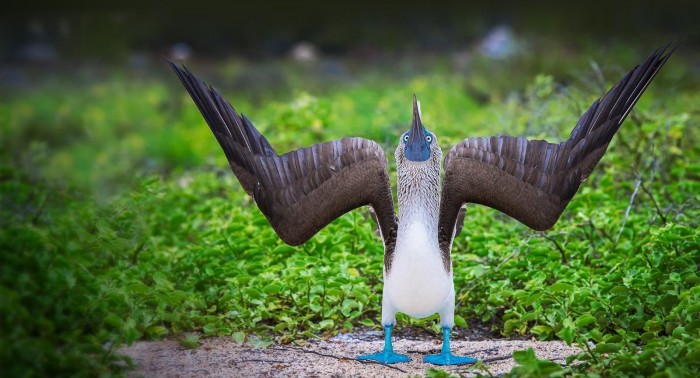 Blue Footed Booby is a marine bird exists near the Pacific Ocean. It is native to the subtropical and tropical regions of the Ocean. These are a large distinctive bird who build their nest on the rocky and small islands. They are most fascinating wildlife species which will catch your eye towards it, not because the species has a blue foot but because they have a charisma which will attract you. 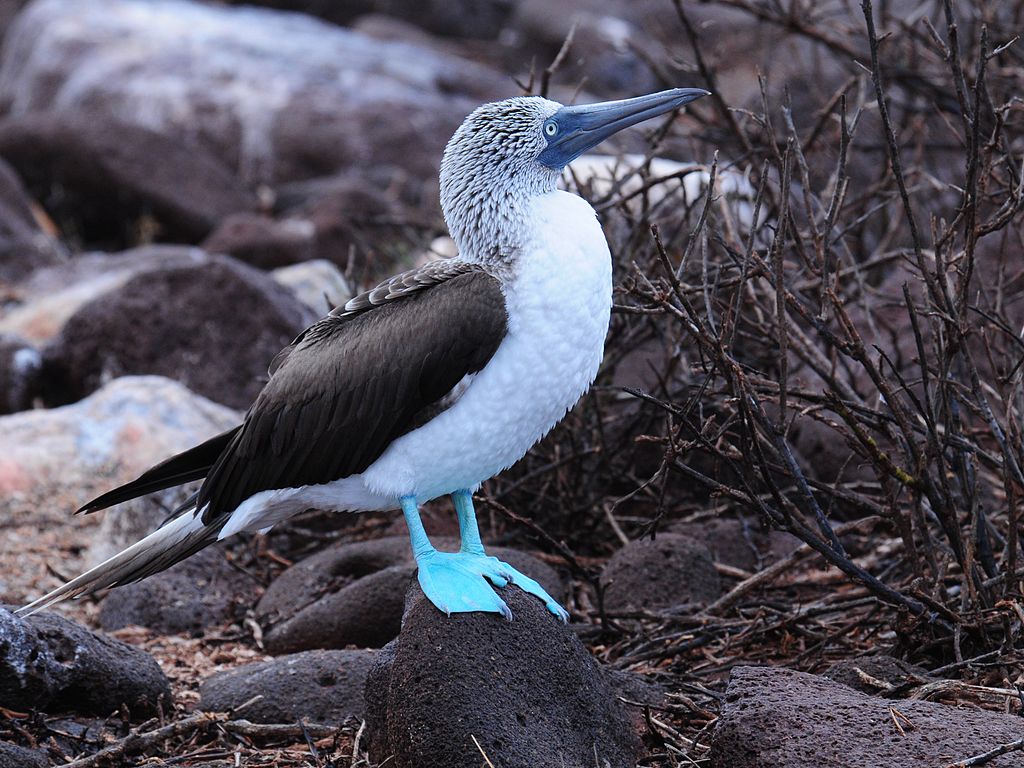 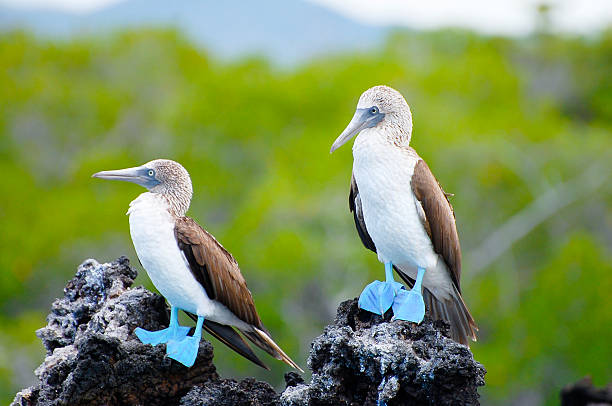 The male birds show off their feets during the mating period in front of the female by picking up their foot and then strutting. The bluer the feet, more interesting the mate will be. The female birds are slightly larger than the male birds. About half of the breeding pairs are found in the Galapagos islands. 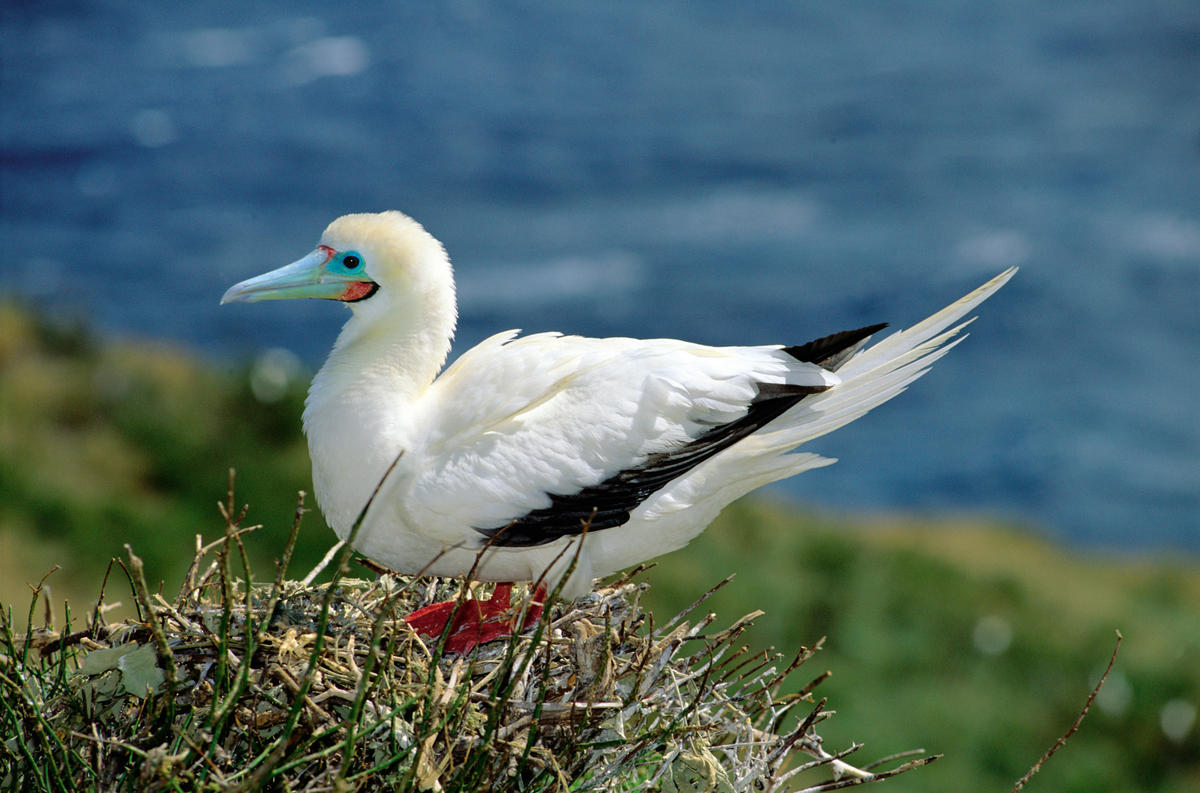 Behaviour Of The Boobies 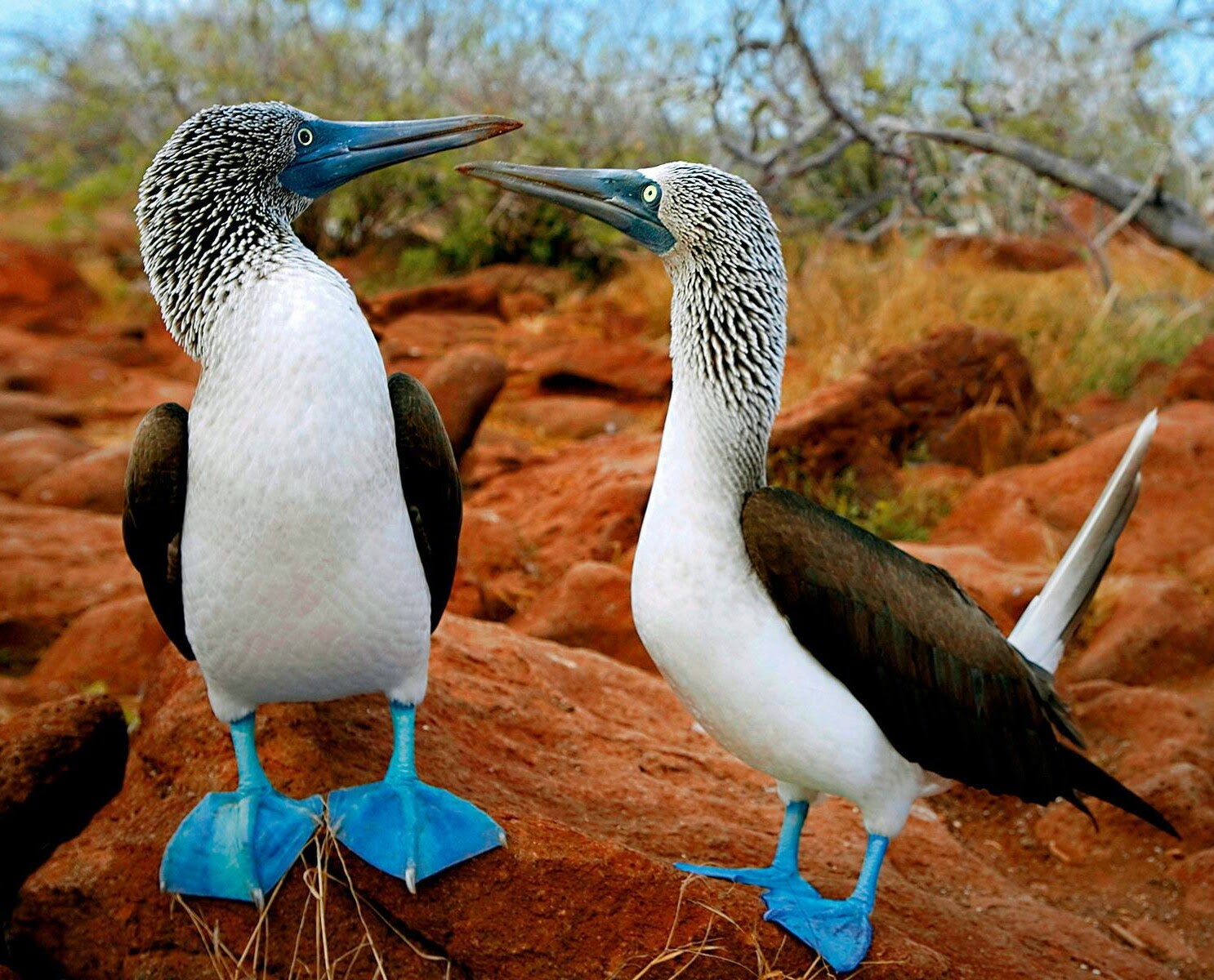 The Blue Footed Booby builds a nest in the night after the day breaks. They fly over the sea while at the same time, they keep a keen eye on the school of clupeid fishes.As soon as they find their prey they utilize the physical adaptations which make them exceptional divers. The streamlined their body and plunge into the water from a height of 80 feet. 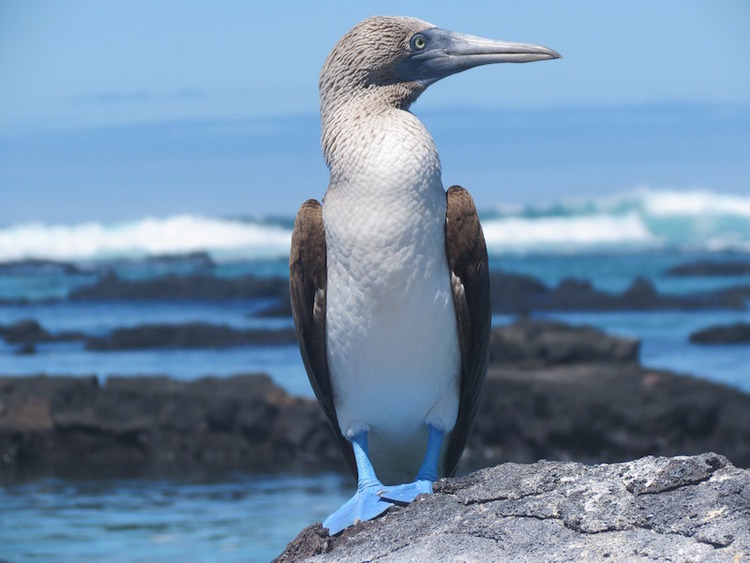 Over the years, it is observed that this species is declining in number because of the decrease in the availability of the food. The researchers and teams found the right cause behind the endangered species. Projects have been launched in order to save the pristine marine beauty from getting extinct. 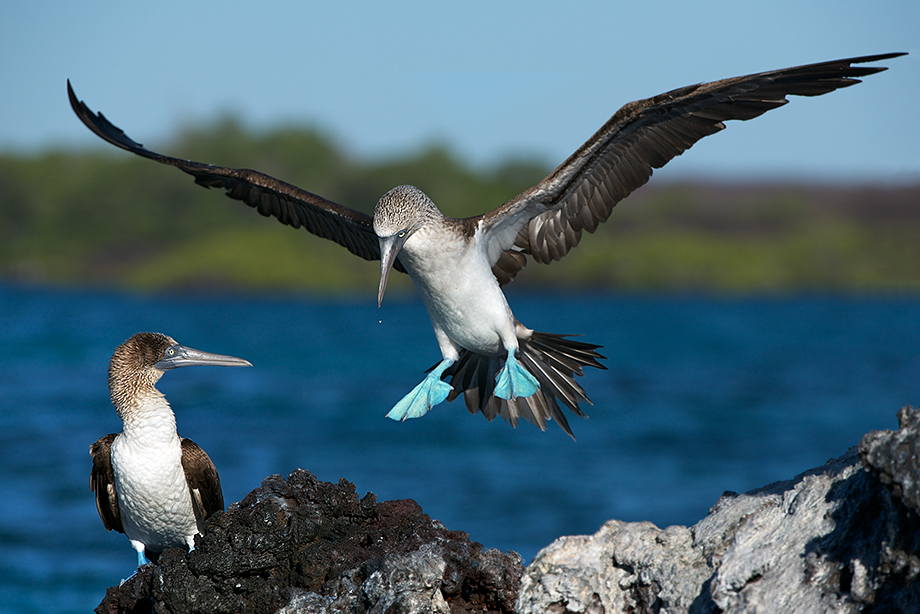 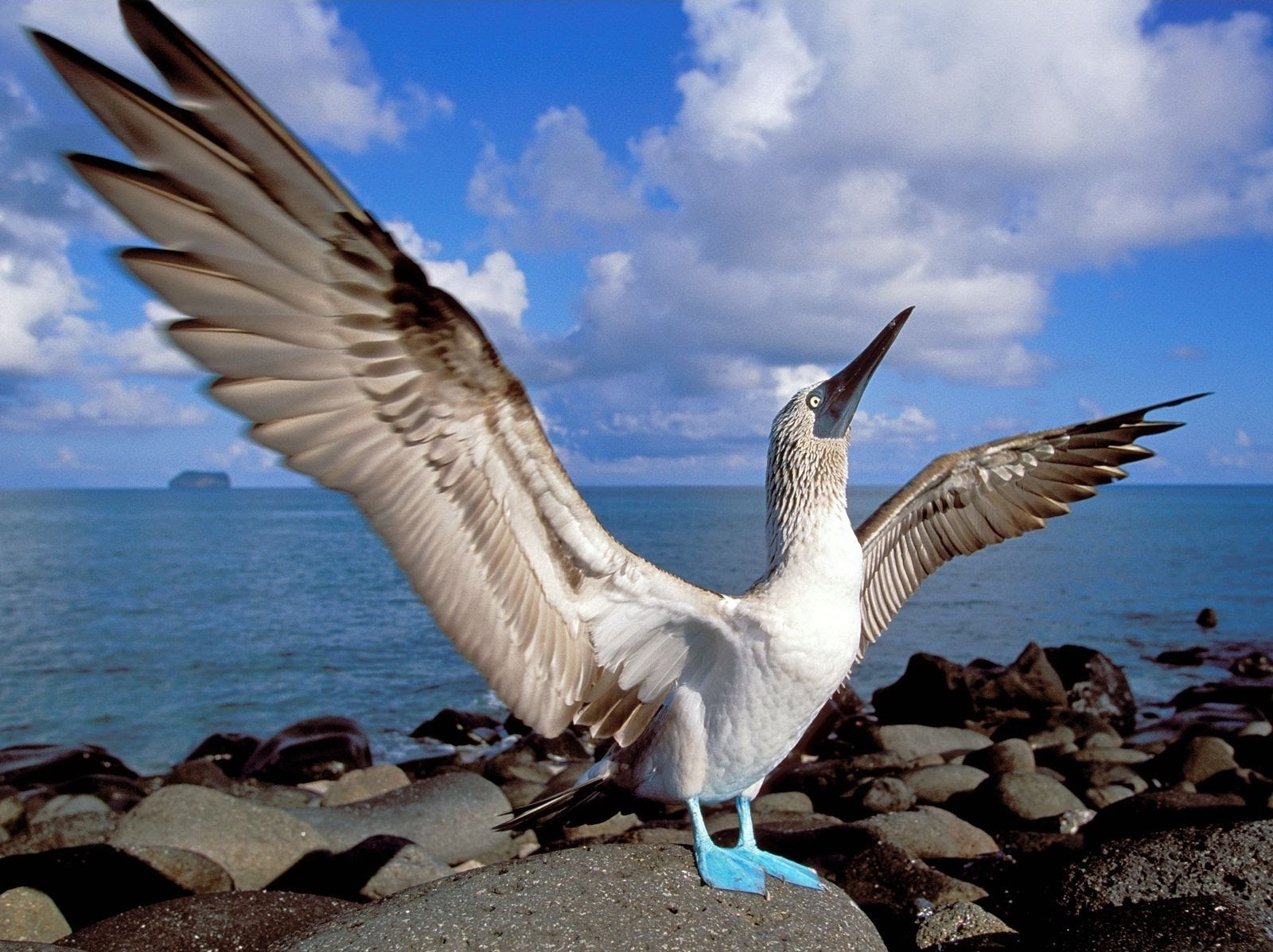 Blue footed booby appears as comical, notorious and clumsy on land. The name is derived from the Spanish term booby meaning stupid, foolish or dummy. Their awkwardness on land is compensated with the air and water where they spend a majority of their time. (1.1)

2) They Are Impressive Divers 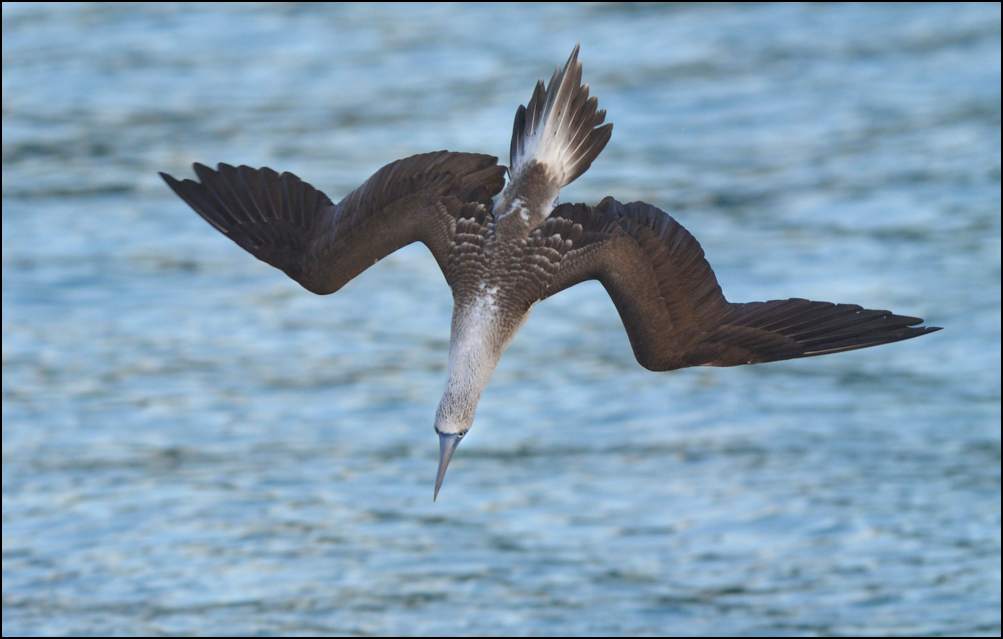 Booby is impressive divers they can also dive from a sitting position on the water surface. Their diet consists of fish mainly sardines, anchovies, and mackerel. They are social and can be seen in flocks.

3) They Are Excellent Swimmers 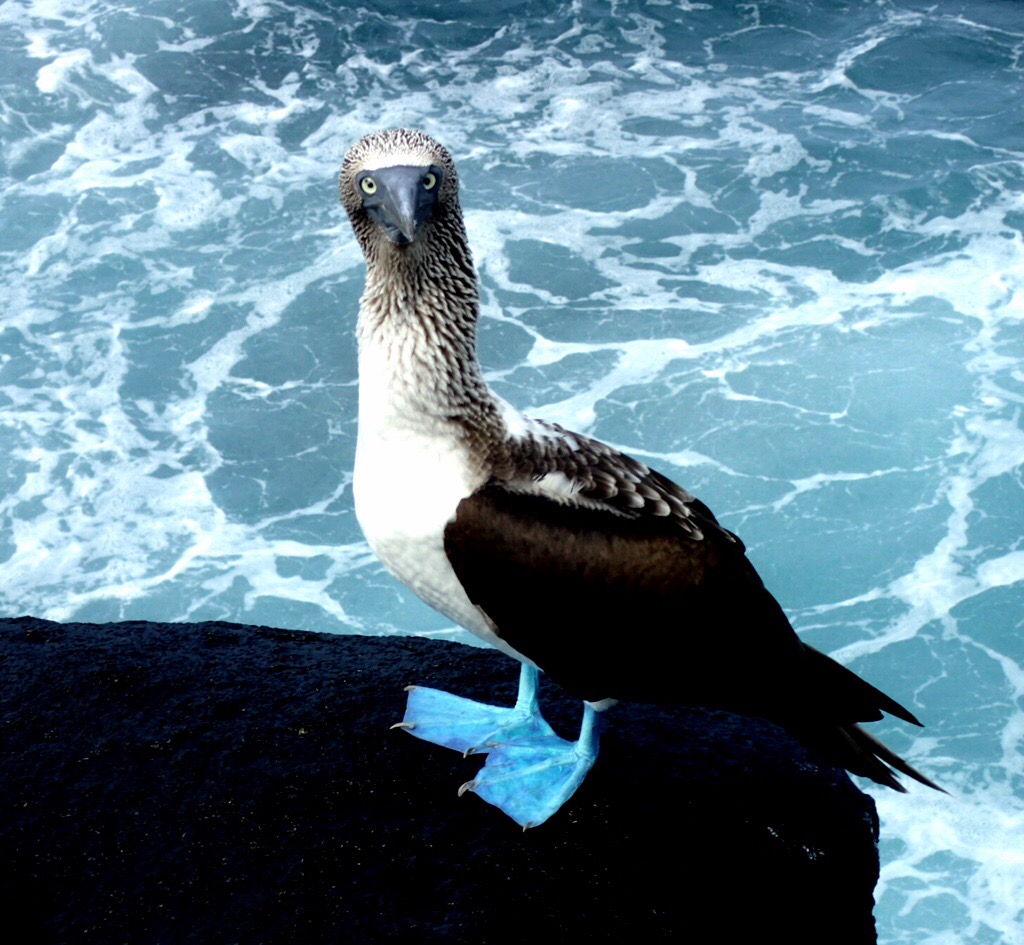 They have a cigar shaped body, narrow wings, and long pointed tails. These features make them agile in the water. This species is well adapted to water. They have swiftness which can plunge in 2 feet of waters.

4) The Reason Behind Their Blue Feet 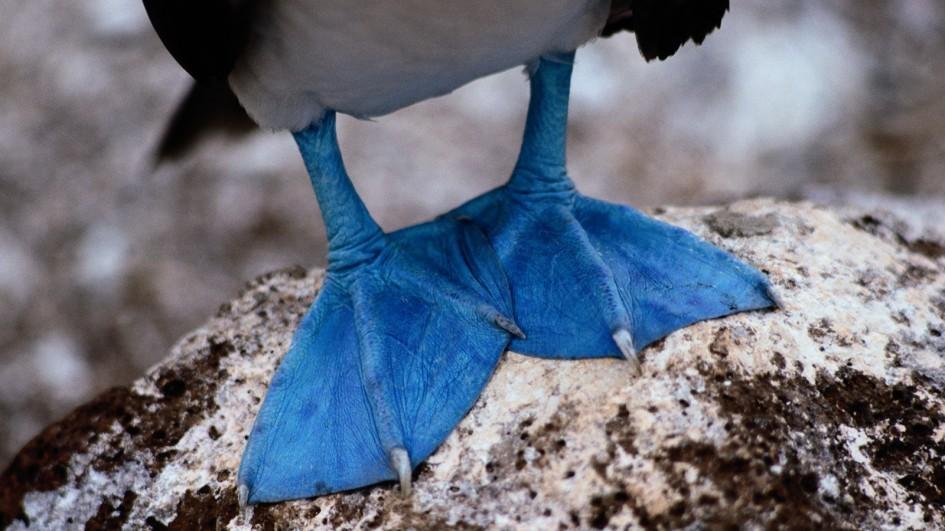 Scientists have discovered that the blue color of the Booby feet is due to the carotenoid pigment which is mainly obtained from the fish diet. The blue pigmentation is a reliable indication of the overall health of the species.

5) Their Distinctive Feet Is Used To Raise Their Young Ones 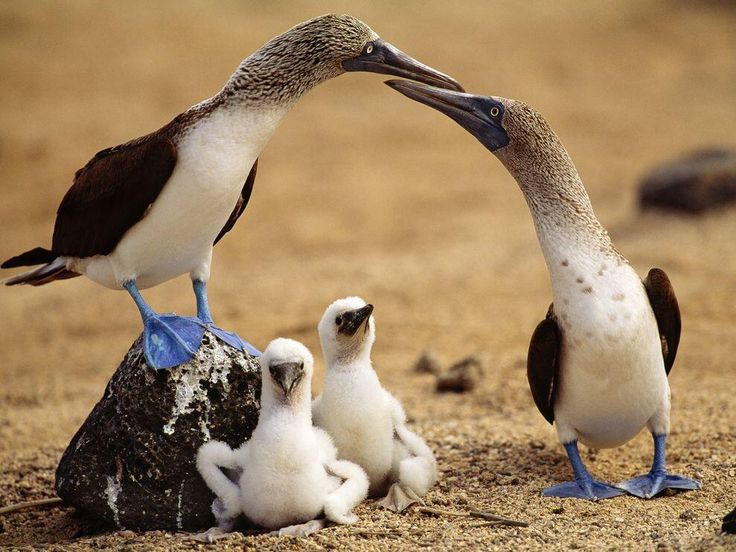 The female lay three eggs at a time so a great care is needed to raise the chicks by both the parents in order to feed the offsprings and also to protect them. They keep the eggs warm by keeping it under the foot.

6) They Nest On The Ground By Using Self Produced Material Booby lay their eggs in the depression on the bare land. They excrete some products from the body which is utilized in building the nest.  Unlike other species, they do not have a boarding patch to keep their young ones warm. 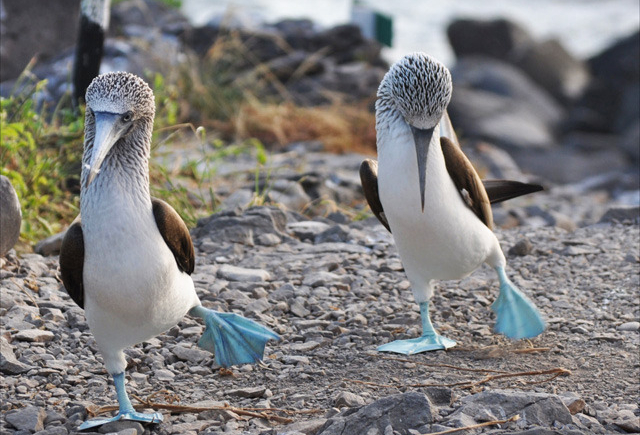 Males produce a courtship to attract females towards them. This fancy and clumsy footwork is aggregated with sky pointing. If the female is impressed by the male then she also joins in the dance.

8) They Are Collaborative Parents 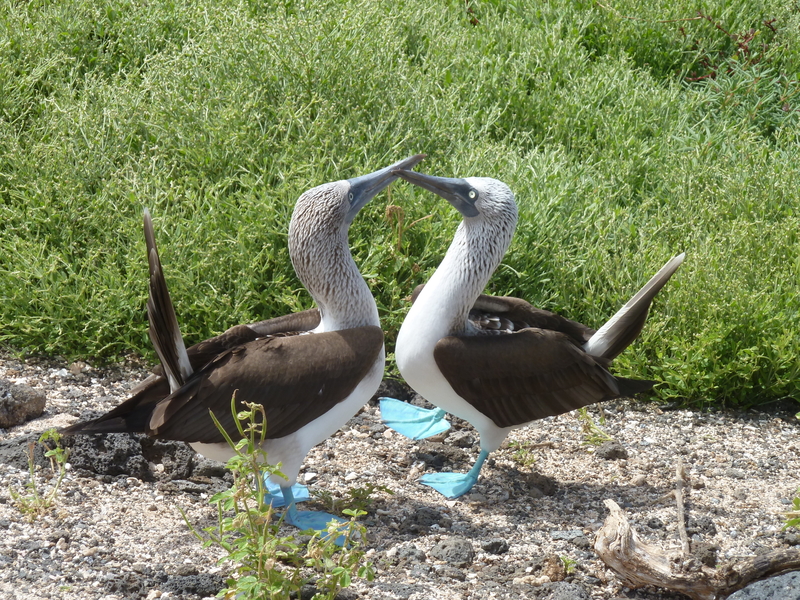 Both the male and female both the Boobies contribute in nurturing their offsprings. The baby boobies have fluffy feathers which due to which they often appear bigger than their parents.

9) Galapagos Are Home To The World's Largest Concentration

The Galapagos Islands have reported that around 40,000 breeding species resides. They are native to central, south America, Pacific Ocean, stretching to southern California down to Peru. 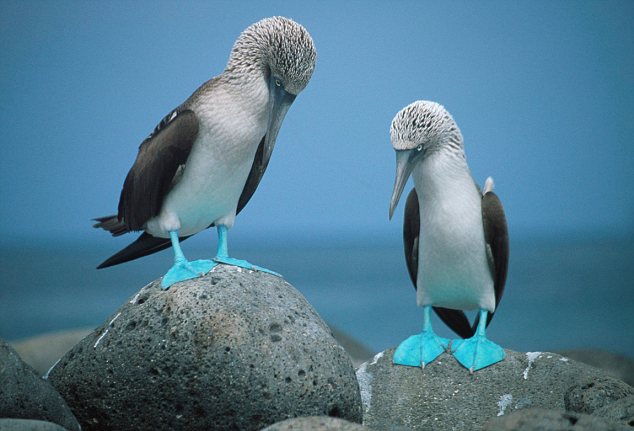 Isn’t the information provided to you is intriguing and amazing. The Blue footed Booby dance is the most exciting sight for the visitors from all over the world.

Is Koko The Gorilla Really Dead? Here’s The Answer