The life of the jungle is not as peaceful as it looks on ephemeral wild explorations. But sometimes if you’re lucky enough you will catch some savage action of the wild, like animals fighting for survival as it can be seen in this video.

Some tourists were on jungle safari exploring the wild of Tadoba National Park in Maharashtra. On their safari, they captured a clash between a tiger and sloth bear. The video taken on Wednesday during Safari shows the encounter between two fierce animals. 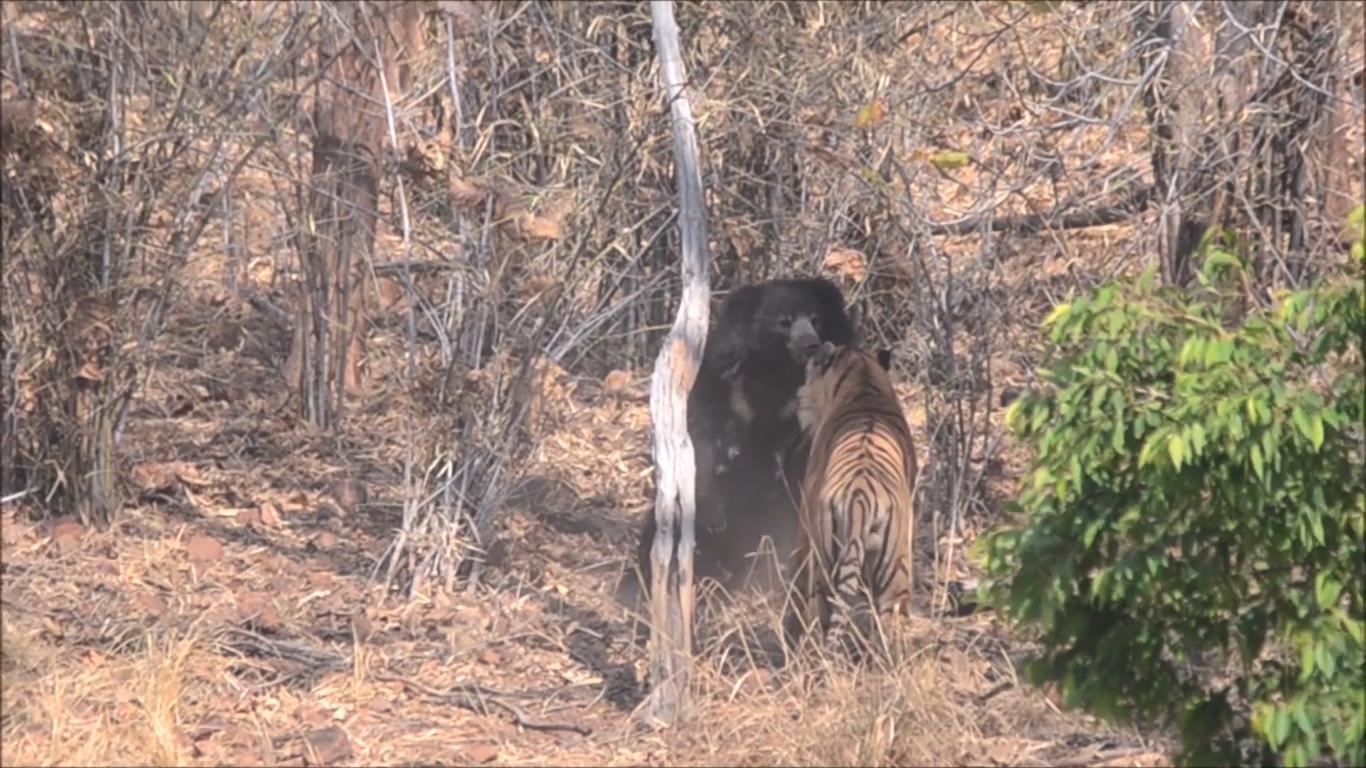 One can see in the video that the territorial tiger is chasing away the bear but suddenly, the sloth bear charges at the tiger. Being an apex predator, the Tiger takes the lead in the beginning,  but faces severe resistance from the thick skinned sloth bear. The next few tense minutes see both the tiger and the sloth bear viciously charge at each other trying to assert their dominance.

Matkasur, The Tiger Vs Sloth Bear Engaged In A Contest For Water

Akshay Kumar, the chief naturalist at Bamboo Forest Safari Lodge, tells NDTV that the tiger is 7-year-old Matkasur. Tiger is a male who has marked the water body called Jamun Bodi as his territory, and sloth bear, a female tried to get some water for her cub and herself which started the conflict.

The Bear Was Just Trying To Get Water For Her Cub 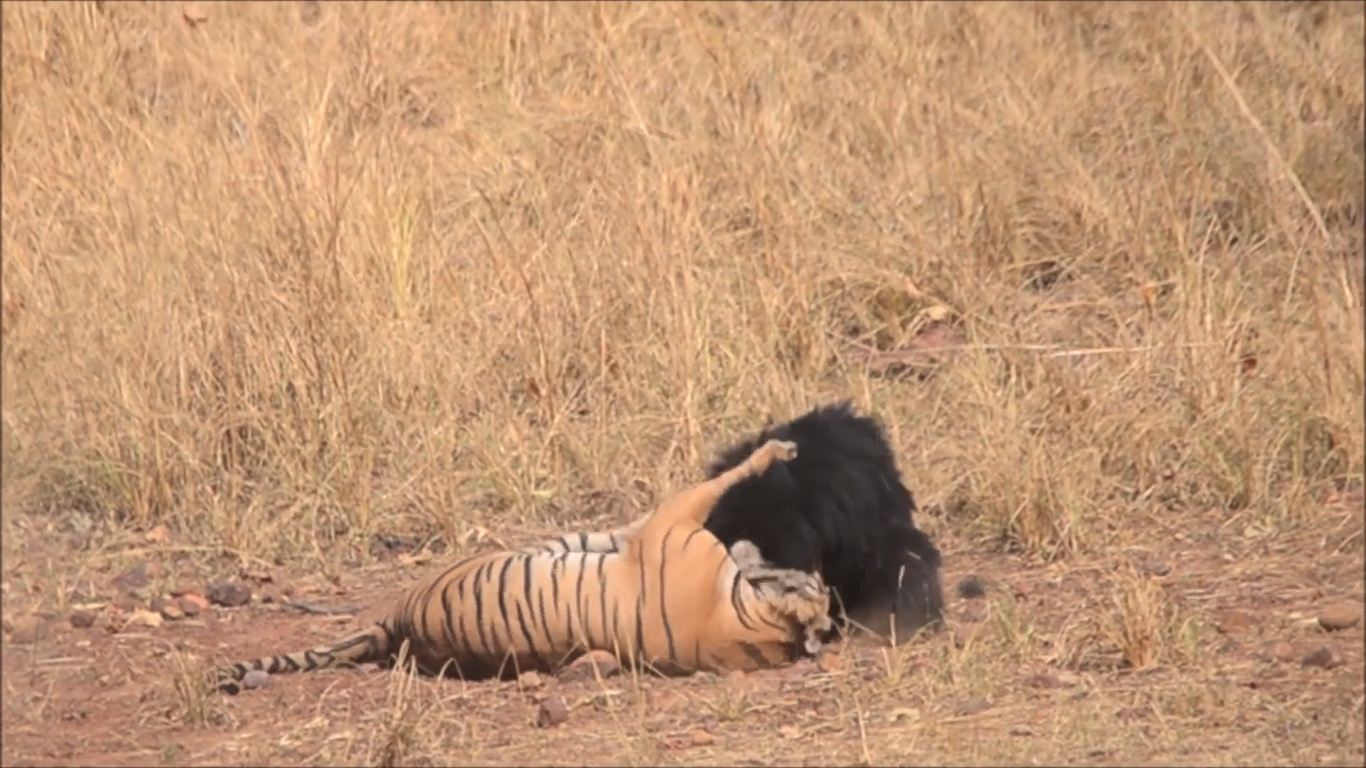 The mother bear, in order to protect her cub, fought back. The distressed cub roared as its mother took on the big cat. Sloth bear fought her and for the life of her cub which is what mothers do the best, giving selfless love and care.

"The tiger attacked the bear for more than five minutes. It went after the sloth bear but she kept charging in order to protect her cub," Mr Kumar told NDTV.

"It went on for 15 minutes. The tiger was roaring. It was a severe fight."

Both Got Injured From The Violent Contest 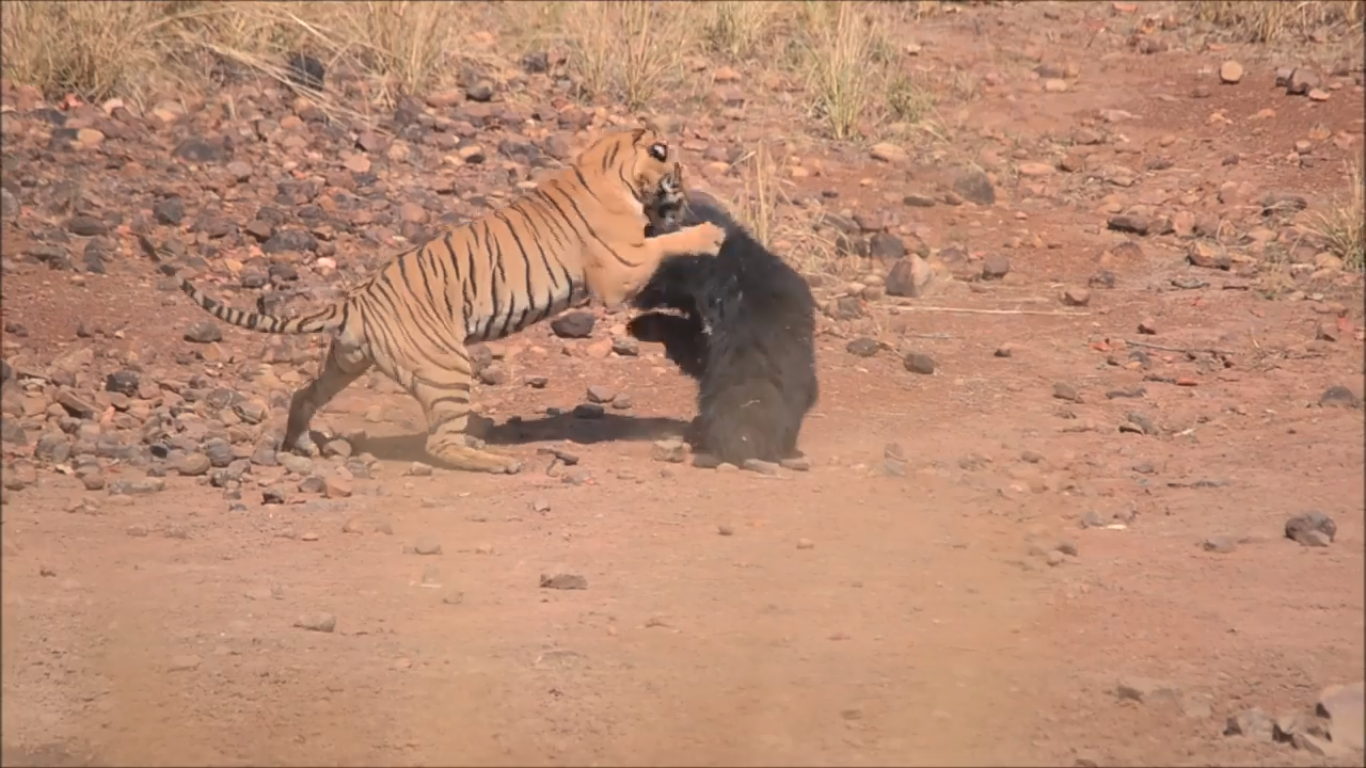 The Tiger and the Bear were injured from the fierce fight, but fortunately enough the young cub ran away to safety before being mauled by the tiger.

The Fight Was Captured By The Chief Naturalist Of The Park

The video was shot by Mr. Kumar when he was guiding a safari and the clash caught their eyes. The people in the safari were at safe distance during the fierce clash, otherwise it would have caused some serious damage to the bystanders, as the bear and the tiger are apex predators. The video instantly became a huge hit.

13 Of The World’s Oldest Pets That Will Amaze You