Are Dolphins Intellectually Superior To Us Humans? 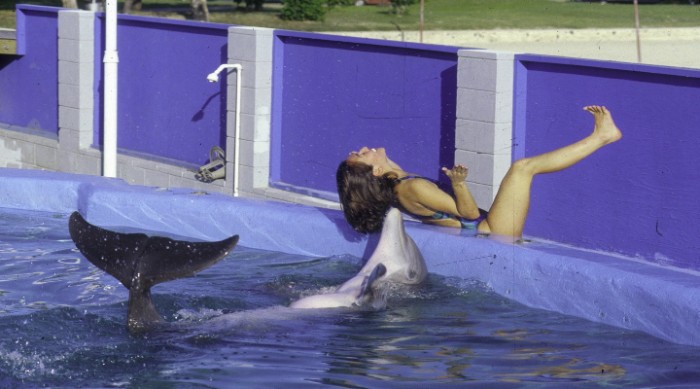 Dolphins are extraordinarily intelligent animals who also display culture, something which was long believed to be unique to humans (although now recognized in various species). Dolphins are altruistic animals. They are known to stay and help injured individuals, even helping them to the surface to breath. They are as smart as apes, and the evolution of their larger brains is surprisingly similar to humans. Dolphins are cetaceans, mammals that live in water bodies, and are found worldwide.

Among the different species of dolphins, life spans range between 12 and 80 years. Bottlenose dolphins live into their 50s, and orcas can live into their 80s. Typically, the bigger the dolphin, the longer the lifespan.

Humans evolved big brains for a reason: Human have the highest encephalization quotient (brain to body size normalized for mammals of our relative size) of any animal, about 7.4. The next closest animal is the bottlenose dolphin at 4.1, with our closest relatives, chimps, coming in at 2.3. Killer whales have the second largest brain mass of any animal on earth, next to the sperm whale. The brain to body mass ratio in some is second only to humans.

Killer whales, or orcas, have the second-biggest brains among all ocean mammals, weighing as much as 15 pounds. It's not clear whether they are as well-endowed with memory cells as humans, but scientists have found they are amazingly well-wired for sensing and analyzing their watery, three-dimensional environment.

They Have More Folded Cortex “Bigger Brains”, Which Makes Them Even Smarter Than Us 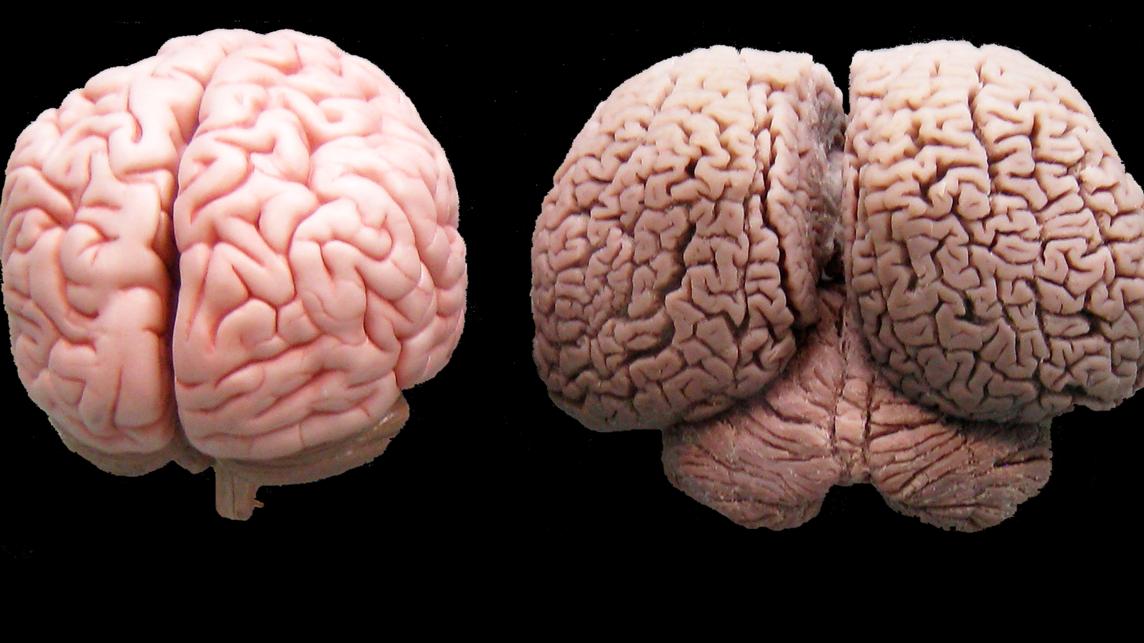 The more folded the cortex, the more room within the brain to house additional neurons (brain cells) with which to perform processing of information. Recently published information regarding the increased folding of Albert Einstein's cerebral cortex compared to that of other humans supports this theory. The only animal to have a more folded cortex than man is the dolphin.

Unlike Humans They Learn From Their Mistakes 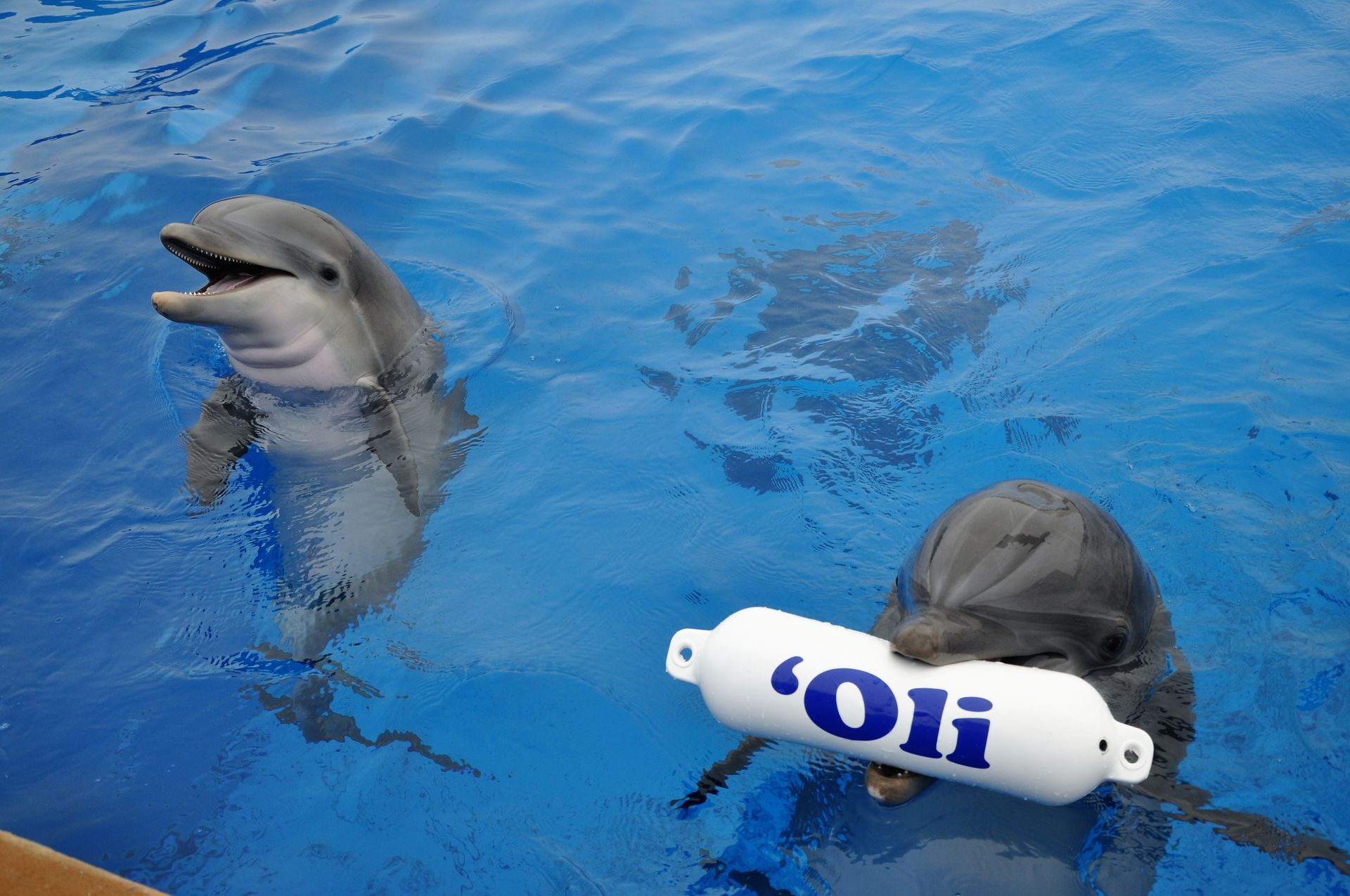 They can remember events and learn concepts, changing their behavior as a result of previous experience. They can communicate with each other during cooperative behaviors, manage relationships in their pods and raise their young. They can understand not only symbolic (sign) language words but can interpret the syntax (word) order of language.

This understanding of syntax is highly indicative of intelligence. Signature whistles produced by dolphins (see the "vocalization" chapter of this website) serve to offer some evidence that dolphins have a self-awareness, or the capacity to have a concept of "self" and to know that one exists as an individual being. Self-awareness exists in the brain's prefrontal cortex. Other than in dolphins, self-awareness appears to exist only in large brained primates and man.

Dolphins Are Good Mimics Too 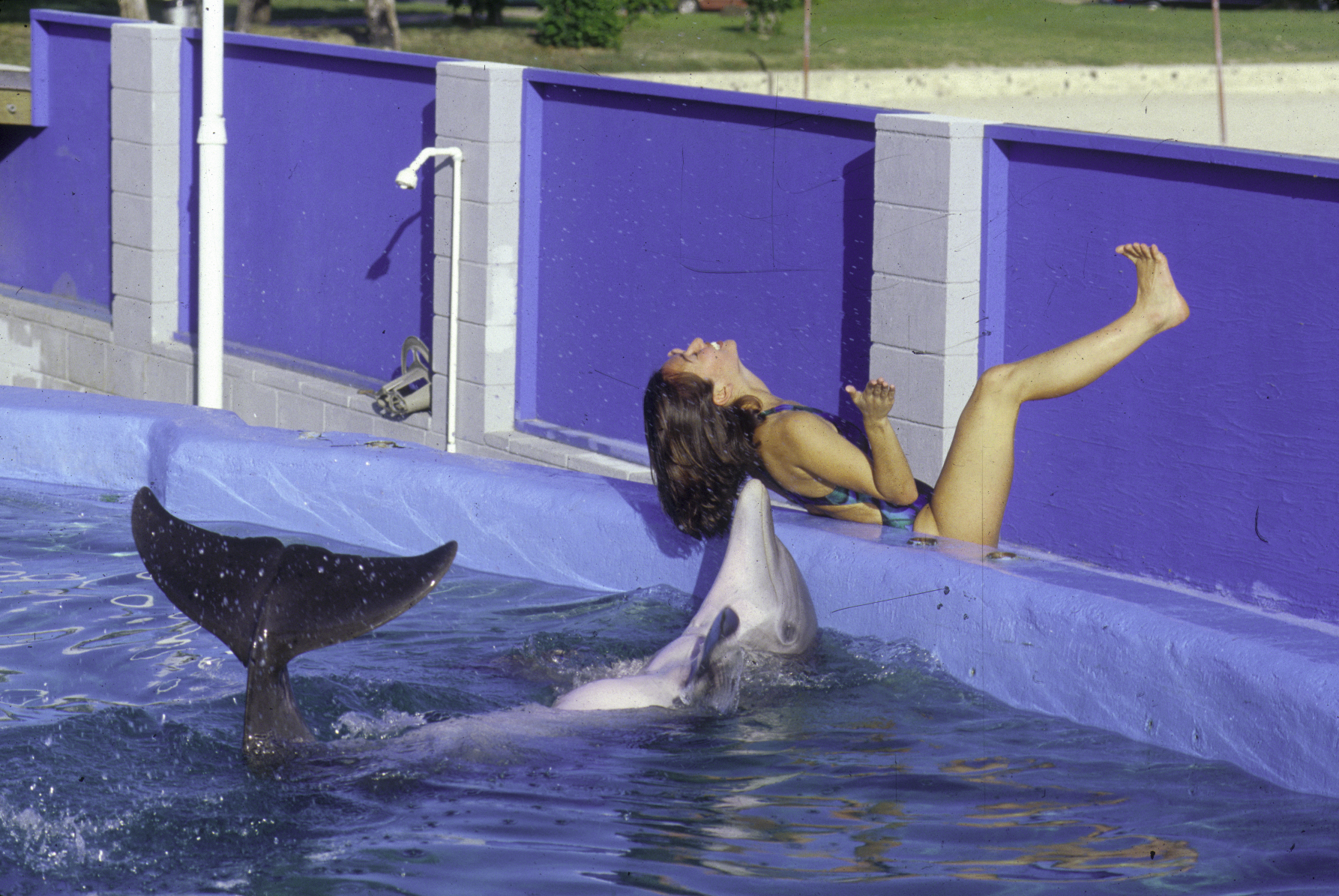 Dolphins, like humans, are capable of behavioral mimicry. In other words, they can imitate behaviors demonstrated by their human trainers. If a human raises his leg, the dolphin can recognize the relationship the human body part has to its own anatomy and will raise its tail. This indicates the animal can associate a part of its anatomy with the human form.

It can also mimic another dolphin. This is demonstrated by the performance of synchronous behaviors. If one dolphin is about to perform a bow (jump) another animal can copy this behavior and jump at the same time with this animal. One dolphin is said to act as a "demonstrator", while the other animal is the "imitator" of such behaviors. 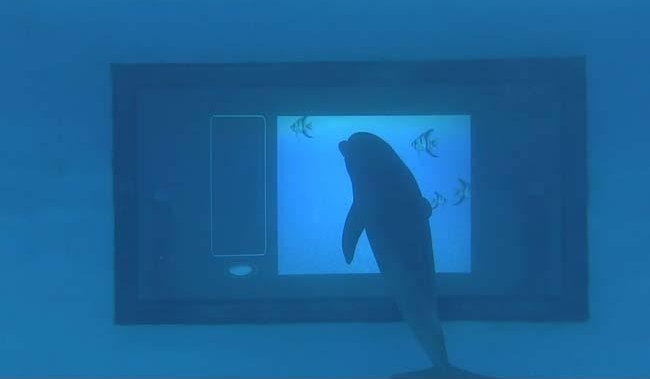 Dolphins are also able to interpret televised behaviors and to respond to gestures shown on the screen upon being exposed to television for the first time. This is the first demonstration in any animal species (other than the human) of behavioral response to televised gestures. Dogs, cats and chimpanzees have not shown such responses in similar research protocols.

This research has changed the way in which we have in the past classified dolphins primarily as acoustic specialists. We now realize they are visual specialists as well, using both sight and sound to succeed in their aquatic environment.

They Can even Recognize Themselves In The Mirror

Dolphins have been shown to recognize themselves in a mirror, using what is called "contingency testing", or making movements while examining themselves for this movement. This finding is unexpected as dolphins primarily experience the world through sound and their echolocation system would not function in a 2-dimensional (mirror) reflection.

They Can Remain Focused 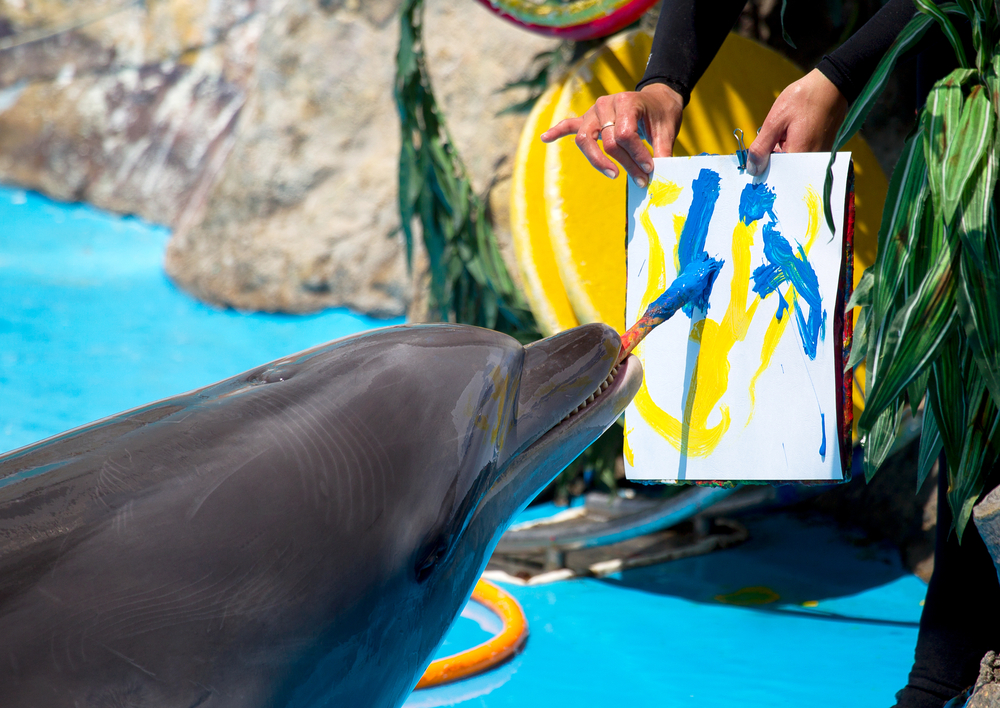 The ability of military personnel to watch a radar screen for hours on end without losing concentration was studied during World War II. A similar study of the dolphin's ability to remain focused on tasks requiring protracted concentration has yielded interesting results.

Using a program that flashes 60 images and sounds for 1 second each separated by one-half second intervals, dolphins were able to stay focused on the task of identifying the critical image or sound between 95-100% of the time. This demonstrates the dolphin's ability to remain attentive for long periods and to make rapid discriminations between critical and noncritical images and sounds with a high degree of accuracy

Besides being aware of themselves, dolphins experience basic emotions, engage themselves in some degree of abstract, conceptual thought, choose their actions, learn by observing, understand the structure of their environment, learn what works and what doesn't by solving problems. and create new solutions to problems with which they are presented. When interacting with man, they appear to recognize the difference between children and adults and tend to be more gentle and patient with children.

These 6 Toed Hemingway Cats Are Here To Save The Day