See how this 17-year-old boy turned his dream into reality. He has been rescuing stray animals for long and has now opened his shelter-EduPaçoca Institute. 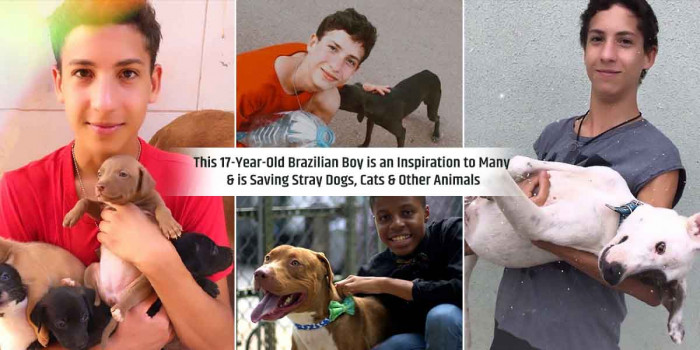 Today, when you stumble upon the internet, you would see several conflicts happening around the world, COVID-19 pandemic news, and other traumatic news. Amid these never-ending conflicts, when you hear about the heartwarming deeds, you feel surprised.

Who doesn’t love animals? They are cute and the most adorable creatures on the planet. But not all who love animals could offer them shelter for several reasons. While some people own pets, others help stray animals in giving them shelter and do everything that is possible.

For instance, a Brazilian named Amarildo Silva recycled old tires and creates a home for stray animals. He used to collect old tires from the streets and then cut them in an appropriate shape. He further paints them and draws unique designs on them. What’s amazing is he also writes the name of animals to give it a more appealing look. 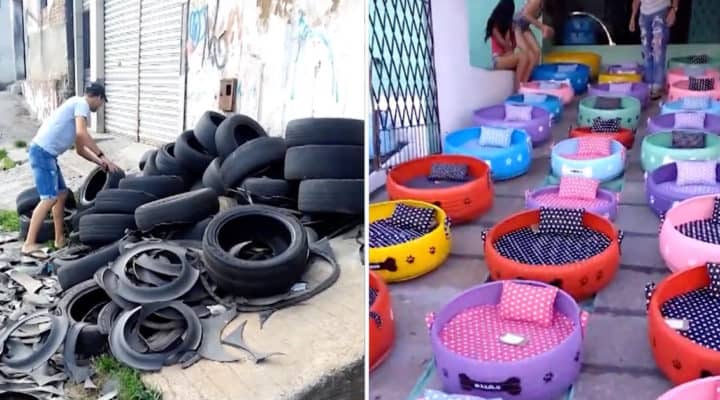 Another incident is of a 12-year-old-boy who makes cool bow ties for stray animals. He makes designer bow ties for cats and dogs to make them look more adorable and find a home. Darius Brown from New Jersey has proved that age has nothing to do when it comes to helping. He helps in rescuing the dogs and cats by helping them get noticed in the eyes of potential caretakers.

“When animals wear special accessories like bow ties, bandannas or scarves, it often helps catch the eyes of potential adopters. The ASPCA Adoption Center team has enjoyed using [Darius’] bow ties to promote the dogs in our shelter.” 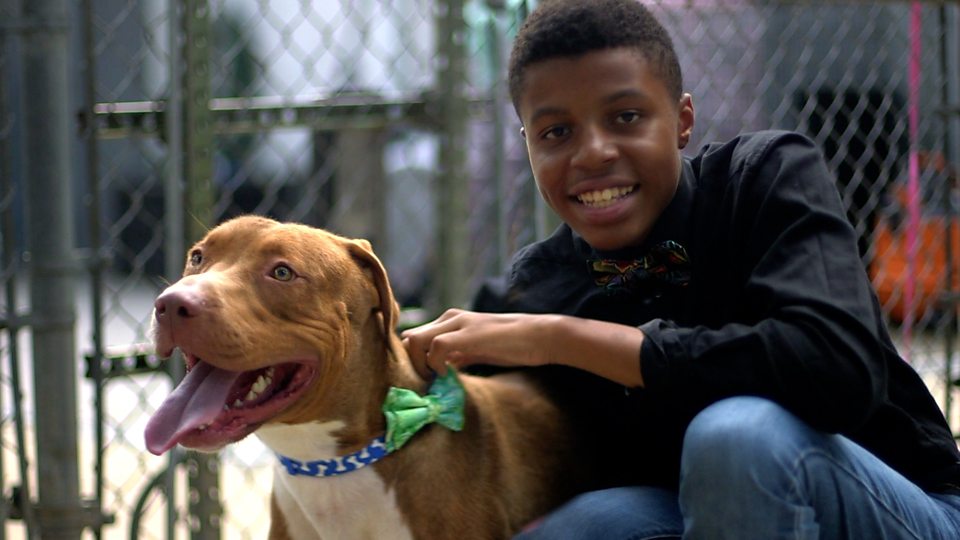 It is hard to believe that young individuals are doing so much for stray animals. Another incidence that caught everyone’s eyes is of Eduardo Caioado. He is a 17-year old boy from Brazil rescuing abandoned animals around his street from a young age. 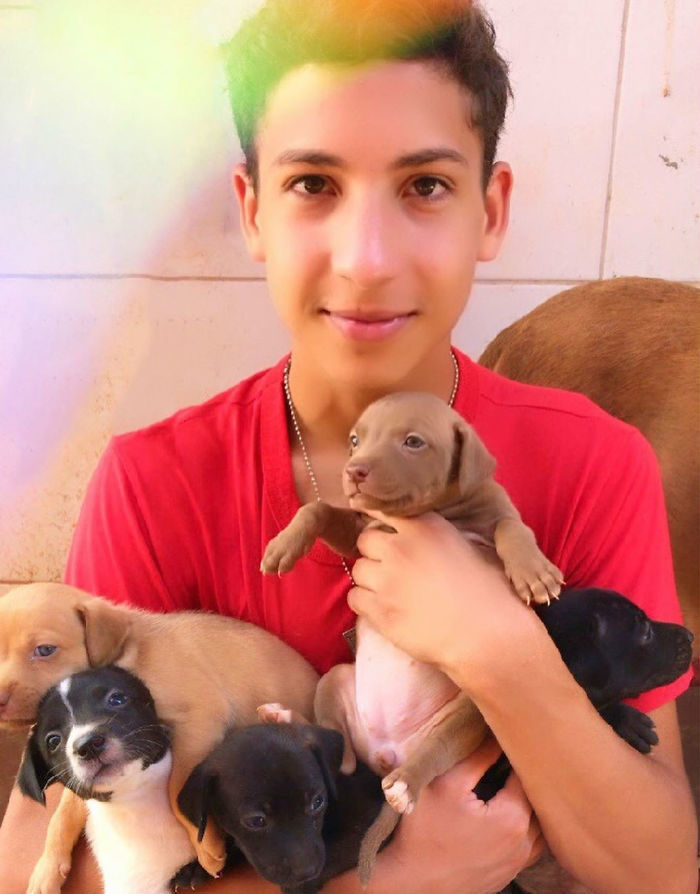 He is a huge animal lover and has been rescuing stray animals since he was 9. He always dreamt of owning a shelter and made this dream come true.

“I try to make this world a better place. And I know that the miracle that people ask of God is in the action that is done on a daily basis, whether it is feeding a stray dog ​​or helping an elderly person by writing some letters. This year, I implemented a great dream of building my institute. I rented a house and have sponsors who help with expenses. I go there every day. Sometimes I hitchhike, sometimes I ride a bike for 30 km, but I never complain because it was always what I dreamed of. I don’t want a dog depot, but a home. I want them to know that even if they are not adopted, they will be with me until they grow old and die.”

The area where he lives is extremely cold. Due to this, several dogs died of hypothermia. So, he started collecting blankets, creating houses with basins, and feeding them.

“The region where I live is cold, and many stray dogs were dying of hypothermia. There are no public actions, so I decided to help. I was collecting blankets, creating houses with basins, and feeding them. In a week, there were three, then more dogs would appear, and when I went to see them again, there were already ten. Everyone followed me.” 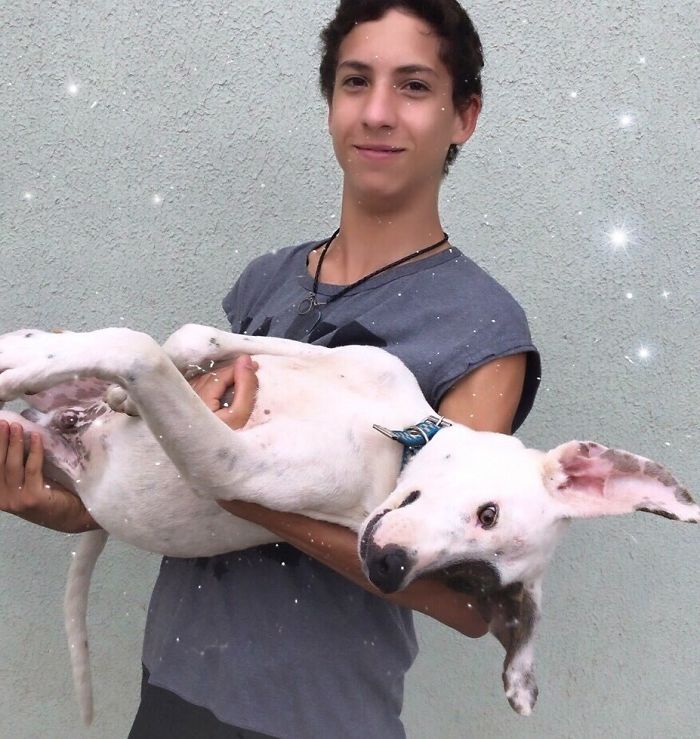 It was in last March when he got the idea of opening a shelter. EduPaçoca Institute is the first shelter in the city. The animals also have feelings for us. He shared an incident about how a dog named Baino brings gifts for him. Today, the shelter has 22 dogs and 4 cats that were all rescued by him.

“In those years of feeding animals on the streets, I realized that they have feelings very similar to ours. There is a dog named Baiano who always brings gifts for me: a bottle, a bowl, or a leaf. I had the idea of ​​creating a different place. A nursery with colors, toys, recreation, activities, music, dancing, theme parties, and birthdays.”

Opening an institute was challenging, but after knowing that everyone is safe and happy, he feels blessed.

His Future Plans for the Institute 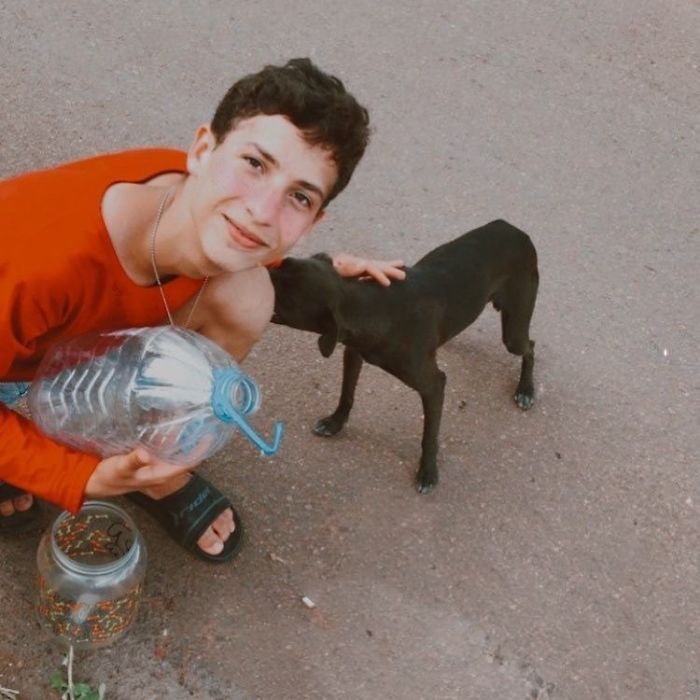 The goal of the 17-year-old boy is to find a home to the stray animals and rescue more elderly dogs. He said,

“The plans for the future of the Institute are to expand, rescue more elderly and rejected dogs. The ultimate goal is to find them families, but until then, make them feel as if they already have a home. I don’t only want to treat the physical wounds of the animal, but their wounded souls.”

When he was 15, he was elected as one of the 50 Young Inspirers of the United Nations for a project that aimed to reuse rainwater for an ecovillage. Last Christmas, he also bought gifts for old people in nursing homes. He even threw a pajama party for his grandfather and showed his compassion to help others.

He wants to make Brazil a better place to live in. He often discusses environmental issues, animal protection, and human rights. It seems that this 17-year-old boy is inspiring several young individuals to contribute in any way to save the earth.

Stray animals struggle a lot in finding a home. Some find a home after a long wait, others might never get the chance to have a family. But, if the world has people like Eduardo Caioado and Amarildo Silva, then surely these stray animals would never struggle again.

Do you know anyone who is providing shelter to the stray animals and caring for them like a family? If yes, then don’t forget to share them.