Two of the Thylacines were displayed on the Tasmanian Coat. You can notice red lion’s holding a shovel as a tribute to Tasmania’s miners. 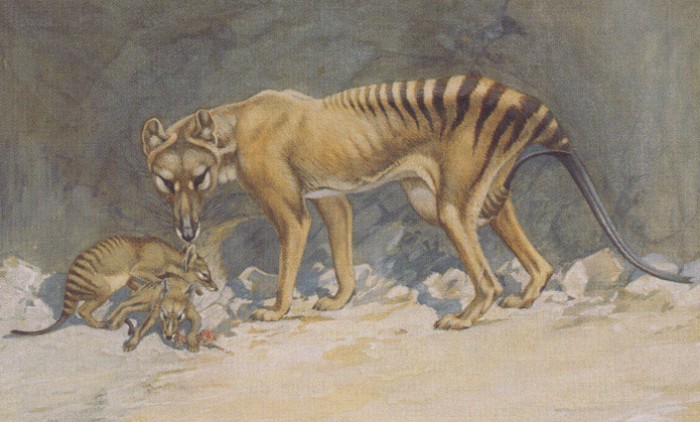 The thylacine, or commonly known as the Tasmanian wolf or Tasmanian Tiger is believed to become extinct in the 20th century. Almost 80 years ago, the last thylacine died at the Beaumaris Zoo in Hobart.

1) How did it get name – Thylacine Tiger 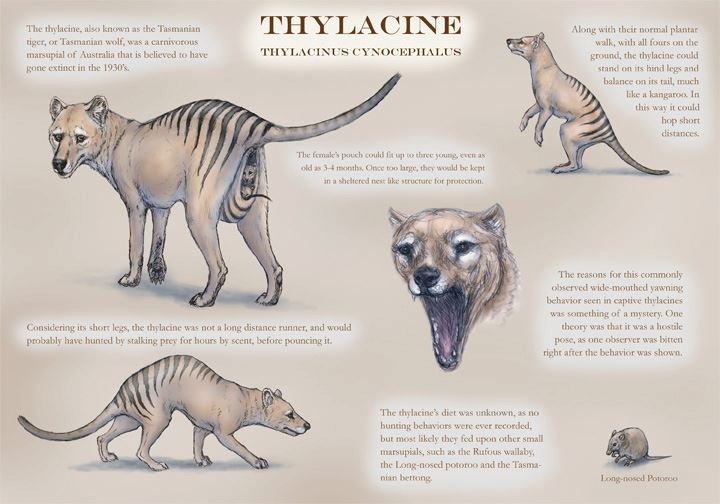 It got a name because it behaves and acts like two animals. They were nearly related to canines and felines. The thylacine was neither a completely wolf nor a tiger but a marsupial related to the Tasmanian devil. 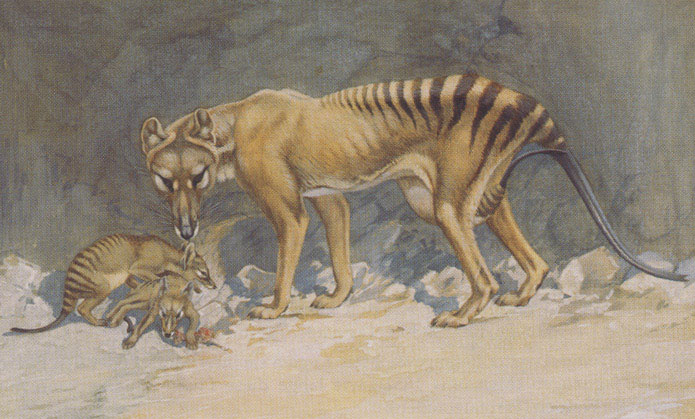 Thylacines were the world’s largest pouched carnivore. They measured 100-140cm;s long and the tail added 60-65cm to its length. Tasmanian Tigers weighed 30-35 kg's. They looked like dogs with yellow fur with black strips all the body and had the rodent-like tail. (1.1) 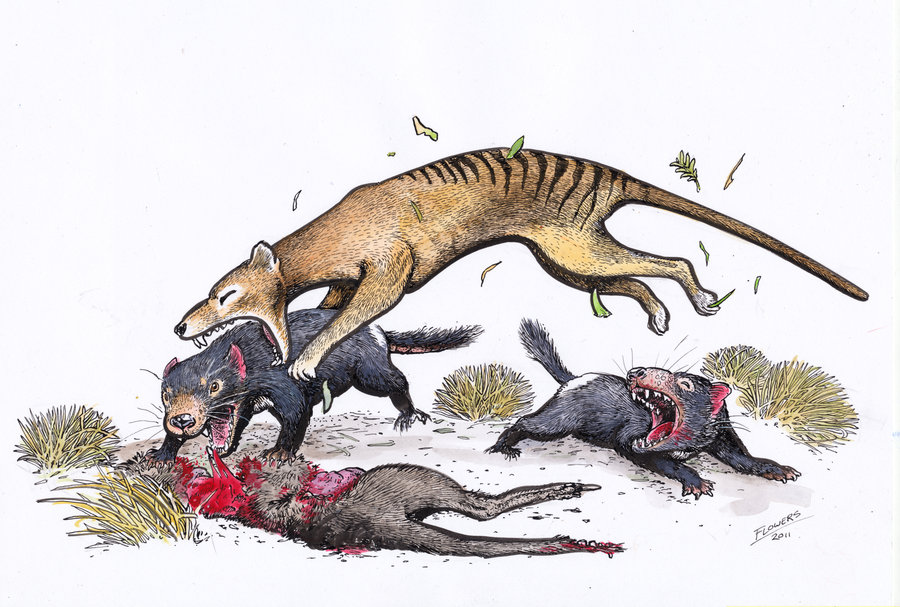 They were meat eaters. They were noted hunting sheep, kangaroos as their food. The lesser-known fact about these Tigers was that they could open their mouth up to 90 -120 degrees but they were unable to kill large prey because of their weak jaws.

4) They can hop on Two Legs 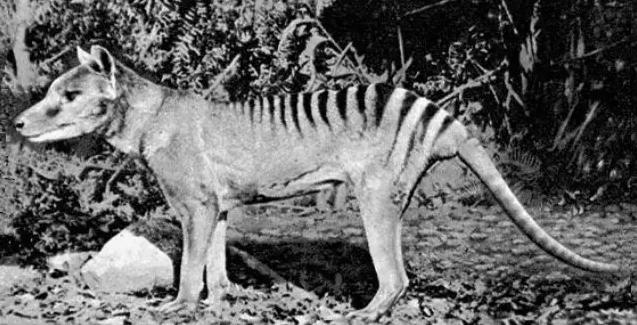 Just like other animals Thylacine walks, run, but some footage showed up that they could hop on two legs. They were seen bouncing for quite a short period of time. 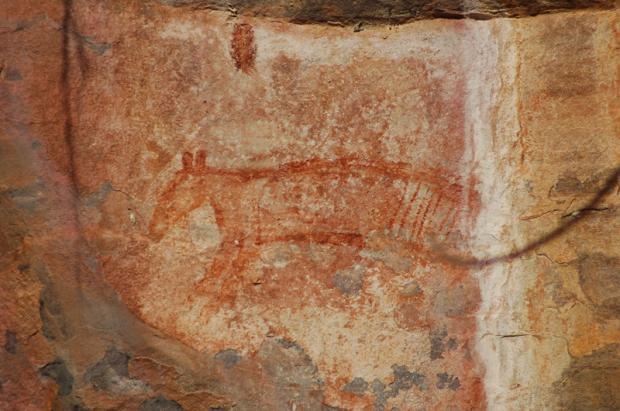 Some 40,000years ago, an artist left his painting on a rock in northern Australia. The site also involved different figures of human, fish and Kangaroos. 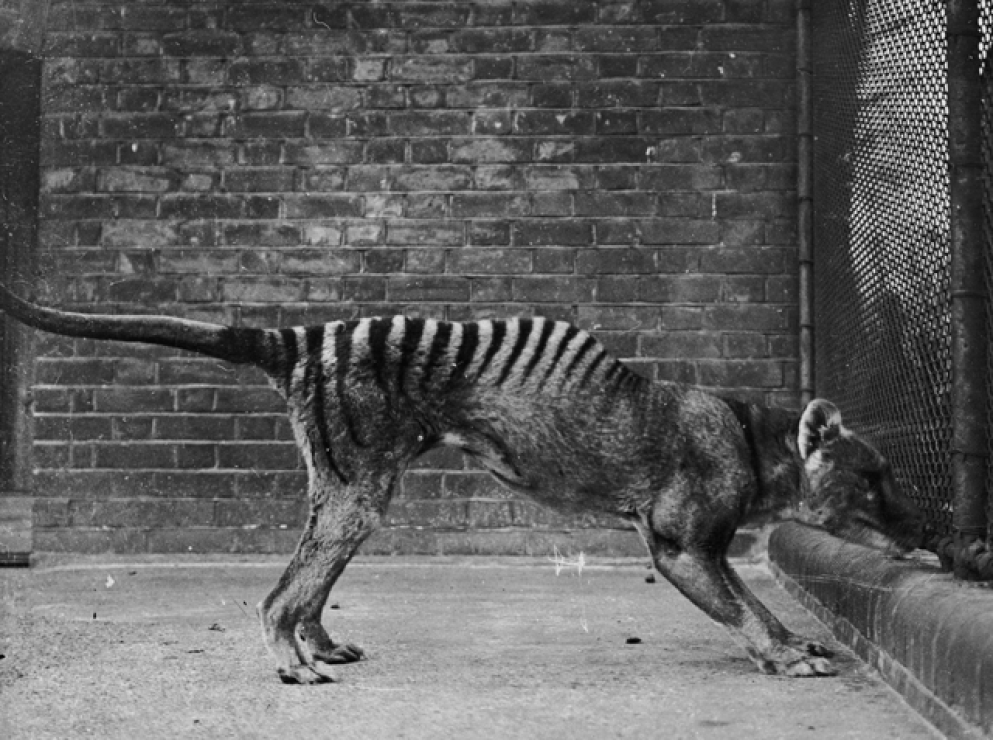 The female thylacine had a pouch but unlike other marsupials, this pouch opened to the rear portion. Males had a scrotal pouch in which they could withdraw their scrotal sac. Sometimes they were also referred to as the yellow-brown coat with unique stripes on the back and because of that thin tail, it got its nickname as the tiger.

A female Thylacine could carry 3-4 hairless babies, as they grow up the pouches expanded to accommodate them. As they became some mature, the female Tasmanian would leave the young ones in a lair such as cave and leave for hunting. 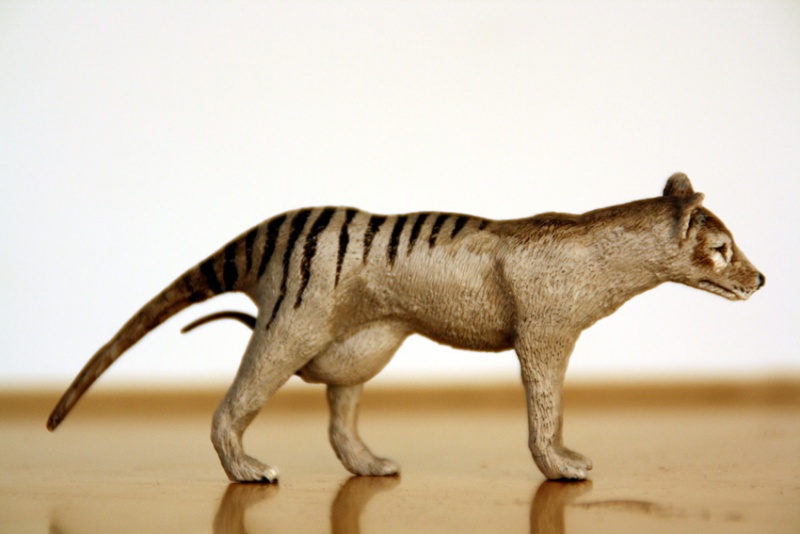 The last Thylacine was the male tiger. He was noted one cold September night, he succumbed to the cold temperature and died without any whisper. Just a couple of months before he died, Tasmania declared the Thylacines as the protected species. (1.2) 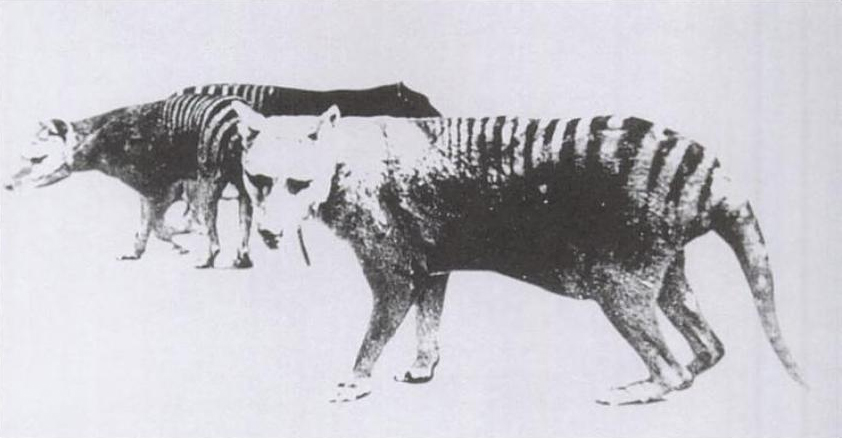 Unlike other native animals like cats, wombats, these Thylacines had a large rear pap and 4 pads arranged in almost of the straight line. Their claws were non-retractable. (1.3)